One of the first games I ever played on PlayStation was Oddworld: Abe’s Oddysee. I remember opening up the jewel case, adorned by a creepy looking creature with his mouth sewn shut, with no idea of what to expect. Over the course of the next few weeks I became acquainted with that creature called Abe, and slowly made my way through the difficult puzzle platformer at a slow, but steady pace.

2014’s New N’ Tasty is basically a recreation of that same experience from 1997, for better and for worse. 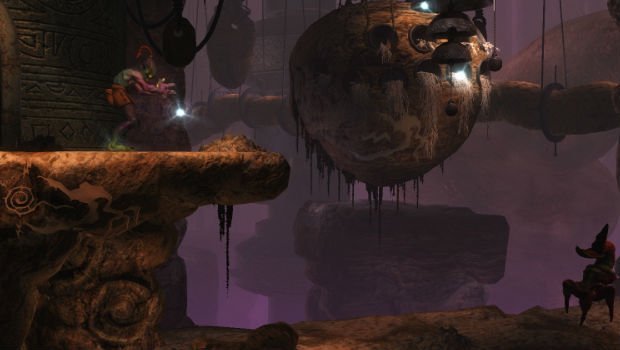 New ‘n’ Tasty kicks off in the bleak, factory-like setting of RuptureFarms. The (formerly) titular Abe is a Mudokon, a peaceful shamanistic race that is now slaves to the Glukkons — a parody of evil corporate businessmen, right down to the cigars. Before the game starts, everything is running at status quo. Mudokons are slicing up and processing other races into meat to profit the Glukkons, but recently, profits have been down. Abe wanders into the boardroom one day and spies a new strategy — the Mudokons are going to be the next main course!

Without missing a beat, Abe is immediately forced on the run, and your journey to escape RuptureFarms and embrace your destiny begins. One of the best aspects of the original was its compelling world. Within the first five minutes of the game Abe’s Odyssee exhumes more lore than many other titles provide in five hours. You’ll see Abe’s race, a pack of Glukkons laughing over the demise of an entire species, and plenty of backstory to give your quest purpose.

The moody atmosphere of the factory is sufficiently terrifying, as are most of the inhabitants that fill them up. So how does New ‘n’ Tasty play? Simply put, it’s a puzzle platformer built around Abe’s abilities (or lack thereof). As you can probably tell, Abe is a fairly meek individual. He has the power to run, jump, chant (more on this in a minute) and sneak, as well as use a rudimentary communication system by way of button combinations (hello, follow me, wait, whistling, farting, and laughing).

He’ll use the latter ability to start conversations with fellow Mudokons, and lead them into set gates to allow them to escape. The main problem? His friends aren’t so smart, and will literally keep on running into hazards or enemies unless you specifically tell them to “wait,” clear the way, and then tell them to follow again. Clearly, New ‘n’ Tasty wears its puzzle tendencies on its sleeve, as you can’t rush into things head-on every single time.

Instead, Abe can make use of three different principles — wit, stealth, or confrontation. The former usually involves locating different switches, pulling levers that destroy or otherwise maim enemies in a deceitful manner. Stealth involves holding down the sneak button (which will in turn teach your friends to sneak around) to get by, carefully ensuring that you won’t wake sleeping enemies.

But the third way is probably the most interesting. Abe isn’t completely helpless, as his chant power not only opens up gates for his companions to escape, but it can possess destructive enemies to do some real damage. The catch is that he not only has to have room to chant for a full five seconds (if an enemy is in sight, they’ll shoot you down), but foes taken in this manner cannot jump — so it’s not a fool-proof solution to every puzzle.

For the most part, taking control of enemies never gets old. You can walk around and communicate with other guards, start a conversation, and gun them down where they stand before you overload your subject’s brain and make them explode. You can run your subject into a meat grinder and continue on your way. You can also scout ahead and use your poor possession as bait. The possibilities are constantly changing depending on the situation, and that’s what keeps the game fresh and exciting.

However, along with all that gameplay comes a few caveats. Developer Just Add Water has not only adapted the same great level design and aesthetic style, but the same wonky controls as the original. Abe’s jumping, to put it lightly — sucks. If you remember classic platformers like Prince of Persia where jumping from left to right moves you a certain amount of non-negotiable “blocks,” you’ll have the right idea of how imprecise leaping is. 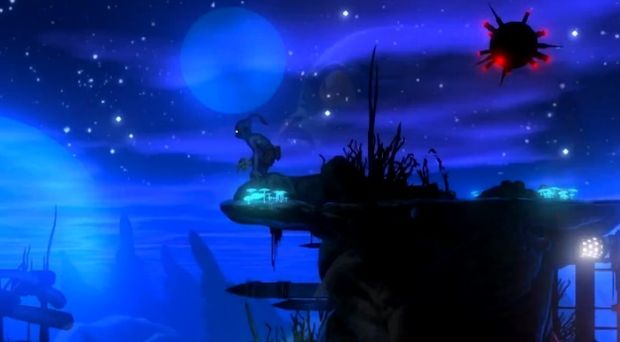 It’s very, very difficult to do some of the tougher platforming sections (think mines in clusters at your feet) with the control scheme. Sometimes you’ll try to get Abe to do a small leap, only to hit your toe on a set of mines and explode. Other times it’s tricky to get him to jump farther, leading to some unfun platforming portions where you’re fighting the controls to get to the next part of the level. I get why they recreated a faithful set of physics, but it doesn’t mean it’s ideal.

Additionally, not all of the game’s puzzles are created equal. Although the vast majority of the story is fairly open ended in terms of how to approach each problem (which is just as commendable now as it was at launch), some puzzles are either so obtuse that you’ll be spending quite a while divining the singular solution, or so easy that the concept feels completely wasted. As long as you’re willing to put up with a few of these sections, you’ll charge on through to the game’s more rewarding moments — but I have a feeling that casual puzzle fans will get too frustrated to continue.

One thing that does translate well though is the original style, overlayed on top of the beautiful new visuals. Oddysee‘s engine has been completely overhauled from scratch with Unity, and it genuinely looks incredible. For comparison’s sake I even went back and popped in the original just to see how much New ‘n’ Tasty has improved, and it was like I wasn’t even playing the same game. If you’re a huge fan Abe’s Oddysee, it’s worth buying it again just to see the world of RuptureFarms completely recreated like this.

Although the campaign is rather lengthy (roughly 10 hours depending on your skill level), there isn’t a whole lot on the extra side to tide you over outside of three difficulty levels, and the ability to go back and save more Mudokons for a better ending. There is a “co-op” mode (just like the original), but it solely consists of taking turns after each death, and simply cuts out the hassle of passing a single controller around — that’s it. 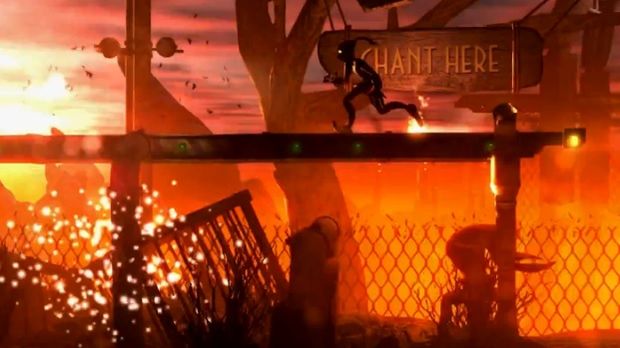 Oddworld: New ‘n’ Tasty is roughly the same frequently soul-crushing, yet unique and rewarding game it was in the ’90s. Even if you hated it back then, it’s probably worth investigating the remake just to see if your puzzle skills have improved, even if there aren’t a whole lot of extras ready for you this time around. In the end, Abe’s adventure is a tale worth telling.

[Disclosure: Destructoid writer Zack Furniss provided a voice in this game. This was reviewed almost a year before he was hired, we just figured that we’d disclose that fact anyway retroactively.] — CC, 8/5/2015