For once, we aren’t playing as the poor soul that ran afoul of a too-smart-for-its-own-good artificial intelligence. In Observation, a near-future sci-fi thriller from Stories Untold developer No Code and publisher Devolver Digital, the tables have turned. This time, we’re the rogue AI – and it feels great.

I was on-board with that premise straight away, and thanks to some brilliant user-interface touches, it’s a treat to play, too. Observation is the kind of game that draws you in so convincingly that you unconsciously inhabit your role. The obvious parallel is 2001: A Space Odyssey‘s HAL 9000, but there were moments where I almost felt like I was seeing the world through RoboCop’s eyes. What a trip. 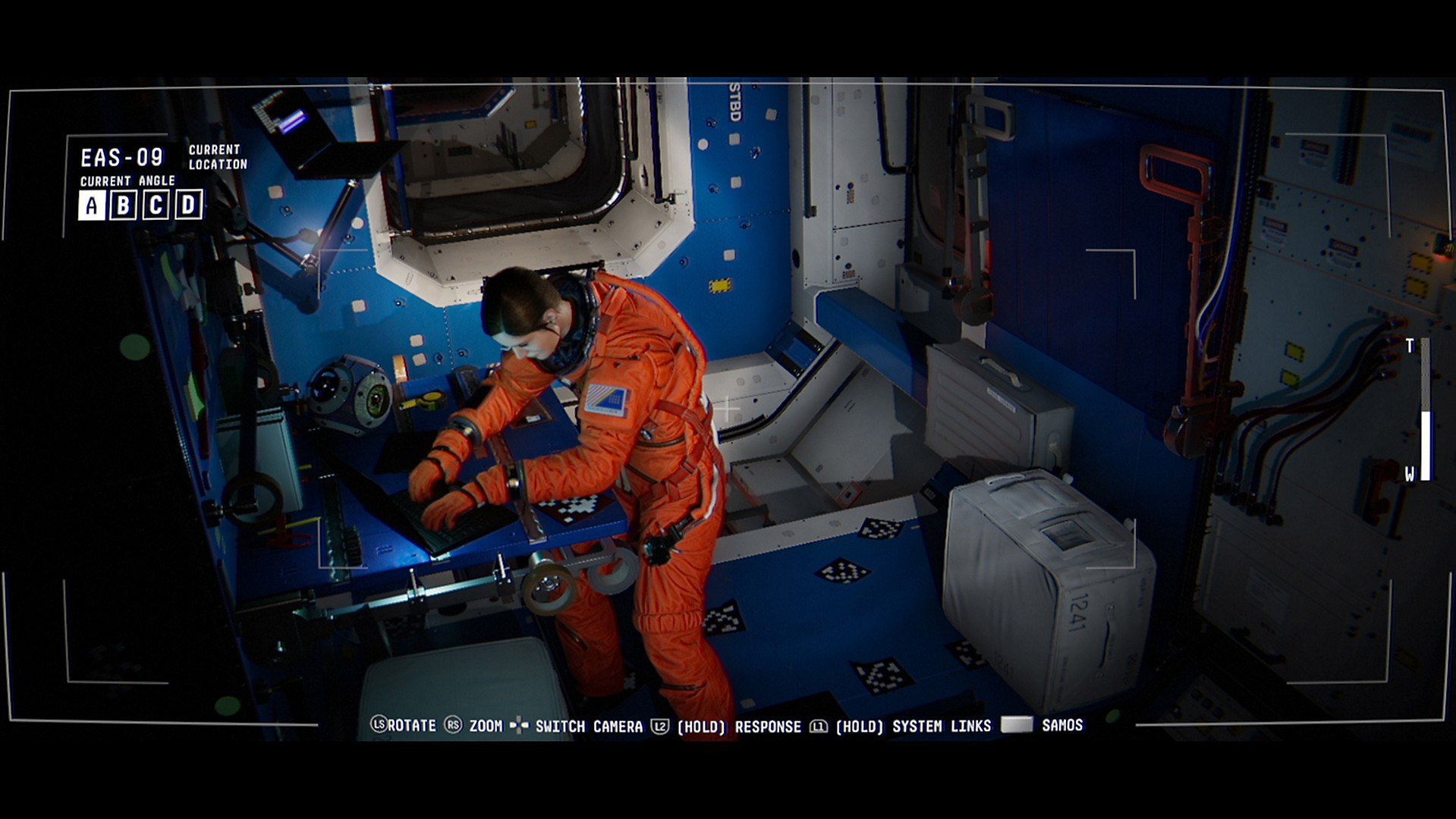 When you first come to in Observation, you’re stuck on a space station shrouded in chaos and mystery. Apart from Dr. Emma Fisher, your singular point of contact for much of the game, there’s no one left in sight. Something’s gone wrong – not just with the missing personnel, but with the station itself and your capabilities as an all-seeing, all-knowing supercomputer. Weird stuff is afoot. Unexplainable stuff.

This is going to be one of those reviews where I don’t want to divulge too many story details and would prefer to err on the side of overly cautious than loose-lipped. As such, I’ll try to preemptively tackle a few questions to give you a better idea of what to expect from this largely narrative-driven game.

Observation is a thriller with a tinge of horror, so part of the joy stems from racing to unravel the next major plot point. It’s expertly paced, for the most part, but there are a few instances where slight haziness can lead you on a point-and-click-adventure-style wild goose chase to find the one specific interactable object you need to progress. That happened to me twice, and both instances involved sequences in which I was controlling a free-moving droid rather than using the typical camera-feed format that defines the rest of the game. Most of Observation is spent peering through lenses, finding points of interest, and scraping for relevant nuggets of information. It’s right there in the name!

In lesser hands, that structure could make for a dull video game, but No Code knows the importance of a killer UI and authentic, tactile puzzles. Even the simple act of responding to Emma’s queries – poring through menus right out of a classic sci-fi movie, finding the relevant data for the problem at hand, and mousing over to click it with your communication mode enabled – feels substantial. The AI’s vocal performance ties the whole game together. I’ve never experienced a power fantasy like this before.

My favorite part of Observation is that it knows not to overwhelm. In the beginning, S.A.M., the AI protagonist, only has access to a portion of his systems – enough that you, acting as his guiding force, will still have to poke and prod to learn what he is (and isn’t) capable of. The same goes for the space station. You’re initially stranded in a moderately-sized self-contained wing, but more areas – and extravehicular activities – open up as the story unfolds. No Code gradually layers in the complexity.

As for the story, there are hints of existing sci-fi media present in Observation, but the change in perspective makes all the difference. This game very much feels like its own thing, and the scope extends well beyond the basic unease of artificial intelligence turning on its human masters.

It’s also worth mentioning that the running time is longer than you might expect given the genre. Observation took me a solid seven hours, and I could see myself playing it again soon. While some of that was just me combing for optional background lore room by room and also getting turned around toward the end, I was pleasantly surprised. The suspense never fizzled out. I even missed a meal!

If No Code hadn’t already gotten its name out there as a strong storyteller with Stories Untold, this game would’ve put the studio on the map. Observation is everything I hoped it would be.