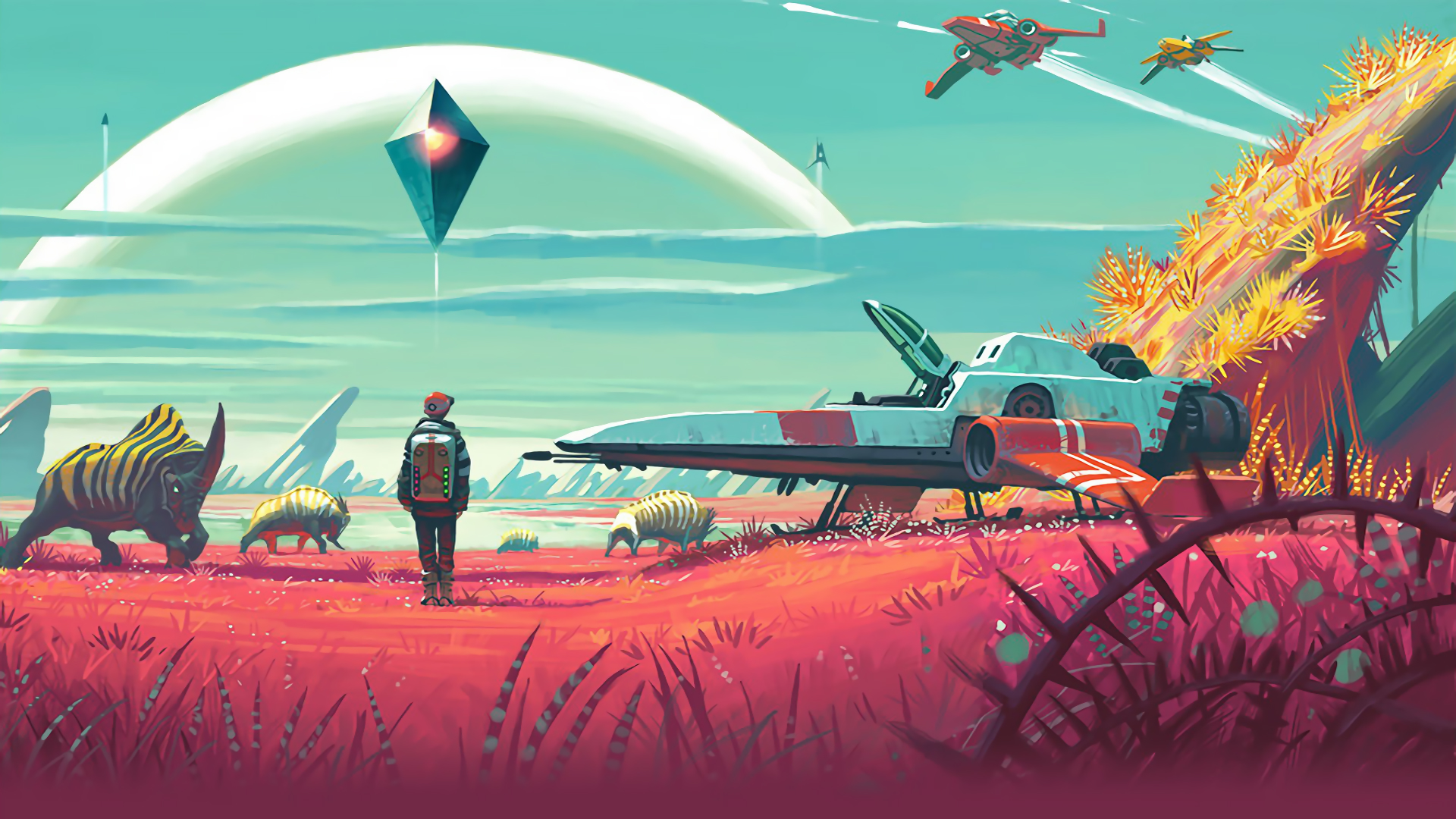 The last time we checked in with No Man’s Sky, I successfully repaired my ship, struggled with the inventory system, started to feel some fatigue from repeated elements of the random-generation algorithms, and was generally having a chill time exploring.

Inching ever closer to the center of the galaxy, not a whole lot has changed. 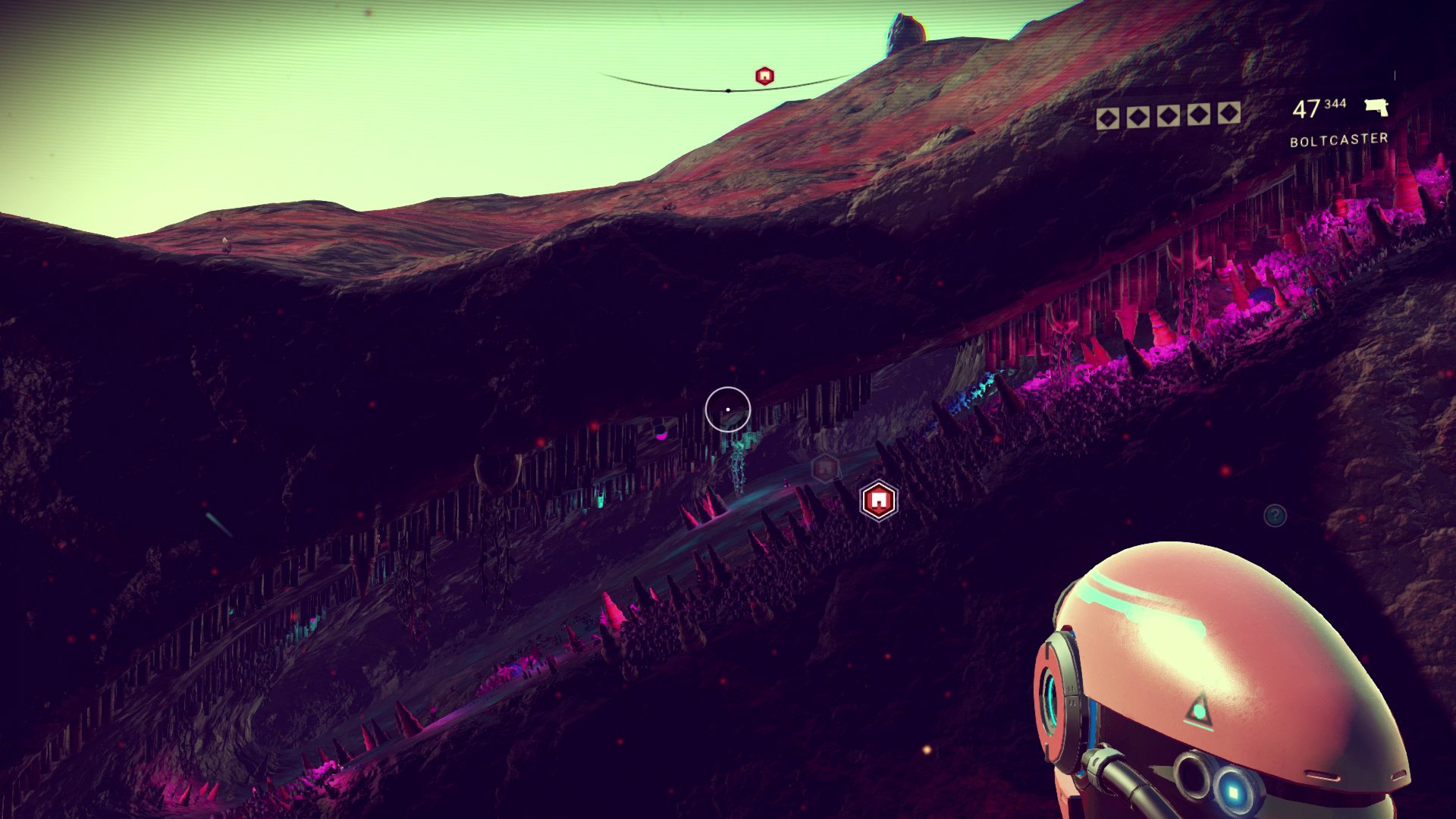 So remember when I talked about how in a couple of days of straight play, once I figured all of the inner works out, I’d have a laugh about how obtuse the inventory systems worked? Well, that’s half true.

That’s mainly because the inventory upgrade system is part random. Players can opt to go look for shelters and other shortcuts to locate extra slots for their exosuits, multi-tools, and ships, but outside of the latter (where you can merely purchase a better ship with credits earned by selling anything), you’re really at the mercy of RNG — which would be fine if it wasn’t against the entire “discovery” spirit of the game. I get the need to gate some critical path progress (and what an iron clad gate that is), but punishing players for just taking off in their ship and moving several hundred feet away on a planet’s surface by expending 25% of their takeoff fuel is mind-boggling.

Even later on during a particular playthrough, when you have more than enough resources to fuel all of your gear, why does it take multiple clicks (so to speak) to refuel them all every several minutes? Add that to some very strange design choices, like a separate “sell” menu for your ship and your exosuit when you’re at a trading terminal, and the inability to remap any buttons, and you have a recipe for a confused interface. I also encountered a few hangups and bugs like tooltips showing early-game tutorials 30 hours in. It all works and the sheer power of the procedural generation power is staggering, yet it’s clear that it could have used some extra time in the hopper.

But there’s another side to that coin of course, and that side is pretty damn shiny. As it turns out, the enhanced focus on survival (read: juggling a limited inventory, Resident Evil style) make the rewards all the sweeter. Finding a brand new badass multi-tool that basically looks like the Lancer from Gears of War, all because I handed over my own to an unknown lifeform that I barely understood, is very cool. And so is going back later and chatting it up with him because I learned more of his language. Other highlights involve learning little tricks and rules here and there, like grabbing chemicals from the plants at a space station. No Man’s Sky is full of those minute junctures — tiny hurdles that you cross to make the journey that much more rewarding. Is the juice worth the squeeze? That’s for you to decide.

Granted, some of it is a mirage, hidden behind forced elements that become more prevalent over time and mess with those feelings of joy. Naming planets, befriending creatures, and locating a water-filled cave is a rush the first 10 times you do it, then it ceases to amaze. Yet, with all those complaints, No Man’s Sky remained addicting throughout my time with it. Every time I scan the surface of a planet and see another icon, I want to go to it. Then I think I’m done for the day, see another icon, and think “maybe that’s a word I need so I can better talk to the Gek race,” or “that monolith off in the distance looks like something I’ve never seen before.”

Outside of the aforementioned muddled menus, the beautiful visuals and incredible electro-centric soundtrack cement all of those moments of wonder. I might not be all that impressed by the actual biomes, but even with the pop-in, it’s a serene feeling to fly around in space or on-planet. I initially thought of No Man’s Sky as something I’d want to get lost in for weeks on end like Minecraft, but I think it’s more of an “every once in a while” type of thing. It’s a chill time that’s at-odds with so much of itself. No, it’s not worth championing, nor is it worth rioting or fighting over. 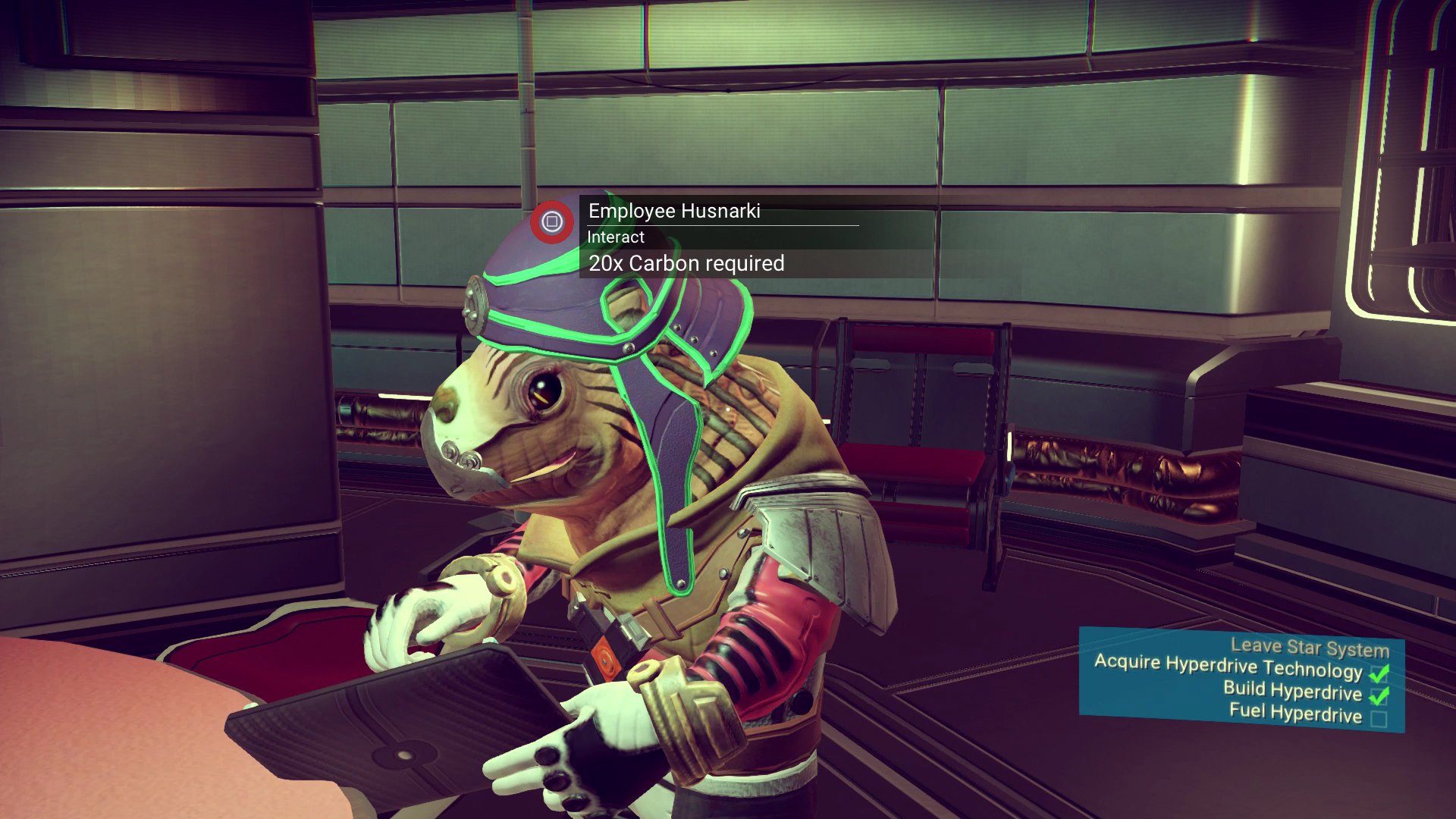 No Man’s Sky isn’t quite what I thought it would be. It’s a fun sandbox game that’s full of wonder, until it isn’t. Unlike other similar titles, the magic fades over time, because 18 billion planets (sorry, 18 quintillion) don’t matter if it feels like there’s only truly 20 unique ones. I wouldn’t recommend No Man’s Sky if you don’t like getting lost — but for those of you who do, wander away.