Nioh was something of a surprise hit in 2017. Many of us saw the Sengoku-era action-RPG – a brilliant fusion of From Software concepts and Team Ninja’s own Ninja Gaiden – as a return to form.

It’s not every day that a faltering developer enters a well-worn subgenre with a new IP and hits a home run on its first swing. Nioh was wonderful at launch, and it only got better – and far bigger – with updates and DLC. I sunk hundreds of hours into this game hunting demons for tiered loot while trying to perfect my character build across multiple New Game Plus campaigns. The rabbit-hole went deep.

Can Nioh 2 have the same impact and wow factor in 2020? Honestly, not quite – but it’s freaking great. 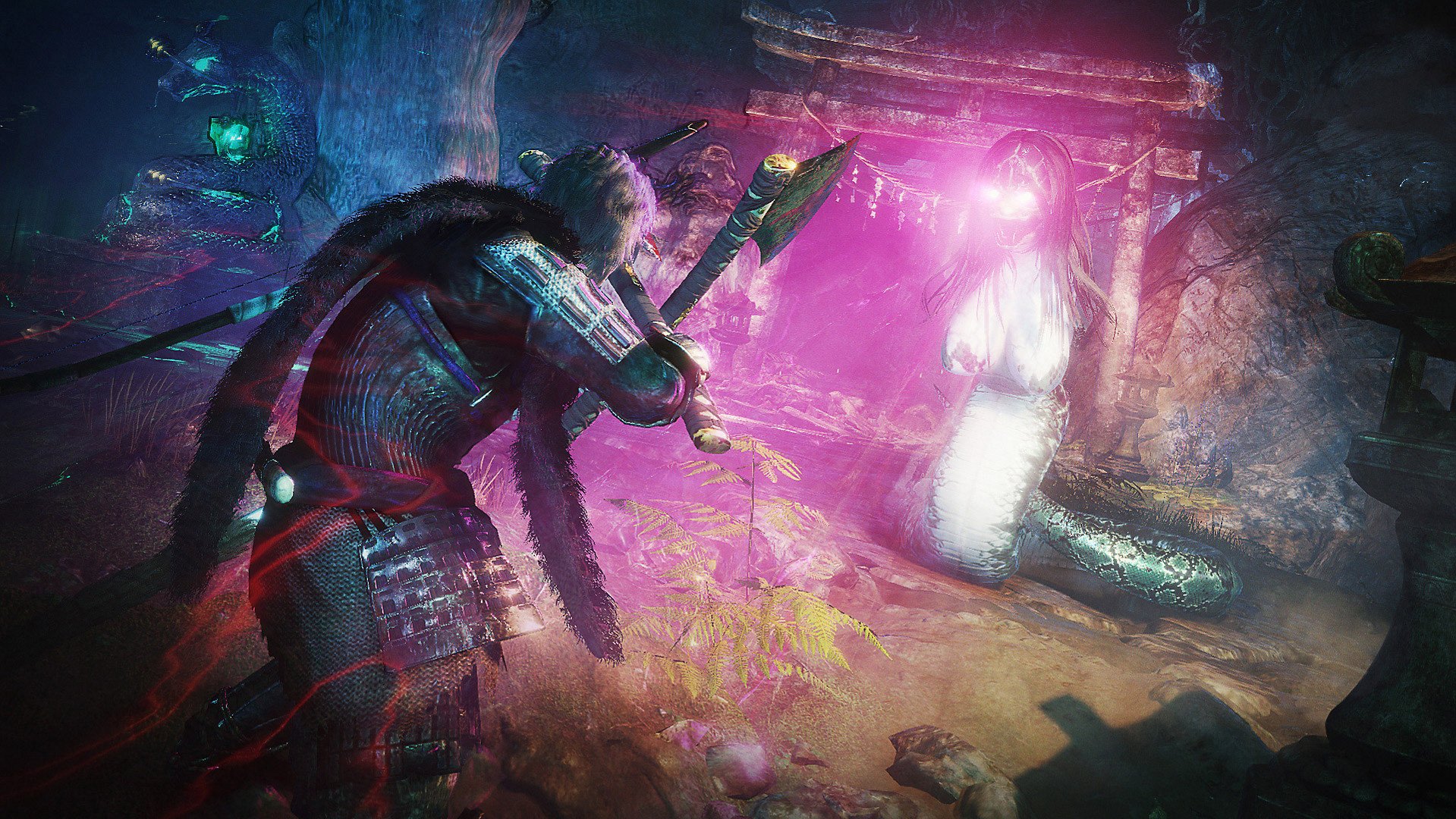 After unlocking a few early nodes in Nioh 2‘s expansive combat skill trees, it all came rushing back to me. I remembered how – and why – I poured so much time in this dark and wacky alternate-history Japan. The wonderfully gross creature designs, the highs and lows of hard-fought boss battles, the (borderline overwhelming) versatility afforded to nitty-gritty character builds – it’s all so intoxicating.

If you loved the first game, you’re going to love the sequel. If you struggled with reused levels and enemies, or the unforgiving difficulty, or all the time spent harvesting gear and comparing stats in menus, don’t expect to feel vastly different about Nioh 2. Team Ninja has improved most of the core elements to varying degrees, but the experience is very familiar. Not dull, or stale, just familiar.

Even as someone obsessed with the original Nioh, I found some of the sequel’s refinements subtle at best. And while I’m sure there are way more tweaks to individual weapon movesets, Onmyo spells, Ninjutsu traps, and equipment synergies than I realize, I have to admit, I was initially a little underwhelmed by a perceived lack of change. If you’ve only caught a few early glimpses of Nioh 2, you could feel the same way. You might be wondering if this is a “true” sequel, or more of a half-step.

It’s a tricky question to answer – and I feel differently now than I did at the beginning of the sprawling 40-hour-plus main story. Nioh 2 does a few big new things exceptionally well, and leaves almost everything else ever-so-slightly better. I think that was the right call for a three-year turnaround.

I kept expecting fatigue to set in, but it just hasn’t hit me yet. I can’t seem to put Nioh 2 down.

You won’t play as William, the weirdly kinda likable Irish-sailor-turned-samurai protagonist of the first game, in Nioh 2. Instead, you’re a Shiftling – a half-human half-yokai hybrid. You’ll design your avatar from scratch with a new (and fairly in-depth) character creator, which is something a lot of players seemed to want, myself included. You can even fine-tune the look of your horns in demon form.

There is a trade-off, though. With its new silent protagonist, Nioh 2 struggles at times to tell an emotionally resonant story, and that feels like a major step back. It’s not a complaint I ever expected to have – and the plot does eventually pick up and ultimately stick the landing – but it can be jarring. I didn’t think Nioh‘s story was amazing by any stretch, and it also suffered from rapid character introductions that came and went too fast, but it felt more cohesive. It was easier to connect with.

The sequel starts in 1555, almost 50 years before William sailed to Japan, which is a convenient way for Team Ninja to let players use a custom avatar without abandoning the characters, events, or lore of Nioh. Rest assured, this is still a semi-historical folktale-infused adventure with legendary figures, feuding warlords, ghastly creatures, and those all-important spirit stones everyone’s always after.

Without oversharing plot details, there’s a nice duality in play between your character and their vocal companion, Tokichiro, a stone-seller who’s more complicated than he first seems. A significant chunk of the story deals with Oda Nobunaga and other familiar faces, some of whom were present in Nioh. These conquests tend to blur together, but the back half is much stronger in terms of stakes and motivation. Nioh 2 is one of those games that acts like it’s wrapping up only to pull the rug out from under you. 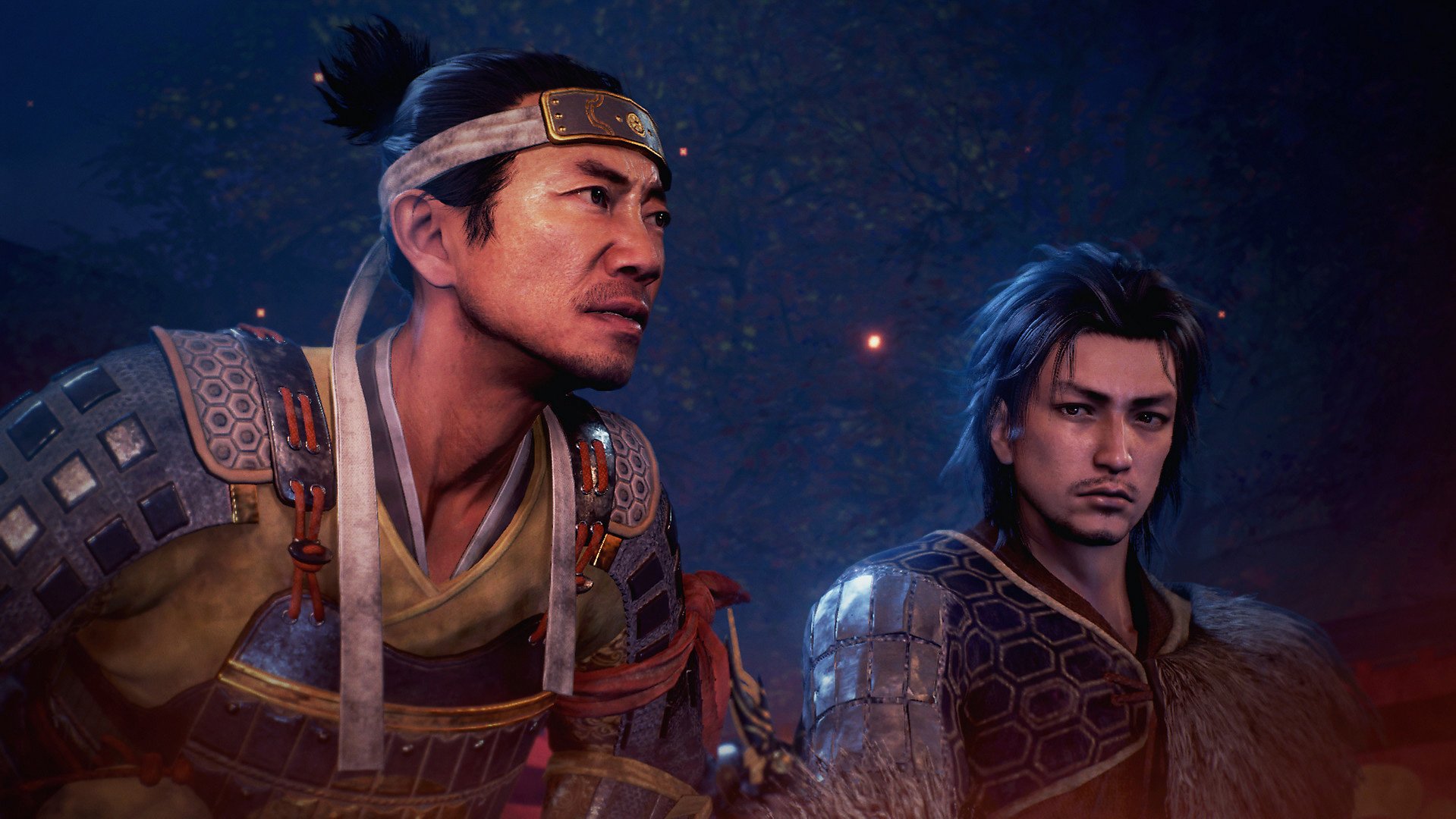 The combat – the main draw, by far – is as exhilarating and multifaceted as ever. That goes for fights against run-of-the-mill creeps and the fiercest bosses. It’s the foundation that keeps people like me so invested in Nioh long after we’ve burned through every story quest and sub-mission many times over.

Going back to what I was saying before about there being an air of familiarity, a skilled Nioh 1 player can roll into Nioh 2 and mop up – after learning a few crucial new tricks, anyway. You still need to know how to trigger mid-fight Ki Pulses (timed inputs to insta-recover “spent” stamina) to avoid overexerting yourself. You also still need to have some awareness of the three main stances (low, medium, high) and their specific movesets for your weapon of choice (which can now include hatchets and a switchglaive).

There’s another element to master, too. Instead of building up enough charge to enter your limited-time Living Weapon state of invincibility like before, in Nioh 2, you’ll transform using Yokai Shift – a similar but distinct move. This beastly mode has three forms: Brute, Feral, and Phantom. They all handle differently. Brute – my favorite – can stagger. Feral can dip in and out of quick strikes. Phantom can fire a ranged attack and teleport where it lands. You can also Burst Counter – a parry-like maneuver that essentially becomes mandatory by the end – and use Soul Core ability items dropped by slain yokai.

Yes, Nioh 2 has a creature ability collection system, and it rules. You can equip up to three Soul Core moves at any time (depending on which Guardian Spirit they’re attuned with) and they run on their own energy meter (Anima) that recharges as you normally attack and defend. The best part: they don’t use Ki! The transformation attacks are almost like a get-out-of-jail-free card if you overextend and just need one final jab to finish the job. Soul Cores have passive stat benefits, they can boost your Spirit Guardian’s power, and they can be recycled to enhance other Cores or grant you rare crafting items.

The skill trees are generous, too. There are 13 non-linear trees: one for each of the nine weapons, one for Onmyo magic, one for Ninjutsu, one for general Samurai abilities, and one for Shiftling abilities. Graciously, you can use relevant abilities and spells in combat to unlock more skill points. In other words, you won’t get halfway in, learn about a cool spell, and regret prioritizing certain stats over others. I felt like I had much more freedom to experiment in Nioh 2 on a short- and long-term scale. 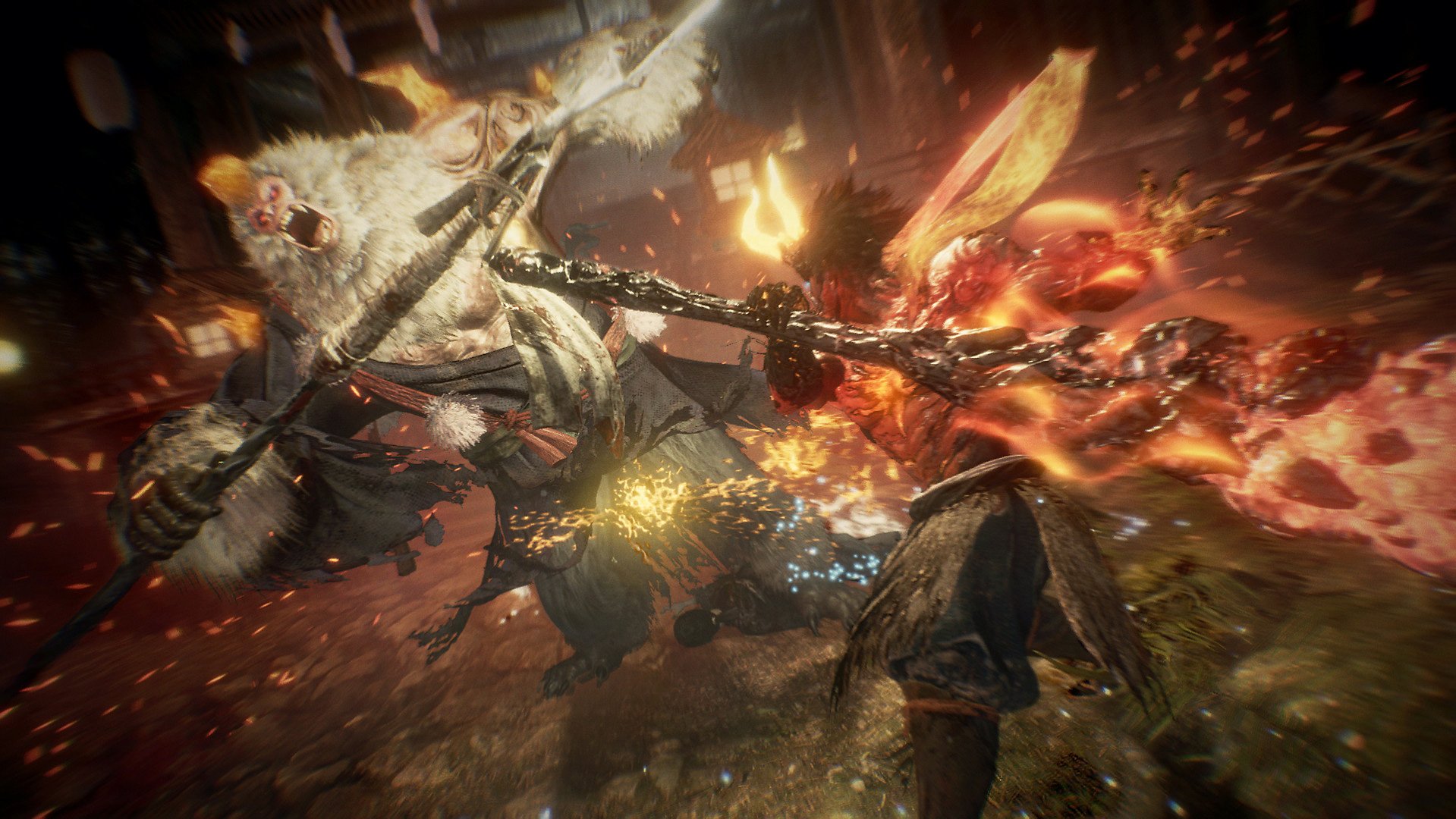 I could drone on and on about these mechanics and how they weave so perfectly into Nioh‘s existing combat systems. Nioh 2 lets me buff my armor, electrify my kusarigama, place paralytic traps, cast slow-mo and life-leeching debuffs, throw kunai, and so much more. There are so many options to consider when readying your ability loadout, and you aren’t forced to stick to any single path forever.

There’s one more key piece – one more part of Nioh 2 that evens the odds. Some of the sequel’s biggest improvements are the larger level designs, smarter enemy positions and patterns, and a heightened sense of tension during exploration. This can all be traced back to the Dark Realm – areas where your Ki recharges slowly and even basic yokai don’t hold back. Unlike the small pools that yokai can (and do) still create at their feet, these zones aren’t so easily cleared out. They’re weaved into levels in clever ways.

A level can have multiple Dark Realms, and once you step foot inside, you can’t rely on your minimap for guidance – you have to find and slay a particular foe, usually far behind enemy lines, to purify the area.

In boss battles, the stakes feel just as high. There’s an intense rhythm to combat that’s rewarding to master. It took me a ton of practice. Bosses can and frequently will trigger the Dark Realm, at which point you can die in an instant – I’m talking one relentless combo if you’re aren’t careful. You can force bosses out of the Dark Realm if you act on tight windows of opportunity, or you can run out the clock after a bit, but either way, fights generally feel more dynamic in Nioh 2. They’re a step up all-around.

If you ever need a helping hand and you don’t have another player to team up with in co-op, you’ll want to keep an eye out for Benevolent Graves. They’re the friendly blue equivalent of the red AI Revenants that you summon and fight for loot. You can spend Ochoko cups to summon AI helpers that are either based on NPCs or modeled after other Nioh 2 player characters. You can also place your own grave (with a consumable item called Righteous Jasper) to assist others. You’ll earn deliveries in your hut if you help. 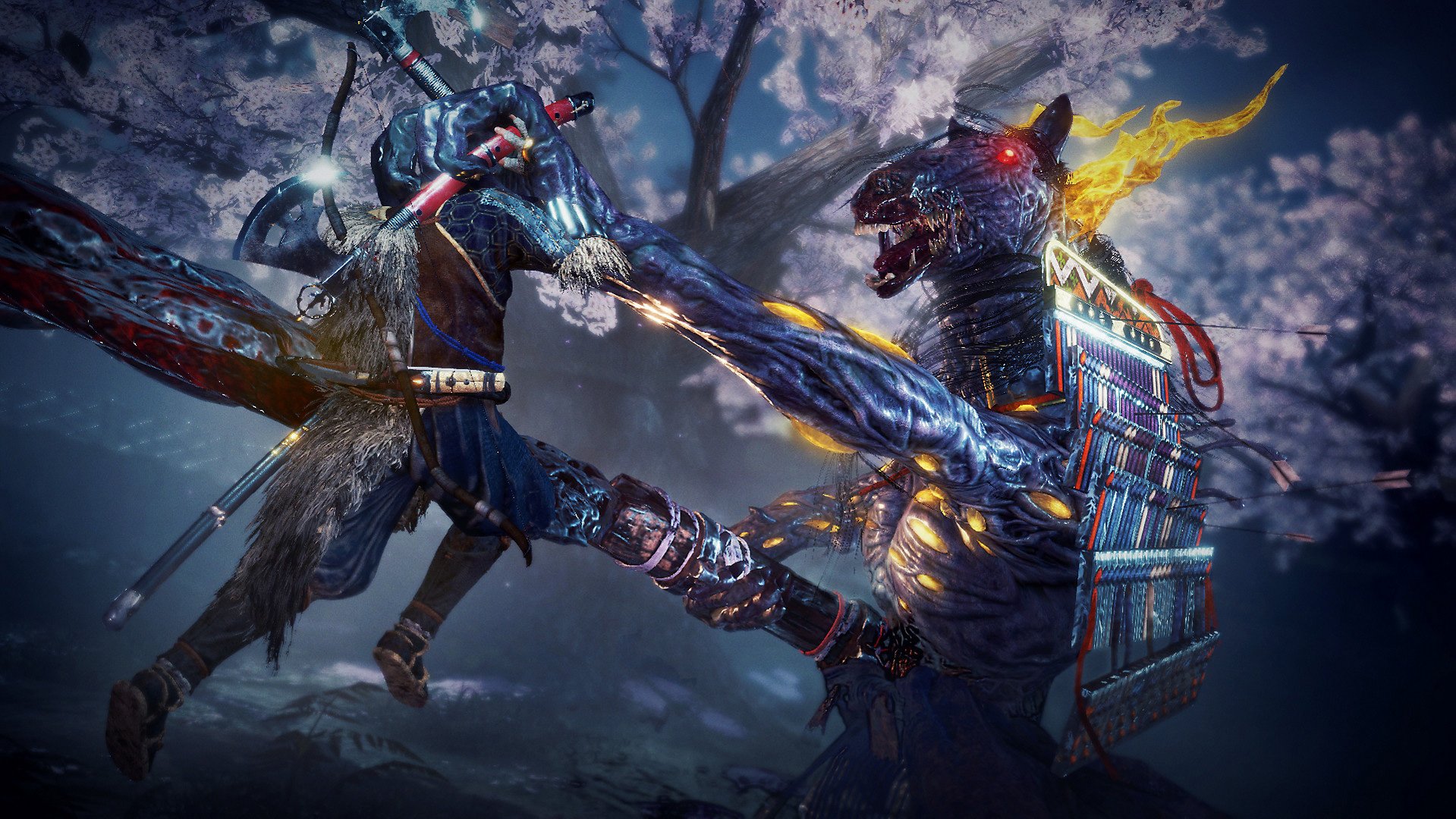 There’s still so much more I want to say about Nioh 2, but most of it is better left for guides, wikis, and your own self-discovery. It took me around 45 hours to reach the credits – some of which was spent in optional missions, and some of which was just me beating my head against stubborn bosses (like Enenra) who demanded new loadouts and strategies after dozens of failed attempts. Your brick walls will vary. With persistence and a few good stat rerolls at the blacksmith, you can overcome them.

I spent another 15 hours mopping up extras – including lost Kodama – and dipped my toes in the first of presumably several New Game Plus modes, Dream of the Strong. It’s hard to resist Divine gear.

If there’s one point I want to get across above all others, it’s this: Nioh 2 isn’t as revelatory as the first game, but that shouldn’t be held as a mark against it – at least not this time. Team Ninja was right to iterate and expand carefully. Nioh got so much right on the first go. While the new prequel storyline suffers from a slow and disconnected start, just about every other aspect of Nioh 2 feels upgraded.

This is a finely-tuned sequel that fans will obsess over for years to come.