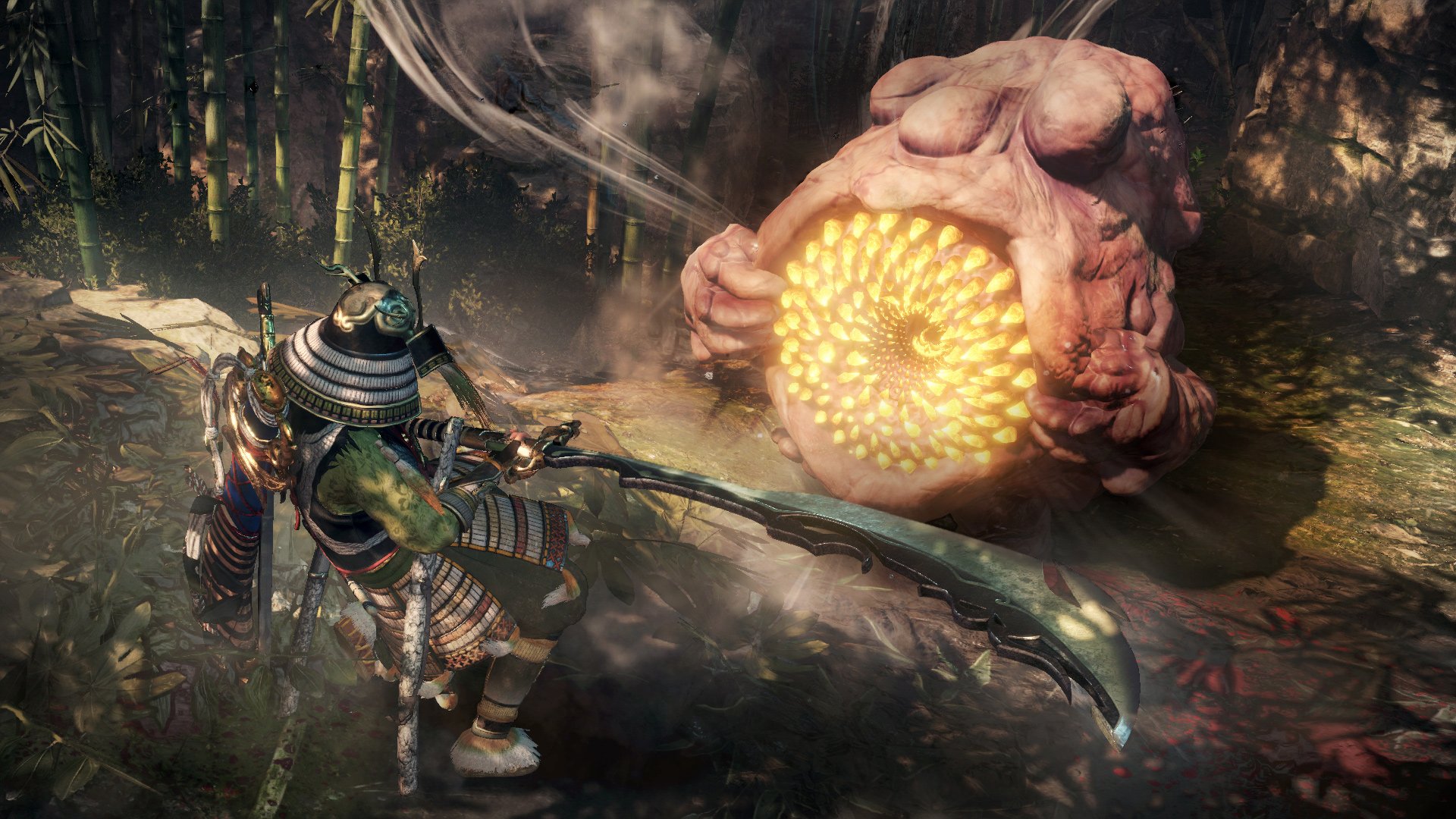 Remember the Lunar Staff? It’s back (in Nioh form)

After spending an absurd amount of time with Nioh 2 this year in pursuit of the platinum trophy, New Game+, and incrementally better character builds, I wasn’t sure if I was ready to return so soon. It’s a testament to this game – and Team Ninja’s general update and DLC strategy – that I’m not burned out.

The Tengu’s Disciple is the first of three story expansions, but it feels pretty self-contained. If you aren’t holding out for the (hopefully inevitable) PC version of Nioh 2, it’s time to travel back in time to 1185. 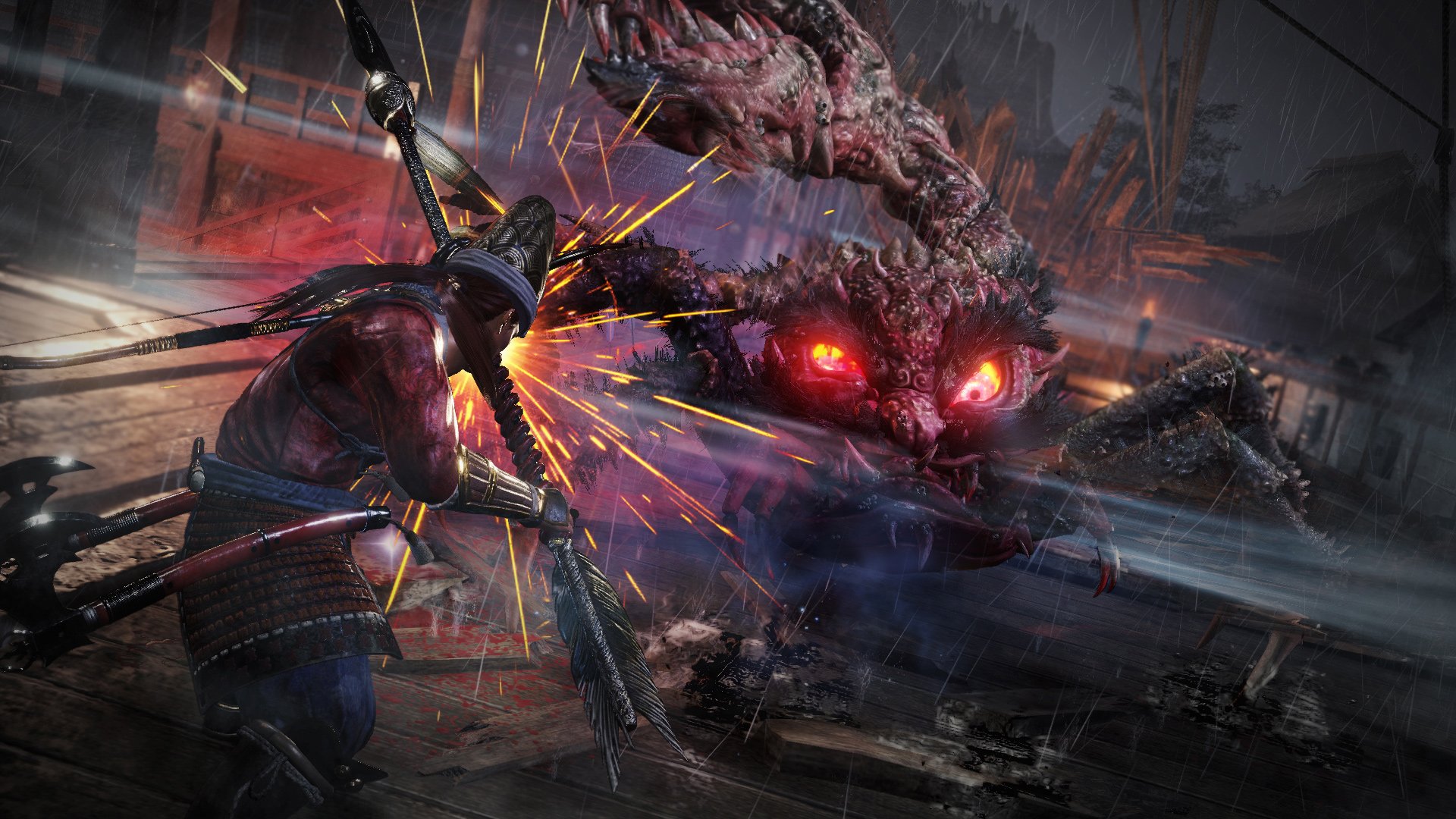 First, a bit of housekeeping. To access the Yashima region in The Tengu’s Disciple, you’ll need to finish the main story of Nioh 2. The first mission, A Song to Calm the Storm, has a recommended level of 120.

After hearing that the DLC included 10 missions, I was initially disappointed to find out that only two of them are main story missions while the rest are shorter sub-missions and boss rematches. That said, they’re solid – and highly replayable. It took me around five hours to comb every mission once.

The first stage is a trek across half-sunken ships with legendary figures like Minamoto no Yoshitsune and his badass warrior monk companion, Benkei, who you’ll get to team up with to crack open giant crabs. The level design has a natural flow to it, and if you get slight Nioh 1 vibes from the stormy aesthetic, you’re right on the money – the big bad yokai is like a refined version of Umi-bozu.

The second main mission is a mine that opens up into a bamboo forest. In both areas, Team Ninja makes great use of vertical space without letting exploration feel like a chore to get through. If you’re playing meticulously, you can spend a lot of time poking around without realizing it. If you know the routes, you can fly on through to the boss – a highlight of The Tengu’s Disciple that I won’t spoil here.

I took the entire DLC as an excuse to wield the Ninja Gaiden-esque Splitstaff weapon, and you should too. It starts out deceptively basic (and a little underwhelming), but as you open up the skill trees, you’ll see how versatile and combo-rich the Splitstaff can be. I’ll never get tired of flinging myself into the air. 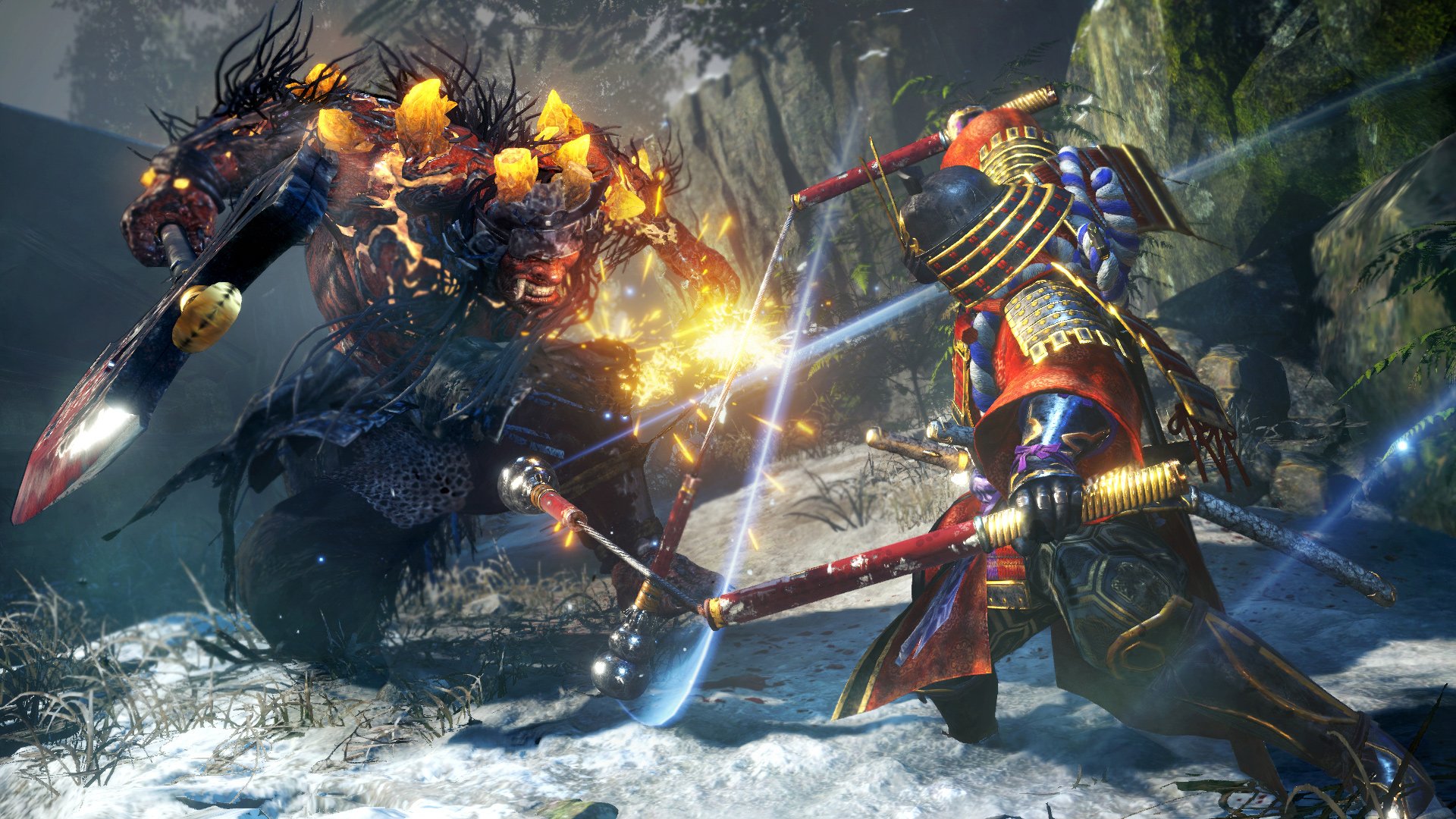 As for new enemy types, there’s just enough. Expect several remixes that make sense in the context of the DLC story, a few all-new faces – including an unforgettable blob of flesh – and plenty of repeats. For what it’s worth, I didn’t feel any fatigue, but I also wasn’t blown away (outside of Benkei, who rules).

The DLC also includes New Game++ mode (known in-game as Dream of the Demon), which starts at level 250. I took it for a quick spin, died to a Gaki – some things never change – and noticed a few differences with lesser foes (who can have a glowing “Curse” buff) and bosses (who feel noticeably different to fight against beyond the obvious stat increases). Once I finish grinding out all the new armor sets and skills in The Tengu’s Disciple, I’m heading back into Dream of the Demon for the long haul.

While not strictly attached to The Tengu’s Disciple (Team Ninja released a same-day free update), you will also want to watch out for Demon Parade Picture Scrolls – they’re a new kind of accessory. You’ll need to find one – I got my first scroll from a Bloody Grave with a white inner glow – and then play its accompanying mini-level from the map screen. If you clear it, you’ll purify the scroll. I’m already hooked.

The Tengu’s Disciple is more of the same and that’s largely okay. The historical figures and all-new yokai are memorable, the two main missions have good pacing, and the Splitstaff is just plain cool to wield. That said, I can’t help but wish the story left a stronger impression – it ends a bit too abruptly.

Assuming Nioh 2 has a similar DLC trajectory as Nioh 1, I don’t expect to put this game down in 2020.