After the extremely sour-tasting Ninja Gaiden III that was, in my mind, a disaster in nearly every way possible, it’s a bit hard to trust Team Ninja without Tomonobu Itagaki at the helm.

Nonetheless, Team Ninja is still extremely content with profiting off of his former works with the release of Ninja Gaiden Sigma and Sigma 2 — both in the form of remakes of the originals, and enhanced Vita ports of said remakes.

It’s all a bit confusing, but at the end of the day, this maelstrom of porting somehow always manages to translate the pure quality of the originals into whatever version Tecmo Koei sees fit.

Sadly, Sigma 2 Plus is an exception. 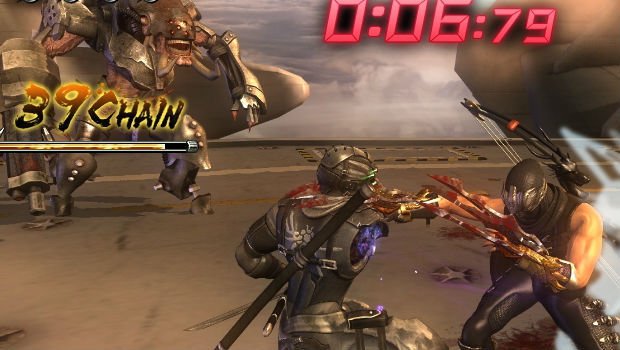 I’ll be blunt — this version of Sigma 2 is locked at a maximum of 30 frames per second, and at times (especially in the game’s AI partner based Tag Mode), it doesn’t even reach that.

Somehow, Team Ninja managed to regress from the beautiful port of Ninja Gaiden Sigma Plus like it has never developed for the Vita before, and I can’t explain it. The first Sigma Plus did run at 30 FPS, which sacrificed the integrity of the original a bit, but it ran consistently at 30 FPS — Sigma 2 … not so much.

During the single-player campaign it mainly happens when there’s lots of action on-screen, but in Tag Mode with an AI companion, it’s extremely noticeable and borderline unplayable.

In a fairly absurd move, I turned off the game’s gore, turned up the camera speed, and the framerate improved a little bit, but treating a Vita port of an old release like it’s a PC game on a low-end rig is a bit ridiculous. 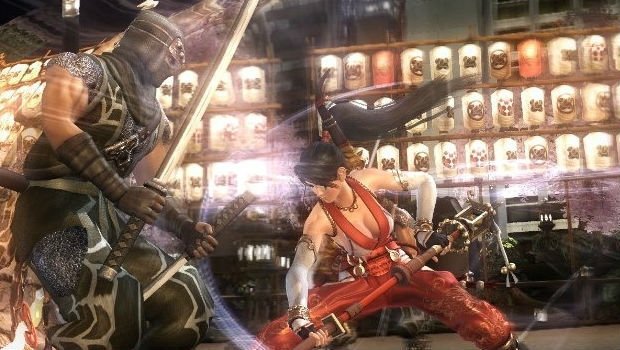 To add insult to injury, the franchise staple option of Japanese audio is mysteriously missing from the game, as is multiplayer in any form. Unlike the PS3 version of Sigma 2, there’s no option to play online, or even local co-op for Tag Mode.

This feature was quietly removed for no real reason, so be aware of it if you’re looking to grab this game to play with friends on the go. I wouldn’t go so far as to say co-op is essential to the Ninja Gaiden franchise, but it was a fun ancillary addition in Sigma 2, and it makes no sense to remove it from a supposedly enhanced Vita port.

Team Ninja needs to get working on a patch very, very soon to fix the framerate, dual audio, and lack of co-op options, as they’re absolutely essential to the experience and cripple this port. Outside of those major problems, however, the game is pretty much the exact same as Sigma 2. It has all of the content, all of the same enemy layouts, and it’s still very much a Ninja Gaiden game.

Just like Sigma 2, the initial difficulties have been toned down a bit. This is fine by me, considering the barriers to entry for new fans have been lowered, and the higher difficulties still possess a decent challenge. Sigma games are a different experience from the originals, and they’ve served their purpose just fine.

Locales are varied and beautiful looking, and enemy types and boss fights are extremely fun to engage and figure out. Like the original Ninja Gaiden, NG2 offers some of the most iconic and challenging boss fights in an action game to date.

All of the controls on the Vita work exactly as intended, with an easy on-screen tap for readying ranged weapons. I had no problem at all getting Ryu to do what I needed to do outside of fighting the framerate. 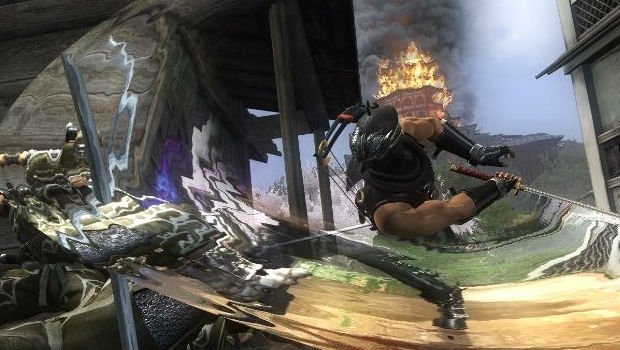 When the game actually ran at its maximum framerate, combat was fast, fluid, and enjoyable just like it’s always been. The camera is improved from the first game, but then again I never really had an issue with it in general.

In terms of actual new content, there is Ninja Race mode, but it’s not very fun. The main issue is that during the “race,” you’ll have to constantly stop and battle enemies in preset arenas before progressing. Essentially, Ninja Race just functions as a slightly modified Time Attack mode.

What Team Ninja could have offered instead is a literal race through arranged portions of the game with few if any holdups, and original content. Instead, it feels like numerous parts of the game were just lazily copied and pasted with a timer thrown in.

On top of the technical issues, there’s barely anything new that’s been added here to justify another purchase. It’s a shame, because I really enjoyed the original Ninja Gaiden 2 and Sigma 2. Team Ninja really missed the opportunity to add a killer feature like the ability to replay Time Attack missions with extra characters or enhance Ninja Race, which would have justified a double/triple-dip.

With the removal of content like Japanese audio and online co-op, this game doesn’t offer enough to truly justify the “Plus” in its name. Team Ninja really needs to get its act together going forward, or the Ninja Gaiden series will be beyond repair.