Ninja Gaiden 3 was remarkable in its lack of remarkability. Team Ninja’s ability to drop the ball with its franchise so spectacularly was damn near impressive, even if the result was a monotonous and exhausting slog through one of the most soul-crushingly dull adventures released this year.

With the Wii U on the horizon, Tecmo Koei has another chance to disappoint audiences with Ninja Gaiden 3: Razor’s Edge, an overhauled version that seeks to address complaints found in the original release, and provide a deeper, more nuanced experience.

In essence, it aims to do what the proverbs say is impossible, and polish a turd. 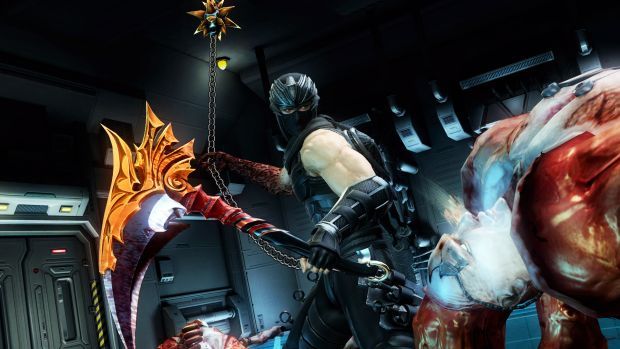 To its credit, Ninja Gaiden 3: Razor’s Edge demonstrates how aware Team Ninja is of the original game’s faults, since the studio really has done its best to fix those areas that let it down so badly in March of 2012. Variety has been ramped up, along with greater intensity from enemies, and a decent offering of fresh content. At face value, Razor’s Edge goes out of its way to be the game Ninja Gaiden 3 should have been.

For a start, combat is granted a higher degree of challenge with more aggressive opposition. While they’re still not quite the smartest cats in the cradle, NG3‘s perpetually angry soldiers at least spend a little less time queuing up to receive their blood-drenched retribution from Ryu’s hungry blade. Guarding and dodging now have a greater emphasis, evoking memories of older Ninja Gaiden titles, and making the game slightly more challenging.

Downloadable weapons from the original release, plus two new ones in the form of the Dual Katanas and Lunar Staff, are available during the course of the campaign without having to wait for them to appear on a digital marketplace, meaning Ryu will not be stuck with his sword for the majority of the experience. The added weapon variety is also accompanied by an all-new upgrade system, where Ryu can spend karma to gain new combo moves, special abilities, and enhance Ninpo magic attacks. By spending Karma, players can gain more health, the ability to self-heal, and cool (if useless) moves such as combat throws and head stomps.

Ryu’s magic red arm, which allowed him to instantly kill opponents in the original release, has been given a few alterations as well. Although he can still use it to absorb souls and slaughter folk, he can’t execute quite so many at a time, and the “cinematic” camera angles accompanying each kill have been toned down somewhat. In addition, those slow moments where Ryu would be overcome by his curse and trudge through a room one-hit killing everything have been removed entirely, replaced by dream-sequence arenas where Ryu basically just fights even more opponents in a gray, blurry, nightmare realm.

In addition to the original game, Ayane boasts two playable chapters of her own. As one might expect, she’s nimble and unconventional in her attacks, wielding a pair of blades and tossing explosive kunai at her enemies. That said, her opponents are all made up of those found in Ryu’s story, so while her moveset can provide a bit of a break, it’s ultimately just more of the same.

More of the same, unfortunately, is what holds the whole package back. For all its genuine (and appreciated) attempts at evolution, Razor’s Edge is still, at heart, the same messy soup of repetitious carnage. It might be a bit more difficult, but combat is still impossible to follow onscreen, as enemies surround Ryu and the button-mashing frenzy renders everything a blur. Level structure remains the same — our hero walks down a corridor, hacks his way through an arena of predictable foes, and then walks down another corridor, from the beginning of the game to its dreary end. 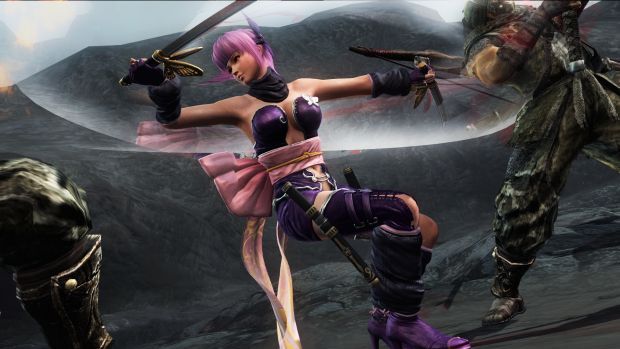 Rather than provide dramatic changes in any way, the Wii U iteration instead attempts to take several small steps forward. A lot has been improved, by a tiny amount. You can see evolution in almost every aspect of the game, but the evolution is only slight enough to be vaguely detected, rather than openly and instantly appreciated. This is not what the game required, as it was in dire need of significant fixing on a grand scale, not a microcosmic plethora of amendments.

Ninja Gaiden 3 is fundamentally mediocre, and Razor’s Edge can only do so much to solve that. The new weapons and playable character help, but when combat remains a sloppy serving of soulless anarchy and level structure is as trite and unimaginative as its always been, the changes mean very little. In fact, given how boring the combat gets, one could make a fair argument that giving us more of it is something of a bad idea. The ultimate result of the changes is that the game simply drags on longer than it used to, which largely equates to the same amount of tired contempt per game.

Ninja Gaiden 3‘s online mode makes its return, though I must add that, at the time of writing, the Wii U is unable to go online. Looking through its solo challenges and offerings, however, it’s all pretty much the same as last time, and last time was absolutely awful. You can read our original review to see what I thought of the pointless disaster that was NG3‘s attempts at versus play. 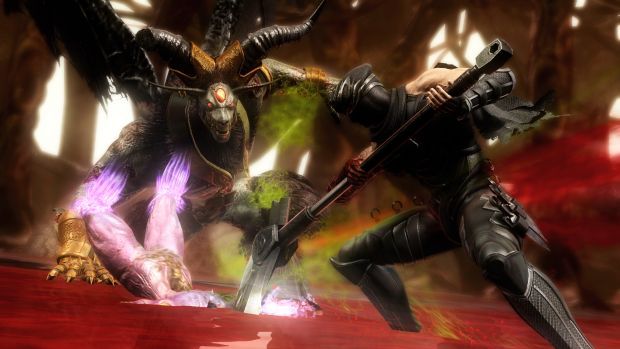 When using the GamePad, Razor’s Edge keeps it subtle, using the screen to display attack combos at a glance, and providing virtual buttons at the edges for players to touch and access such things as the inventory, upgrade menu, Ninpo attacks, and Ninja Sense. Pleasantly, all these items can also be accessed using the Pad’s buttons, allowing players to use whatever feels more comfortable to them. If you’re stuck in a level, you can press the Ninja Sense icon on the touchscreen or hold in the right stick. It’s up to you, and I wish more developers would use these new input ideas to encourage versatility rather than force something on the user.

The GamePad is surprisingly comfortable and convenient to wield in one’s button mashing endeavors. The wider play surface is appreciated for a game that encourages thumb cramps so enthusiastically, moreso than the optional Pro Controller input. While many may feel that Nintendo’s optional peripheral is the preferred way to play Ninja Gaiden, the cramped design of that particular controller is nowhere near as usable as the spacious layout on the Pad. I’d recommend sticking with the Wii U’s prime controller if you insist on playing this at all.

Like its first incarnation, Razor’s Edge is visually unimpressive, and actually looks worse due to its capitulation on a fan-requested addition — extra gore. While the power to dismember enemies has returned, it’s clear from the outset that this feature was implemented with no elegance whatsoever. Limbs awkwardly fly off in a manner that suggests they were copied and pasted over the screen rather than ever belonging to the soldier they’re falling from.  As enemies are reduced to kibble and torsos, they land awkwardly on the floor, frozen in peculiar angles and often wedged through solid surfaces. In all honestly, I’d rather the dismemberment remain out of the equation if the alternative is this laughable cut-and-shut job where gore reminds me of fake props found in 80’s slasher movies. 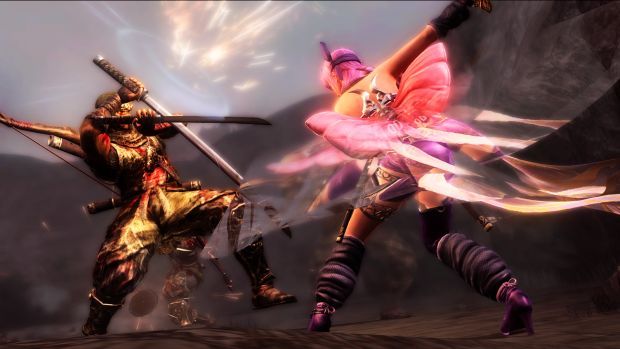 Ninja Gaiden 3: Razor’s Edge tried. It definitely did try, and nobody can take that away from it. However, nothing this Wii U release does can improve upon the core gameplay, which remains as dry, disaffected, and banausic as ever before. Razor’s Edge gives us more, but when the original serving exceeded that which the player could stomach, “more” isn’t a very tasty prospect. There are extra weapons, another playable character, and ultimately a greater level of content, but it all serves, in the end, to drag out what was already far too much of the same, vapid waste of time.

As it stands, Razor’s Edge is a slight improvement of something that needed to be thrown away and started again from scratch. A turd, Team Ninja demonstrates, can indeed be polished — but it still stinks.