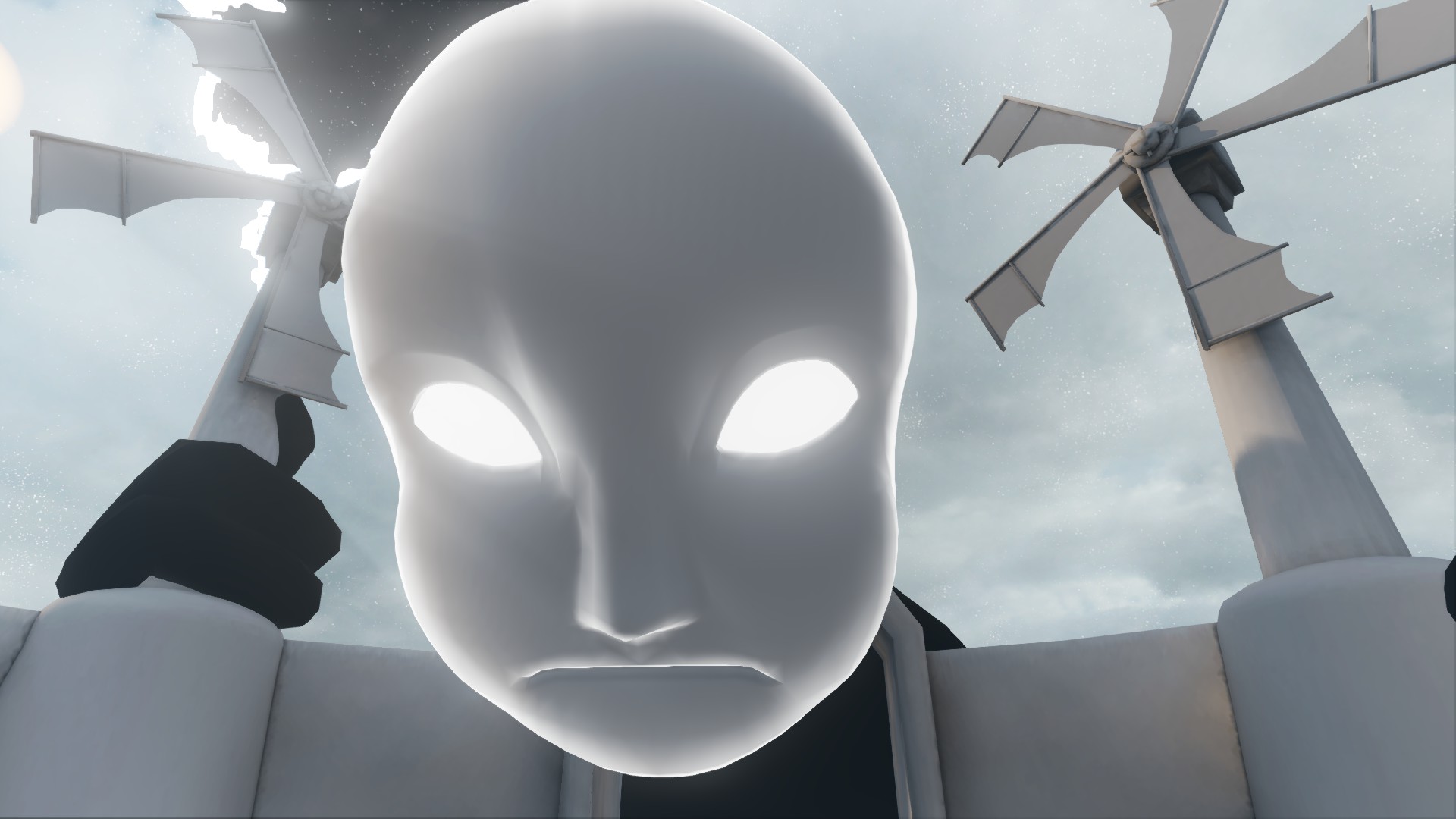 First-person puzzle adventure gaming was reinvigorated with the release of Portal, and the genre has since become one of my favorites. The surreal Antichamber showed us how to think outside the box. The Unfinished Swan taught us not to fear the unknown. The Talos Principle encouraged us to question authority. Now, Niko: Through The Dream teaches us how to emotion.

What do you get when you mix a first-person puzzle adventure game with Hayao Miyazaki’s best works?

A girl named Niko wearing wild face paint visits the grave of a passed loved one. She lays down and drifts asleep, when a tiny cute black creature with big bright white eyes sneaks into her mind and influences her dreams; or at least that is how I interpreted the opening pencil-drawn anime cinematic of Niko. The story is told subtly from then on via drawings found in-game and a post-credits cinematic, most of which lets you interpret it as you will instead of outright telling you what you just experienced, something I wish more games did.

Niko‘s minimalistic style makes beautiful use of the Unreal Engine. Most early levels are white and almost canvas-like other than shadows and a few a colorful pieces, and later on things get a bit more dark and eery. The soundtrack evolves alongside levels, starting bright and charming and eventually becoming chilling and tense. Rarely do game soundtracks feel so on point with what is on the screen and as memorable as Niko’s, especially for a team’s first game.

Each level of Niko features a unique puzzle based on colors, shapes, platforming and even sounds. Most puzzles can be solved without much fuss, particularly for observant players as clues are usually hidden somewhere not far from the puzzles themselves. I’d be here all day if I described each type of puzzle, so just know the variety is enough to keep the whole adventure interesting.

Platforming puzzles aren’t frequent, but when they do occur be ready to die a few times. Luckily, the checkpoints are really frequent and loading them is instantaneous, keeping frustration near non-existent. Niko aims to provide an enjoyable experience over one that tests your skills, and it certainly delivers. Nothing ever felt too difficult.

Puzzles are mostly easy to figure out once you’ve got the logic down, though one of hardest puzzles is a platforming section where you turn into a ball. In ball form, the control scheme is vastly different: the view is top down, and if you’re using a gamepad, the left stick moves the ball while the right stick decides the trajectory. Once I finally mastered the controls, I was able to finish the puzzles without much fuss, but it felt out of place in an otherwise beautifully-crafted game.

Along the journey a few different characters come into contact with Niko such as cute black fuzzballs with eyes, and a giant white-masked black figure, both of which would feel right at home in a Studio Ghibli film. There is no dialogue in-game, but rest assured the characters are anything but flat. Over the course of the story, you’ll see the masked figure evolve and convey emotions all without a single word of speech.

Niko only takes around five hours to complete, but those hours are time well spent. Completionists can seek out hidden collectable teddy bears that unlock Steam achievements, and a few other secrets along the way that will help extend the playtime a bit. The bears are often hidden behind some of the more difficult and rewarding puzzles, or just out of sight.

Beautiful levels with equally beautiful story, characters, and music come together to form one amazing puzzle adventure. Niko: Through The Dream is easily one of the best first-person puzzle games I’ve played, and a strong contender for my game of the year.