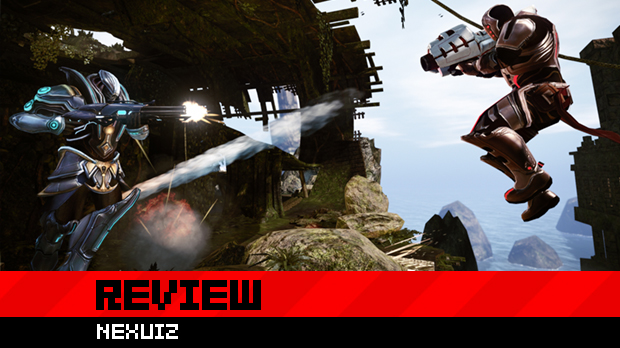 No time to reload, no need — this was the attitude of arena first-person shooters in the ’90s. Before Valve and Infinity Ward stepped in and shook things up, we PC gamers were more than content with Quake III and Unreal Tournament. These games convinced us to buy mice more expensive than our phones, propelled bedroom slackers into eSports stars, and kept our parents’ phone lines busy day in and day out.

Yet here we are in 2012. Unreal Tournament III is five years behind us, Quake Arena Arcade has been forgotten (for good reason), and The Punisher: No Mercy stands as a reminder of how wrong things can go in this sub-genre.

Enter Nexuiz. It’s a traditional arena FPS, but that’s a bold and novel concept when the genre has all but died over the last decade. But instead of paving a path away from military shooters, Nexuiz only puts one more nail into the arena shooter’s coffin.

In some ways, Nexuiz itself is an established arena FPS series. The name was originally attached to a Quake-inspired freeware game released in 2005. Tracing IllFonic’s Nexuiz back to its origins leads down a rabbit hole of community schisms, legal conflicts, and forum threads filled with resentment.

So what was Nexuiz then? It was a difficult-to-pronounce game made by some FPS fans who blended the dual-function weapons of Unreal Tournament with the close quarters combat of Quake. It lacked an identity, but the community soon gave it one by creating weird levels, modes, and weapons that id Software and Epic wouldn’t dare to attempt.

IllFonic’s Nexuiz isn’t made by an open community nor is it free. It’s still a game in search of an identity, though, Frankensteined from pieces of another Frankenstein creature. This would be more forgiving if it weren’t for the nature of the project — you know, the commercialization a once free-to-play, open-source game.  Not that it matters, as few would bother with IllFonic’s product no matter the price.

I’m as sick of Call of Duty and its numerous copycats as the next guy, and I’d love a new, fresh arena shooter … on my PC! This style of game never worked well with a controller. Back on the Dreamcast, you’d enjoy ports of Quake and Unreal Tournament for what they were worth, ignoring your content PC friends. Now, anyone can run Quake Live or Xonotic on PC with low requirements and no money down. Why bother with a controller in the first place?

Nexuiz is also coming to PC, however, so let’s not let count it out as a hopeless cause yet. Here’s what you PC owners can look forward to: bad level design, some of the most atrocious aesthetics I’ve ever seen (it accomplishes the impossible of making CryENGINE 3 look bad!), bland weapons, a small selection of maps and modes (Team Deathmatch and Capture-the-Flag only), and matches that max out at eight players. 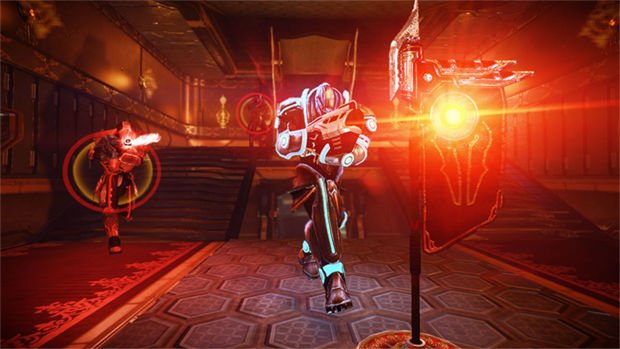 It’s not all bad, though. Once you fiddle with the ridiculous default sensitivity settings (imagine playing Quake III as a tank) and get your head around the ugly, overly saturated visuals, there is a decent shooter to be had. It’s serviceable in a world where things began and ended with Quake deathmatch. It even has an interesting concept going for it: Mutators.

As in Unreal Tournament, these game-changing Mutators can manipulate gravity, alter weapon damage, and even make a whale appear in the sky, which at least compliments the acid-trip visuals. The difference is that these Mutators are non-optional and are triggered in a match semi-randomly through player pick-ups.

Along with 2x damage and armor items, Mutators populate the maps of Nexuiz. Once collected, you are prompted to choose one of three available Mutators. At first, you’ll go with what sounds the stupidest (give everyone a jet pack, make everyone constantly jump, etc.), but after your first couple of rounds you’ll go with what is useful (infinite ammo, heat-seeking rockets, etc.). This is where the concept falls apart: no serious player would ever want to deal with such random variables in a game of skill. So it becomes an irritating gimmick rather than an interesting challenge.

IllFonic should be applauded for attempting to bring back the arena shooter, but Nexuiz feels like a game made by people who don’t understand its lineage. It lacks a soul and almost everything else. For every positive there is a negative. The netcode is good, but players have to wait for a room to fill to start. The weapons all have secondary fire options, but they are all boring and same-y. There is a decent selection of maps, but there isn’t a good selection of modes — not even regular deathmatch is included.

If any developer wishes to rejuvenate the arena shooter, they would do well to study what made the godfathers of the genre work. Smart level design, innovative weapons, and personality are a must. Nexuiz lacks all of these things. It’s almost insulting how pandering the game is in its design. It’s a calculated, lethargic attempt to reboot a genre for an audience that largely doesn’t care. The sad thing is that it feels as tough IllFonic doesn’t care much itself. 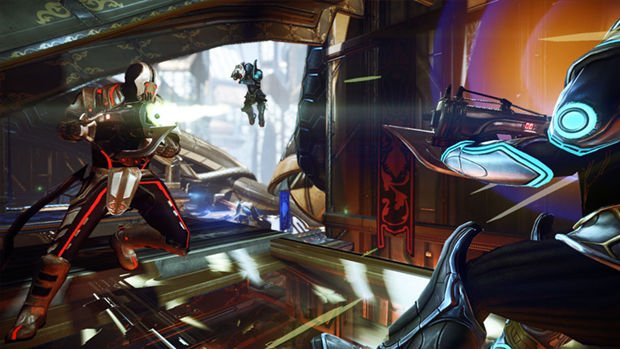 Everything from the post-game winning screen to the rough character animations feel half-assed. There isn’t even a good tutorial to help players adjust to the game’s awkward controls. Then you have the levels that are a jumbled mess of teleporters, dizzying jump pad sequences, and dense, multilayered structures.

Take out the Mutators and you have one of the most generic-looking FPS games ever designed. I get nauseated looking at the uninspired player models and wimpy guns, yet the game seems aware of where it came from. Like the original 2005 Nexuiz, this is a game made by a community. It’s just that it’s an enclosed community of people who seem to misunderstand what made the classics so good.

It’s as if Nexuiz is saying, “Hey, you assholes like jump pads and teleporters, right? We’ll put them everywhere! Oh, what’s that? Secondary fire? Psssh, what do you think we’re making here? Halo!? Hahaha … oh, crap! We should really put a melee button in, shouldn’t we? To the focus group!”

At best, Nexuiz is a bargain-bin, first-generation Xbox game. At worst, it’s a financed effort that crumbles before its free, community-made predecessors. But hey, it’s better than The Punisher: No Mercy! I guess that’s what counts for progress in this sub-genre these days.