Dig, slash, build, mine, and cook your way to success

As the iconic Mel Brooks once said: “It’s good to be the king!” Well, sorta. You might get all the power, all the gold, and all the women, but you have to deal with, you know, problems and stuff too.

If I had a motto for New Little King’s Story, it would be, “It’s mostly good to be the king…mostly.” 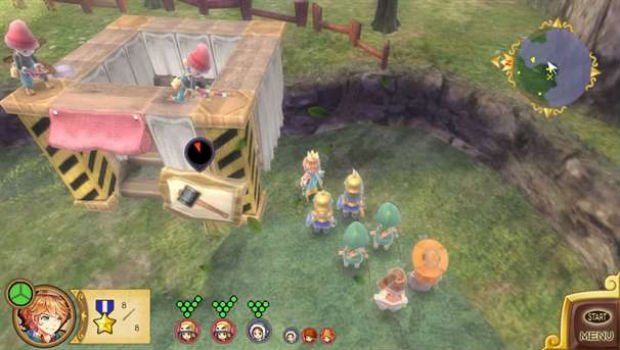 For the uninitiated, Little King’s Story is kind of like Pikmin mixed with Harvest Moon. You have a home base, you have chores to do, and you have farmers, but you also have an army, and places to conquer, enemies to defeat — you know, typical king stuff.

Forced out of your lavish castle by a mysterious surprise attack, you, the almighty king, are exiled to a particularly dull, less than idyllic land, to plot your revenge and homecoming. Armed with your swarthy crew of advisers (who are basically catalysts for tutorials), it’s your job to whip your serfs into shape, and force them into various careers such as farmers, builders, soldiers, hunters, and so on.

Right off the bat you’ll notice that the story is different from the decidedly more zany Wii original (where you happen upon a mind-control crown). While the new story isn’t really that different once you get knee deep into the game’s mechanics, it feels a bit uninspired, and that starts to bleed into the rest of the game.

As is the case with building a brand new kingdom in real life (probably), everything starts out a bit slow. At first, you’re going to spend about an hour learning basic functions, and leading carefree slackers (that’s literally the first job class) to holes in the ground to dig up much needed gold to start building more and more upgrades.

Eventually, you start ramping up, gaining more building types and job choices, as well as aesthetic options, laws (such as forcing all your citizens to wear formal wear or bathing suits), special abilities, and more.

To actually control your citizens, you “recruit them” by pressing circle, then press square to send them in a straight line towards whatever enemy or obstacle may be in their way. You can press triangle to sort them by job, so you can bark orders at multiple classes at once. For instance, you might have five soldiers and five farmers in your core crew, and within few seconds of each other, you could send out your soldiers to fend off some pestersome foes, and the farmers to grab the goodies that they’re guarding.

Touch-screen controls are fairly minimal, to the point where I nearly never use them — except for the odd design choice which forces their use on some menus, and not others.

It’s all fairly simple to use and really easy to grasp, as you’re basically using the same method of play from the first hour until the very last. Most of the problems I have with the game don’t stem from the controls — it’s how the content is delivered to you. To be blunt, the pace can best be described as “drip fed” for a decent portion of the experience. While the game does open up after the first few hours, many of you will probably want to call it quits by then — to those people, I say “march on!” 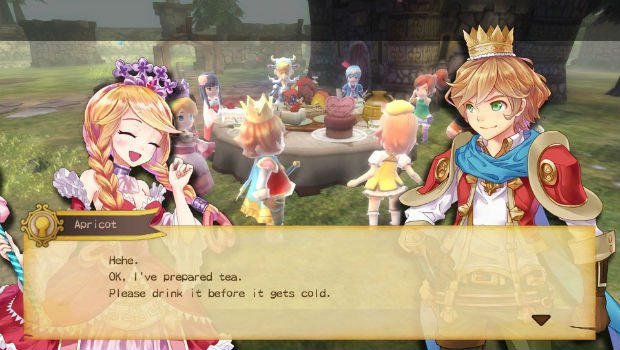 Because when the game opens up, it doesn’t mess around. You’re going to have a ton of fun trotting around, exploring new areas, fighting demon cows, cooking up evil vegetables with your cook class, and plotting and scheming new bridges and building plots. Every hour or so, the game presents you with either a new concept or idea, all the while counting on you to retain prior knowledge of the previous mechanics.

While I wouldn’t say the game ever progresses to the point of requiring “high strategy,” there is always plenty to do, whether it’s following in-game quests, or making up adventures of your own — and considering how big the map is, making your own adventures isn’t hard to do. Although it’s no Sims, an effort is made to differentiate individual NPCs. Every citizen has their own statline, name, and way of doing things, but I wouldn’t go so far as to say they have their own personality. In fact, almost none of the characters you work with on a daily basis have much spunk — the more interesting people are mostly a rarity that you’ll only interface with sparingly.

In terms of the dialogue, while I think the ideas are generally interesting and thought provoking, the way they are presented isn’t the most enticing. Although you’re going to get some fairly funny religious and political commentary here, the writing staff often gives it to you either dry, or on the nose, which destroys a lot of the effectiveness of the message.

If you’re looking for a lengthy experience, you’re probably going to get your money’s worth here, as the game is fairly long (at least thirty hours, usually more), and lends itself well to replay value. There is a small amount of online capability with the ability to go online and mess around with alchemy/items, but I could almost never get it working, and the squeeze isn’t worth the small amount of juice you’ll get from it. Also, DLC is planned for the future; thankfully, since the full Wii game is still included here, I won’t cry foul on that one. 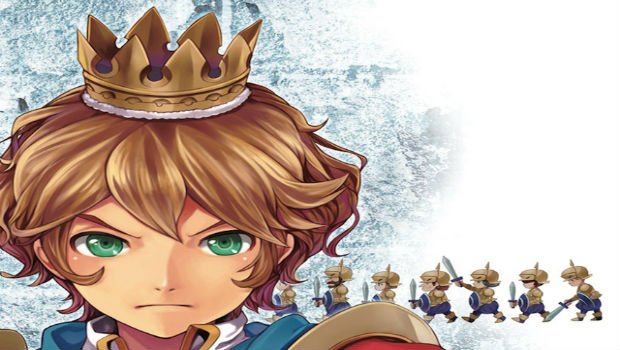 As you’ll probably notice, the new art style can be hit or miss. It looks fairly sexy on the Vita’s OLED, but it’s much less inspired (and colorful) than the original look on the Wii.

While the new art isn’t offensive, the major problem I have visually is the constant drop in framerate. When you start ordering around a massive amount of peons, it gets to be a bit too much for the game, causing the performance to dip. You’ll also notice a number of visual bugs that rear their ugly head every now and then. None of these technical issues were a problem on the Wii version.

It’s a bit of a shame, because underneath this new, dusty, slightly buggy veneer is a fairly solid game. I had a ton of fun ordering around my faithful servants, even if I felt a bit disconnected from them on a personal level. Simply put, roaming around the countryside with a swarthy crew is something that isn’t heavily emulated in a lot of games.

For many of you, this may be your chance to check out the franchise since you missed it on the Wii — and if the genre interests you, I would suggest doing so. While those of you who played it before are probably better off not double dipping, everyone else who’s a fan of lighthearted simulations will most likely want to give this a shot.