Sneaking its way onto your Switch

Never Stop Sneakin’ is the latest title from the developer of Dust: An Elysian Tail, though the games couldn’t be more different. Instead of jaw-dropping 2D art, those who reminisce about old PlayStation 1 games will get treated to pixelated faces and blocky character models in what is basically a parody of Metal Gear Solid.

Major Milestone and the agents of the Department of Sneakin’ are on a mission to foil the plans of madman Amadeus Guildenstern, who has used a time machine to kidnap all of the Presidents (even the bad ones). By infiltrating Guildenstern’s base you’ll acquire resources for expanding your own base, recruit new agents, and steal useful tech. 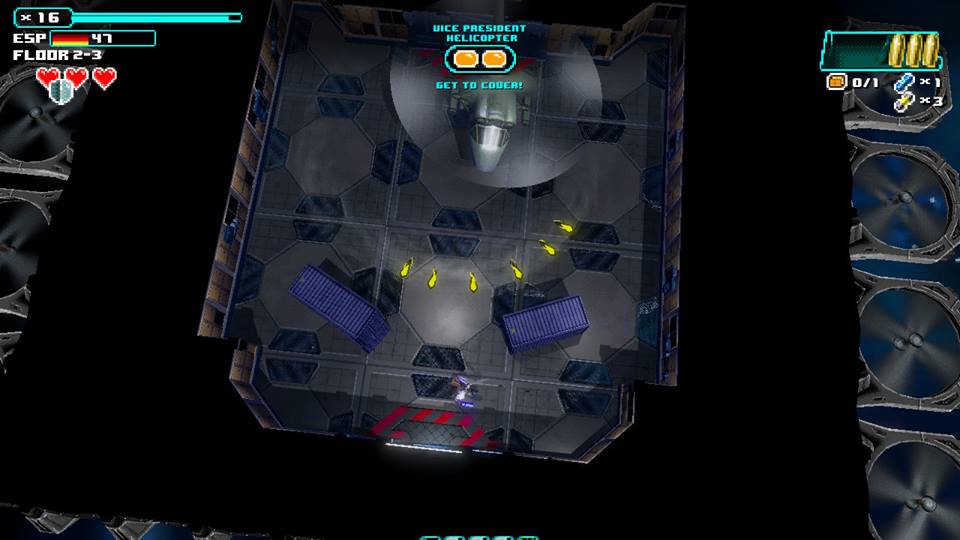 Never Stop Sneakin‘s gameplay loop is simple and addictive. You’ll infiltrate Guildenstern’s base, typically searching for a piece of tech or another agent to recruit. As you progress you’ll also be gathering in-game currency known as Espionage or ESP, and once you’ve found your target, you can extract or attempt to clear the entire base for bonus ESP and unlockables. Back home from your mission, you can then use your accrued ESP to expand your base and advance the story.

Sneakin’ presents itself as a stealth game, but in practice is more of a puzzle game with some light stealth mechanics. You won’t find yourself studying patrol routes and waiting for guards to move past. Instead, your focus will be on speed. You’ll be rewarded for dispatching guards quickly via a combat multiplier that grants you extra ESP for taking out enemies.

A simple logic system keeps combat moving quickly and stealthily. When you dispatch on a mission your agent will be equipped with a blade and a gun; approach an enemy from behind and you’ll automatically dispatch the guard with your blade, and the same goes for security turrets.

If you happen to have any bullets you’ll automatically take out any guards that notice you before they have the chance to act. The same can be said for security cameras, but turrets require an EMP grenade. If you have no bullets, your last resort will be smoke bombs, which buy some time to get in close for a blade attack. If you’re out of weapons altogether and you’re spotted, you’ll need to find cover quick as your agent only has three hit points.

Health and ammo can be replenished at stores run by agent Far Eye on certain floors, but you’ll want to rely more on finding upgrades and bullets in computer consoles and other searchable areas before spending your hard-earned ESP.

There are plenty of unlockable agents and weapon skins. Some are gained from story progression, while others come from random drops on boss floors. My look of choice was an astronaut wielding two hot dogs. 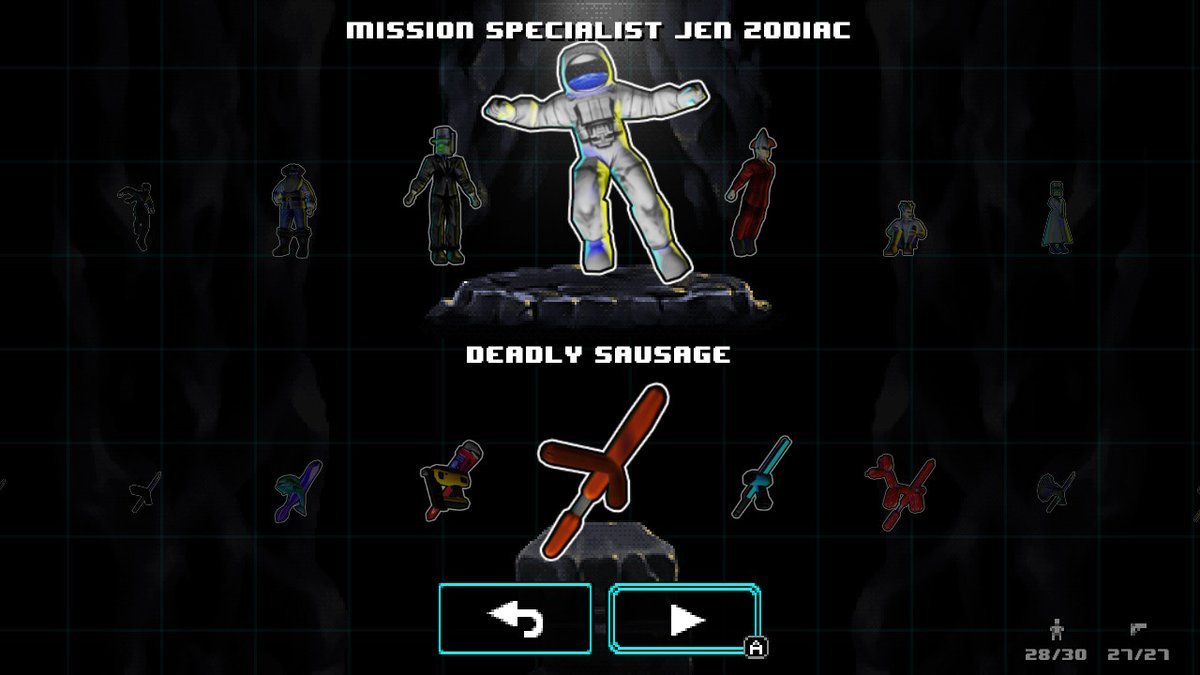 Sneakin’ uses some roguelike elements, but never fully commits to the genre. While you gain upgrades specific to each run of the base and the base’s layout changes with each run, it never transforms enough to throw you completely off your game. The base expands as you push the narrative along to an eventual five floors consisting of three rooms each. At the end of each floor, you face off against a boss.

Boss fights shake things up while not interrupting the fast flow of the game, however, there simply aren’t enough different boss characters to sustain the length of Sneakin’. Sure, the first time you fight Health Secretary Dr. Acula is pretty funny, but the 20th? Not so much.

Never Stop Sneakin’ can add its name to the small list of Switch games playable entirely on the touchscreen. Every action like using a weapon or standing in place to hack a terminal requires zero button input, and you can move your character simply by pointing on the screen. While this is a more than serviceable way to play, I find using a JoyCon to navigate far more accommodating. 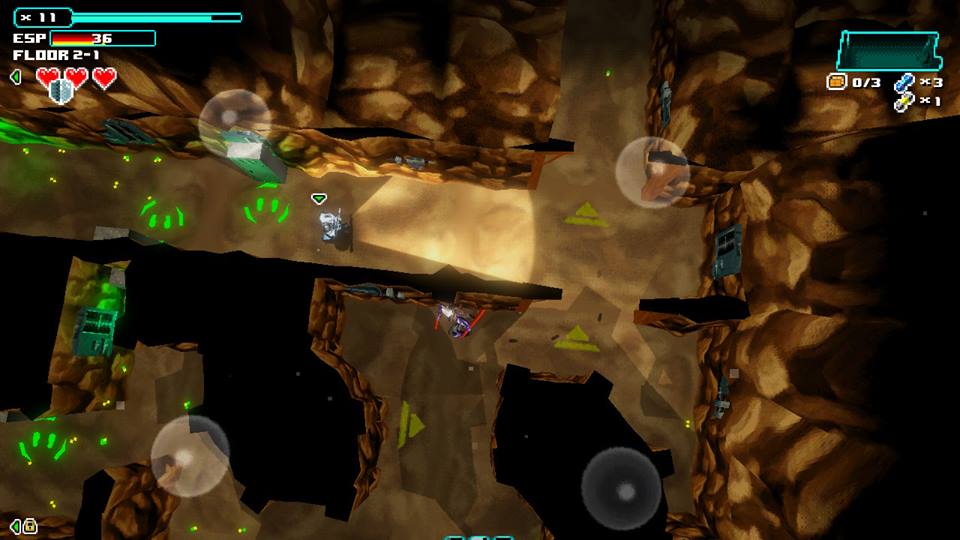 Humble Hearts has another fun little game on its hands with Never Stop Sneakin’. It’s far from perfect and lacks the variety in level and boss design that would make me want to keep coming back, but the fast run-based gameplay is addictive as hell, and I do love those blocky polygon character models.

Side note: if anyone from Konami is reading, I’d really like to play Metal Gear Solid on my Switch now.