Neither first, nor last

I can’t believe Need for Speed has been around for over 20 years. I remember playing the initial entry on my PC for the first time, and I spent many an hour escaping cops in the first Hot Pursuit.

But as the years went on, the Speed series had a bunch of ups and downs, with odd side stories alongside of core titles. The latest game falls somewhere in-between. 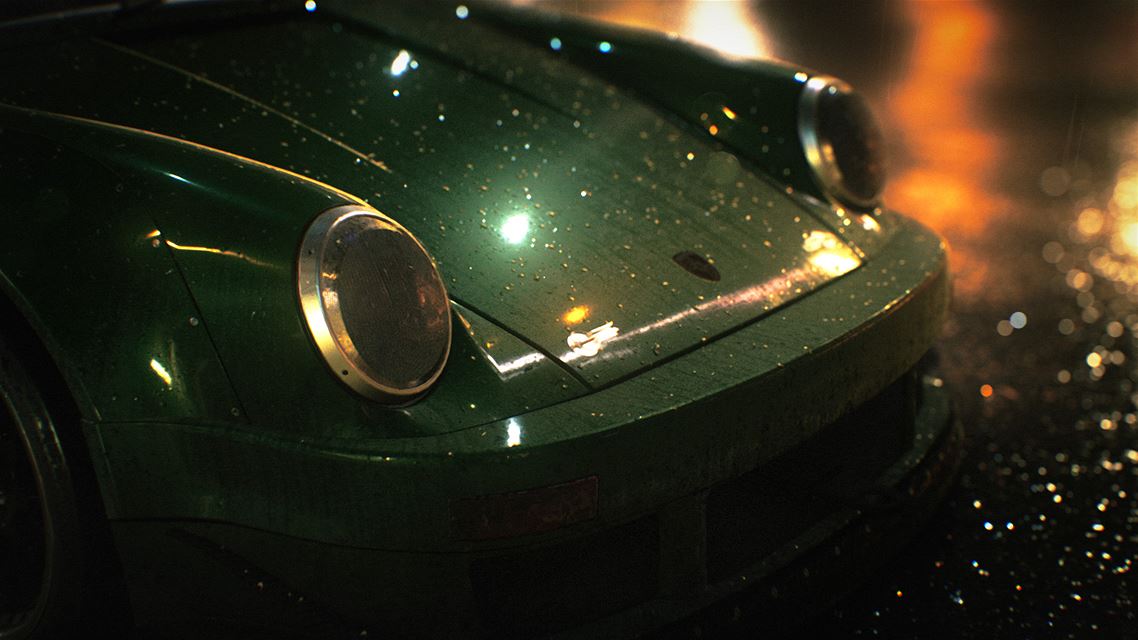 As you may have heard, Need for Speed is an online-centric game, and jumping in from the title screen will place you into a multiplayer lobby, similar to GTA Online. Thankfully, you can play fully solo if you want. For the most part, online play has been rather sound (with a large pool of EA Access players available), minus a few small hiccups like another person spawning on top of my car and some minor frame-skipping when players are connecting. Most of them are amusing, and not really game-breaking in any way.

The story this time is…a bit like a Fast & Furious movie, before they turned into the entertaining heists they are today. Speed utilizes an age-old technique of live-action FMVs to progress its narrative, with real actors playing both the digitized and cinematic renditions of themselves. Now, I like silly popcorn storylines as much as the next guy, but this one is a lot of white noise. Said FMVs also aren’t integrated directly into gameplay in a unique way — they’re just cutscenes, and don’t segue seamlessly into the in-game engine.

You play the part of a young kid who has just been invited to a local street racing event. Much like Paul Walker in the first Fast film, you’ll join a crew, and slowly work your way up the ranks to earn REP (experience) and progress through the storyline. Said crew involves a female mechanic with an attitude, a fast and loose crew leader, and your personal best friend, Spike, a trust-fund kid who lives for danger.

Uh, yeah. Need for Speed tries to introduce “memorable” characters by having them all do quirky things after meeting them, but the performances never really sell it. It’s cool that they periodically call you up, and you can place a name to their face (plus, a lot of effort went into the FMVs themselves in terms of locations and extras), but I’ve already forgotten who most of them are as I type out this review. The heavy emphasis on tweets, hashtags, and social media doesn’t help elevate the tone, either.

When it comes to the in-game visuals on the other hand, I’m torn. The actual street and cars look great, but structures don’t have a lot of detail. Ghost Games boasts that the map is twice as big as Rivals, but I didn’t really notice since a lot of locales looked the exact same. The game is locked in at 30 frames per second on consoles, which is disappointing (as is the lack of split-screen support), but like past titles I didn’t have any issues acclimating. For those who are interested in what type of music plays on the radio, here’s an example of the musical stylings you can expect from Speed — again, like the engine, it’s hit or miss.

Gameplay-wise, Speed does a great job of accommodating both veterans and casual fans alike. It’s mostly an arcade-style racer, with tight handling and simplistic driving conditions, but players can tweak cars individually to their liking, as well as customize loadouts. You can go as far as swapping out your hood, lights, mirrors, fenders, trunk, exhaust, license plate, wheels, side skirts, and more. What’s great about Speed out of the gate is that there are apparently no plans for paid DLC or microtransactions, and every car is unlocked from the start — provided you have the cash to buy them.

Starting off, players can choose between a Honda Civic, a Ford Mustang, and a Subaru BRZ. From there, you’ll work from $8,000 Volvos all the way up to $200,000 Ferraris. Cash is earned at a rather generous rate, so you can keep filling up your garage and customizing at will. It’s sad that it’s weird to see a AAA game these days without double XP Red Bull bonuses and microtransactions, but here you go.

As you tear through the core story, you’ll have plenty of activities to choose from, which is great news for when you start nodding off after the FMVs. There’s daily challenges, a fully featured one-button snapshot and share mechanic, and hundreds of events to find all over the world. It’s also really fun to just drive around aimlessly, as the game uses a Tony Hawk-like combo system that constantly earns you REP (along with multipliers) for doing dangerous things like reaching top speed, driving into incoming traffic, and triggering near misses. The longer your combo, the more REP you earn, so it gives you an incentive to play the way you want. Autolog, which shares your scores and allows you to compete with your friends constantly, is still a thing. 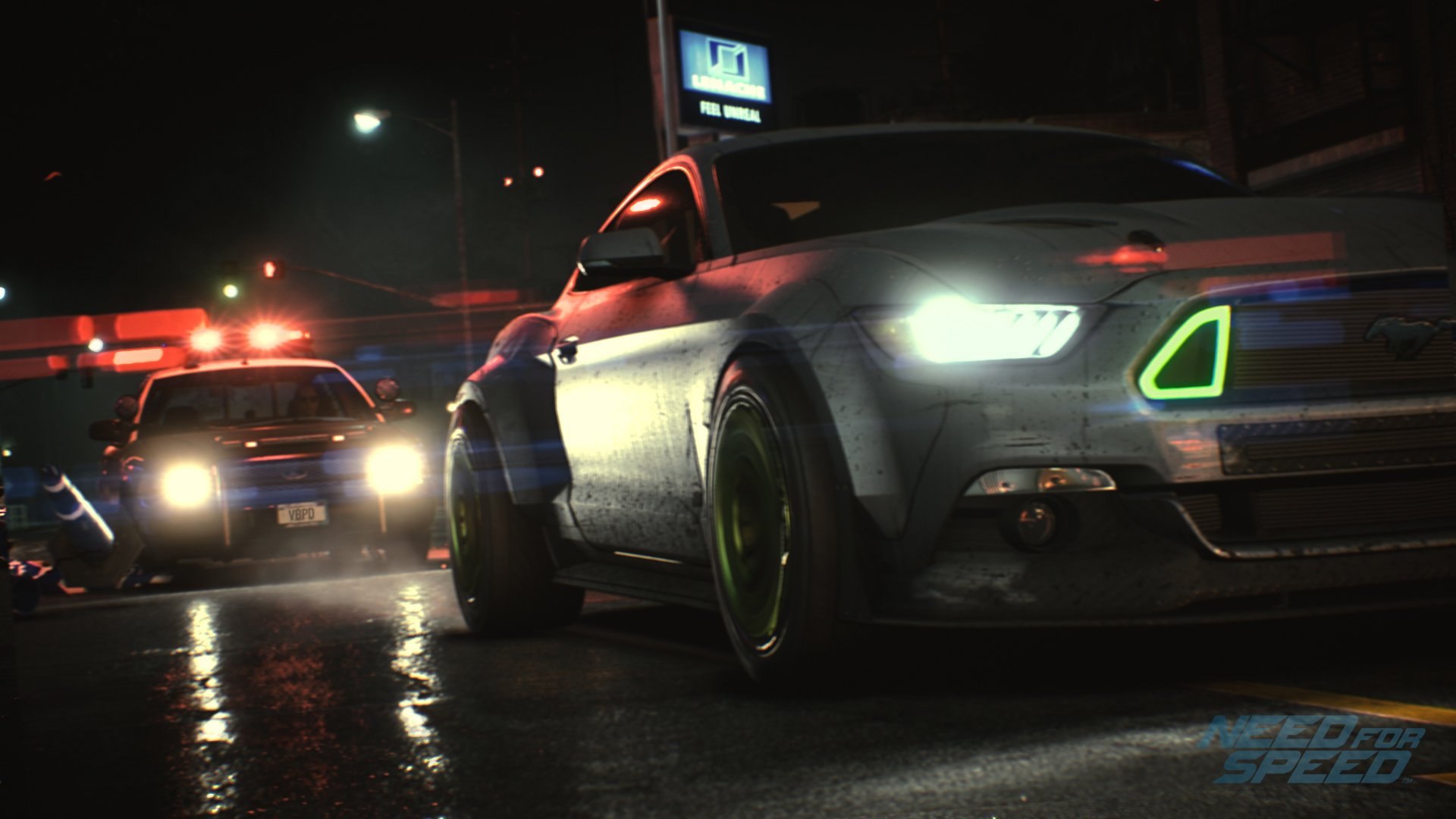 When you factor in Need for Speed‘s forgettable story, you’re left with a slightly above average racing game that’s not as enjoyable as past series entries. From a pure gameplay perspective, it works, but it never manages to elevate itself. If you’re in the mood for a new cinematic racer though, you could do a whole lot worse.