Let it not be said that Namco Bandai is afraid of a re-release. Namco Museum Megamix isn’t just a re-release — it’s a re-release of a compilation of re-releases! An updated version of Namco Museum Remix, which was first released on the Wii in 2007, the Megamix adds an extra “remixed” game and some new classic arcade titles.

We never reviewed Namco Classic Remix and I never played it. I have, however, played Namco Museum Megamix, so let’s review that one! 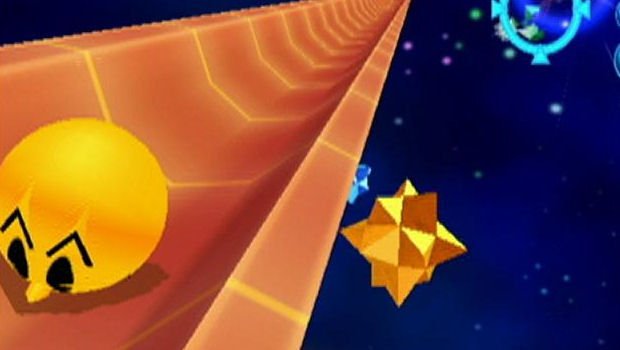 Namco Museum Megamix is a compiles a mixture of classic arcade titles and “remixed” versions of some of Namco’s most famous games. Given new graphics, music, and gameplay centered around the inclusion of iconic mascot Pac-Man, these remixes are the star of the show, although their quality varies significantly.

Chief among the successful remixes is Pac n’ Roll. Previously a DS game, this physics-based collect-em-up suffers from occasionally frustrating control issues, but is a robust and fun little game full of clever levels and unique puzzles. The remixed version of Galaga bears no resemblance at all to the game it takes its name from, becoming a psychedelic on-rails shooter starring Pac-Man, but it’s simplistic enough fun.

There is also Pac-Motos which is simply Motos with new graphics. Kind of fun for a few minutes, easily forgettable.

Gator Panic and Rally X had potential, but the controls are absolutely terrible for them. The move to 3D for Rally X has apparently created a car that’s almost impossible to steer. Either that or Pac-Man is just a terrible driver, as attempting to turn even the simplest of corners causes his vehicle to veer out of control and crash. Gator Panic is, quite frankly, a mess of waggling and struggling with the imprecise movement stick on the Nunchuck. 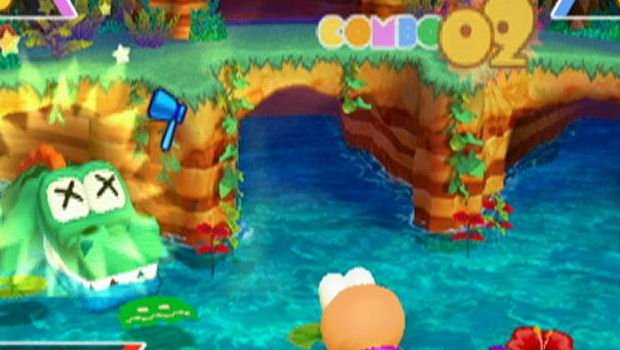 Megamix adds a new remixed game to the compilation, a Pac-flavored remake of Grobda. It’s not the worst remix on the disc, but it’s not all that hot either. Dodgy steering controls and simple graphical overhauls gives it nothing on the original Grobda … and I don’t think the world was necessarily screaming for that game to come back in the first place.

To be honest, Pac n’ Roll is the only “new” game worth having on this compilation. The rest of the remixes range from “bearable” to “dreadful” and it’s rather disappointing. Fortunately, Pac n’ Roll on its own is enough to keep you coming back, as it really is a nice little game. Of course, if you already own the DS version, you likely won’t need it on a console.

The collection is ultimately saved by the stuff that Namco didn’t touch. Namco Museum Megamix features eighteen classic arcade games presented in their original form. As well as the original versions of the remixed titles, the compilation also includes such classics as Mappy, Dig Dug, Xevious and, of course, Pac-Man. There’s nothing in here that you haven’t seen before, obviously, but it’s most probable that you’ll be spending more time with these games than the remakes. 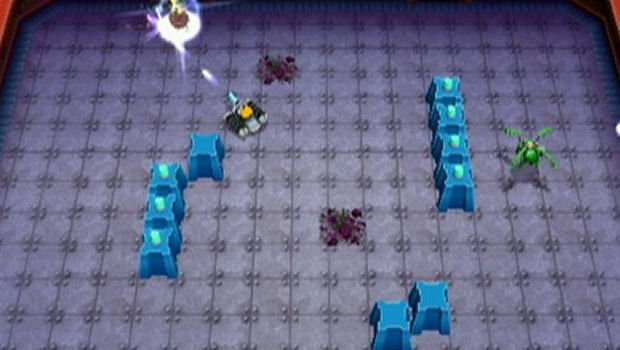 The whole compilation is presented rather well, with games selectable from a hub world in which you roll Pac-Man around to nudge into arcade cabinets or enter remix areas. It’s cute, if not especially amazing. The remixes all look and sound well enough, with bright and breezy graphics and some charming new takes on well-known theme tunes. Of course, such remakes on the Wii only serve to make you wonder what they’d have looked like in HD, which leads to disappointment.

Namco Museum Megamix is an enjoyable enough romp through Namco’s past, but with only one remix really worth playing, it’s not something worth rushing out to purchase. Pac n’ Roll and the collection of untouched arcade games provide enough entertainment for a weekend and not a lot else. As decent as the compilation is, a lot more could have been done in the three years since Namco Classic Remix was released. One mediocre remake and a few new arcade games doesn’t really make this game necessary.

Buy this one if you absolutely love Grobda, but anyone else aching for Namco classics would be better to buy Namco Museum Remix for five dollars.