Now this is what it’s like when worlds collide

Muv-Luv is a collection of the first two entries in a trilogy of visual novels. The first part, Muv-Luv Extra, is basically a slice of life harem anime on the surface. The sequel, Muv-Luv Unlimited, is an epic, mech-filled sci-fi story. Make no mistake, while these two narratives are seemingly-unrelated, they’re very much two sides of the exact same coin. 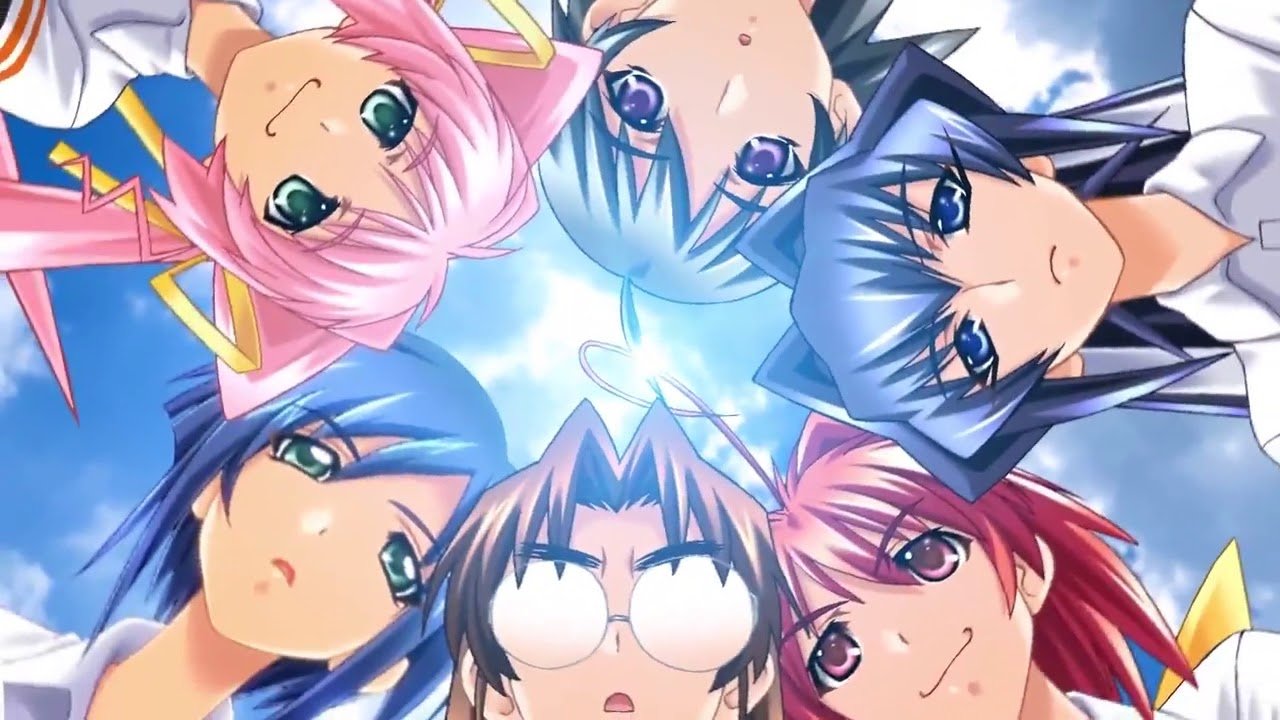 It’s worth noting this originally released about fifteen years ago and some of the story beats and humor haven’t aged extremely well. All of the female characters are, essentially, presented as conquests. They’re fully fleshed out (heh) characters, but the main goal of the game is to eventually sleep with them. Considering Muv-Luv initially debuted with a plethora of gratuitous sex scenes for each romanceable girl, that’s hardly surprising.

While there’s still a bit of fan service here and there in the western release, all of the full-frontal nudity has been taken out. You know what’s crazy? When you strip this thing of all that sexy fluff, it holds up remarkably as a tried and true tale of romance. If I hadn’t already known about the naughty bits being removed, I’d have never even noticed. I’m typically against most censorship of any kind, but these stories are so damn wonderful and heartfelt that it feels inconsequential in the grand scheme of things.

Muv-Luv Extra is, more or less, a straightforward love story and it’s the most divisive entry in the series by a long shot. Takeru, the main character, is thrust into the path of a group of ladies and your only real goal here is to choose one as a romantic partner. He wakes up one day to find a blue-haired girl mysteriously lying in bed beside him and events quickly spiral out of control from there.

Sumika, Takeru’s closest friend since childhood, finds the two of you together, and she’s pissed. She wants blood. Between her and the blue-haired lady, Meiya, you’ll have to attempt to keep the peace. Both of them are vying for your attention, and more characters erupt later to further complicate matters. Our respective Don Juan, Takeru, will have to fend off their advances while attempting to live a somewhat normal high school life.

In this newest version, you’re presented with the option to skip Extra altogether, but doing so would be a great disservice. Not only is it absolutely essential to the storyline of Unlimited, but it’s a delightfully naïve experience in its own right. At the very least, playing through the Sumika and Meiya routes are necessary to fully understand the depth of events to come. It might seem like lovey-dovey, skippable nonsense, but it successfully sets up a story arc that simply couldn’t be told in any other way.

Unlimited, the sequel, retains many of Extra‘s romantic themes, but it takes place in a dystopian future where humanity is on the brink of extinction. The small portion of the population that remains is left fighting for survival, with the help of badass mechs, against a mysterious alien species. It’s impossible to go into more details without spoiling anything, but I can assure you it’s fucking awesome.

The way that these two stories twist, blend, and mirror each other is pretty damn impressive. The plot and characters may not always be completely realized, but there’s something special here. By the time Unlimited’s credits were rolling, I had fallen head-over-heels for this world and the people who inhabit it. However, if you don’t enjoy reading, you’re going to have a bad time. 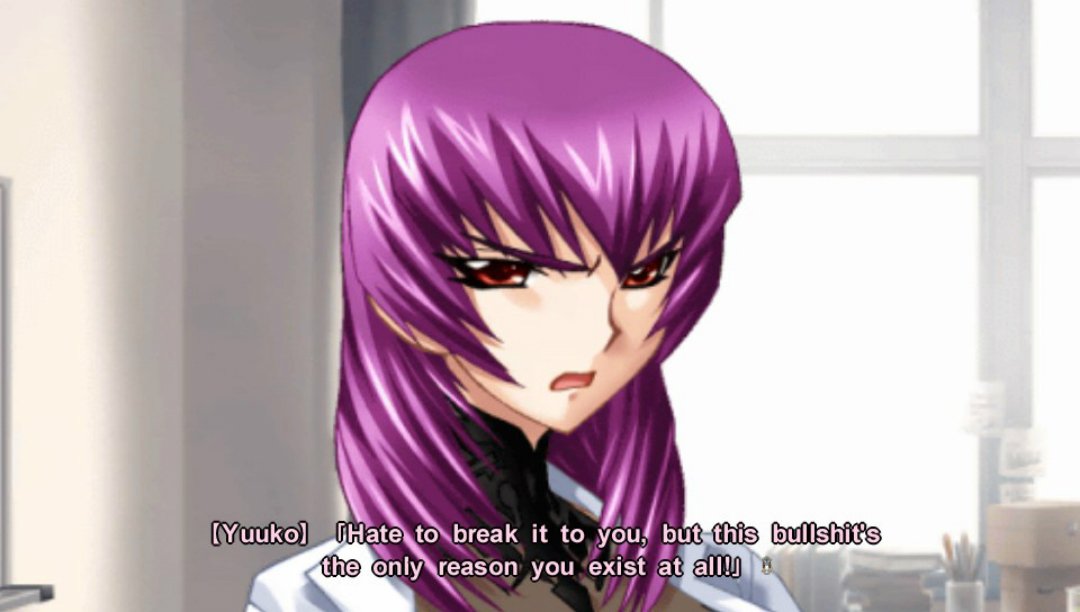 This a visual novel in the purest sense of the term. If you’re not familiar with the genre, this is a largely passive experience. You’ll occasionally answer a few questions, and those will decide which ending you receive. It’s always obvious which girl’s route you’re choosing, so you won’t have to worry about accidentally getting the wrong ending.

These two games are mostly exposition, but they lead to a third act, Muv-Luv Alternative, which delivers an unexpected amount of nuance. Every seemingly-frivolous event shown here is full of intention. Muv-Luv may have dropped its perverted past, but rest assured its unwillingness to compromise on the things that matter is more than evident in its delivery. It knows exactly what it is, and it’s completely unashamed.

This is not a game for the faint of heart. It’s offensive, perverted, and subtly violent at times during its opening moments. It’s also adorable, funny, and heartwarming in equal measure. It’s a complicated beast that rewards those who persevere. While far from perfect, it lays the foundation for one of the most epic sci-fi stories ever told. There is nothing else like it.