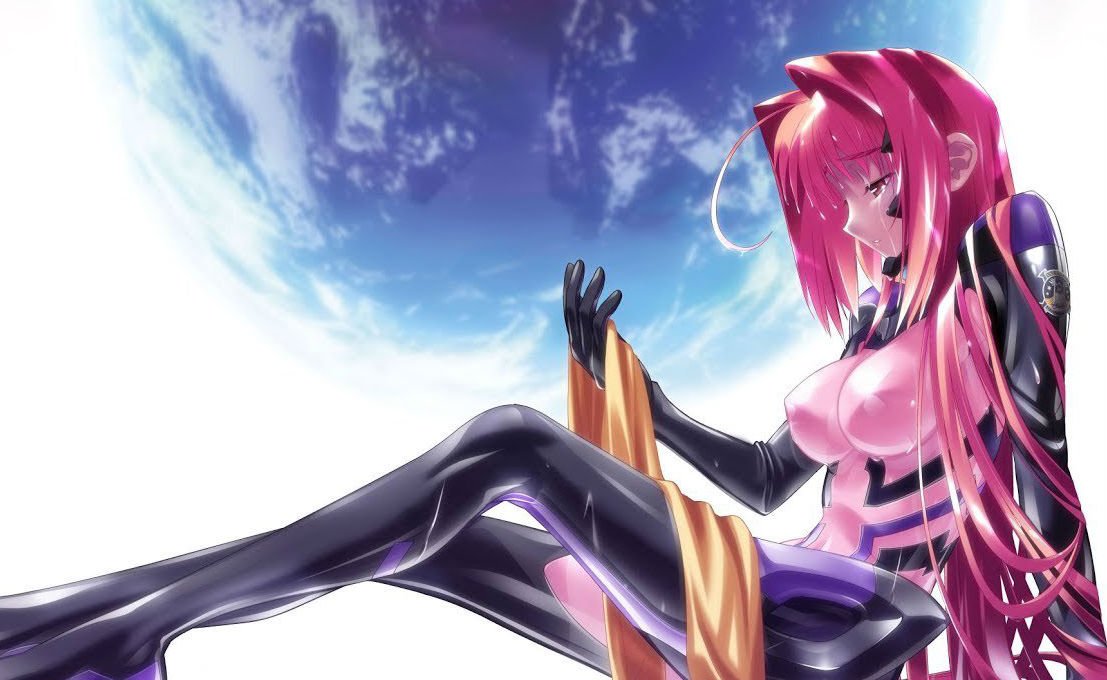 Tears in the fabric of spacetime

Muv-Luv Alternative is the culmination of everything that’s come before it. Muv-Luv, the collection of the first two games, built up a fascinatingly rich sci-fi world which has clearly saved the best for last. This is the big payoff, and it delivers in almost every regard. For those who have no knowledge of the series yet, I am reviewing this devoid of any major spoilers. It’s impossible to separate these games from one another, and I’m hoping to represent that as best as I can for newcomers.

Everything in Muv-Luv Alternative is bigger, better, and perfectly connects the plot in a ton of unexpected ways. The artwork is more detailed, and there’s even a few fully-animated cutscenes. While there were some instances of fighting in Unlimited, this is where the conflict with the alien invaders finally comes to a total head, and it gets downright brutal at times.

In fact, the biggest departure in Alternative is just how fucking savage and ugly things get. This game made me genuinely uncomfortable, brought me to tears at times, and most importantly, it made me truly care about the fates of these characters and the worlds they live in.

The first several hours serve as a recap of past events. Coming in hot off of Unlimited, this was a little less than ideal, but I understand why it exists. It’s not even just a straight retread either. Things play out slightly different, but it’s just close enough to what I’d already experienced to feel a bit monotonous. However, like pretty much everything that’d happened in the story up to that point, the feelings it invoked and the details presented were all very intentional.

The creators want you to feel bored, and they want you to feel like you’ve been through this before. When they finally pull the rug out from under you, it hits that much goddamn harder as a result. After roughly fifty hours of painfully-crafted buildup, Alternative introduces us to the enemy up close and personal.

At this point in the game, every character feels like a close friend who you know inside and out. The stakes are the highest they’ve ever been, and you aren’t just trying to protect some random anime ladies anymore. It’s very difficult to impress just how effective this obscure means of storytelling was.

This epic adventure may have started out as a harem anime centered around everyday high school life, but it effortlessly transitions into one of the most insanely detailed visual novels ever created. It manages the ridiculous task of retroactively improving the previous two entries in the series. Almost every breadcrumb trail and tiny bit of foreshadowing is followed up on in a completely natural way.

Once you get past the initial recap of events, it’s all balls to the wall from there on out. We’re talking full-scale battles, against a horde of invading aliens, packed to the brim with excessively-detailed future technology that believably exists within the world. There are multiple types of mechs used to fight these bastards, and they’re all beautifully realized as well. This isn’t some copy/paste, gaudy Gundam knockoff. The mechrophiliacs (I’m coining that term) among us will have plenty to drool over.

This is hardcore science fiction at its finest, but it doesn’t come without its drawbacks. Alternative suffers from the same complete lack of political correctness as its predecessors. I can see how these aspects may turn many others off from the series.

If you are particularly passionate about just how “woke” you are, and have difficulty separating the standards of fifteen years ago from those of modern society, don’t waste your time. Muv-Luv doesn’t give a shit. It’s not trying to be “edgy.” The story it’s telling is genuinely disturbing, and works, because of just how poorly it fits into today’s world. There were points where I cried because of just how brutal this stuff gets.

This is a dark tale that subverts your expectations and plays off your emotions in impossibly unforeseen ways. Muv-Luv doesn’t want to hurt you. It just does due to the causality of telling its story the only way it possibly could.

It’s crazy to think about, but this started out as an eroge game. As it stands now, in its western release, it’s anything but. Things get so totally fucked that my dick wanted to shrivel up inside itself and never come out again. It was not always easy to keep going.

However, if you’ve got the stomach, you don’t mind a little romance, and you can see past the limitations of the visual novel genre, you’re in for one of the most intense sci-fi stories ever told. The ending initially left me a tad unsatisfied, but repeated playthroughs revealed its true depth. Even now, after finishing everything multiple times, I’m unsure that I fully have a grasp of what actually went down. I still have questions, and I’m positive that the answers lie buried somewhere between a few forgotten words.

Muv-Luv, as a whole, is equal parts beautiful and ugly, and it’s extremely affecting as a result. This is an imperfect yet peerless classic in its field. There is nothing else like it, and I doubt there ever will be. It’s a flawed masterpiece that’s destined to be misunderstood. It may not be for everybody, but there’s something undeniably special here. It will rip your heart out and leave you begging for more.