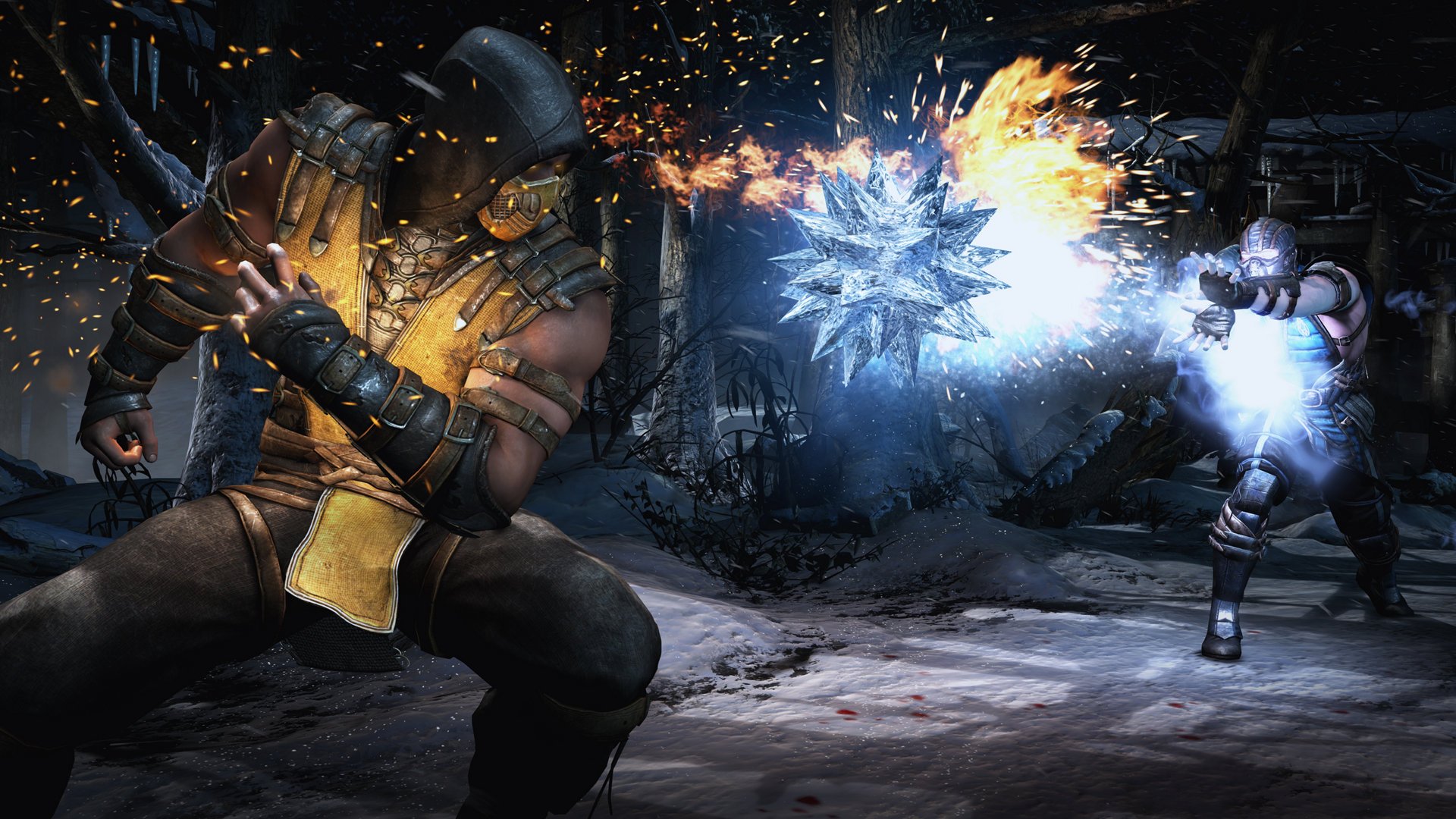 Still not ready for a series Fatality

Fighting game developers are in a really tough spot when it comes to sequels. If you don’t iterate enough, newcomers will be tempted to call it a “rehash.” If you iterate too much, hardcore fans may feel alienated by the vast seas of change.

Mortal Kombat X is more of the former situation, seeking to play it safe by incrementally improving upon the strong foundation set forth in 2011’s reboot. Thankfully, that’s not a bad thing.

It sounds absurd, but the story of Mortal Kombat 2011 is a tough act to follow. The universe was NetherRealm’s playground, offering up alliances and betrayals at every turn. There were no rules, and it did a fantastic job to the point where I’d easily call it one of my favorite fighting game story modes ever. With Mortal Kombat X, it’s not quite as over-the-top, unpredictable, or even as lengthy.

After Shao Kahn’s attempt to rule, Shinnok is up to his old tricks again, as was hinted in the previous ending. The warriors of Earthrealm managed to seal him within his amulet, but of course, certain evil characters have an agenda to fulfill, and the realms are once again in peril. Most of the campaign takes place 25 years later, allowing for a certain degree of progeny-based storylines to accompany the new additions to the roster.

I’m really torn on the new roster in general (29 kombatants, with five as DLC), not just in terms of characterization, but gameplay as well. I’m a huge fan of Kotal Kahn, D’Vorah, and his gunslinging manservant Erron Black. Cassie Cage and Jacqui Briggs iterate enough on their parents (Sonya/Johnny and Jax respectively), but Kung Jin and Takeda feel like wasted slots to me.

Takeda in particular has a really horrid background involving abandonment issues from his father Kenshi, and it comes across far cheesier than the rest of the game’s attempts to link various relationships. For that matter, Cassie’s role in the story feels incredibly forced as well. The strength of the roster overall hides these blemishes for the most part, including the absurd DLC practices by WB, as the on-disc world of Mortal Kombat X is definitely worth exploring, no matter how brief (the story clocks in at just several hours).

I think the tone overall is funnier than the last game, and the action scenes are just as entertaining. A few players though (myself included) may feel like it’s a bit too streamlined, particularly due to the fact that it eliminates all of the crazy parts of 2011 (like uber-hard boss battles and 1v2 matches) and sticks with standard 1v1 bouts. A lot of you out there will probably love the lack of frustration, but I felt like it was a tad too simplistic despite it being a fun ride.

The core fighting system is relatively untouched though, which I’m more than okay with. Two punches, two kicks, and a block button are at the forefront of the game’s mechanics, with simple command moves offering up concepts like slide kicks, teleport punches, and projectiles. The lovely three-tiered meter is back with EX moves (powered up command abilities), combo breakers, and X-Ray supers in tow, which is not only easy to pick up, but incredibly versatile.

Combos aren’t terribly long in Mortal Kombat X but they are complex, and the right ones can deal a deadly amount of damage. It’s good then that you can break them by conserving your bar instead of always using X-Rays, and punish with EX moves that you will have access to on a regular basis. There’s even advanced tactics like meter burn canceling to avoid punishes, and environmental cues (which can be toggled on or off) that allow you to use the background as a weapon or a jungle gym.

As previously mentioned the roster is a great mix of styles, from rushdown to zoning, without going over-the-top with the latter. A number of characters have really interesting wake-up games and other tactics that advanced players will relish — in other words, this is a pretty deep fighter that you’ll have to spend some time with to really stand a chance.

I love the new model designs and the engine, which feels decidedly less dated at launch. Existing characters like Ermac now have a lot more personality, which is perfectly accentuated through his move set, including three variations. Yep, every character in Mortal Kombat X has a choice of three modifiers, which in Ermac’s case would allow him to fly, or gain access to a set of new command moves. It’s not as complex as adding three new characters in my mind, but it will easily serve as a way to vex hardcore players as they’ll have to learn every frame of every variant as they spend their time in the “lab” practicing.

There are modes beyond the story of course, like Faction War, a meta-game that is constantly being played behind-the-scenes, Towers, a large collective of challenge rooms, and other tidbits like Test Your Might or Test Your Luck. Towers is probably the breakout hit in Mortal Kombat X, with traditional series of fights and “Living Towers,” which rotate on a hourly, daily, and weekly basis. Test Your Luck is also a standout, providing random round parameters like “no arms” or other wacky statistical changes. It’s perfect for people who don’t normally excel at fighting games and don’t want to learn every character’s ins and outs.

Faction War isn’t really a game-changing concept, but it is a decent way to keep hardcore people playing. You’ll have the choice of joining a certain clan or group at the start (praise Lin Kuei) for a bit of extra little fluff. Each match you win will contribute to your team’s overall ranking, and fun rewards like more currency or bragging rights can be yours after a certain time period has passed. Just like the new first-person Krypt mode, it’s a great extra to keep you playing even when you don’t feel like fighting a traditional match.

My experience with the netcode has been mixed. For a good while I’ll have fairly uninterrupted matches, but online play is limited by the system NetherRealm currently has in place. In other words, if you are close to someone geographically, it will play better. This sounds like common sense, but in 2015 online gaming is so massive and so global that everything needs to work comprehensively.

As such, some matches stuttered — not to the point of fully breaking constantly — but stuttering can be the difference between a win and a loss in a competitive match. If you have a local friend to play with this is a non-issue, as nearly every mode is available offline. Likewise, if most of your Mortal Kombat buddies aren’t located across the globe, you should be mostly good to go.

Mortal Kombat X‘s impact isn’t as explosive as 2011, but it’s well polished and a worthy successor. I think with a more reliable netcode it will grow into one of the biggest fighting games of 2015, and as more DLC characters are added to the roster, it will become even more enticing for that Komplete Kollection purchase.

[This review is based on a retail build of the game provided by the publisher. A Goro unlock code was also provided on launch day.]