Hey everybody! Fighting games are back! And you know what that means, right? Semi-sequel “updates” to fighting games are also back! BlazBlue, King of Fighters, Marvel Vs. Capcom 3, and of course Street Fighter have all seen at least one retail-packaged upgrade since their respective launches (or relaunches), which have all had varying levels of critical and commercial success.

Never one to be left out, Mortal Kombat has thrown its ultimate hat into the Super Arcade Edition ring, with a retail repackaging of the latest Mortal Kombat release, now infused with all the game DLC, plus digital copies of some Mortal Kombat-themed media. It’s a very different kind of package than what Capcom has provided for Street Fighter and Marvel Vs. Capcom fans, but that’s Mortal Kombat for you: always content to walk down its own path.

But is Mortal Kombat Komplete Edition a path worth paying $60 for? 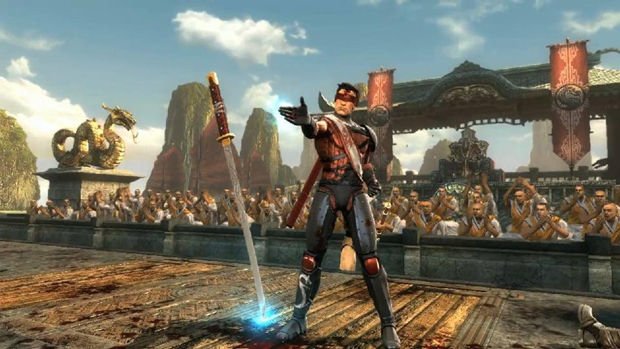 For those of you who haven’t played the original relaunch of Mortal Kombat from 2011, here’s our review. While my perspective isn’t totally identical to the opinions expressed there (personally, I’m still put off by how nearly every character in Mortal Kombat is roughly the same size and has the same reach, type of normals, etc.), it’s undeniably the most robust, well-crafted, fully realized expression of Mortal Kombat as a concept.

On-disc, you get four additional characters (blind fighter Kenshi, lady ninja Skarlet, man ninja Rain, and Nightmare on Elm Street star Freddy Krueger). Other than Krueger, none of the these fighters do a lot to stand out, though they are all well-rounded and amply equipped combatants in their own right. 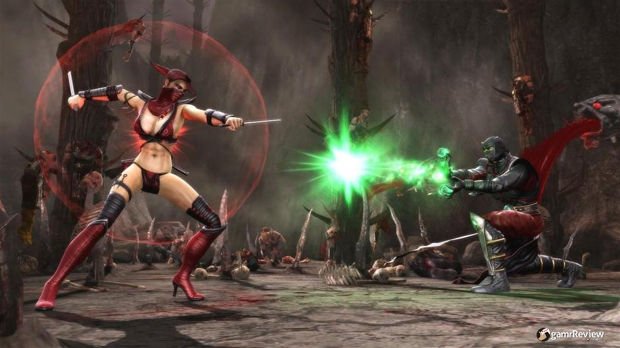 The Komplete Edition disc also delivers all the DLC “Klassic” character skins and fatalities that Warner Brothers put out a while back as the “Klassic Skin Pack.” That package costs $4.99 to download. Similarly, each DLC fighter normally costs $4.99 apiece, or $14.99 for all four. That puts the total amount of DLC on the Komplete Edition disc to around $20. Not a bad deal, but it’s not a deal that will mean a lot to those who bought the initial release of Mortal Kombat. It would still be cheaper for them to buy the DLC for $20 than to re-buy the game and its additional content on disc for $60.

To further sweeten the deal, Warner Bros. has thrown in a couple of download codes. One is for the classic 1995 schlock film Mortal Kombat. The film is an interesting relic from a bygone day, and it makes a nice little bonus, but the fact that it’s a download code is definitely a bummer. It would have been best if it were on a separate Blu-ray disc or at least on the Komplete Edition disc so you could easily bring it over to a friend’s house. As it stands, you get a free download of a movie that most jerks can just easily torrent off the Internet. It’s a nice bonus, but it’s far from a luxury. 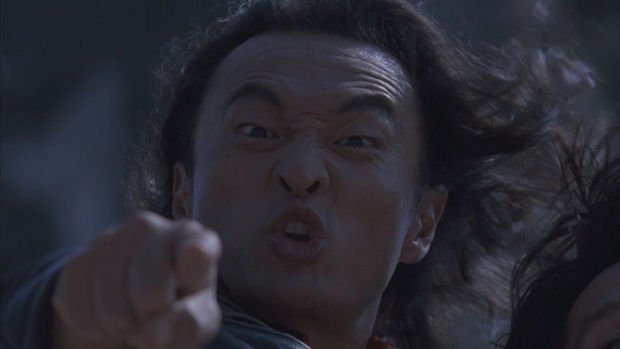 The same goes for the Mortal Kombat: Songs Inspired by the Warriors album code. With tracks by Skrillex and JFK, it’s an interesting culture clash between a ’90s-flavored videogame feel and modern cool-kid music, but it still feels a bit cheap to get this content in download form.

As a package, Mortal Kombat Komplete Edition pales in comparison to the value provided by Super Street Fighter IV or Ultimate Marvel Vs. Capcom 3. Both of those titles cost $40, offered 10 or more additional characters, and had at least a couple of new modes to boot. If Mortal Kombat Komplete Edition were similarly priced, it would be a lot easier to appreciate its value. As it stands, this repackaging doesn’t offer much to those who have already purchased Mortal Kombat other than a feeling of regret. Collections like this only work to train fighting game fans to never buy a new fighter when it’s first released, and to instead wait for the “better” version of the game to come out less than a year later.

If you’re looking to buy Mortal Kombat for $60 and you have to choose between the standard edition and the Komplete Edition, then the choice is clear. If you’ve already got the game, or are looking to grab it at a price that’s more in line with current industry standards, you’d be better served by waiting for the Komplete Edition to drop to at least $40.

This is a superb game in a mildly disappointing new package.