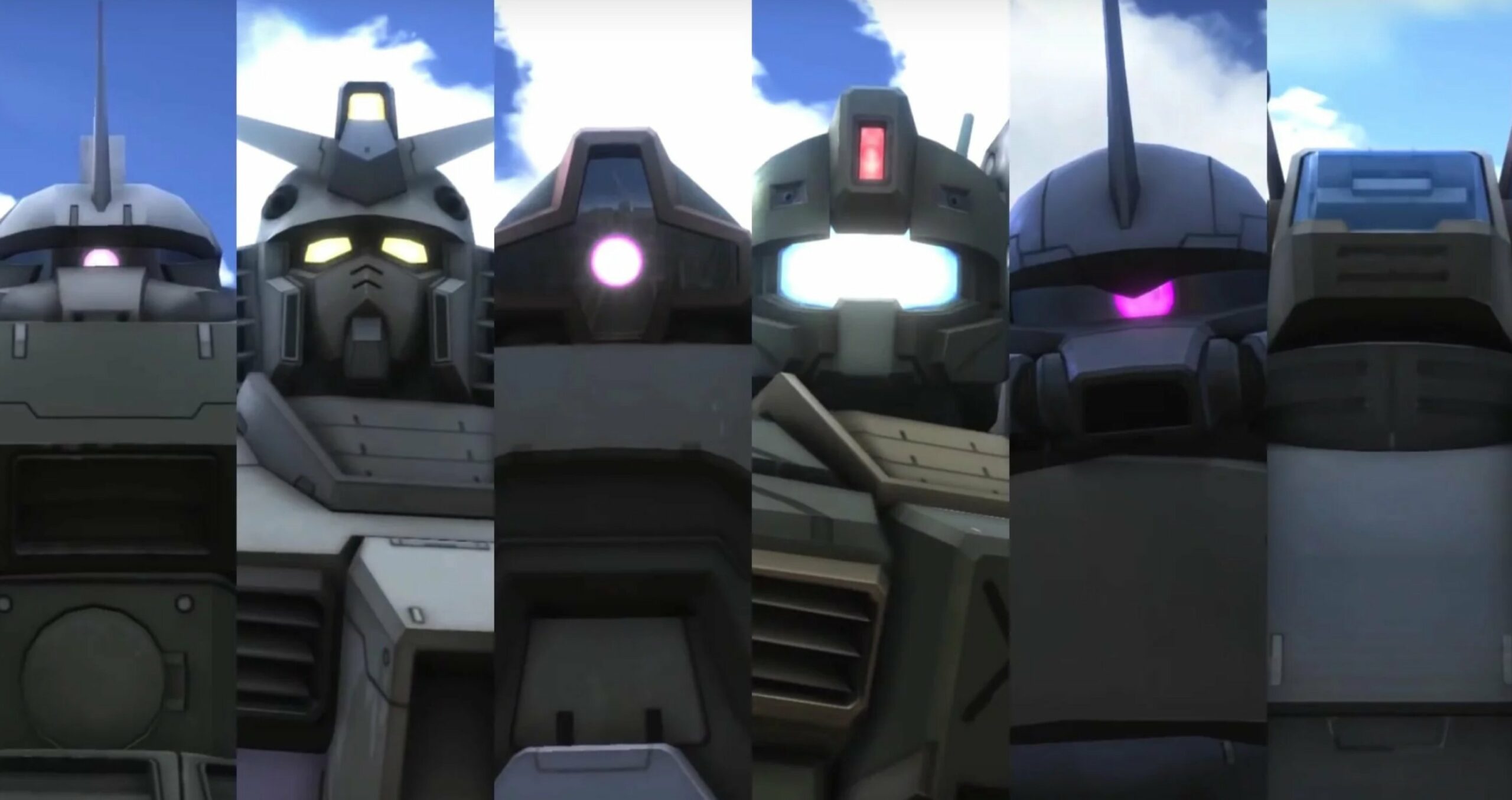 I wonder if the original had this many issues

You ever had a bad game you wanted to like? A game that at its core has something solid and enjoyable, but all the details constantly get in the way of reaching that enjoyment?  That you wish you could recommend to others but just simply can’t? Where if the devs spent a patch or two cleaning everything up, it might feel like an entirely different game?

Mobile Suit Gundam: Battle Operation 2 is a team-based third-person shooter. Players deploy in one of over a hundred mobile suits from the Gundam franchise to fight on one of six ground stages or three space stages. While the locations, mobile suits, and mode may vary per match, it all boils down to a simple goal: Have a higher score than the enemy team at the end of the round. While there are multiple ways to increase your team’s score, for the most part you’ll be taking out members of the enemy team.

During a match, you’ll be engaging in firefights primarily in your mobile suit, which is designed to give a sense of realism. This means every single aspect and design choice is meant to add to that portrayal. They’re slow and bulky targets — whenever they land from any height they need to brace for impact, and have a very limited boost meter for mobility purposes. They can’t immediately turn on the spot like in many other games, leaving them particularly prone to ambushes. Whenever they use weapons, it takes a good second or two to switch between them; heavier weapons like melee and rocket launchers cause them to stop moving briefly in order to fire, but they can reload a weapon when it’s not in use.

There is a bit of a learning curve for how the mechs control in battle. It does have a bit of a janky feel at first, like something out of a B-tier game from the PS2 era. However, once you get the hang of it, it becomes more natural. There is also more to the mobile suits such as abilities that grant stealth or melee combos, but those vary from machine to machine. On the other hand, you won’t be playing with just the mechs.

During battle, you have the option to go out on foot as the pilot. Pilots have a very different role in combat. Their objective is to plant/defuse bombs in bases, capture points that are used for deployment, repair mobile suits, and call in support fire. They are also able to board alternative vehicles, but those are never as effective as the machine they deployed from. Controls for pilots are stiffer than the mobile suits, and it feels awful to get into a firefight with another pilot.

Between battles, there is a base camp which is a hub area for players to roam around in. Here you have the ability to access the clan system, claim rewards from any missions you completed, check out the in-game store and gacha system, and assign mobile suits to be enhanced (potentially giving them a buff once completed). You can also access your customization menus to equip stat buffing parts or paint your mechs. Overall, there’s no real reason to hang out here without a purpose — especially since the framerate constantly tanks while walking around.

For the most part, Battle Operation 2‘s online queue system could be compared to Splatoon 2‘s. It has queues divided into rating, quick, and custom rooms. The two queues for quick match are simply a random ground map and a random space map, and a game type. Meanwhile, there are three queues for ratings matches, which apply rules in the same manner but also have static maps so players can prepare accordingly. Much like Splatoon 2, the rules and maps in the queues are swapped out every two hours. However, the queue system has its own set of issues. This is where the laundry list of problems with Battle Operation 2 begins.

To adequately explain this problem, we must start at the beginning.  The tutorial is outright awful. It only teaches the player the bare minimum of how to play before letting them run wild, framing the tutorials for many mandatory mechanics as optional. As a result, many players hop online not even knowing basic mechanics like the tackle that acts as a counter to melee attacks. These players make mistakes and get regularly punished in their first matches. Even then, these “optional” lessons take place in a flat area and not one of the actual maps, making some of the lessons completely worthless. It also doesn’t help that the game fails to give a proper roster at the start.

You see, every mobile suit has a cost value associated with it. Much like Gundam Versus, units with a higher cost are generally better in terms of stats, how much they can be customized, and weapon loadout, but they also give more points upon being shot down. To balance this out, the queues have cost rules that put a cap on the highest value that can go into a room. Currently, the highest point value in the game is 550, with in-game menus suggesting some up to 700 are on the way. New players start with a roster that is only comprised of a few 100 cost units, a single 200, and a random 400/450, leaving them ill-equipped not only to handle many rule sets, but also to help with role distribution on their team. Since cost is not explained, you often see new players wander into rooms that they don’t have proper mechs for.

Now, how do they get more mechs? From the DP store, where currency can buy mobile suits, parts, and weapons.  However, the store locks its selection based on your level, and the high cost suits are behind 30 or more levels of experience grinding. That being said, you know what ignores that level restriction? The lootbox system, which also contains mobile suits and other items not in the DP store. This tells you exactly what kind of loop Namco is hoping for with that poor starting roster and lack of proper guidance.

Furthermore, new players have no options to practice and learn the flow of the game before facing other players. There are no singleplayer modes, nor any modes that pit players against bots. Worse yet, Battle Operation 2‘s online doesn’t attempt to sort matches by level. I’ve seen the equivalent of level 1s and level 70s in the same room. Not only are these inexperienced players given the impression they’re have the proper loadout for the lobby, they’re also going up against players who have been playing for a very long time.

It’s also aggravating that the online runs on peer-to-peer networking, not on dedicated servers. This means every kind of issue that can create lag — from long distances to wifi connections — is present. If the host disconnects, they can potentially take the whole room down. When the game runs smoothly, it’s great to play, but very often you will encounter the lag to some degree. This can range from projectiles going wide that end up hitting you, to folks teleporting around the map. To top it off, explosive projectiles and melee attacks often stun mobile suits if they make contact, which is a major mechanic in the game. Having these attacks clearly miss or hit while you’re invincible, but then getting stunned afterward is infuriating. If stunning is kept as a central mechanic, Battle Operation 2‘s online state desperately needs to be improved.

I want to like Battle Operation 2, I really do. I like the flow of matches, the gameplay is great, and I adore the large roster of mobile suits. However, every system surrounding that solid foundation seems to undermine it at every step. Maybe future updates can salvage Battle Operation 2‘s myriad problems. But, they’ve all these issues have probably been present since the game launched in Japan over a year ago; that doesn’t bode well for anything getting fixed. As is, the state of Mobile Suit Gundam: Battle Operation 2 is inexcusable, especially for a sequel.

[This review is based on a retail version of the free-to-play game.]