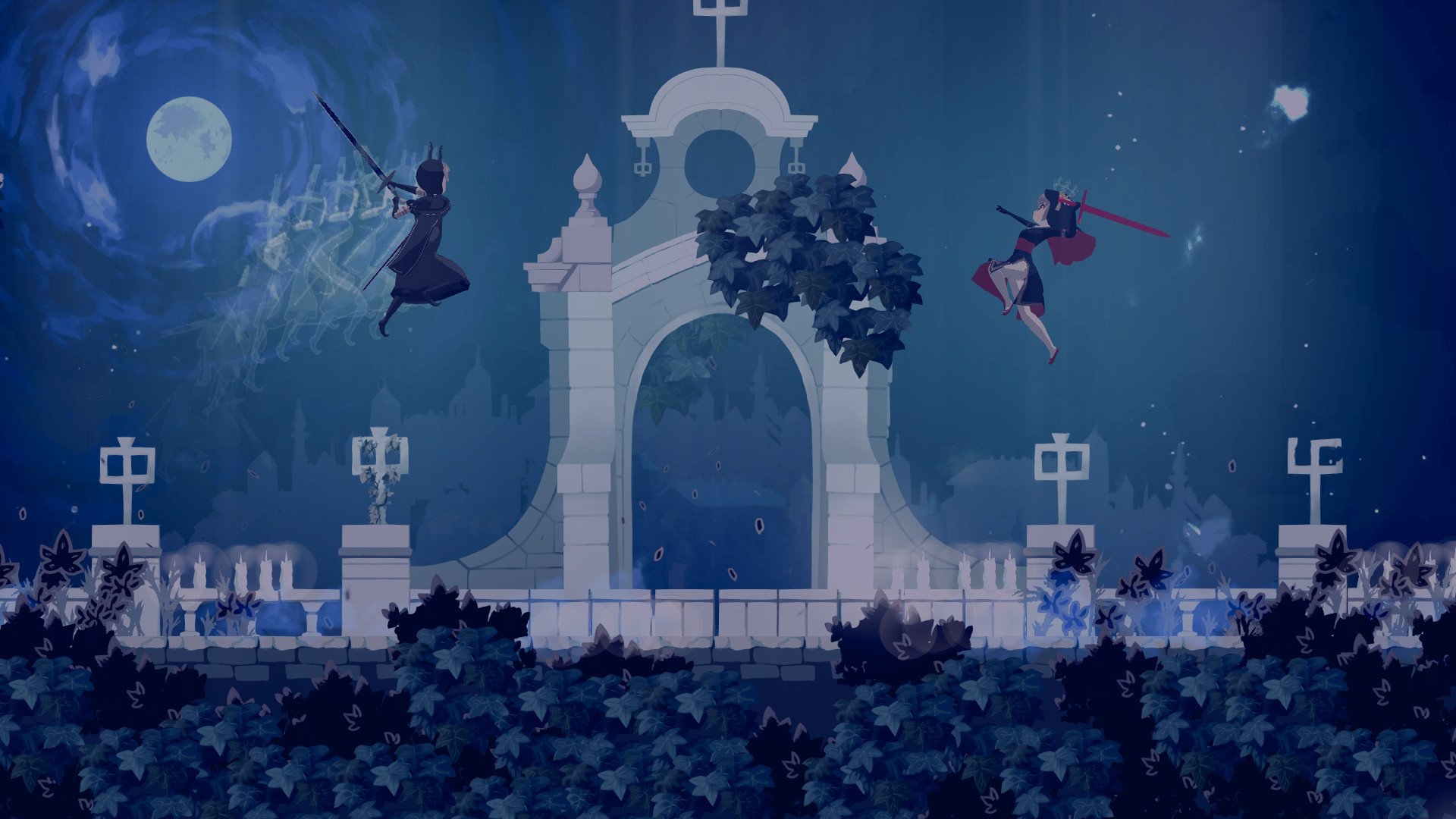 And burn through the witches

You might not know the name “Bombservice,” but you probably know about Momodora: Reverie Under the Moonlight if you follow Metroidvanias in any fashion. Reverie was a fantastic 2016 release that really put the studio on the map, far beyond the existing Momodora niche they had carved out for themselves.

Minoria isn’t quite as on point as their past work, but given their penchant for the genre, it’s still mostly worth exploring.

I’ll play Metroidvanias until I’m dead. Call it a cartographer’s thrill, but filling out a map and getting a little stronger while I do it is intoxicating. Minoria gets that basic formula right but hits a few snags along the way.

The setup is boss as hell. Royalty has been kidnapped, and it’s up to warrior nuns armed with an extreme sense of conviction (and swords) to slay a ton of witches. Religious undertones, loyalty, and faith are all concepts that orbit the game’s loose plot, which frequently pop in for some welcome surprises and interesting boss battles.
Battles really are the core focus of Minoria, which is so clearly set up to mirror a fighting game, down to the more zoomed-in camera.

Combat is very smooth, and centers around a very generous canceling mechanic that lets you basically roll or block cancel anything you want, from basic attacks to combos. It really reminds me of Guilty Gear all told, down to some of the animations, and in any universe being compared to Arc System Works is a very good thing. Parrying also pays off big time with stun meter damage, and the dodge roll has more than enough iFrames (invincibility) to get you by.

Bosses, especially my personal favorite, mano a mano humanoid foes, are a high point. But even taking out a group of ranged and melee enemies at once can be a thrill, especially when miniboss-esque combatants enter the mix. I always dig an addicting XP system as well, so there’s actually a point to mopping up all these chumps on the way to the finish line.

There’s also a spell system layered on top, which is a bit wonkier. By default you can equip three command spells (like fireballs, stat-increasing buffs, or basic heals), and two passives (extra stun damage, passive regeneration, and so on). To swap spells you’ll use a clunky d-pad system, and strangely, once a spell is spent you can pause the game, equip another spell, and use up all of its charges until you hit a checkpoint.

You don’t have to do that obviously, but it feels like a small exploit when a radial system or perhaps button-specific spell linking would have been ideal (you pretty much always have a heal equipped, it could have been its own button). In what could also be considered a “spell” your weapon arts are initiated by holding down the attack button, which is especially annoying when you start using your basic attack for upward momentum during traversal.

Jank spills over to the map system too. The map isn’t as descriptive as I’d like, with no room for manual marking (a staple in modern Metroidvanias) or pretty much anything helpful outside of a very basic outline of rooms. Item placement is odd too, as there’s sometimes rooms with big dumps of items in them strewn about. Then there’s an instance near the end where I had purchased an item from the hub shop (which is a library, by the way: classic) that just became available that reduced incoming damage by 5%: moments later I found an item that reduced it by 20% and enhanced my iFrames after being hit. Talking about an incongruent upgrade!

It all sounds like a lot to deal with, but with such a big focus on combat and the art style, it evens out. I love the shadowy idle animations for nearly every character model that help illustrate the dichotomy between the dark and holy players in the world. The soundtrack is absolutely beautiful to boot, and the sound effects really helped me get into each and every battle, even the more rote encounters. There’s also enough there to warrant another playthrough (just maybe not right now on my end). After the curtain falls a slightly larger library hub unlocks that grants you a few new items (including a cool cross-game cameo), the chance to teleport everywhere and comb 100% of the map, a challenge room gauntlet, and a New Game+ option (tougher enemies, more experience, item retention).

Minoria is an uneven game that will serve as a rainy day Metroidvania if you can’t get your fill. In any case it just shows the world how talented Bombservice really is, and how I’ll be following them until the end of time.