The story is building…

Telltale fans have grown accustomed to a two-to-four month wait between episodes. So when the studio surprise launched Assembly Required just two weeks after The Order of the Stone, it caught everybody off guard. Even though I found the first episode to be just average, I could get used to an accelerated release schedule like this.

Assembly Required continues the story of Jesse and the gang, and it introduces a few new characters into the mix. Otherwise, it maintains the same feel from the first episode, entertaining enough but mostly benign. 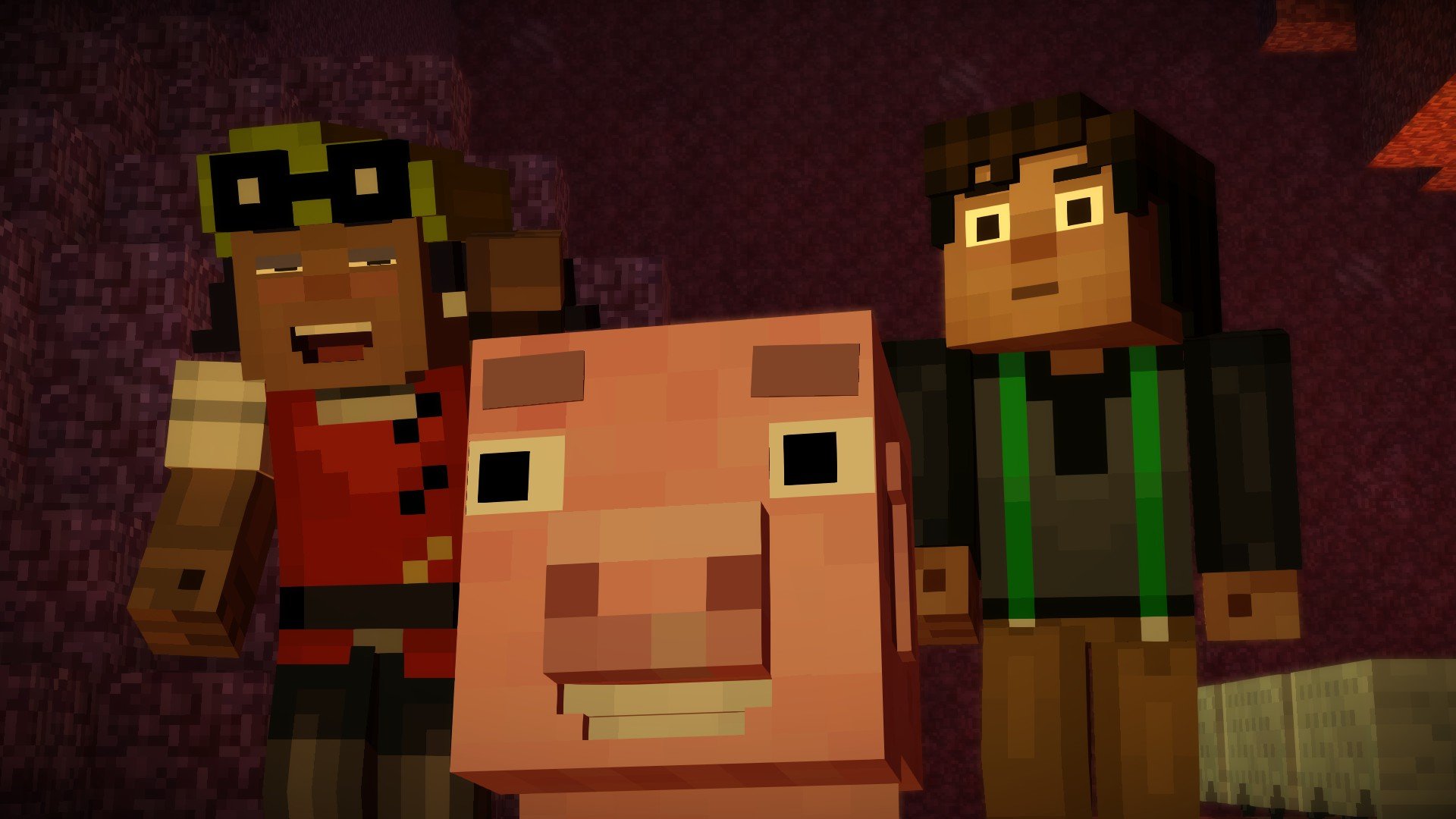 The one big risk Telltale took with this episode was hinted at the end of The Order of the Stone. Depending on whether players choose to side with Olivia and seek out Ellegaard or to side with Axel and look for Magnus, the entire first act of the episode will play out totally differently.

On the one hand, it’s a bold step forward for Telltale, which is often criticized for touting its choice-based gameplay while delivering roughly the same story to everybody regardless of the decisions made. With the choice of Ellegaard vs. Magnus, the consequences were immediate and impactful, affecting a huge chunk of this episode. The final outcome might not be any different, but the journey certainly is.

On the other hand, it provides for an experience uneven among players. The first half of the episode takes about 40 minutes to get through, and most people will only see one of the two segments. It stings a little because I chose to find Ellegaard, but was later led to believe that the Magnus section is the more entertaining of the two. If nothing else, it might convince me to start up a second save file just to see what I missed.

Speaking of Ellegaard and Magnus, both characters are fairly unlikable. Ellegaard is haughty and aloof and Magnus is snide and combative. It creates a conflict between the two that might serve a narrative purpose in the future, but mostly just makes me wish I could have chosen neither of them right now.

That turns out not to matter much, since both make an exit not long into the collective journey and bring the group back down to the core members again. Just when Story Mode threatens to feature a real, interesting human moment, the action leading to the episode’s climax starts up, postponing the good stuff until a future episode.

The cast continues to perform adequately. Each of the characters has his or her own distinct personality, and the actors deliver well enough. The writing is still falling flat for me. Things are happening, the narrative is progressing, but it’s just not especially good yet. None of the jokes made me laugh. None of the drama made me think. 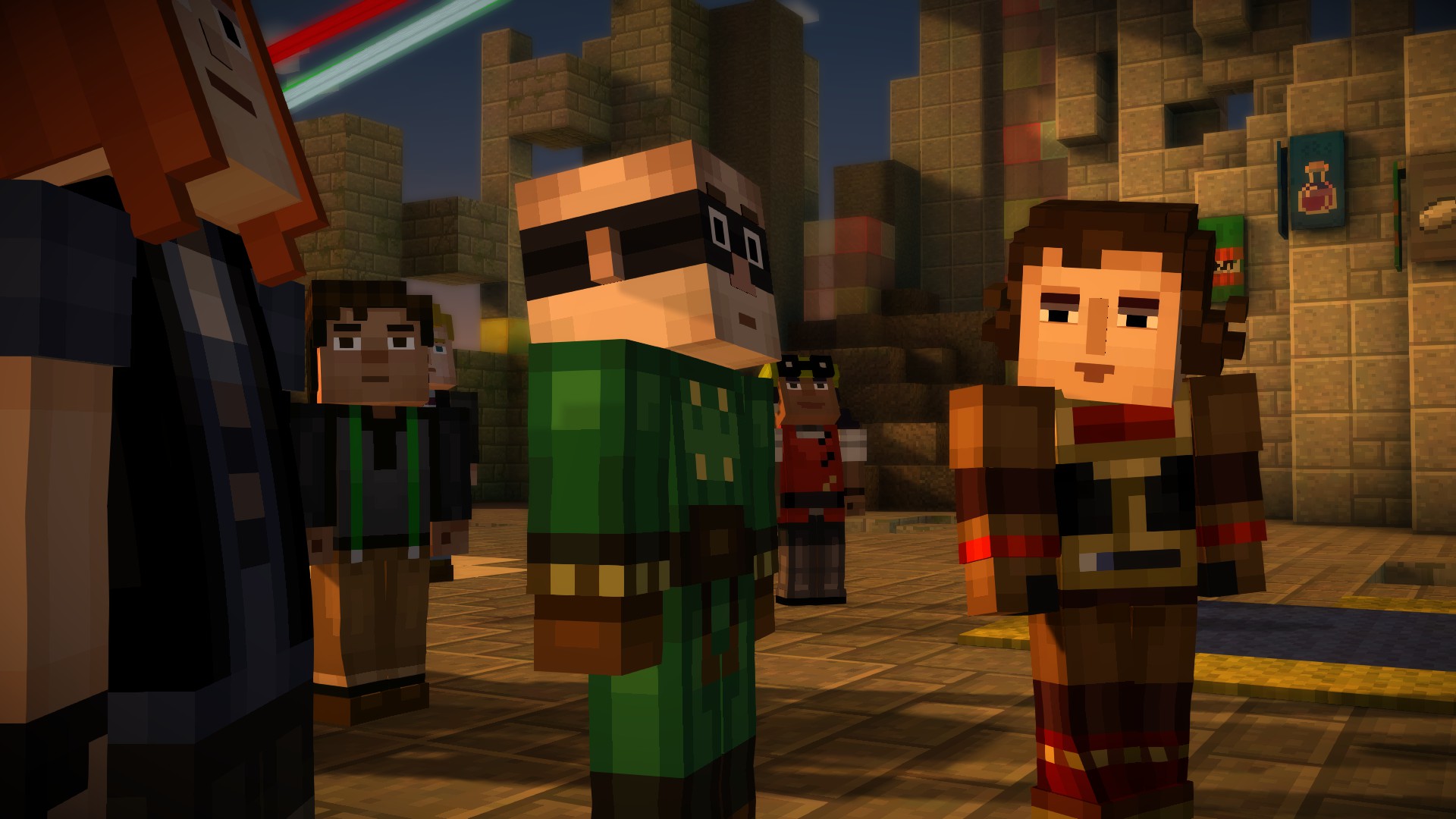 After two episodes of Minecraft: Story Mode, I find myself struggling to care. It’s a story and I am experiencing it, but that’s the best I can muster. It’s not bad enough that I’m dreading having to play three more episodes, but it’s not good enough that I’m looking forward to it either. It could cease to exist and I would be utterly unfazed.

There is some hope for the future of the series, as Assembly Required has planted some interesting seeds of what’s to come, but it’s not quite there yet.