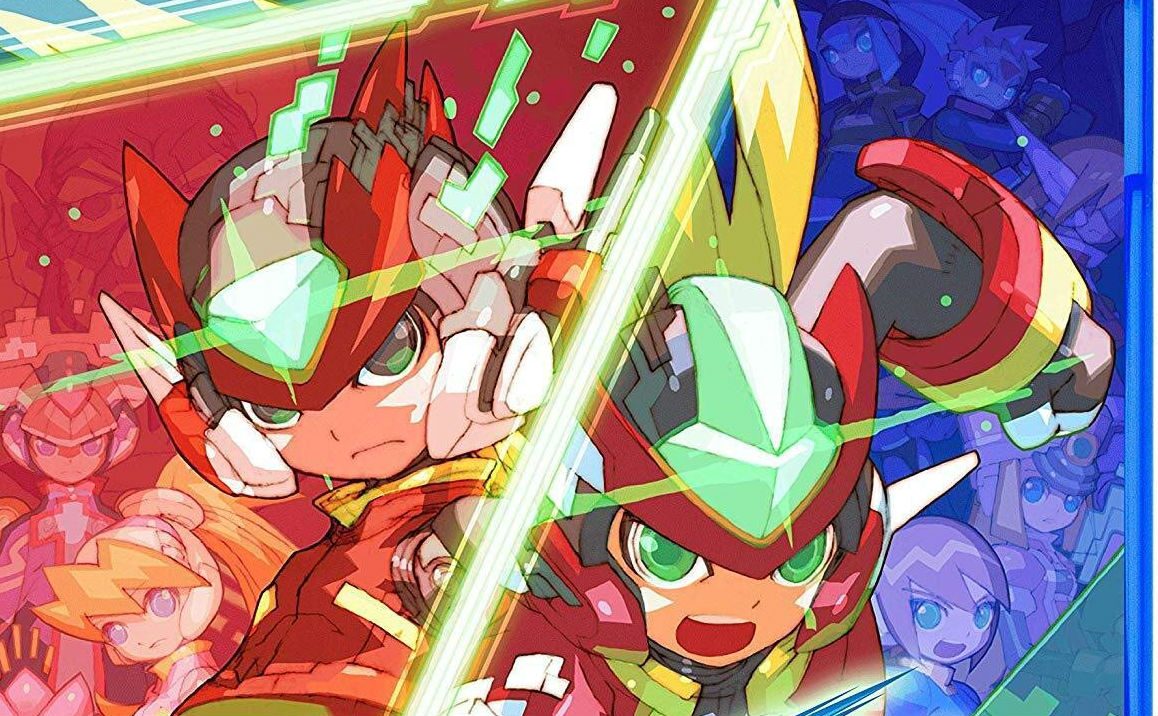 Elf off the shelf

When work began on Mega Man X, Keiji Inafune, the father of the series, originally envisioned it with Zero. Plans changed and X became the hero instead, but Inafune had his cake and ate it too once Zero became something of a fan favorite. He would become a staple of Mega Man X shortly after, with multiple subplots focusing on the character and of course: the ability to play as him.

After Mega Man X kind of got away from Inafune, he had his chance to give his true creation a starring role with the Zero series. Inafune would continue to work at Capcom, having a hand in Mega Man ZX and ZX Advent, spiritual successors to the Zero series, and Star Force, before unceremoniously departing in 2010.

Nearly everything in that timeline is worth revisiting: including all of the entries in the Zero/ZX Legacy Collection.

I’ll let you in on a secret: although Keiji Inafune was pivotal in the creation of Zero and Capcom published all six of these games, Inti Creates actually developed them.

The very same Inti Creates that’s killing it with Mighty Gunvolt was once Capcom’s go-to Mega Man studio. But this set of six games in the Mega Man Zero/ZX Legacy Collection (Zero 1-4, ZX, ZX Advent) are all decidedly Capcom in their DNA, but with more of a focus on a narrative and some gameplay tweaks. They are as official as it gets, as both subseries are actually linked to the main timeline: as loose as it was at that point. Zero is 100 years after the X franchise, and ZX is 200 years after Zero.

It’s a bit heavy. Originally edited lightly for content (mostly violence), Zero opens up in a far-flung atmospheric future in a massacre. The immediate access to a Z-Saber that can slice humanoids in half is just cool enough to fit the new universe without feeling too edgy or distinctly not-Mega Man. After his awakening, Zero acquires new powers (familiar, right) and can take on missions and bosses out of order (Bingo! Mega Man DNA).

All the Mega Man Zero games, and I say this because they have a firm throughput line linking them, has a great foundation of speedy combat. It doesn’t get too twitchy, but the focus on the main handgun weapon allows Zero to feel different from his past counterparts, and the vast array of subweapons (like a whip or a boomerang shield) enable multiple playstyles. It all comes together like a combo of the classic (pre-Mega Man 4 buster charge) and X series. If you found them impossible ages ago, they’ll be a little easier to swallow with the optional “auto-saver” mechanic, which eliminates continues and allows you to return to save points after death.

The ZX games, which again take place after Zero but are actually far different thematically, were crafted as Metroidvanias before that term was so utterly ubiquitous. I have a soft spot for them, but learned to really adapt to the complete sense of aimlessness they tend to encourage. They’re really tough games that can be completely unforgiving in a “I lost my train of thought for half a day and forgot how to play this” sort of way. It rules.

You just need to go into them with an open mind, and the auto-saver will really help space out some of the less forgiving portions. Another concession you may need to make: both ZX entries were originally DS titles and it shows. The map is shoved on the screen in a clunky way, despite multiple UI options to move it around and a button toggle to turn it off. One option even employs two screens, and for that reason alone, the two ZX games are best on…wait for it…Switch. Due to the nature of the GBA, screen real estate can also be a problem in the Zero series.

But of course this is a “collection,” a moniker that grants certain bonuses on top of the six games and the remastered visuals (which can be turned off or changed into old-school scanlines, among wallpaper and aspect ratio alterations). There’s an original or mastered audio vocal option, art and music galleries, the auto-saver, and a “Z Chaser” mode that’s basically a baked-in speedrunning gametype with ghosts. Given that each Zero game is a few hours long and the ZX duo are roughly 10 hours each, there’s already a lot to work with here if you’re going in completely blind.

Any one of these games is worth throwing 10 bucks at, much less all six. So long as you can deal with some antiquated visuals (even with the new look) and a bit of exploration-based frustration with the ZX games in particular, you’ll have plenty of rainy days squared away with the Mega Man Zero/ZX Legacy Collection.