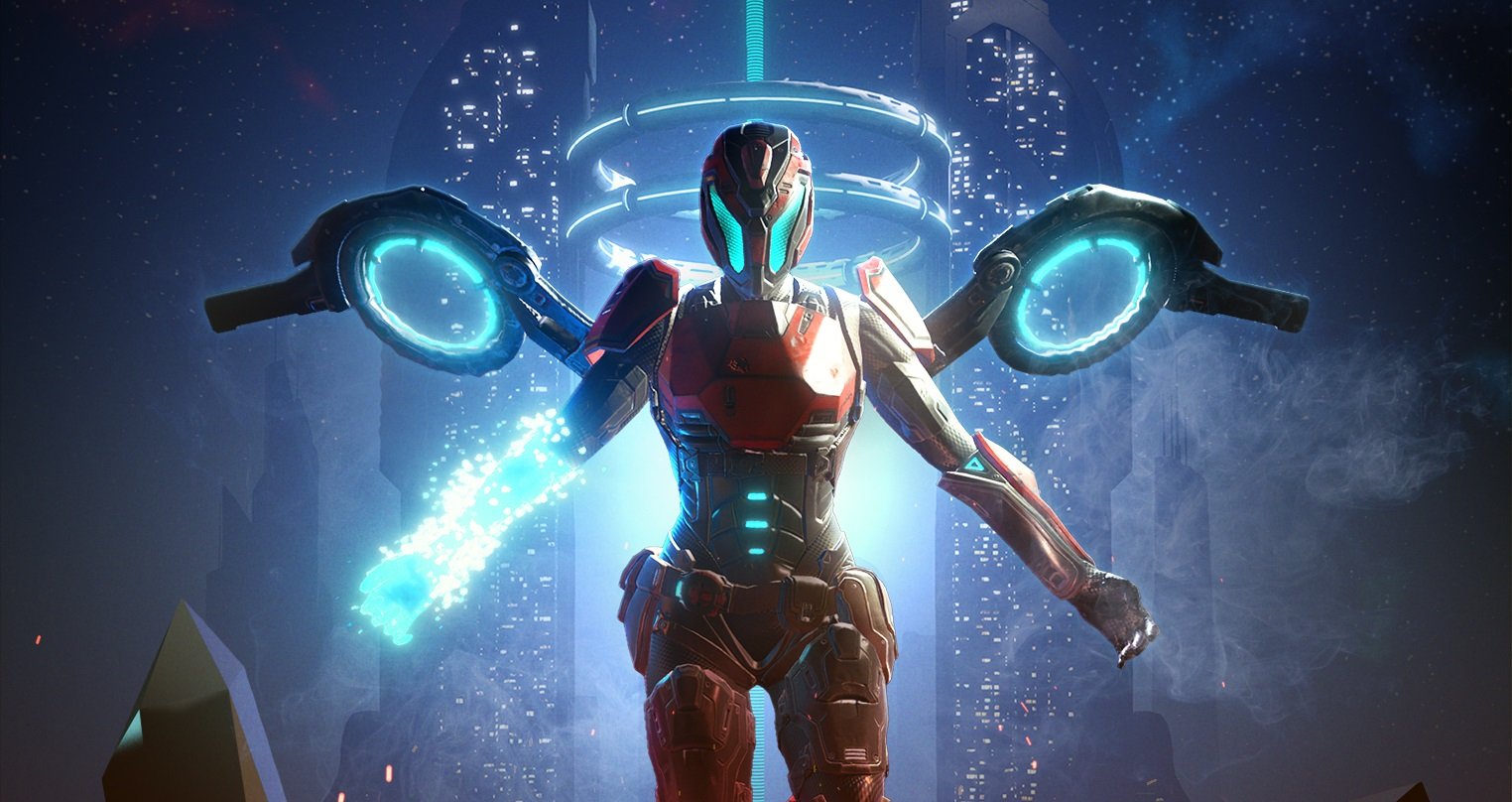 It’s hard to believe that Housemarque has been around since 1995. Having undergone two studio name changes, they’ve developed a number of low-key games over the years, but managed to strike gold back in 2007 with Super Stardust HD (itself a re-imagining of their past work). The rest was history, as they’ve been steadily developing downloadable hits for Sony every few years since then, with the occasional jaunt for another publisher.

Now, they can add Matterfall to their list of recent successes. 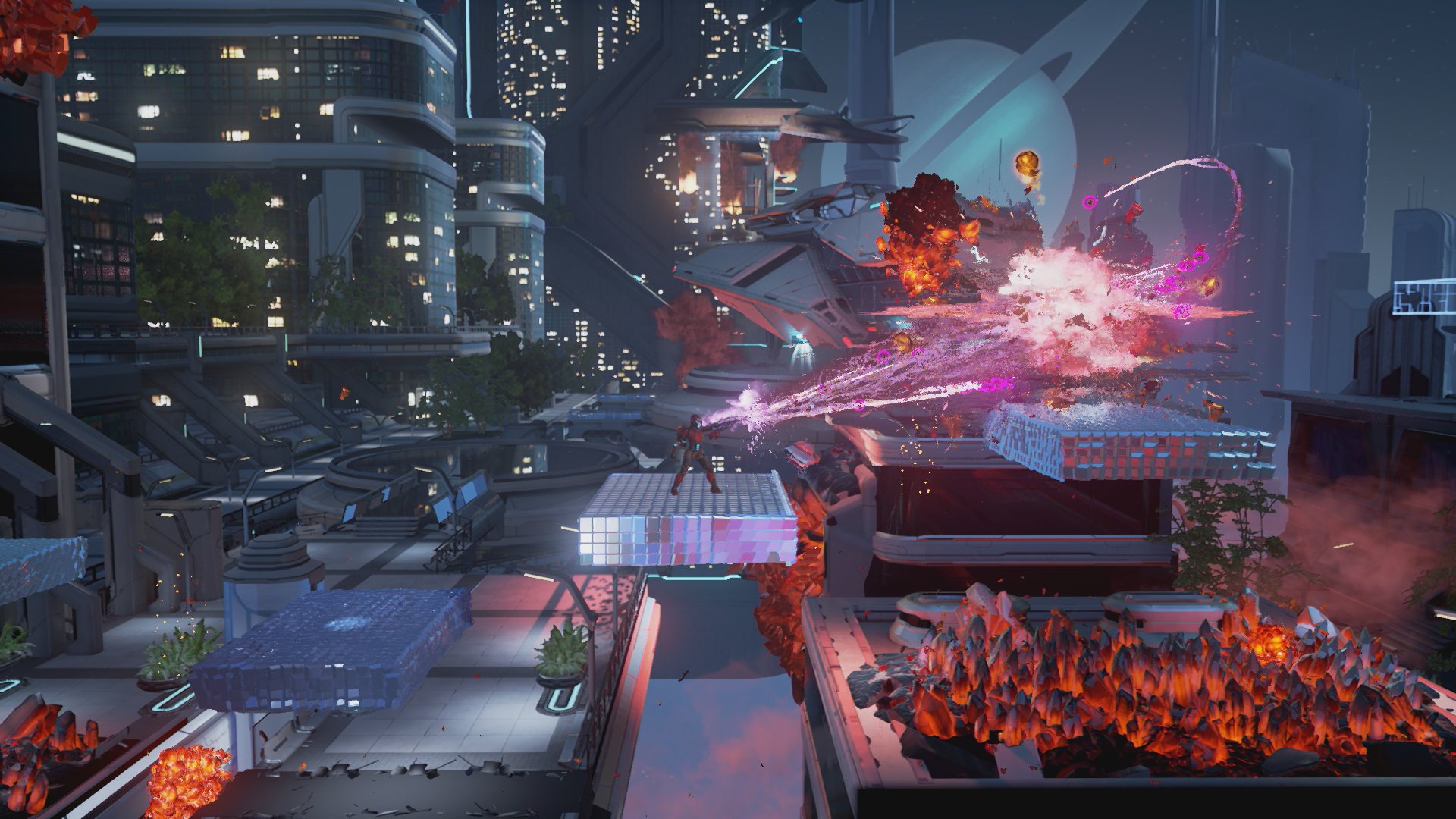 Matterfall is an old-school, “beat it in a few hours,” score-attack kind of game with a bumping electronic soundtrack — a signature of sorts for Housemarque, and something I can get behind. It also has that same vector sci-fi visual feel where anything and everything can break apart, which somehow hasn’t gotten old yet. This studio has a way with making it seem new each and every time they trot it out — like they’re replicating an ’80s aesthetic, but in a non-cloying way.

It plays like a platformer of sorts, with a dual-stick twist and an offensive dash mechanic that’s kind of like what Comcept tried to accomplish with Mighty No. 9, but better (than nothing). Dubbed the “strike,” it doubles as both a dash and a bullet disperser, and contains just enough momentum so that you’ll need to time it rather than spam it.

Its whole loop errs on the side of challenging (especially if you jack it up to hard mode), but it’s all very forgiving. Checkpoints restore health and strikes give off a sort of aura when they activate, so you don’t need to use an exact science when rushing into a situation — this is all balanced when you realize that getting hit reduces your multiplier. Again, it’s a score-attack joint.

The other “big thing” Matterfall employs is an energy beam that can create platforms and manipulate objects. Between this and the strike, they’re two concepts that allow for a ton of ingenuity that doesn’t get old across Matterfall‘s short length. Air-dashing when firing at any enemy, having to create new platforms on the fly lest you fall to your death, running and gunning backward while being chased, Zero-G sections that emulate a shoot-’em-up, it’s a lot to take in.

It’s all over before you know it though in more ways than one. Bosses are basically amalgams of concepts you’ve already seen before in past levels (so much so that they don’t feel like their own entity), and just as it gets good, it’s over. I do feel some incentive to go back and speedrun levels without getting hit, but Matterfall doesn’t grab me in that “one more run” way that other score-attack games do.

Housemarque could have gone a bit farther with Matterfall, because while the general theme is on point, several elements, the protagonist design included, failed to make their mark on me. While it remains stylish throughout there were a few sections where I felt like I was just going through the motions, doing things I had done many times before, just with a nice HDR sheen to it. It’s not quite Outland (which Housemarque also created), but it’ll do.