There’s no two ways about it: the season pass for Marvel Ultimate Alliance 3 has pretty much bamboozled us so far.

Okay, I get that the first DLC might not meet all our expectations. But the second pack similarly disappointed and completely lacked any semblance of an actual story: so much potential was squandered with these high-profile, highly requested characters.

The Fantastic Four, having been on the backburner for many years, deserve more than that. They kinda got it. 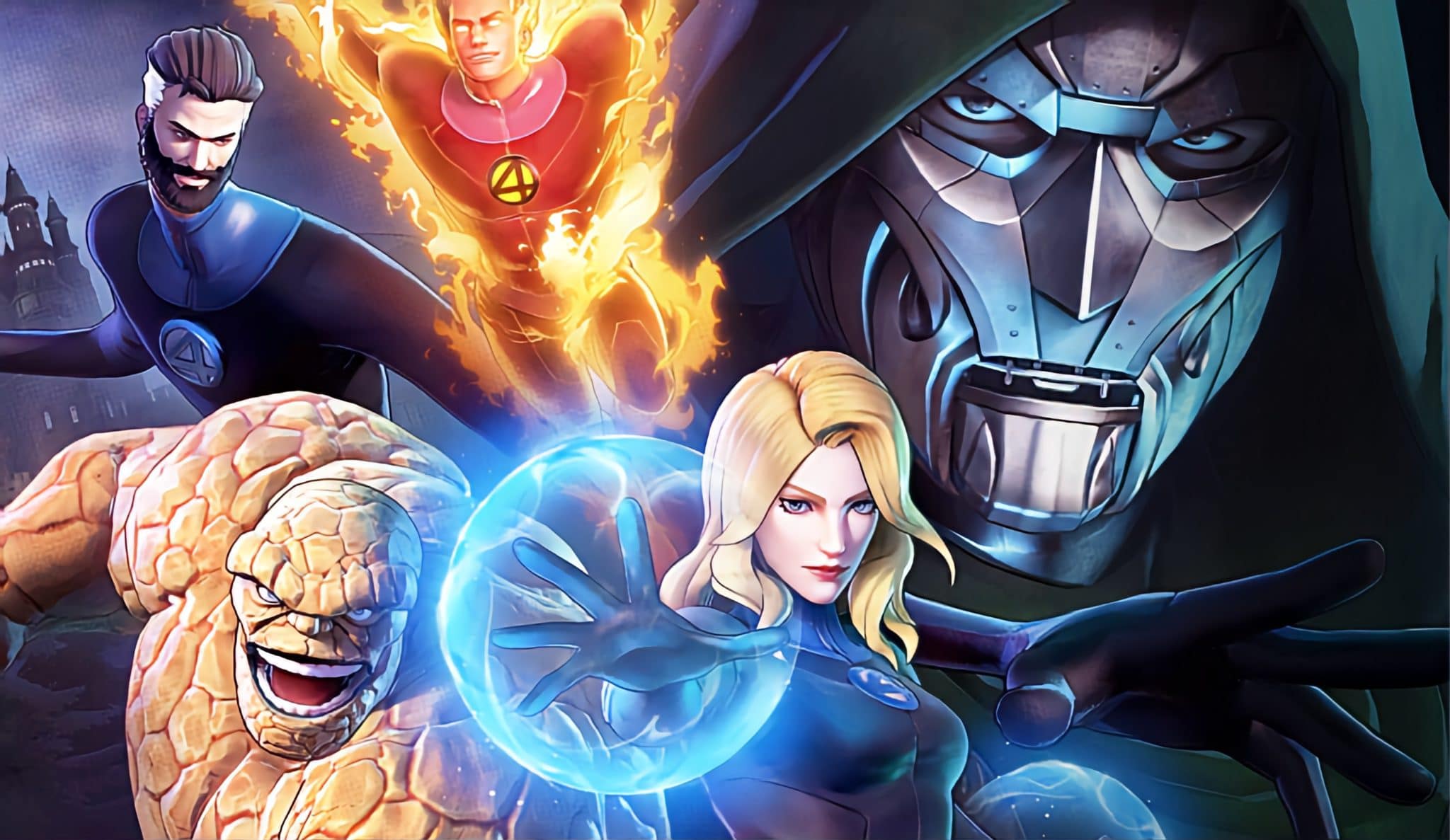 Finally, the day has come! We have a story DLC.

All you have to do is own the season pass, clear Chapter 10 to unlock it, then select the Shadow of Doom expansion from the menu and you’re on your way. Of course, Mister Fantastic, Invisible Woman, Human Torch and the Thing perfectly fit into the “four DLC characters” archetype thus far. This is a post-Thanos world, and in intro cinematic form, everyone is commiserating over the fact that someone else may be coming for the Infinity Stones before a sudden attack. The gang is all here, even the new DLC characters like Blade and the X-Men, and in a very joyous MCU-like scene, we’re forced into a new conflict.

To be frank, this is all most of us wanted from the season pass. Watching Blade, Moon Knight, Punisher, Morbius, Cable, Phoenix, Gambit and Ice Man all soullessly shamble across the screen in the prior add-ons without cracking wise was a misstep. In Shadow of Doom, hearing Iron Man joke about Doctor Doom stealing his patents is classic Marvel and I am here for it. There’s more than just that one intro scene too: the Four show up and get to shine, and bosses get their own cinematics. You also get to decommission Doombots and raid Doctor Doom’s castle: why couldn’t the other DLCs be like this?

Doctor Doom himself also rules. He’s one of the most highly asked for villains in any Marvel IP (digital, tabletop and beyond), and he’s more than deserving of a big bad spot that potentially caps off this entry. The raid-like boss battles continue to roll in with Doom at the helm and they’re still fun in an arcadey beat ’em up way. Thank goodness, you don’t unlock the other new characters through boring gauntlet grinding, but through the story in a more natural way. In fact, you get the Four all at once after the intro mission. No withholding nonsense. 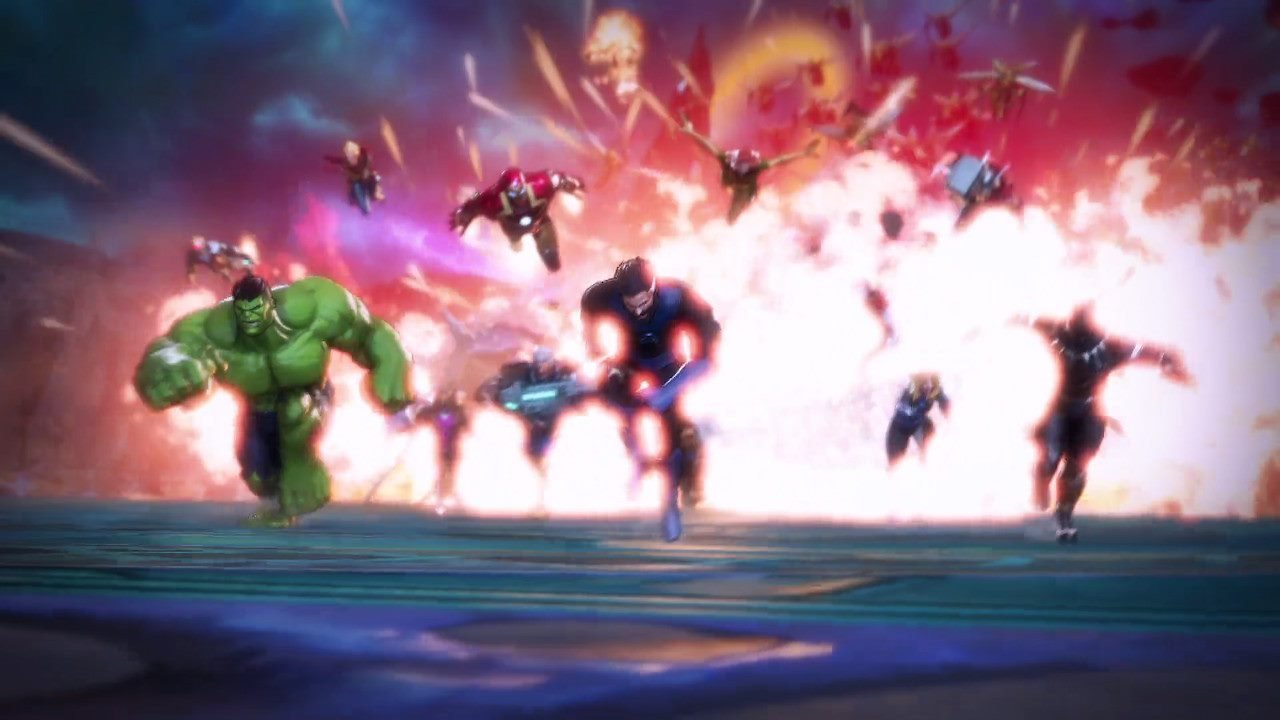 Mister Fantastic is a wonderful addition to the team, as he can handle large groups with his stretch-factor, and turn himself into a parachute and glide for good measure. The Invisible Woman feels a little more familiar, rocking abilities that hail from flight-capable heroes like Storm, Magneto and Phoenix, with the exception of one stealth-based ability. She is, however, a tad more flexible with a protective shield support power.

Human Torch, as expected, is explosive, focusing entirely on damage with the fire-based aspect. And The Thing does his thing with large swaths of single-target damage and some defensive capabilities. Each individual Fantastic Four member holds their own, but as a team, their design philosophies really sing. You have an answer to everything if you swap around, complete with two damage dealers, a healer (support) and a tank, plus the banter (both of the scientific and clobbering nature) is great and true to the source material. You also get more Danger Room levels, new gauntlets, nine outfits, more voice lines, a final fifth secret character after completion and a tease for more (a sequel/updates/DLC?).

It’s not all sunshine and Doombots, as some of the same faults from the core game still apply to the DLC. The framerate can still drop to shameful levels even this far into Ultimate Alliance 3‘s lifecycle, the camera can get wonky in certain cases and some of the areas feel repetitive. Shadow of Doom‘s campaign is also on the short side, with four bosses across three locales. When you do the math and price out this third of the season pass at roughly $6.66, it does make sense.

It took Team Ninja over eight months to get to this point, but we finally have a post-launch DLC that’s worth picking up in Marvel Ultimate Alliance 3:  Shadow of Doom. It’s a shame it’s tied to the other two add-ons in the season pass, but if you’re a fanatic, it’s probably worth picking up just for Shadow of Doom alone.