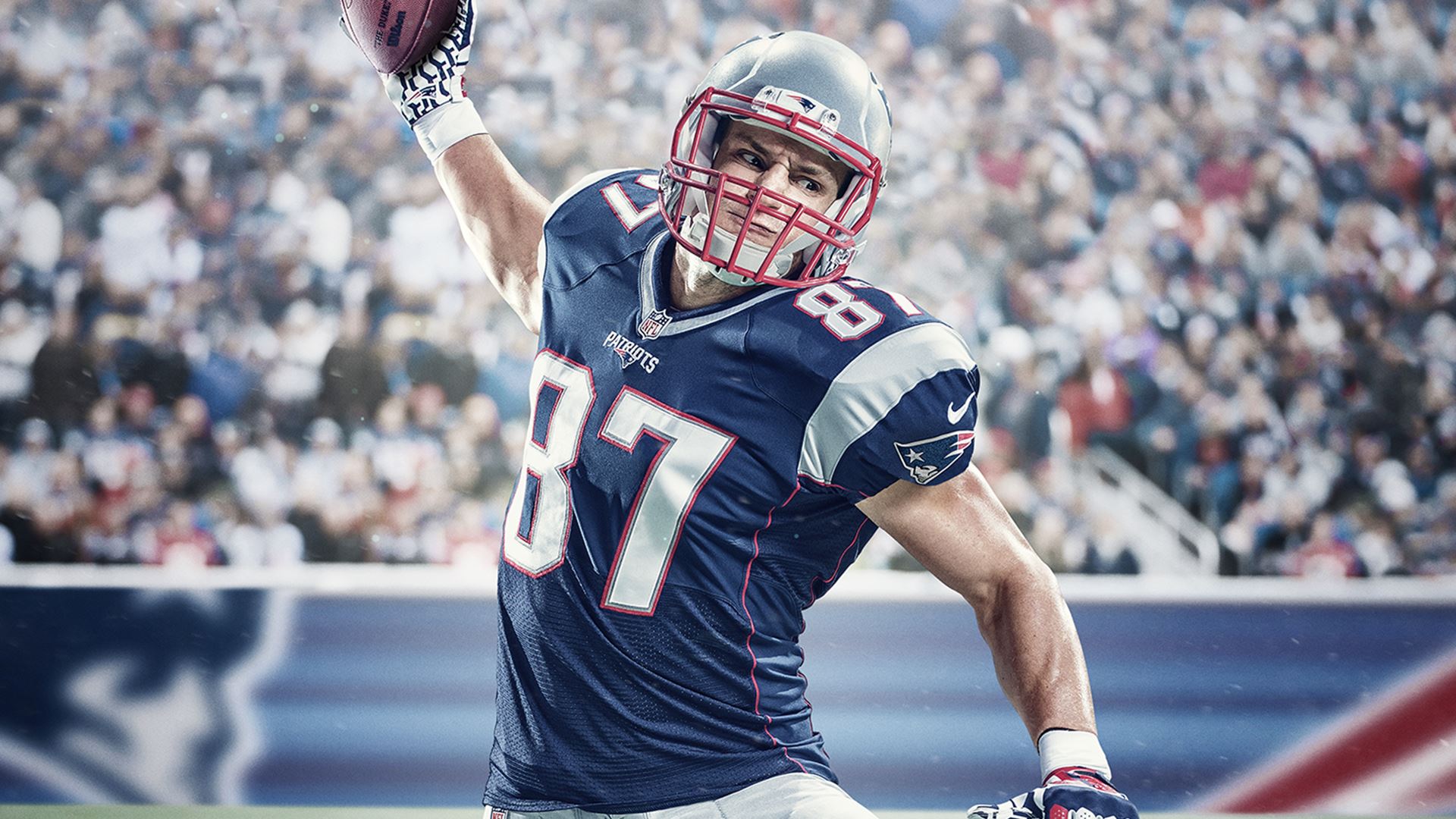 While our copy of NHL 17 arrived safe and sound, Madden 17 was lost in the mail. No biggie though, because as a football fan (the sport moreso than the league these days) I’m willing to shell out for a refresher at the start of the NFL season.

Yep, since week one technically isn’t over yet with four teams yet to play tonight, this review isn’t late folks. No, it arrived precisely when I meant it to. 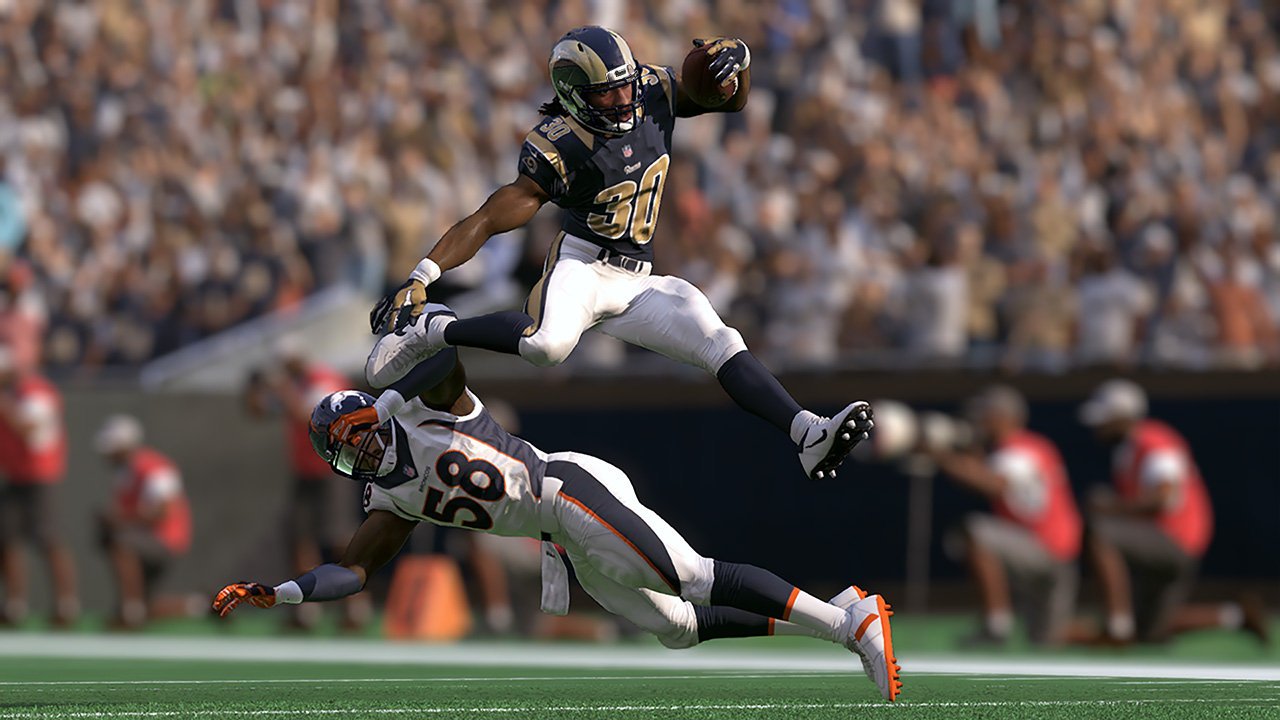 The NFL always has stories, but there are some great narratives this year to distract us from Goodell and crew’s shenanigans. The [good] Raiders might move to Vegas. The Rams have returned to Los Angeles. Peyton Manning retired after a Super Bowl victory. Teams are split on whether or not to follow Colin Kaepernick’s protest. Amidst the typical bullshit non-story pageantry propagated by ESPN and its ilk, there are real things happening in the 2016 season and Madden is able to capitalize on some of them.

As is customary now with EA Sports titles, Madden jumps straight into a game, which serves as both a tutorial and a way to showcase the “perfect” match with every possible cinematic camera angle available. It’s stunning when it’s done that way, but those angles don’t always work out in the real game, and framerate drops are still a problem. Those drops aren’t happening while the camera is zoomed out during plays thank goodness, but they quash part of the impact of the otherwise smooth play-by-play both before and after.

Speaking of smoothness in-game, the new locomotion physics systems in 17 feel more fluid, and I dig the gamey “precision” button (LT). In essence, it’s a risk-reward mechanic that lets you do flashier maneuvers like timed hurdles (or classic now-decade old moves like trucks — how time flies) with the added penalty of an increased chance to fumble. It has its own reticle so you have to aim it, and the concept isn’t left entirely up to chance. On the other side of the run, gap assignments (so players actually know where the CPU is going to cover) actually make run defense more engaging. Thirteen forms of zone defense are also a welcome addition, as someone who typically likes to jack people up as a safety.

“Three-step kicking” (with concessions for more pronounced arcs in addition to aiming, power, and accuracy) adds a new layer to the typically uneventful special teams side of things, with a new concept to master added on top of an increased chance of kick blocking. Not only is it fun to play from an isolated perspective on each side of the ball, but it also creates more entertaining scenarios. Turnovers are generally relegated to fumbles and picks in Madden games, but I’ve been steadily noticing more safeties and block in my games, much to my delight.

Where 17 really ups the ante from the middling 16 is the commentary. Not only is it vastly improved with strings of new dialogue that provide coherent and relevant thoughts, but it’s taken a step further with update patches that add in relevant happenings from week to week. Astute fans will recognize the voices of Brandon Gaudin (a Madden and college caller) and Charles Davis (of Fox Sports), and all of the updates are optional in-game downloads that don’t constantly pester you like crippling PS4 firmware updates. In case you were wondering, the soundtrack is par for the course with EA Sports taking fewer risks than it has in the past. Littered with your splices of electronica (Steve Aoki) and hip-hop (2 Chainz), there’s also a soothing selection of original tracks. Tracks that you can preview on Spotify, no less. What a world.

All the other details that the series has amassed at this point, much like this year’s NHL 17, are a treat. I love seeing the ticker at the bottom of the screen and knowing what’s going on in my fake world of football — it’s just another way that EA is putting the NFL license to good use. A use, mind, that I get to experience without all of the awful frequent breaks in a real game (albeit without taking the addictive NFL Redzone format into account). But since it’s EA, there is a downside.

While I’m right on board with a lot of modern advancements in gaming, I do miss the olden days of pre-microtransaction sports games. Ultimate Team has always been a cool concept with its card collecting element, but it’s so heavily entrenched with DLC that I’ve always avoided it. Drew Brees and A.J. Green on the same team, playing through rapid fire challenge modes? Yes please, in theory at least, before the system is tied to pre-order bonuses, NFL video ads for coins (a freemium mobile strategy that’s crept its way into full retail releases), extra packs for sharing your information with EA, and a step beyond a Season Pass — the EA Sports Season Ticket. It doesn’t exactly ruin the rest of the game, but it’s a blemish, and likely a necessary evil to keep the license intact.

It’s icky at times, but Madden 17 is definitely a step up. If you skipped a year, now is probably the time to come back around. Coming back around? Kind of like the Ravens, who have an open path to the playoffs again with a healthy Flacco. You heard it here first, folks.