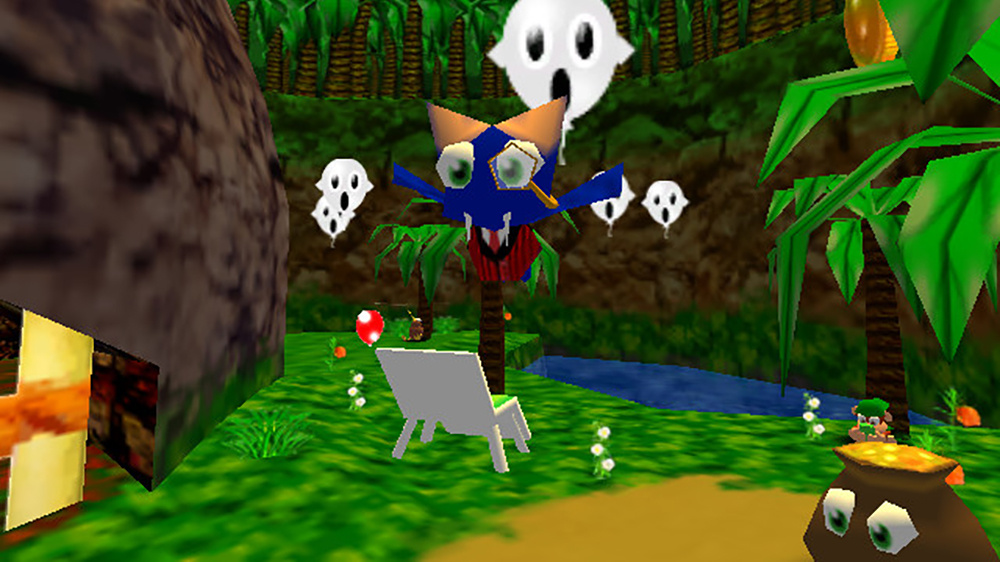 I’ve never pitched a game to someone with a prototype, but I’d imagine Macbat 64 isn’t far off from what publishers would have seen when looking at prototypes for Banjo-Kazooie and Donkey Kong 64.

That is to say, bite-sized levels that get the point across of what the final product would be like. Which considering Macbat 64‘s price tag, isn’t the end of the world or my wallet. 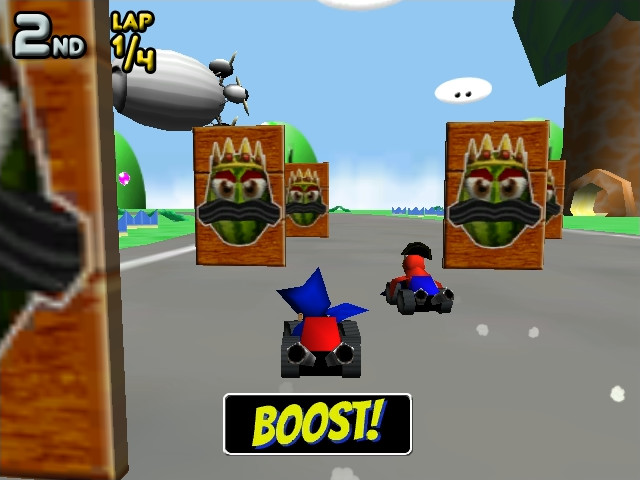 Macbat 64 is a short love letter to the platformers of the Nintendo 64. It faithfully recreates the types of graphics, music, and characters you’d have expected to see when playing any of the Rare games released for the console. If I told you this was a game that went unreleased on the N64 and was finally being released, many people would probably believe me. The characters are mostly animals or anthropomorphized objects with big googly eyes that Rare previously made popular. The font displayed when characters talk is nearly identical to that found in Banjo-Kazooie.

Gameplay is somewhat similar to Rare’s titles, as the controls are stiff yet responsive, and the camera is as annoying as it was in the ’90s, but the entire experience is just so brief that it has little depth to it. There is a simple kart racing level at one point that is an obvious nod to Diddy Kong Racing, and a 2D platforming level with a giant tree with a face on it similar to that found in Kirby 64, but otherwise you’ll find the standard fare here of jumping and swimming, mixed with Macbat’s ability to fly for short distances.

The game is split up into levels selected from the main menu, almost all of which require you to collect five objects (typically coins or balloons) while gathering other objects that characters ask for to finally be rewarded with one of six keys needed to meet the final boss. Levels can easily be completed in under five minutes each, even by a completionist. I personally 100% completed Macbat 64 in under 55 minutes, which can be a dangerous amount of gameplay considering Steam’s two-hour return policy.

That said, I enjoyed my time with Macbat 64. It is cute, short, simple, and a nice nostalgic trip back down memory lane, even if these are new yet forgettable memories. I appreciate how much the developer was able to capture the N64 look and feel, and also the Banjo-Kazooie composer Grant Kirkhope cameo (he has one of the only voiced lines in the game; he didn’t work on the soundtrack). I think with some time, money, and a bigger team I could see Siactro making an honest to goodness great modern N64 game, but as it stands this feels a little too simple and shallow for my tastes.