Vlambeer’s air combat game, Luftrausers, has finally been cleared for take-off, following a wait that seemed far longer than anybody expected it would. It’s been worth holding out for, and fans of high speed, challenging shoot-em-ups have something pretty special on their hands. 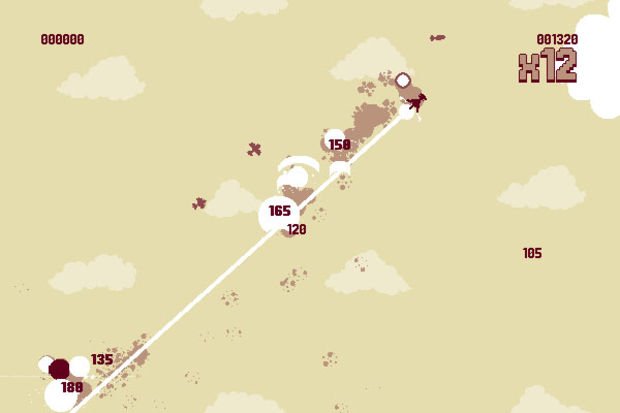 [Disclosure: The author of this review is listed as a “Play Tester” in the credits for this game. Though the credit list consists of a number of journalists and critics, effectively people who have been playing versions in pre-release, we thought it best to mention this to avoid any seeming impropriety. -Ed]

Like many arcade-style experiences, the core gameplay of Luftrausers is instantly accessible. Piloting an aircraft called a “Rauser,” the player faces a increasingly powerful opposition from all directions in a two-dimensional playing field bordered by the ocean and an atmospheric limit (both of which are damaging to penetrate). The Rauser has two defenses, a weapon and an automatic repair system, with only enough power to use one at a time. Surrounded by enemy planes, ships, submarines, and other war machines, maintaining the balance between offense and defense is central to securing a high score.

Just this alone is tremendously fun to play. The Rauser is a nimble, responsive craft that spins and thrusts instantly on command and soars through the sky. Turns can be taken quite sharply (though gravity and momentum play significant factors in precisely how much) and pulling up and out of an oncoming stream of enemy fire is exhilarating. Colliding with enemies deals damage to both the enemy and the Rauser, adding an additional, risky offensive option. And so, the central mechanic of being able to either shoot or heal creates constant, second-to-second decisions regarding when it’s better to run or fight and how to best do either.

Luftrausers‘ simple arcade gameplay is broadened through a challenge-based progression system that offers more to work for than straight score. Each attempt to play comes with up to three mission objectives, which vary from achieving a minimum score, killing a specific number or type of enemy and other similar goals. As these goals are completed, new ways to customize the Rauser become unlocked by way of additional components.

A Rauser consists of three parts: a weapon, a body, and an engine. Each unlocked part comes with its own advantages and disadvantages which contribute to the overall craft. Some of these are obvious (the more armored body is heavier, duh) while others have more subtle impacts on the Rauser’s abilities that can be enhanced or diminished with complementary components in other slots. While most work pretty well together, it’s possible to build some pretty disastrous combinations as well. Experimenting to find one that best suits the player’s preferred play style can take time, but results in a Rauser that feels personal and a joy to pilot. 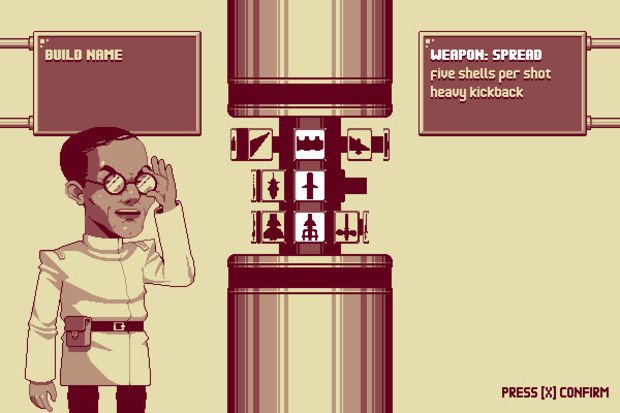 Once all of the components are unlocked, five for each part of the craft, the range of Rausers available is considerable. Each component also comes with its own line of mission objectives, thus extending the game’s content with further goals. Those driven to accomplish the most difficult challenges offered by Luftrausers will likely find themselves further experimenting within the constraints of using specific equipment just to accomplish objectives.

That sense of progression is also necessary to keep difficulty from being overwhelming to the point of discouragement. There is little mercy given by the enemy AI. Air combatants relentlessly hunt the player, while oceanfarers spray ammunition into the sky, usually right into their path. Evasion is often difficult, and there comes with experience some awareness of how not to get oneself into impossible situations, but eventually everyone succumbs. Cold comfort when you’ve been killed for the thousandth time, but that and the option to try again are all you’ll get out of Luftrausers. 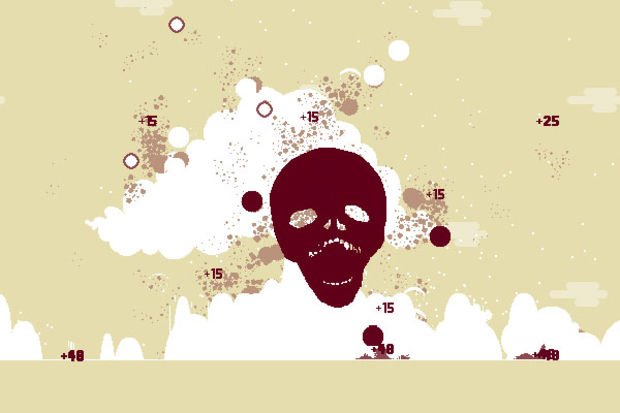 The most frustrating enemy is the battleship, which drifts across the ocean firing its twin cannons into the sky at regular intervals. These are large and heavily armored, second only to the blimp — the game’s “final boss” enemy — in terms of the beating they can take, and getting caught in their line of fire can very easily get a Rauser killed. Their targeting can be exploited and destroying them is more tedious than difficult with practice, so the issue isn’t really with their design which is, at worst, annoying.

Where the battleships become a problem for the game lies in the way Luftrausers spawns its enemy groups. Too often, there will develop a concentration of as many as six of these monstrosities with nothing else to fight, forcing a dragged out battle to take down even one of the things. It absolutely kills the frenetic pace of play whenever this happens, the slow creep of the battleships feeling out of place as the sole enemy combatants, and there hardly seems any way to avoid it, as sinking them takes more effort than nearly every other foe by a considerable margin.

It only gets harder the further you play, and culminates in the absurdly challenging “SMFT” mode. This version of the game is completely uncompromising, with no gradual ramp up in difficulty whatsoever andmore aggressive enemies with new behavior patterns and increased firepower. Players will die immediately upon starting the mode, which leads the game’s background music with a blaring air raid siren that rings out long after most will have died — a mere 13 seconds. It’s ways can be learned as well through grit and determination, “SMFT” allows no room for error and no pity in its onslaught.

Luftrausers‘ visuals are brilliant in their cohesion with the gameplay. What appears basic on the surface enjoys a greater level of complexity hidden beneath as smoke trails from damaged ships and sparks fly from the Rauser, giving visual indication of its state. It’s rather amazing what has been accomplished with just a six color palette, though the design does sometimes work against the player when silhouettes of multiple enemies cover one another and make it difficult to accurately assess risk. 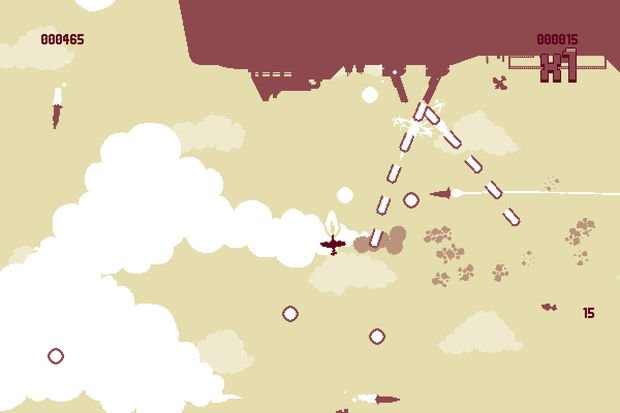 Fast fun and devilishly hard, Luftrausers shows once again that Vlambeer understands how to make classic arcade mechanics feel fresh and exciting. It’s great in short bursts, the speed of each round often terribly brief, but lends itself to hour-long sessions of hammering on the controller to start a new game. While the pacing occasionally runs into a few issues, this is still a phenomenally fun shoot-em-up that will challenge players to meet its demanding difficulty.