It’s incredibly difficult to make a bad beat ’em up. The concept of moving from left to right while mashing buttons to clear out groups of attackers is an incredibly simple one. You’ve got a game in the bag if you can nail those very easy basics and dress it up with a little sense of original character.

With that in mind, it’s hard not to be impressed with just how badly Lucha Fury screws everything up. 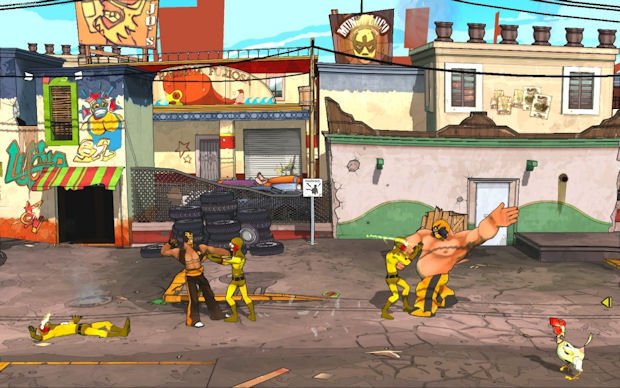 Lucha Fury certainly has style, and nobody can take that away from it. The bright, cel-shaded visuals are quite charming and the Mexican luchadore gimmick sported by both player characters and enemies gives the game an appealing visual flare. Unfortunately, cute visuals are the only thing this game has going for it.

For a start, Lucha Fury is incredibly slow paced. Characters walk at a snail’s pace, and their running speed isn’t particularly impressive. Attacks are also pathetically sluggish and this leads to combat feeling dull throughout the entire experience. It doesn’t help that the game’s hit detection seems off, and it’s often difficult to line up your moves — especially against irritating projectile enemies that run away.

In addition to the slow movement and combat, the controls are despicably unresponsive. There seems to be an arbitrary delay time between attacks where your character won’t make another move. Sometimes they just won’t respond at all. Many of the blows I suffered from opponents came not so much from their actions, but my character’s inaction. 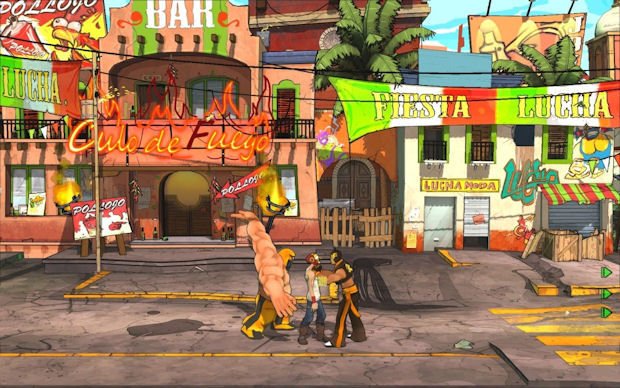 There is not a single enemy that is fun to fight, either. While Streets of Rage made pummeling bad guys satisfyingly meaty and Castle Crashers had fast-moving melee against foes that could be blocked and dodged, Lucha Fury pits you against a small stable of repetitive enemy types who are often better at fighting — be they sporting projectiles, irritating slap attacks that break your limited combos, or unblockable attacks that will totally ignore your attempts to stop them. Lucha Fury lacks the ability to block or dodge, too, which means that most battles come down to either simple attrition or finding the one move that works (usually the jump attack) and spamming it until your target’s eliminated.

As the game progresses, you get to unlock and equip extra skills. Some of these are new attacks, such as submissions or slide kicks, but the majority of them won’t really change the gameplay very much and some of the attacks just outright aren’t worth equipping.

Health is obtained by kicking chickens and drinking the “Polojo” that they leave behind. If all health is lost, the player becomes “cursed” and will need to find Polojo within ten seconds or lose. This wouldn’t be quite so bad if the curse didn’t also mean that the player keeps freezing and needs to waggle the right stick in order to move again. 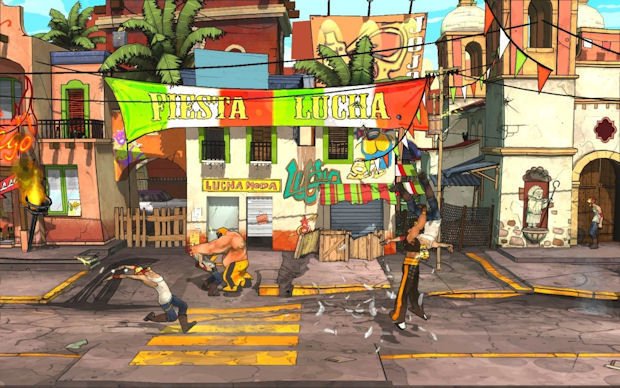 I didn’t beat Lucha Fury. I reached a point where I fought two enemies who could only be attacked by grabbing them first. No big deal except, as I say, there happens to be two of them, and grabbing leaves the player wide open to cheap shots. After they whittled down my health by trading places over and over, my character became cursed and discovered that, once cursed, characters cannot grab enemies. So I literally just had to stand there and die. This was at the end of a lengthy and annoying stage, and I decided that it was not worth it. You couldn’t pay me to finish Lucha Fury — in fact, I am paid to do such things, and I still refuse to do it. I’ve only got one life, and I won’t spend another second of it playing this garbage.

To wrap up the delightful package, you’ll be thrilled to learn that the game supports local co-op only. There is no online feature, which just highlights what a horrible bargain basement package this miserable little game truly is. 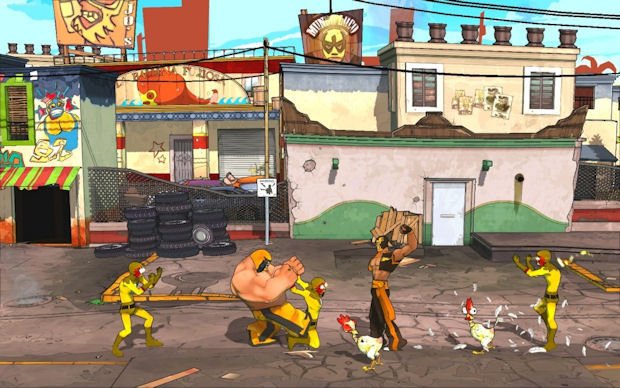 Lucha Fury is visually gorgeous with an aesthetic that oozes charm, but this skin-deep beauty acts as a Siren’s call, luring unwary gamers to crash against putrid game design of a most shallow and wearisome nature. The game’s low quality is apparent within seconds of starting the game, and it remains at the same consistent level of sub-par rubbish from the moment you start to the moment you inevitably decide to stop playing ahead of completion.

You don’t get many brawlers these days, but even the biggest fan of the genre should consider it a personal debasement to buy this one.