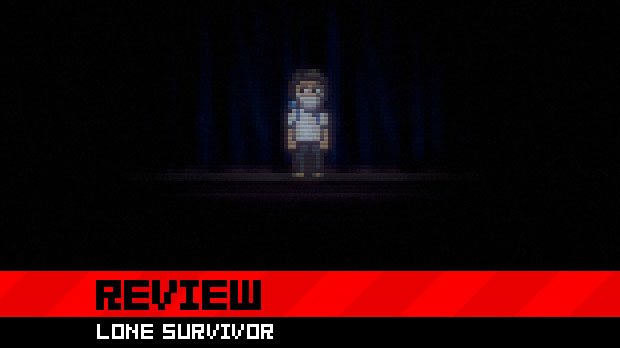 Jasper Byrne has made a name for himself with some incredibly clever indie titles in the past, including the brilliant Soul Brother and the famous Silent Hill demake, Soundless Mountain. His latest release, Lone Survivor, is his most ambitious title to date, and I feel quite comfortable saying it’s his greatest.

Lone Survivor has more in common with Silent Hill than recent official entries have, recapturing the foreboding psychological horror and introspective storytelling in a way that shames Konami’s own efforts.

If you’re a horror fan, this game is essential. 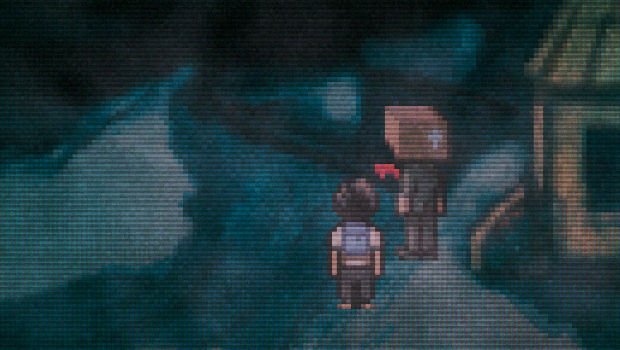 Lone Survivor is a game about isolation, survival, and overwhelming desperation. You step into the shoes of a nameless character (labeled only as “you” in dialog boxes) who attempts to find answers and stay alive while striking out from his small apartment. An infection has turned most of humanity into violent mutants that twitch and stagger throughout the streets, leaving only the player to forage, fight, and look for anybody left alive.

The narrative is often disturbing, and sometimes confusing, with clear nods to Twin Peaks. The survivor, already mentally fragile, is prone to hallucinations and much of the exposition revolves around his dealings with seemingly imagined characters. A man who wears a box on his head, a taunting old creep on a stage, and a sinister figure with a bright white face act as the primary antagonists, though their motivations are unclear and their words remain elusive. While much of the game is abstract and obscure, it remains compelling, managing to enthrall rather than alienate.

Byrne wears his love of Silent Hill on his sleeve, and its pervasive influence is undeniable. The game is structured around the survivor’s apartment, with players leaving its safety to solve item puzzles, challenge monsters, and collect essential supplies. Each new area has a map to discover, which updates as players explore, very much like Konami’s horror series. Monsters emit distorted noises to give away their positions, are attracted by the player’s flashlight, and can prove difficult to fight thanks to the player’s unwieldiness with his pistol. To some, the similarities will border on shameless, but it’s done so well, so much better than Silent Hill itself has done it for years, that the resemblance is more than welcome.

Monsters can be fought with a pistol found early in the game. Pressing “C” switches the survivor to a fighting stance, and the gun can be aimed up and down with the directional keys. Shooting creatures in the knees sends them stumbling back, and going for headshots require good timing, but deal extra damage. Ammunition can be scarce, however, and the infected must be challenged only when necessary.

Combat is not always necessary, and it’s often preferable to use stealth. Creatures can be lured away by dropping rotten meat on the ground, and recesses in the walls can be stepped into, allowing the player to sneak past idle opponents. The system works fairly well, although I’ve had a (very) rare few instances where monsters had seen me anyway, and camped outside the recess indefinitely, attacking thin air until I stepped back into view. I’d have loved more opportunities to exploit the luring system, too. It feels like rotten meat has a very specific use in very specific locations, and I’d have loved more inventive opportunities. These minor niggles aside, the stealth manages to be surprisingly effective at building tension. Even though opponents can’t hurt you while in a hiding place, it still manages to be scary whenever you sidle past one. It’s certainly a testament to how unnerving Lone Survivor‘s creatures are.

Resource management is a big part of Lone Survivor‘s challenge, as players will need to consume food and sleep at regular intervals, as well as ration use of the flashlight to save battery power. Some may find the frequency with which the survivor complains about weariness or hunger a little excessive, but since sleeping saves the game and hunger can be ignored for a decent length of time, players shouldn’t feel too pressured. The effect of the survivor’s complaints are often more psychological than practical, since one is always mindful about venturing too far from the apartment and may grow paranoid if out in the field for an extended period of time. Two-way mirrors are dotted around the environment at crucial locations, allowing players to teleport back to the safe house when needed. 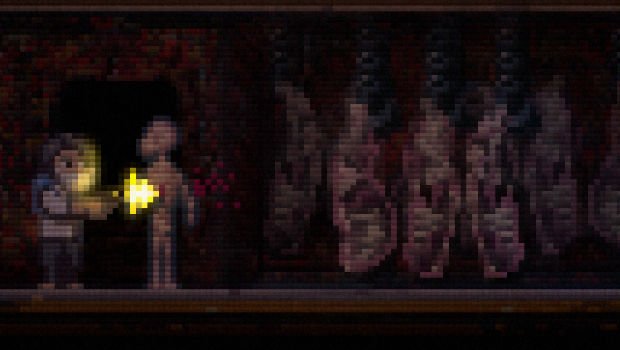 Much of what makes Lone Survivor so compelling can be found in the optional activities, with players able to maintain a healthier protagonist by making a better living for themselves. A stove can be fixed to cook better quality food, a cat can be befriended, and a plant can be taken care of. Conversely, some activities have less clearly beneficial effects on the player’s sanity, so whether you want to talk to a plush doll or attempt to eat rotten food is up to you. Anything you do throughout the adventure is recorded for use in a psych evaluation at the end of the game, and whether you conclude your journey sane or mad is all directly influenced by the choices you make.

One huge contributing factor to the story is drug use. Players can collect red, blue, and green pills, all of which are conveniently left in the apartment’s bathroom and mysteriously restocked when used. Red pills reduce the need for sleep, while blue and green pills are to be taken before sleeping, and unlock dream sequences with the game’s mysterious supporting characters. Pill usage often rewards the survivor with extra items, but the long-term costs may not be worth the benefits. It’s all up to the player to decide, of course, and nobody says you have take any pills.

At times, the survivor’s whining can prove a bit annoying, while the map system can be difficult to deal with. Maps are presented in a top-down fashion, but the sidescrolling gameplay often means players will go scurrying off in the wrong direction. It’s also fairly irritating that enemies continue moving while the map’s open, and there’s an infuriating chase sequence partway through the game, which requires a near-perfect memory of the environment. At their worst, however, these are but minor setbacks that ultimately do little to dent the overall enjoyment of a very well made product. Some may even find they help amp up the survival instinct. 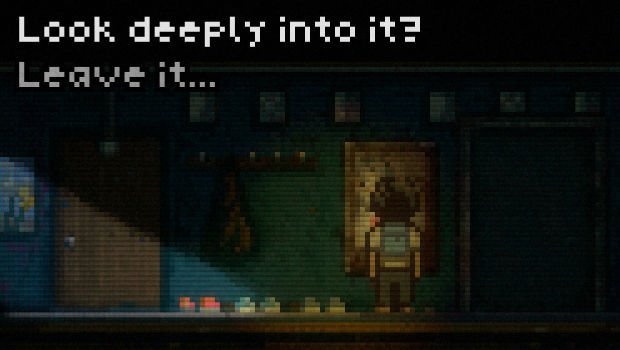 Although graphics are rudimentary, the atmosphere is absolutely stunning. Environments look suitably grotesque and the creatures manage to disturb despite — or perhaps thanks to — the lack of detail. Sound plays a big part, with some hideous noises made by enemies and some wonderfully astute use of music to punctuate the adventure’s most important moments. Again, the Silent Hill inspiration is clear as day, with a reliance on rusted coloration, industrial noises, static sound effects, and a bittersweet soundtrack.

On the first playthrough, it will likely take you around three hours to complete, but there’s a good chance you’ll only experience a portion of what the game offers. The multiple endings and the influential optional activities will add a significant amount of extra gameplay for those who become absorbed in Lone Survivor‘s enthralling world. After clearing the game once, I feel like I’ve got much more of the story to uncover, and I’m more intrigued than I was when I started. Should you wish it, Lone Survivor can be a lot more than it first appears. 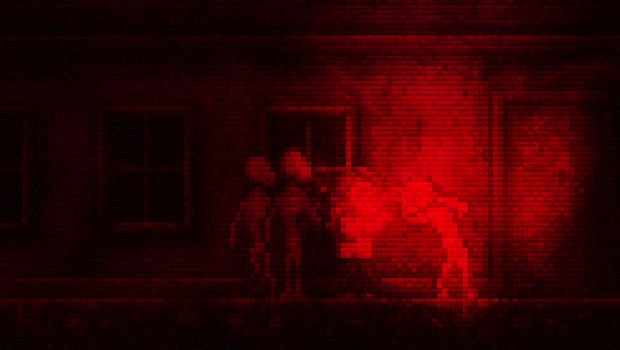 Lone Survivor is easily among the best survival horror games that I’ve ever played, a feat that’s truly remarkable when one considers the 2D perspective and visual limitations. Demonstrating that a commitment to ambience and art direction trumps technical superiority, this guaranteed indie classic manages to provoke — and sometimes even frighten — as much as the genre’s most lauded entries. Its depressing premise, eccentric characters, and engrossing narrative bolster the solid survival gameplay to create a journey that’s sure to stick with players for a very long time.