LittleBigPlanet gets bigger and littler

The original LittleBigPlanet earned a lot of its praise through sheer charm alone. The cute presentation and unique creativity afforded to the player won it a lot of acclaim, despite the fact that, to be fair, the actual game part was never spectacular. In my mind, LittleBigPlanet 2 confirmed this — still fun, and a good way to waste time, but its poorer qualities were exposed by a sequel’s inevitable lack of surprise.

I had feared that a third attempt at getting into LittleBigPlanet would be the proverbial final straw and turn me off the series altogether. I was gladly wrong. I also learned something very important.

LittleBigPlanet is finally at home on the PlayStation Vita. This is where it belongs. 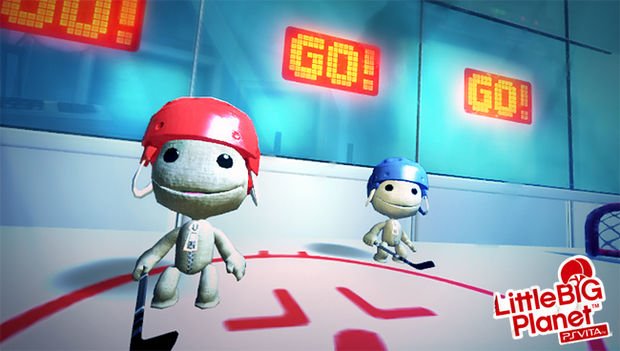 Fans of LittleBigPlanet will know the score right from the outset. Ostensibly a do-it-yourself platform game, the PS Vita version is exactly like its console brethren in allowing players to construct their own vast levels out of a huge selection of materials, gadgets, tools, and stickers. Very little has been left out, with LBP2‘s extra gimmicks and power-ups all in attendance, alongside a few all-new features. Everything you need to enjoy LittleBigPlanet has been maintained — no small feat for a humble handheld title.

The full set of community features have been transported without flaw to Sony’s little system. As always, players can search for, play, review, rate and favorite all the user-created levels uploaded by others. At the time of writing, only a few test levels from fellow reviewers are uploaded, but I can confirm that getting into them is fairly quick and simple.

There can be some lengthy loading at times, but nothing too egregious, save for one or two instances where a level seems to be stuck in a perpetual load. My one big complaint is that the menus could use some cleaning up, as trying to find my user reviews feels more convoluted than it needs to be, and the icons aren’t exactly helpful in telling you which selection does what.

The game’s campaign tells a predictably trite story about an evil puppeteer attacking a magic carnival planet. The cutscenes and voice acting grate, and the levels are little more than glorified — but nicely designed — tutorials, telling you how the game’s new toys work. In that latter purpose, the campaign is a success, as there are quite a few fresh playthings that manage to be surprisingly fun.

Among of the biggest new items are the touch-activated materials. Fingerprint scanners and blocks that can be manually moved by dragging across the touchscreen add some new interactions to a level, and I’m surprised by how well they work. Unlike other PS Vita games, the touch controls don’t feel overly saturated and work to make the gameplay more interesting, rather than less convenient for the sake of showing off. There are some cleverly designed levels using blocks that can be pushed in and out using the front and rear touch interfaces, and I’m excited to see what more talented gamers can create using them.

New power-ups make similar use of the PS Vita’s control range, from gliders that can be dragged with touch to vehicular wheels propelled by physically tilting the system. These items vary in terms of quality and entertainment. Dragging an unwieldy vehicle around with one’s finger is just uncomfortable and bothersome, but I’ve always got time for a good tilt mechanic, and LittleBigPlanet uses this functionality elegantly. 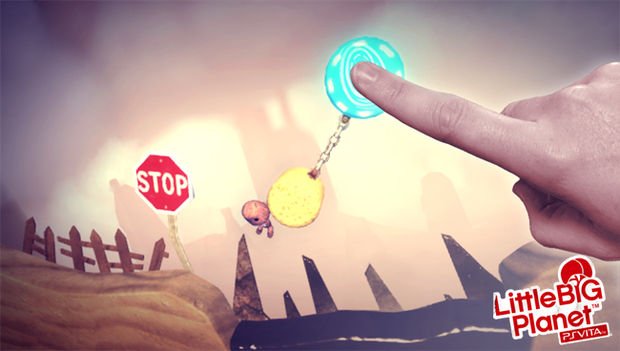 The game wisely ensures that it doesn’t always force you to use touch controls. The Popit menu, as well as level building, can be interacted with using either touch or buttons, and I’ve actually found that using a combination of both options makes building levels more fluid and enjoyable than ever before. LittleBigPlanet Vita thus serves as a fantastic example of Vita controls done right — a working compromise between two well-executed control methods, as opposed to a forced either/or situation that promotes technology over user enjoyment.

One thing I really love about the Vita is that the microphone and camera are built in, allowing you to instantly add your own images and sounds to the levels you create without the need for peripherals. The quality is predictably spotty, but the accessibility is appreciated. Being able to scream at my handheld and having such eldritch sounds transported instantly to whatever vile beast I’ve built out of ivory and jam is a source of infinite amusement.

It’s not just the controls, though — the entire handheld format delivers an overall better crafting experience. The more casual nature of a portable device makes dipping in and out to tweak and build feel more relaxed and enjoyable, the ability to bring my work anywhere encouraging me to take more time on it. Sitting in front of an HDTV with speakers blaring just to spend an hour shaping a block of wood feels silly. On the PS Vita, it feels soothing. It’s the kind of activity one should be doing on the train, or in a queue at the bank. Having LittleBigPlanet on the PS Vita works so well in the game’s favor that I wish it had always been on the portable format. 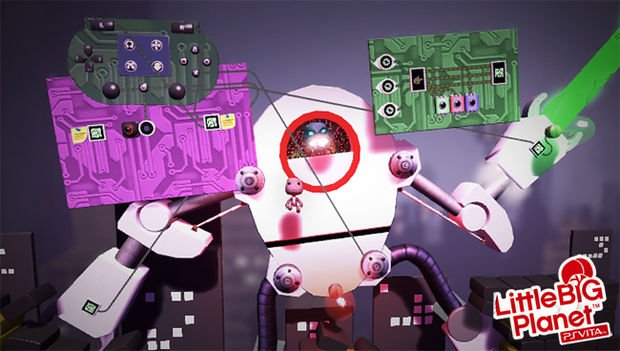 The bite-sized nature of the playable levels also work better on the PS Vita than the PS3. The game’s physics are still a bit too floaty for my liking, but overall, the Vita’s controls just seem like a much better fit. That said, I’d have preferred at least a few improvements and tighter mechanics overall. As with other games in the series, LBP Vita does nothing of its own to improve the series in any way, choosing instead to just toss more toys at the player while sticking rigidly to formula. It may be in a better package this time around, but the contents remain mostly the same. That’s mostly fine, but there are gameplay mechanics that could definitely be better, and haven’t been touched since the series’ inception.

I’ve also found a rather annoying bug with create mode. After a while of building any moderately sized level, the game seems unable to cope with it and will crash out, returning the player back to the Vita’s home screen. I noticed this mostly happening when transitioning from building a level to playtesting it. Getting back into the game is quick, and if one saves before the transition (which is always prompted), nothing of value is lost. It is, however, a frequent annoying occurrence and one that’ll need patching swiftly.

There’s a range of extra content on offer. While there’s naturally online co-op for everything, there are also a whole bunch of minigames littered throughout the campaign, ranging from block-building to whack-a-mole to racing games. There’s also an entire arcade section filled with puzzles and simple skill tests. Most of these games feel like iPhone game clones, making heavy use of touch input and mobile-style level select systems. Whether you’re into iOS gaming or not, these arcade add-ons are adequate extras that are worth checking out at least once. It’s nice to see mobile-style games being packaged as extras rather than sold on the PSN for $10, at any rate. 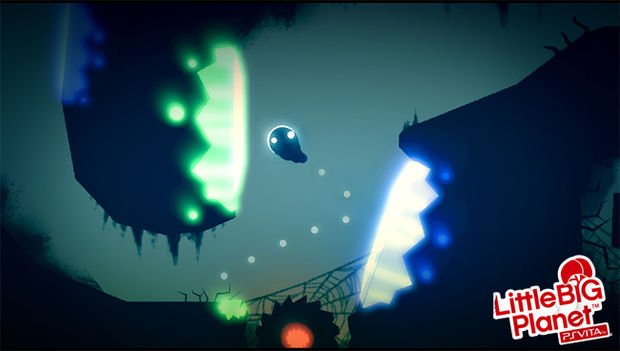 The presentation is as solid as ever. Stephen Fry returns to narrate and teach in his usual dapper fashion, while the selection of music is eclectic and suitably quirky. Graphically, the game looks a little washed out in comparison to its technically superior PS3 predecessors, but it’s still a fine-looking Vita game — not as pretty as, say, Gravity Rush, but certainly not unpleasant to look at by any stretch of the imagination. Objects obviously look a bit less detailed and animations aren’t quite so lively, but Double Eleven and Tarsier did a fine job of preserving as much of the aesthetic spirit of the series as possible.

LittleBigPlanet PS Vita is the definitive LittleBigPlanet. The new interface options work splendidly, the extra toys are fun to play with, and the portable format simply works best for such a creative and laid-back venture. It’s not as visually attractive as its bigger brothers, and it does little to move the series forward in any meaningful way, but it’s by far the most earnest fun I’ve had with a LittleBigPlanet game to date, and something I feel belongs in the library of any PS Vita owner. I certainly hope it finds its way to many players, as the community will need a lot of support to keep it going.

LittleBigPlanet has come home, and the PS Vita has found a game truly worthy of its potential.