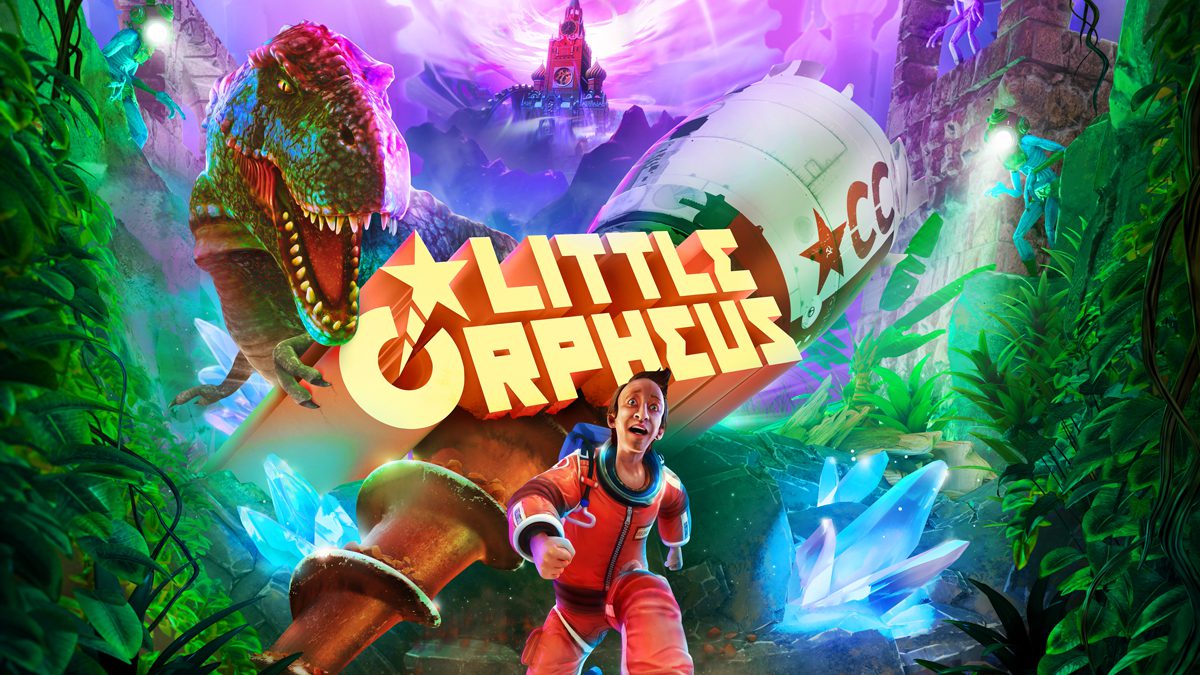 As somebody who has had their Apple Arcade subscription since launch and who uses their iPad every single day, it’s a bit embarrassing to say that I somehow completely missed Little Orpheus. From developer The Chinese Room, best known for Dear Esther and Amnesia: A Machine for Pigs, the game hit the service back in July 0f 2020. Maybe I was just too distracted by the pandemic to pay attention to it, but a lot of other game sites didn’t miss out on it, bestowing the game with end-of-the-year awards and pretty good reviews.

I guess it’s fortunate for me that this one is breaking out of the Apple Arcade sphere with its release tomorrow on consoles and PC because now I get a chance to play the game exactly how it should be played: on a big screen.

Little Orpheus is a narrative-driven adventure platformer set in a land lost to time. Playing off Edmond Halley’s debunked theory of the Hollow Earth concept, the game recounts the adventure of a cosmonaut Ivan Ivanovich, a name with historical precedent, as he explores a subterranean world during the space-race age of the Soviet Union. Aboard his ship is the titular Little Orpheus, a nuclear-powered bomb used to power the drill that took him through the earth’s rocky crust. After crashing into this forgotten world, Ivan has to travel across distant and weird lands to retrieve the bomb from others who’ve found their way to this secret world.

Or, he’s just making it all up, Scheherazade-style, to keep himself from getting executed.

Ivan’s journey is presented as a flashback, narrated by the cosmonaut in a conversation with the General who is wondering about the whereabouts of the Little Orpheus. The many adventures you’ll have through the different episodes of the game are often too much for the General to believe, but Ivan keeps going with more and more fantastic tales of his heroics in the Hollow Earth. For players, these stories are presented as old-school serials, the type that would have influenced a young George Lucas and Steven Spielberg, complete with cliffhanger endings meant to reel you back into the next exciting episode. It’s a very effective storytelling technique and makes playing the game almost like binging a TV show.

Actually playing the game is a lot more straightforward. Little Orpheus shares DNA with recent artistic platforms like Playdead’s Inside or Never Alone. You’ll spend most of your time running right, occasionally solving simple puzzles, or engaging in a bit of stealth. The most trying thing you’ll do here is outrun some sort of object or being that is barreling down on you, forcing you to run, jump, and slide with some level of precision. There are also quick-time events, but those probably would have been a bit more effective if they were switched out with a dodge button. Outside of a few jumps you might miscalculate, nothing in this game should ever give you too much trouble.

While I would have liked to have seen the difficulty notched up a bit toward the end, one place Little Orpheus exceeds expectations is with its visuals. This game is simply stunning on PlayStation 5, with beautifully rendered worlds packed full of details and character. The other creatures of this world are similarly well-designed and often gorgeous when smiling at you from the background. It is a flat-out beautiful game with a soundtrack I could listen to on my morning walks.

As I said at the top of my review, I’m a bit embarrassed I missed out on Little Orpheus when it hit Apple Arcade a year and a half ago. However, because of that blunder, my first excursion through the game was a memorable one because I played it on a screen and a piece of hardware that could truly do those visuals justice.