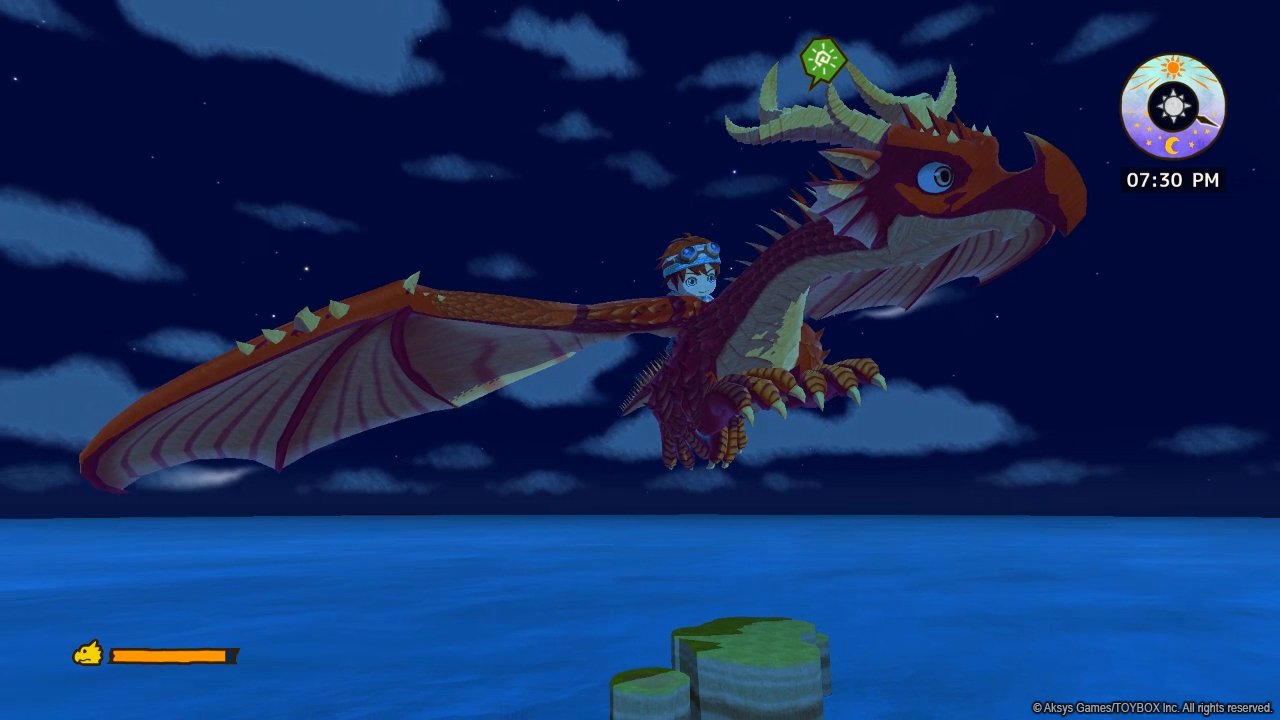 Dragon poop for the soul

Very recently, a co-worker of mine passed away. His death was sudden. Though he struggled with his health in the past, he recovered and was looking forward to his retirement at the end of the year. I’ve only been at my current job for around 18 months, so while I didn’t have a deep connection with him, he was a person I saw every day at work, who I talked with and helped whenever he needed my assistance. We got along well and I think that’s part of the reason I’ve struggled a bit with his passing. I’ve never known anyone who I interacted with on a near daily basis who died, so I didn’t quite know how to process it.

For several days I was absolutely down in the dumps, trying to placate these glum feelings with food. It wasn’t until I opened up to friends and co-workers that I started to heal. With their help, I was able to confront my feelings head-on, and I’ve since been able to pull myself out of the lull his passing put me in. The experience taught me to not face my problems alone, to look for and accept the help others generously offer. It’s the exact same lesson I learned playing through Little Dragons Café.

The core narrative of Little Dragons Café can best be summed up by Julia Michaels’s hit single “Issues:”

I play as one half of a set of twins dealing with an issue that’s the catalyst for the story. Their mother has fallen into a coma after her human blood began to mix with her dragon blood. For as many questions as I instantly have about how cardiovascular systems work in this game, I’m far more intrigued by the potential cure for her ailment. After she falls ill, a strange man named Pappy arrives at the café with a dragon egg, instructing the siblings to raise the creature as it’s the key to their mother’s well-being.

They also have a café to run, but while the raising of the dragon falls largely on me as the player, saving the restaurant is a group effort. Very quickly in the story, the twins are joined by a trio of oddballs to help keep the business afloat. There’s Billy, the slacker who tries to dine & dash; Ipanema, the feisty woman who seems to think plates grow on trees; and Luccola, the flamboyant orc who wants nothing more than to be a renowned chef. All three come to the café with issues of their own, issues that not only play into how well the café operates but also how we go about helping the weary travelers who come to our place of business in need of assistance, whether they want to admit it or not.

It’s important to note the story is the main draw of Little Dragons Café. Creator Yasuhiro Wada basically said as much when I interviewed him last month, noting that he created the characters, story, and art style first before figuring out what kind of game it would be. At its core, it’s an adventure game with light simulation aspects. The addictive micro-management found in Mr. Wada’s previous titles is nowhere to be found here. Rather, the gameplay loop revolves around the cast: a new character arrives at my café with a problem, over the next few days we get to the root of their issue, the group has a revelation, and I try to solve the issue with food. Then we send them on their merry way as we await the next arrival. Story segments are pretty brief, so I spend most of my time exploring the land, gathering ingredients, helping out at the café, and cooking food for my ever-present dragon friend who I name Rick.

The plot is divided into different chapters, giving the game an episodic feel reminiscent of the Japanese dramas that inspired it. There’s even a bit a narrative text that bookends each new character arrival, written in a folksy manner my subconscious reads to me in the voice of Waylon Jennings, narrator of The Dukes of Hazzard.

Exploring the island is a restricted experience in the early chapters. I’m limited basically by where my dragon can go. When it’s just a tyke, there is only a small smattering of land I can traverse. As it grows, it gains the strength to push rocks and clear debris, opening up more places for me to survey. Scattered throughout the world are bushes I can pick all sorts of different vegetables out of, as well as fruit trees to shake, mystical plants that give me everything from curry to crème, caves to send Rick into, and fishing spots to catch some seafood. I also have a garden that can grow any type of food I’ve found in the wild and a fishing net that can catch any type of fish I’ve caught with my pole. Unfortunately, I don’t really get a say in what is found in my garden or the net.

There’s no combat to worry about as I travel, but there are beasts that can attack me. When Rick is small my only option is to run from them. If one hits me, it eats a dish in my inventory. As my dragon grows, he can fight back and turn these beasts into ingredients for my café. They’re really no trouble at all and even if I am hit, it’s not like the game has a health bar. I just need to make sure my dragon is well fed so he doesn’t become exhausted. By far the biggest adversaries I face in the Little Dragons Café are the in-game clock and my co-workers at the café who just can’t help slacking off.

Most expeditions around the island are cut short by warnings the café staff isn’t doing their job. No matter where I am on the island, I can press the minus button to send me back there. If they’re slacking, I talk to them so they’ll get back to work. As the café grows in popularity, keeping the staff on task is crucial to achieving positive feedback from our customers. If push comes to shove, I can get my hands dirty as well. No matter how busy or slow the café gets, I can lend a hand taking orders, bringing out food, and clearing away dishes.

Cooking is left to Luccola, but the menu is up to me. I start out with a few basic recipes and add more collected through the story or by gathering various recipe fragments scattered around the world. There are a limited number of menu spaces, so getting a good variety is key as is the quality of the dish. In order for a meal to be added to the menu, I must first create it with a simple and quite colorful rhythm mini-game. The music in making these dishes isn’t exactly tailor-made for a rhythm game, but gosh darn it if they ain’t all catchy as sin. The “doo-wops” of the salad song are a particular favorite of mine.

Once a dish is added to the menu, I just need to make sure the café keeps all the necessary supplies in stock. It’s easy to do for most recipes but becomes more involved as I spice up my dishes with higher-quality ingredients. Every type of food collected in the wild, in my garden, and in the fishing net has a number of different levels of quality. The most basic level for each food type is common across the island, but I can grow or find high-grade ingredients using the magical dragon poop Rick leaves in his bed every morning.

Morning is actually my preferred time of day in the Little Dragons Cafe. Though it doesn’t last long — the in-game clock moves a bit faster than it should — the magic hour of dawn offers breathtaking views of the island and the fantastic elements that make it up. From the character design to the scenery to the decision to mix 3D models with 2D images, Little Dragons Café is an absolute work of art. The real-time lighting and weather effects create spectacular shots around the island, even if they occasionally exaggerate the shadows.

For as beautiful as the environment surrounding the café is, the inside of the building itself is on a level of its own. The hand-drawn artwork is full of whimsy and every piece of it, from the detailed wall of the kitchen to the nook on the second floor, looks like it fell out of a work by Richard Scarry. The game is a classic, children’s picture book brought to life, its beauty only blemished by various technical difficulties.

In interviews leading up to its release, Mr. Wada has said there are been certain sacrifices made to get the game running on Switch. I did not receive a copy of the PlayStation 4 version, so I can’t compare them, but I will say without a doubt the two biggest issues Little Dragons Café has are its framerate and loading screens. The early hours are almost comical with how many loading screens there are. There is a loading screen to load another loading screen at the top of the game. Every story segment is preceded by a loading screen and many of these segments have multiple short ones to sit through.

Going outside of my café also requires a lengthy load screen and it’s where the framerate will take a hit. The game never really keeps a consistent 30 frames per second and in spaces with a lot of elegant design, it can actually slow down how quickly I can turn the camera. I didn’t come into this game expecting any technical wonders, but you should know these issues are persistent.

There are smaller problems as well. Pop-in is quite prevalent, button cues during the cooking rhythm games can actually pause and then jump ahead causing me to miss, and the prompt to interact with people and objects in the world is quite touchy. There is one night at my café where, when trying to get my sister to stop sweeping and get back to work, I actually exit the restaurant three times in error. It can be frustrating, but with how quaint, positive, and lively the rest of the experience is, it’s impossible to stay mad at it.

Little Dragons Café is the type of game I walk away from feeling more hopeful in the world. Each chapter ends on such an earnest note that it raises my spirits. Sure, it doesn’t have the deepest mechanics, and it’s not the most polished title I’ll play this year. But it has a soul and a kind heart that uplifts the basic gameplay to a place that makes Little Dragons Café an easy recommendation to anyone looking for a soupcon of positivity in their life.