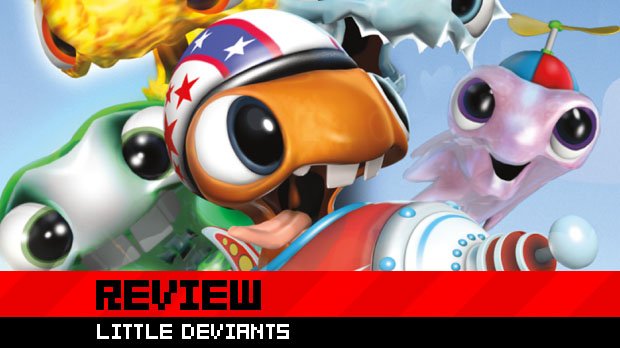 The PlayStation Vita is rich in features, boasting every possible input method a portable gaming system could have to date. Multiple touch interfaces, dual analog sticks, voice control, twin cameras, and even motion sensing; the Vita has it all. Naturally, any game releasing within the launch window wants to take advantage of these glistening new playthings.

Little Deviants is one such result of the desire to do it all. Essentially a collection of minigames designed to showcase every way in which players can interact with a Vita, it aims to be the one-stop introduction players need in order to get accustomed to their expensive new toy.

Unfortunately, it’s not all that good. 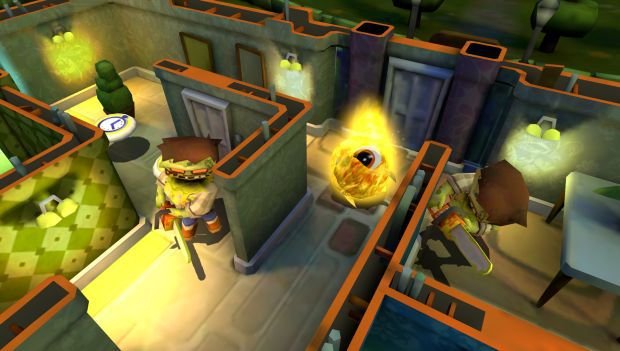 The kid-friendly premise of Little Deviants sees a collection of mischievous (yet highly marketable) aliens on the lam from an oppressive army of robots who can resurrect the dead for some reason. It’s never quite clear whether the titular Deviants are supposed to be villainous protagonists or misunderstood heroes, but to ponder that further would be to put more thought into it than anybody else has. Needless to say, you’re on the side of the GoGo’s Crazy Bones lookalikes.

Story Mode will take players through each available game, making use of touch controls, cameras, gyroscopic movement, and even voice recognition. There’s a substantial number of games, spread across five distinct areas, and they range from traditional racing games and whack-a-mole experiences to more complex feats of finger gymnastics. The base goal of every game is to earn a bronze medal by successfully completing actions and collecting stars to win points. Earning a bronze unlocks the next game, while earning silver and gold medals awards bonus items to look at in the gallery. Usually, earning higher grades and better medals is a good incentive for replay value, but some of the games are so unenjoyable, earning just a bronze is satisfying enough as it means the experience can be ditched and left alone forever.

The first available game has players pushing the environment “upwards” by pressing on the rear touchpad, exploiting physics to roll a spherical Deviant around a map and collect keys. This game is indicative of the game’s greatest strength and biggest weakness — the power to showcase genuinely exciting new technology, and the inability to showcase that technology in a satisfying way. 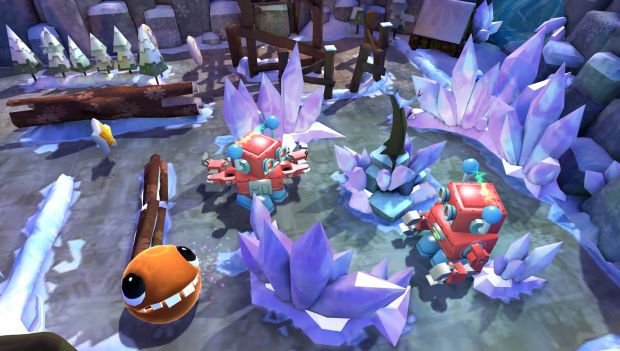 In this first game, the premise of pushing a ball around from underneath is laudably inventive, but it’s also unintuitive and awkward. Having such an indirect influence on a bumblingly controlled ball is far from a pleasurable experience, especially with dangerous robots marching around. Yes, part of the challenge is in dealing with such a strange new interface, but dealing with strange new interfaces and contrived, inconvenient control schemes is rarely fun. Any other game would be slaughtered for such awkward controls, and it’s not acceptable in this case just because it was intentional.

Other games demand players to “pinch” their Vita by holding the same spot on the front and back of the system and stretching areas to fling Deviants around. Some go even further, such as rubbing the front screen one way while rubbing the touchpad in the opposite direction, then “tickling” the Deviant from behind while tapping the front screen to knock out robots — all in the span of a few seconds. It’s recommended that one holds the PS Vita over a cushion while playing some of these games, as dropping it is a serious risk when it’s being held like a perverse octopus-crab with cerebral palsy would hold it.

When Little Deviants doesn’t let its ambition escape its ability, it can be a relatively amusing — if completely forgettable — time waster. Simple games with inventive twists can be a solid laugh, such as a whack-a-mole-style game where robots need to be pushed out of windows from the touchscreen or touchpad depending on which way they’re facing. There’s also a surprisingly adorable mic-powered game in which one has to sing, whistle, or hum a tune at the correct pitch to send out notes and hit oncoming objects, and an augmented reality shooter that’ll have players spinning around the living room in an attempt to shoot down robot ships. None of these games are stunningly brilliant, but they do a decent job of showing what the Vita can do without trying to show off. 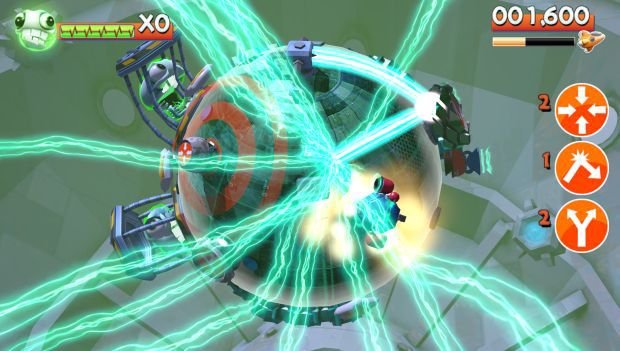 These moments, however, are fleeting thanks to the developers becoming way too big for their boots. It is impressive that the Vita is capable of so much input, but that doesn’t mean forcing the player to do three or four things at once is entertaining. This is especially true when the selection of games, unique though their controls may be, are mostly quite dull and inane. Strip away the gimmicks, and Little Deviants is just another minigame compilation at heart.

The aforementioned ball-rolling game is essentially a poor man’s Monkeyball. A maze-like game in which players use the gyroscope to roll around and collect items is just Pac-Man with less excitement. For all the attempts to look cutting edge, Little Deviants is little more than a collection of games we’ve played multiple times before, with the added bonus that they’re more of a hassle to play.

Outside of looking good and featuring cute, colorful characters, there’s not a lot that Little Deviants has going for it. Either games are forgettably fun or memorably vexatious. It’s a disappointing situation, because the game has not been badly put together and it seems to have been made with some genuine love. It’s just full of bad ideas that have been implemented to make old ideas look new. They certainly do feel new, but rarely in a way that compliments the gameplay. 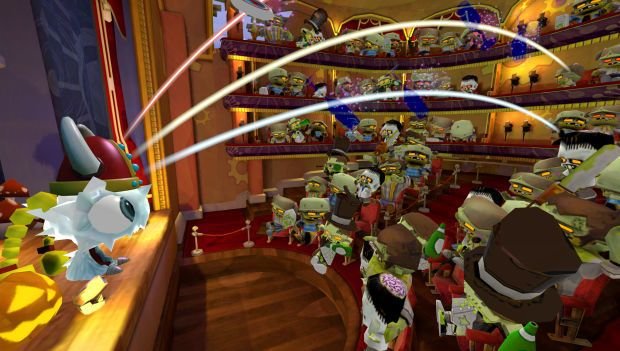 I get the feeling that games like Little Deviants will be a big part of the PlayStation Vita’s early library offerings, games desperate to exploit every available feature regardless of whether or not it helps to make things more enjoyable. I hope against hope that studios calm down and learn a little restraint when it comes to exploiting these features, as this collection of clumsy, discommodious distractions is indicative of what can happen when developers forget the elegance of simplicity. New features are only worth including if they enhance an experience. When they get in the way of it, they should be axed on the spot.

It’s a shame Little Deviants couldn’t have been more ready with the chopping block.