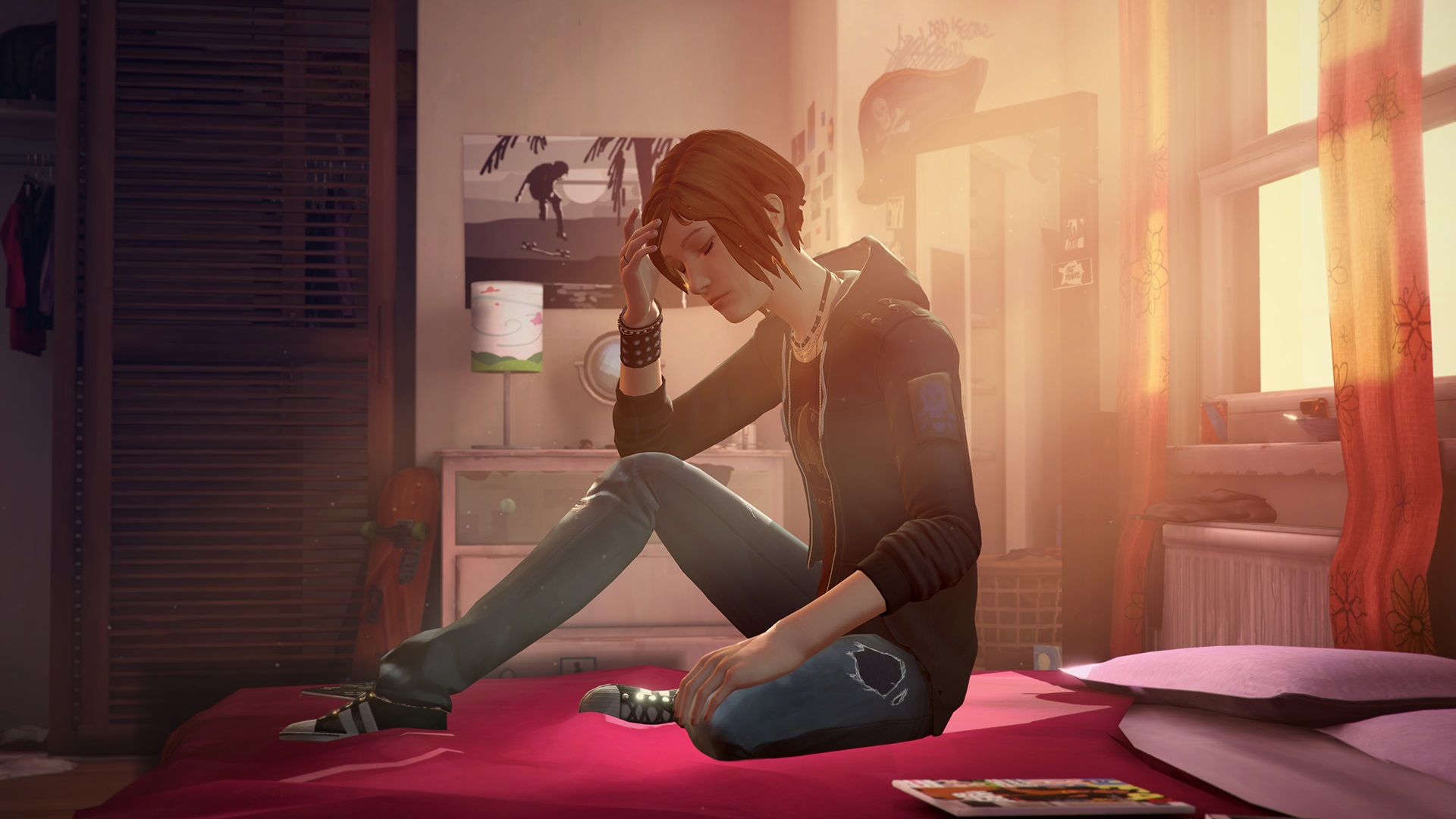 Drama is Life (is Strange)

Chloe Price isn’t tough to role-play. Life is Strange‘s Max Caulfield felt like something of a blank slate. A thoughtful and mostly quiet young woman, malleable in how we wanted her to approach social interactions. There was a pressure to do right by Max, like the identity we were helping to carve was more important than all the supernatural disasters plaguing Arcadia Bay. 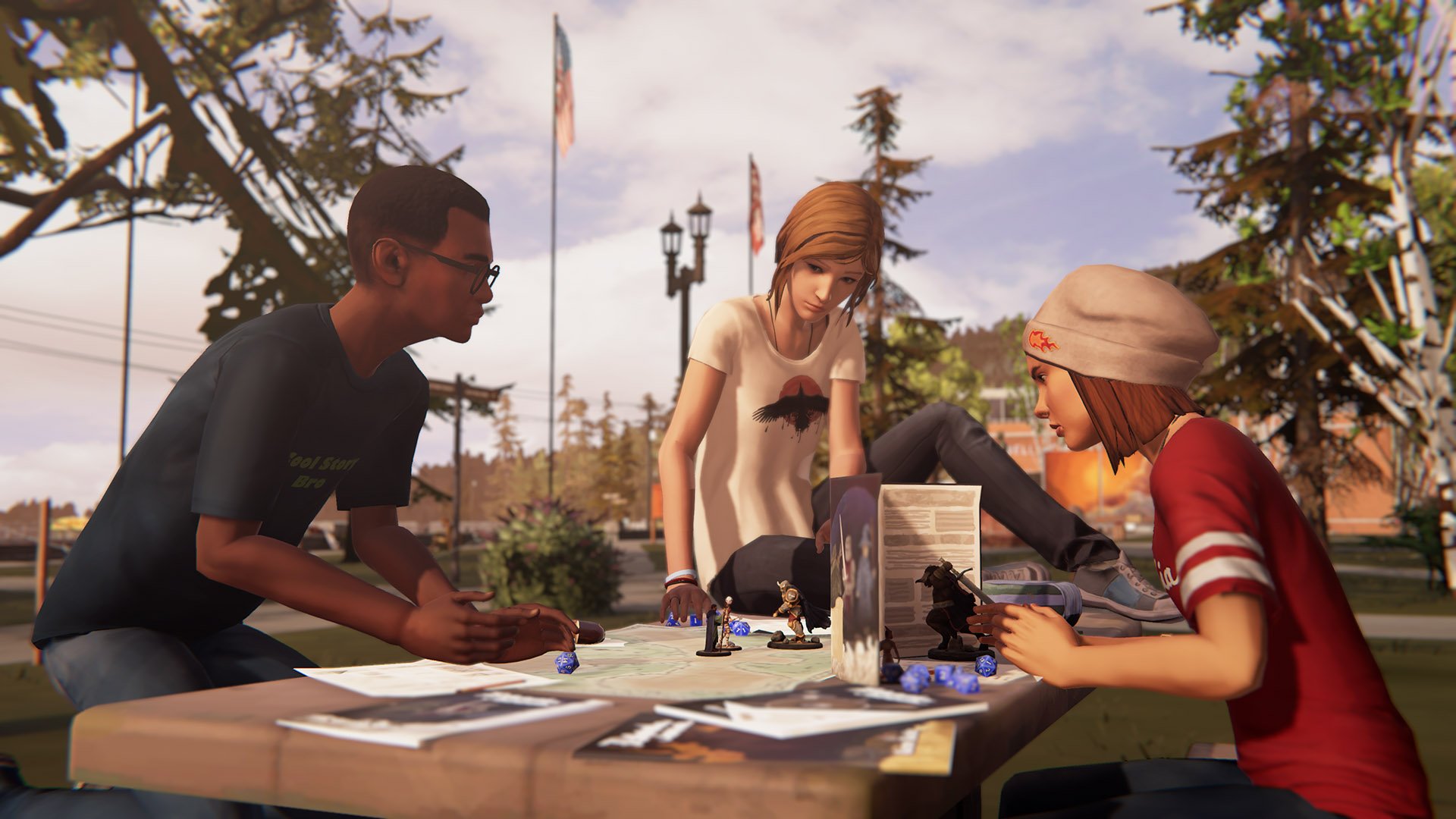 Life is Strange: Before the Storm rewinds time to three years before the events of the original Life is Strange. Chloe feels lost and abandoned. Max jettisoned off to Seattle and rarely makes time for an old friend. Her dad, even though it was hardly his fault, died in a car crash two years earlier. Her mom is coping with this by shacking up with a new boyfriend who Chloe venomously hates.

She’s the victim of circumstance, everyone moving on with their lives in ways that emotionally exclude her. She’s a proverbial orphan now. Even those who still care about her show it in ways that she doesn’t want to see. Her mom wants her home by curfew. Her teachers want her attending class. But, remember: Fuck authority.

Chloe acts out. The early moments of Awake follow her to a dingy rock club on the verge of town where only skids hang out. She only gets in by verbally berating the bouncer. This is Before the Storm‘s mechanical contribution to Life is Strange. Ditching the time rewinding function (mainly because there was nothing supernatural in Chloe’s life until she was reunited with Max), Before the Storm introduces conversational challenges. These have Chloe snapping off comebacks in arguments until she belittles the other person into backing down.

It’s not a particularly exciting inclusion but at least it’s thematically firm. Chloe has proven time and time again that she’ll give the middle finger to anyone who’s pissing her off. Finding a way to build a mechanic around this attitude appeals to the sense that we already know Chloe as a strong character. She’s perfectly willing to act like she has all the answers even if she’s very much still figuring it out as she goes.

There’s a weird disconnect that comes from seeing these characters in a prequel environment. For instance, an early-ish encounter sees Nathan Prescott being bullied by a football player. Without any real skin in the game, Chloe can side with either the jock or the rich kid. But here’s the thing: We already know what an incredible piece of shit Nathan turns into. Why should we defend him, even if the game seems as if it’s pushing you that way? We have crystal ball-like insight to the future, knowing the end to it all. That’s 100 percent diametrically opposed to the actual high school experience where everyone’s unsure of everything in their lives. 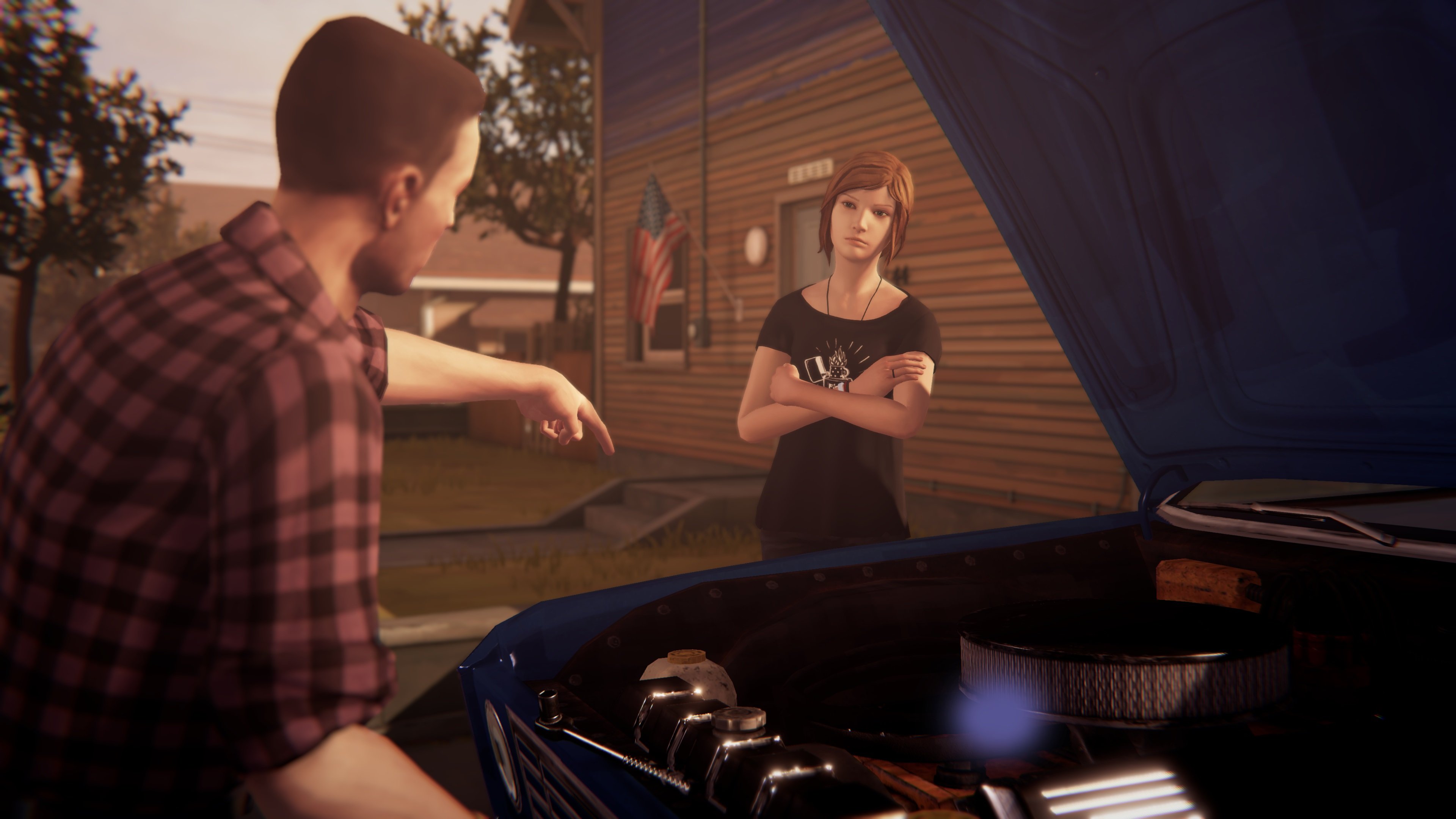 Being unsure is what makes Life is Strange work. It’s the uncertainty that keeps Chloe from being just another punk rock stereotype. And, it’s what we don’t expect from her that makes Before the Storm effective thus far. Life is Strange largely revolved around Chloe’s obsessive pursuit to find Rachel Amber, a Blackwell Academy student who went missing. Details about their relationship were implied and then eventually revealed, but Awake‘s first-person account is significantly more powerful.

Rachel is the closest thing we’ve seen to Chloe’s kryptonite. Awake begins with Rachel saving Chloe at that rock club, and it launches a full-on infatuation that seems to be a two-way street. They spend a day doing rebellious stuff, punctuated by intermittent flirting. Chloe’s not the affable rogue she usually is, though. She gets tongue-tied, tripping over her own words and unable to find the right ones. That’s a teenage nightmare that nearly all of us can sympathize with. If I’d only thought of something charming to say.

With Life is Strange, I found myself writing about an emotion-induced lump in my throat — a surefire sign that the game had been effective in making me care about its characters. In the first episode of Before the Storm, that lump came back although not yet in full force. Before the Storm doesn’t really have to do the legwork of persuading an emotional attachment to its cast; that’s already there. Still, I’d be lying if I said I didn’t have to swallow that lump when Chloe lashed out at all the ghosts of her past. Something’s working. Fuck cameras.

Before the Storm‘s first chapter has already deflected most of the pre-release concerns that “This doesn’t need to exist.” Maybe it doesn’t because Life is Strange‘s story was self-contained. Then again, maybe Life is Strange is better off with this complementing it. After its debut, I’m fully willing to argue that Before the Storm deserves to exist because this story is important too. In true Chloe fashion, anyone who disagrees gets two one-finger salutes.