[You can read reviews for past episodes here: Episode 1, Episode 2, Episode 3, Episode 4.]

Pangs of guilt washed over me in the final moments of Life is Strange 2. I saw the conclusion to this story — this long, strange, formative, and tragic roadtrip — in a manner that felt just and fitting. Throughout everything, I let my moral compass be Sean Diaz’s moral compass. I valued, above all else, guiding Daniel toward becoming a respectable and responsible young man. I wanted him to be someone their dad would be proud of.

Somewhere along the way, I had lost track of their ambitions as individuals. Maybe I never really listened in the first place. I let my goals become Sean’s goals, and then I forced that upon Daniel. If Life is Strange has taught us anything, it’s that nothing ever works out exactly as intended. Even the straight and narrow is littered with unforeseeable twists and turns. My heart was in the right place, and I guess that’s the consolation I’ll have to take. 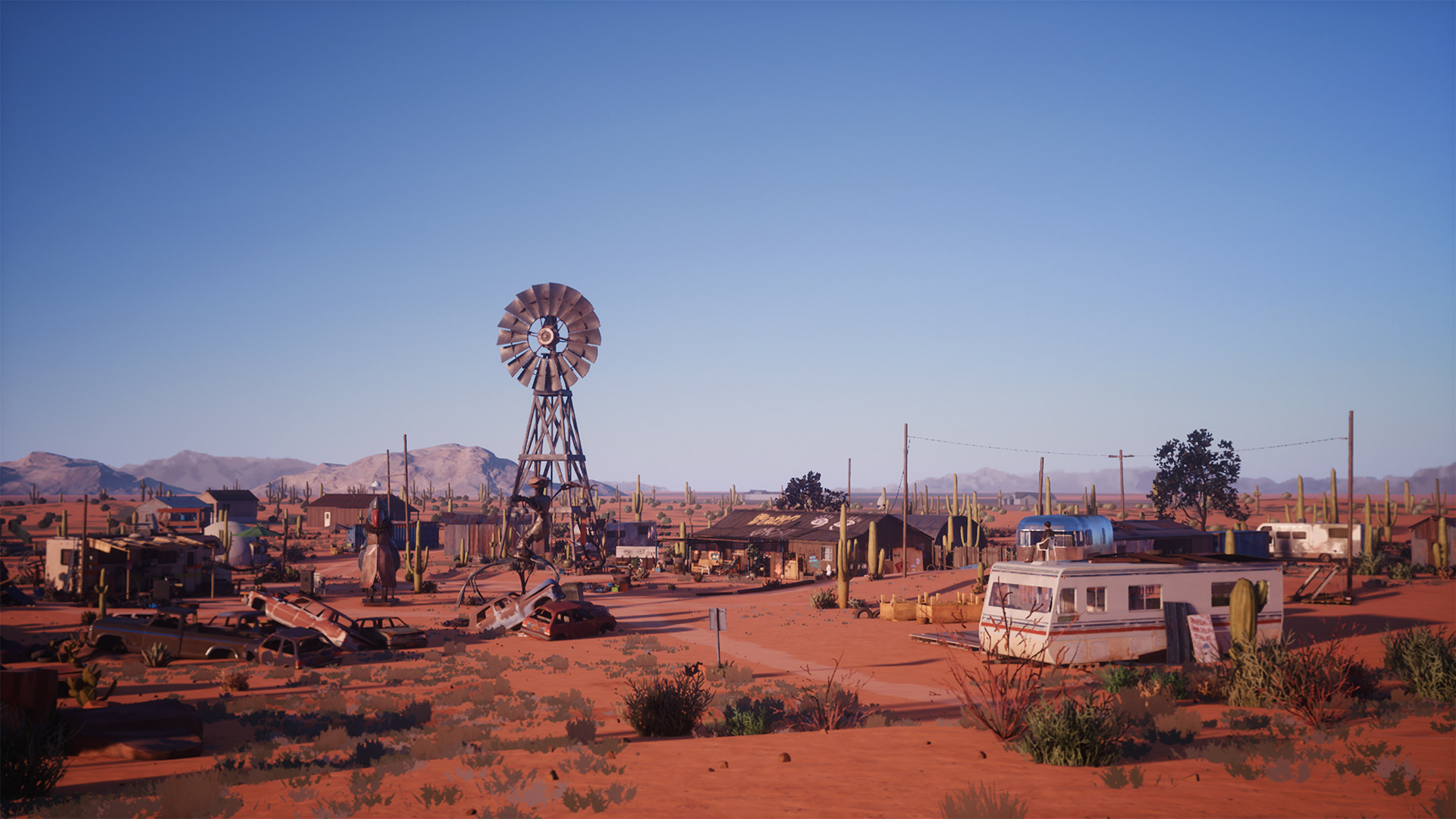 Life is Strange 2‘s fifth and final episode is bisected — almost in perfectly-timed halves — between relative comfort and imminent danger. Sean and Daniel have always made the most of their quiet moments. This time it’s to greater effect than ever before. They’re temporarily set up in Away, a hippie commune in the Arizona desert. The carefree attitudes and high-hanging sun mean Away is every bit as slow-moving as you’d expect.

It’s here that the brothers make up for lost time with their estranged mother, someone who was finally introduced in-person in Episode 4. She acts true to her character: Sorry that she abandoned the family, but ultimately resolute in her belief that she needed to pursue her own happiness. After spending the majority of his life resenting his mom, Sean begins to relent. There’s a very real feeling that Sean finally understands everyone has their own story to tell. Considering everything he’s been through, he should understand better than most.

Daniel’s not as discerning. As Sean points out, Daniel makes friends everywhere he goes. He’s right. Daniel thrives in social situations, charming everyone he meets. We’ve seen it in literally every episode — from starting small by befriending Brodie and Captain Spirit, to earning the admiration of all the marijuana farm laborers, to becoming the object of affection of an entire religious sect.

There’s not much in Daniel’s life that’s stable, and maybe that’s why he clings to every new person he comes across. It’s no different in this sleepy desert community. Everyone loves the Diaz brothers, all of them chatting it up like they’ve known each other for a lifetime. It’s jarring at first, hearing all these names thrown around like they’re characters you’re supposed to remember. (You’ll certainly remember one character though, an important recall from the original Life is Strange.) Eventually, everyone in Away proves to be kindhearted and eager to help.

Some painful goodbyes and caring sacrifices set up the second half of Life is Strange 2‘s finale, the culmination of this entire adventure. It’s finally time to cross the border into Mexico. Predictably, things don’t go as planned. A heavy-handed sociopolitical plot device separates the brothers and sends everything hurtling toward its conclusion. 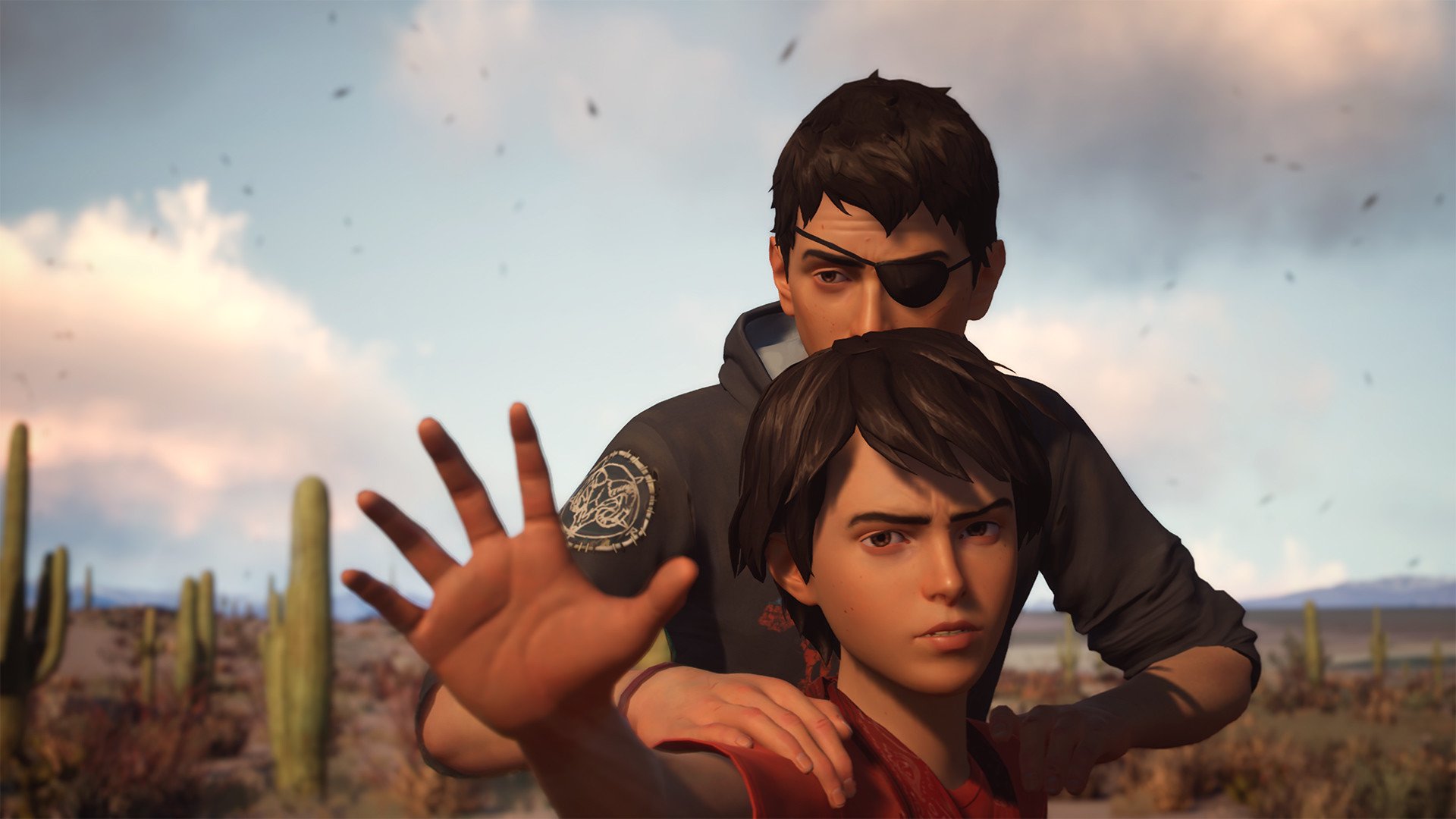 Though loud and explicit, developer Dontnod has found great nuance in the ways it wraps up this story. This was a critical flaw with the writing in the original Life is Strange, as it stripped away a lot of agency in favor of a binary ending. Life is Strange 2 is a maturation in this sense. All the endings feel like natural sums of the journey thus far.

Dontnod has released a video that shows all four major endings to Life is Strange 2. You can watch it here but be warned that there are big-time spoilers. I came away with what’s probably considered the canonically pure conclusion, the lawful good one. It’s what I had been building toward all this time. In hindsight, I don’t think it’s optimal. There’s another ending that better takes both Sean’s autonomy and Daniel’s education into closer consideration. C’est la vie.

The fault’s mine because I pursued Daniel’s best interests at the cost of Sean’s — something I hadn’t realized until those closing minutes. It may not feel as overt and constant, but individualism is every bit the major theme cutting through Life is Strange 2 as family, sacrifice, and responsibility. I ignored that and I don’t feel good about it.

Life is Strange 2 represents a sophistication of Dontnod’s storytelling capabilities because it effectively adds up and weighs moral decisions to truly influence the narrative outcome. Every ending comes with some degree of complication — that much was to be expected — but it’s satisfying because they’re all befitting of the characters you molded. Whichever direction you took Sean and Daniel’s lives, chances are you’ll feel responsible for their fates. It’s personal. Because it’s personal, it’s memorable. That’s about the utmost positive quality for this style of story.