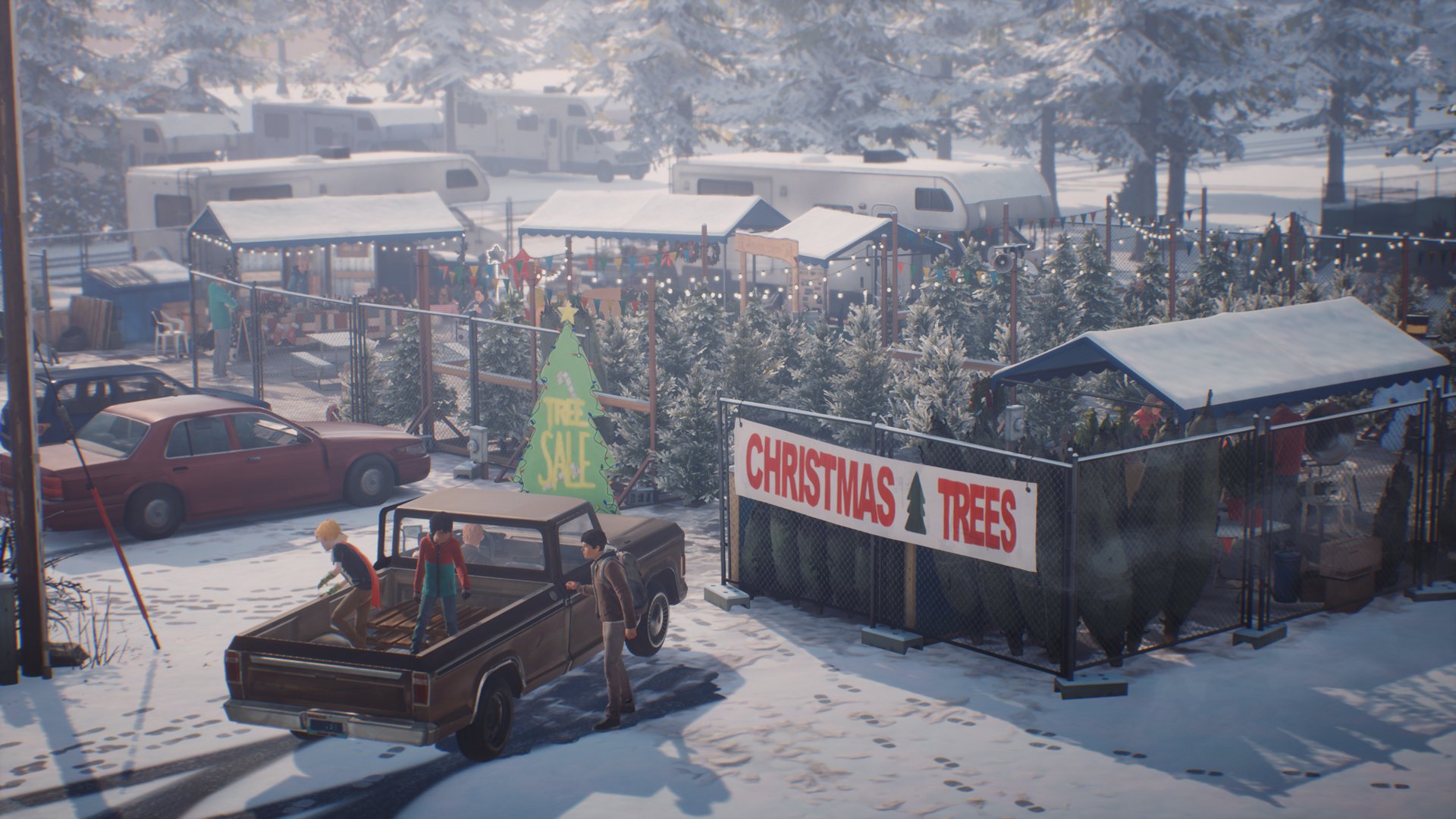 [You can read a review for past episodes here: Episode 1]

Although Life is Strange 2‘s second episode, Rules, expands on the framework of its introductory chapter, it doesn’t necessarily raise stakes. Rather, it seeks comfort and familiarity. That’s a very real aspect of the human condition: When faced with tragedy and overwhelming circumstance, try to cope by staying grounded through whatever normality you can latch onto.

Rules is a relatively slow-paced act. It’s mostly free from the suffocating desperation that seeped out of every seam in the first chapter. Despite all evidence to the contrary, it’s not all tough times for the Diaz brothers. The bulk of Rules is a reprieve of sorts — albeit a reprieve that still manages to sneak in some well-timed emotional gut punches.

Sean and Daniel are fortunate enough to have found an abandoned one-bedroom house in the woods. (The word “fortunate” feels like a real stretch, only applicable because of how awful their situation is.) It has been approximately one month since the events of the first episode, meaning the Pacific Northwest has transitioned from colorful autumn to harsh, snow-blanketed winter. This house is shelter and any shelter is a blessing — even if they have to eat ravioli every night and shit in a metal bucket.

It’s here that Daniel hones his newfound telekinetic powers. The opening minutes see Sean help train his little brother. Pick up some cans. Pick up a rock. Pick up a bigger rock. But it’s also where we discover the overarching motif for Rules. Sean stresses time and time again that Daniel is to keep this ability under wraps. Hide your power, never talk about it, and run from danger. Those are the rules Sean beats into Daniel’s head every chance he gets.

The brothers realize this shack isn’t adequate in the long-term so they set off for their grandparents’ house which is a two-day hike away. This is where the cozy monotony of Rules takes its grasp. Reluctantly, the grandparents accept Sean and Daniel while warning that they keep a low profile in this sleepy town. A good chunk of this episode is spent adapting to the routine of a couple of retired senior citizens. Help tidy up the house, check out grandpa’s elaborate model train set, pray before bedtime. At least they have three hots, a cot, and clean clothes.

Life with grandma is mostly uninteresting, but the neighbors steal the show in Rules. Charles and Chris Eriksen, the father-son duo at the center of The Awesome Adventures of Captain Spirit. (Captain Spirit was a free playable teaser that led to the reveal of Life is Strange 2; I wholly recommend playing it because it provides a lot of context that adds emotional heft to Rules.) Chris and Daniel hit it off immediately. They’re superhero cohorts, and Daniel uses his telekinesis while letting Chris think he’s the one with superpowers. Daniel’s breaking rule one but not rule two.

It’s moments like this where all the tiny conversational cues snowball into something more substantial. Sean has trained Daniel well enough. Daniel could’ve fessed up. What harm would there be in an imaginative nine-year-old knowing the truth? Realistically, Chris would just want to play superheroes more often. But Daniel keeps it hidden and lets Captain Spirit think he’s the one with the gift. It seems mutually beneficial in a way.

Daniel is learning and that seems to be the real payoff in Rules. If Sean scolds him enough for swearing, Daniel stops with the curse words. If Sean constantly harps on the powers thing, Daniel stops using them. He’s kind of like a puppy.

Even though Rules can come off as a plodding detour on an oppressive journey, it’s important in a formative sense. If the first episode was about familial bond, the second is about freedom and restraint. Daniel is young and he’s going to learn a lot by the conclusion of Life is Strange 2. And there are going to be harsh consequences to it all.

Rules is bookended by some heartrate-spiking sequences, but the majority is spent relatively comfortably. Music has crescendos and decrescendos because they’re dynamic. Loud has more impact when everything was soft just moments ago. Rules is a decrescendo. It’s quiet and it’s retrained. But all indications are that Life is Strange 2 won’t stay quiet much longer.