The MCU (Marvel Cinematic Universe) is intimidating, to say the least. In addition to all of the feature films there’s also official tie-in comics, one-shot short films, multiple sequels that set up sequels, and now, eight separate television shows with multiple seasons across two networks.

If you haven’t been at least following the movies, LEGO Marvel’s Avengers probably isn’t for you. 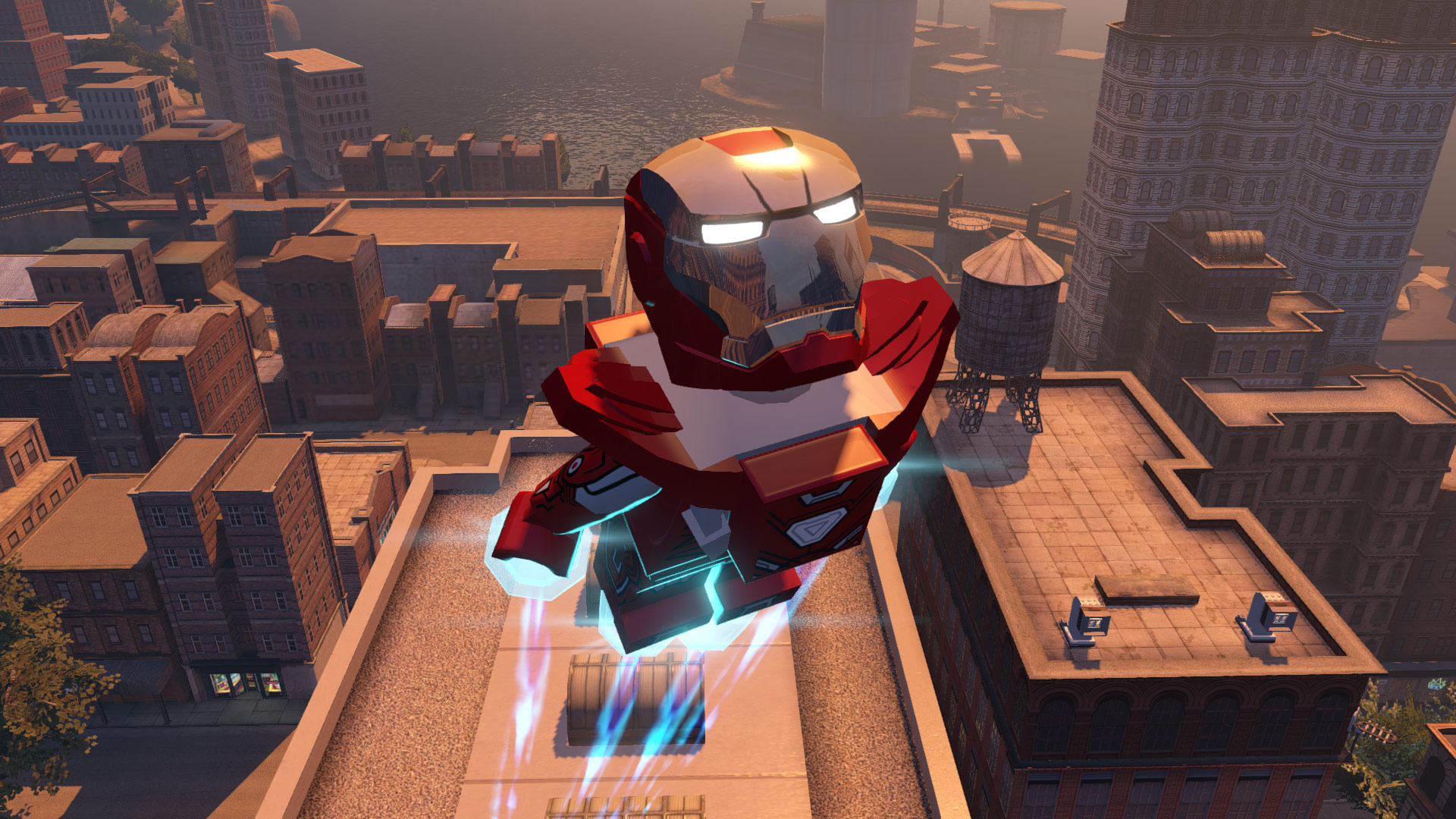 Marvel’s Avengers is the latest beat-’em-up in a long line of Traveller’s Tales LEGO joints, a subseries that has hosted roughly 30 games since 2005. It follows the same rough format as past titles, with a few added bits of panache (like more cinematic attacks and sequences) for good measure. You probably know the drill by now — multiple characters are on-screen at a time, all of which sport several attacks, but they have slightly different ways of going about it.

For instance, Captain America and Hulk are both melee fighters, but Cap will be able to reflect beams, and Hulk can smash through giant machinery. Iron Man and Thor excel at range and can fly, but the former can melt metal with his beams. You get the idea. Playing with a partner will enhance your experience tenfold as you can operate in tandem with one another, as going at it solo puts a damper on things by forcing you to switch characters often. That’s even more true for Avengers, where the two-person synergy attacks (like Thor slamming into Cap’s shield for a shockwave) are that much more satisfying.

The best part, the LEGO franchise’s signature silly humor, is intact. Interactions and events play out in a similar manner, so there aren’t a lot of surprises, but additional jokes and a general sense of lightheartedness actually elevate a few dud portions of the films. As such, every cutscene brings a smile to my face, and helps break up the repetition a bit. I never really minded the shift from the gibberish “LEGO speak” of the past into full voice acting, as Traveller’s Tales has always maintained the same tone successfully.

That cavalier, cartoony attitude can go a bit overboard, though. While including over 200 characters is a cool notion, especially for kids who are fans of some of the more obscure heroes, you end up with an overwhelming number of clones and a general sense of vanilla loadouts. They’re also inherently limited by the plotlines put forth in the MCU so they can’t deviate too much, compared to a wholly original game like Dimensions.

So where does LEGO Marvel start to really falter? Its inability to stick to one script at at time. It jumps around so many films that it fails to tell a cohesive story, and assumes you’ve seen every movie. If you haven’t, you’ll probably be a mite bewildered as to what’s going on. In fact, the game kind of just jumps into Age of Ultron‘s intro with no rhyme, reason, or setup, before moving onto scenes from both Captain America movies, Thor 2, Iron Man 3, and more. And don’t think there’s some overarching “Galactus is narrating the story” device — it just happens as it comes. The open world hubs are a welcome respite from the constant bang bang action, in that sense.

As for me, I’ve experienced every bit of the MCU outside of the comics, so it did mostly make sense. Some is good, some is bad (Agent Carter, which just returned to TV, is pretty good!), but the vast majority of it is easy to follow. It’s not like you’re going to be scratching you head trying to decipher poignant plotlines — the game just mostly lacks context, and suffers from fanservice-itis. The latter especially comes into play when the game splices in direct quotes from the film, some of which feel forced, with an odd audio mix to boot. 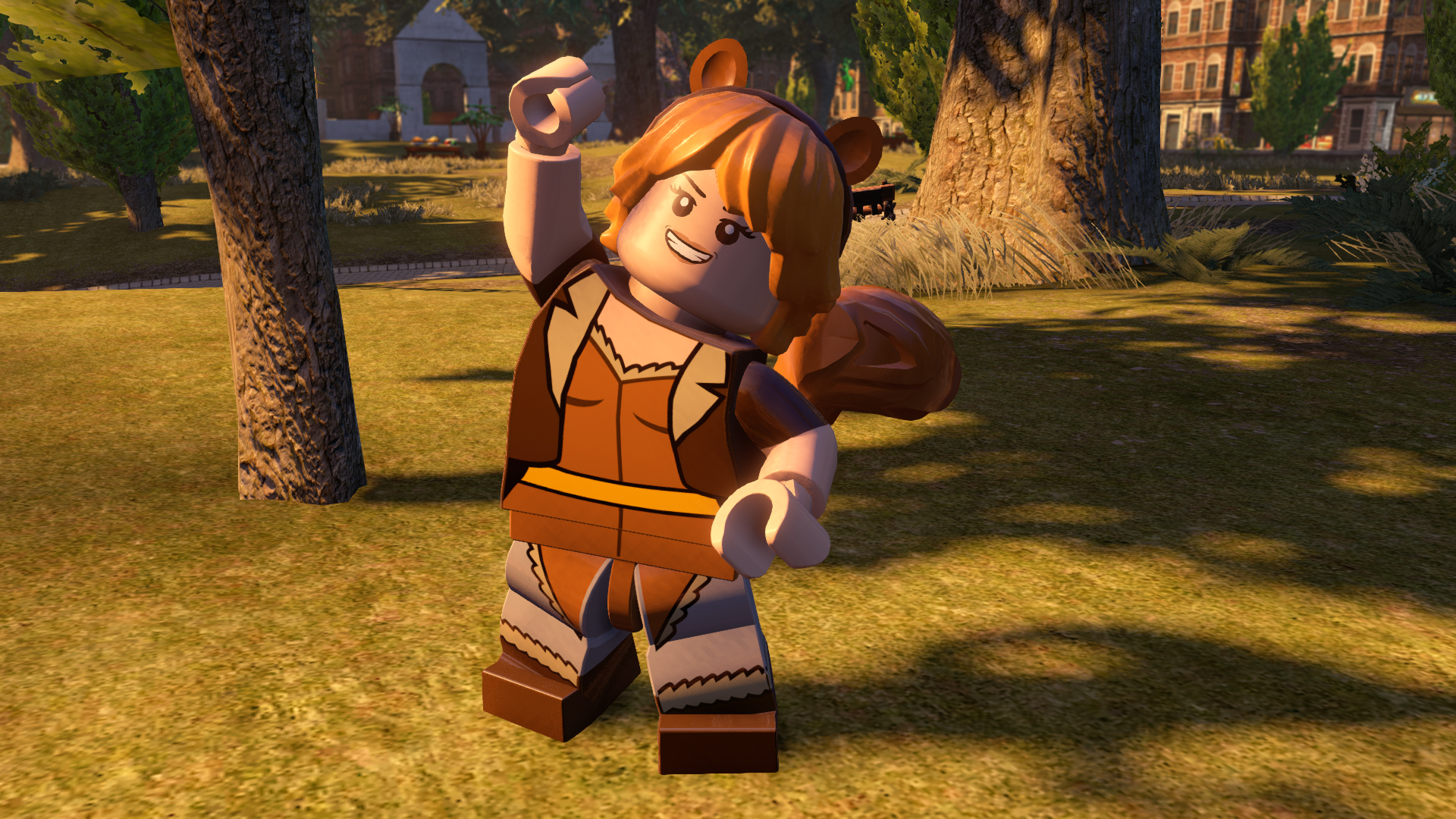 Does your kid constantly go on about Chris Hemsworth and Robert Downey Jr. while they run around the room in their Hawkeye outfit? Pick up LEGO Marvel’s Avengers and add it to the massive pile of LEGO games you likely already have. It’s a fun mindless romp through a couple of interesting setpieces, but not a whole lot more than that when it comes down to it.