Not the worst, but it’s not good either

I really love role-playing games, and I will usually put up with some flaws if the overall experience is interesting. A bad game can have a couple of good mechanics, and I will probably play it longer than I should. When I started up Legends of Aethereus I thought it would be a mediocre role-playing game with a weird steampunk fantasy setting. After playing it for a few hours I realized that it was actually a bad game cleverly disguised as a mediocre game. 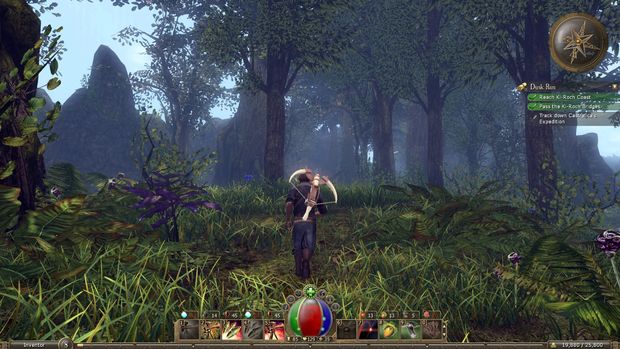 Legends of Aethereus is a third-person action role-playing game set in a steampunk fantasy world. On paper, that sounds like a great start to a game. It begins to sound even better when you realize that you make all of your weapons with a detailed crafting system, and you’ll get to use lots of cool steampunk turrets and sticky bombs. Reading the game’s description makes it sound great and, as a result, I was incredibly excited to check this out.

My excitement didn’t last long. At first, things seemed like they would be alright. I wasn’t amazed right away, but there are some cool elements right up front. The setting is appealing, there are tons of customization options for your character and gear, and it’s easy to jump in and start questing. I started out in the game’s town, which serves as the hub for all quests. I talked to someone with an exclamation mark over their head and they rattled off some generic lore and pointed me towards my first quest.

Quests are launched from the city’s dock, and you can revisit previous quests to grind out more gold and experience at any time you please. Each quest has three stages of difficulty, which pay out related levels of reward for completion. I always stuck with easy, because I never really saw the benefit of playing on a harder difficulty setting. This quest launching system made it fast and easy to get into the action, allowing the game to be quickly picked up and played in small chunks.

The world and setting in Legends of Aethereus are good, although the writing and voice acting leave a lot to be desired. It’s a blend of fantasy and steampunk, and they work together hand in hand in a way that makes otherwise normal tropes feel like something fresh. Killing a band of tribal orcs with rockets while waiting for an airship to arrive is really cool, and it’s a world that I enjoyed being in. 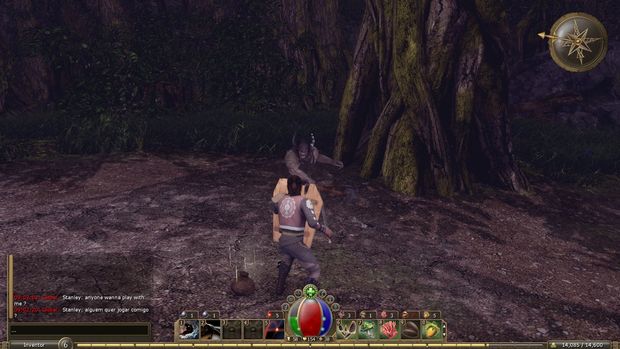 My enjoyment stopped once actual combat began. The sword and shield stuff is decent enough, but the special powers feel like they were ripped out of a budget MMO. Holding down the attack button will cause you to do a more powerful swing with a sword, which is a nice concept but I found that swinging wildly produced better results than trying to time my attacks. The blocking mechanics are weak — it takes too long to get your shield or sword up, and the whole affair feels disjointed.

Every mission comes across feeling like the same thing. The levels are designed like corridors, and it’s simply a matter of following the map to the next objective and killing some enemies along the way. Top that off with all of the scenery being the same jungles and swamps over and over again, and you will be bored within hours. 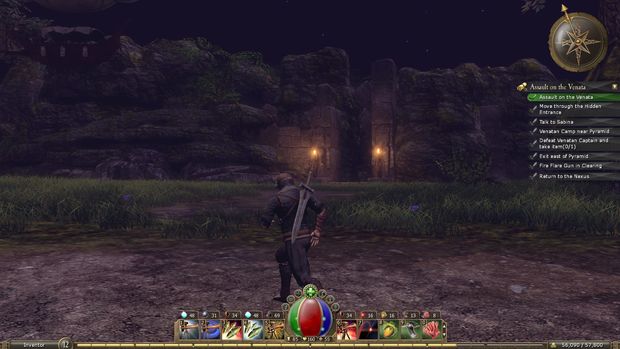 Legends of Aethereus has multiplayer, in several different forms. You can battle waves of enemies in an arena together, fight against each other in the arena, or quest together. These are all great modes to have in a game, but playing with a friend isn’t enough to breathe life into the monotonous gameplay.

I didn’t finish Legends of Aethereus, because 15 hours in nothing new was happening to make me feel like the game would be worth continuing. I love the concept of the game, and the setting feels novel and interesting, but the design and mechanics are just too weak to make this worth playing. Honestly, it feels like it could have used significantly more time in the planning stages. Even if they patch the mechanics, it won’t take away from there being too many repetitive, bland quests to complete. 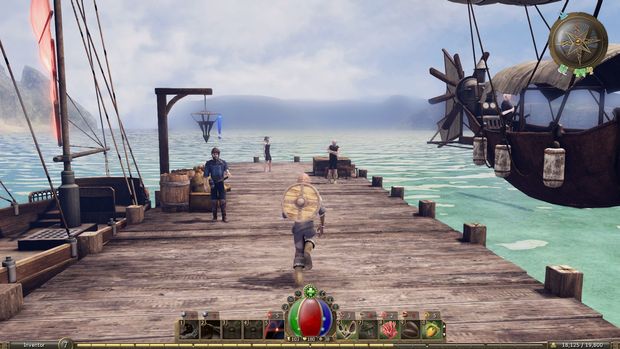 Legends of Aethereus is flawed, but not to the point of being offensive or terrible. While the setting is interesting, the weak combat and poor level design make it hard to recommend. You can experience everything the game has to offer in a couple of hours, and for an RPG that’s never a good thing.