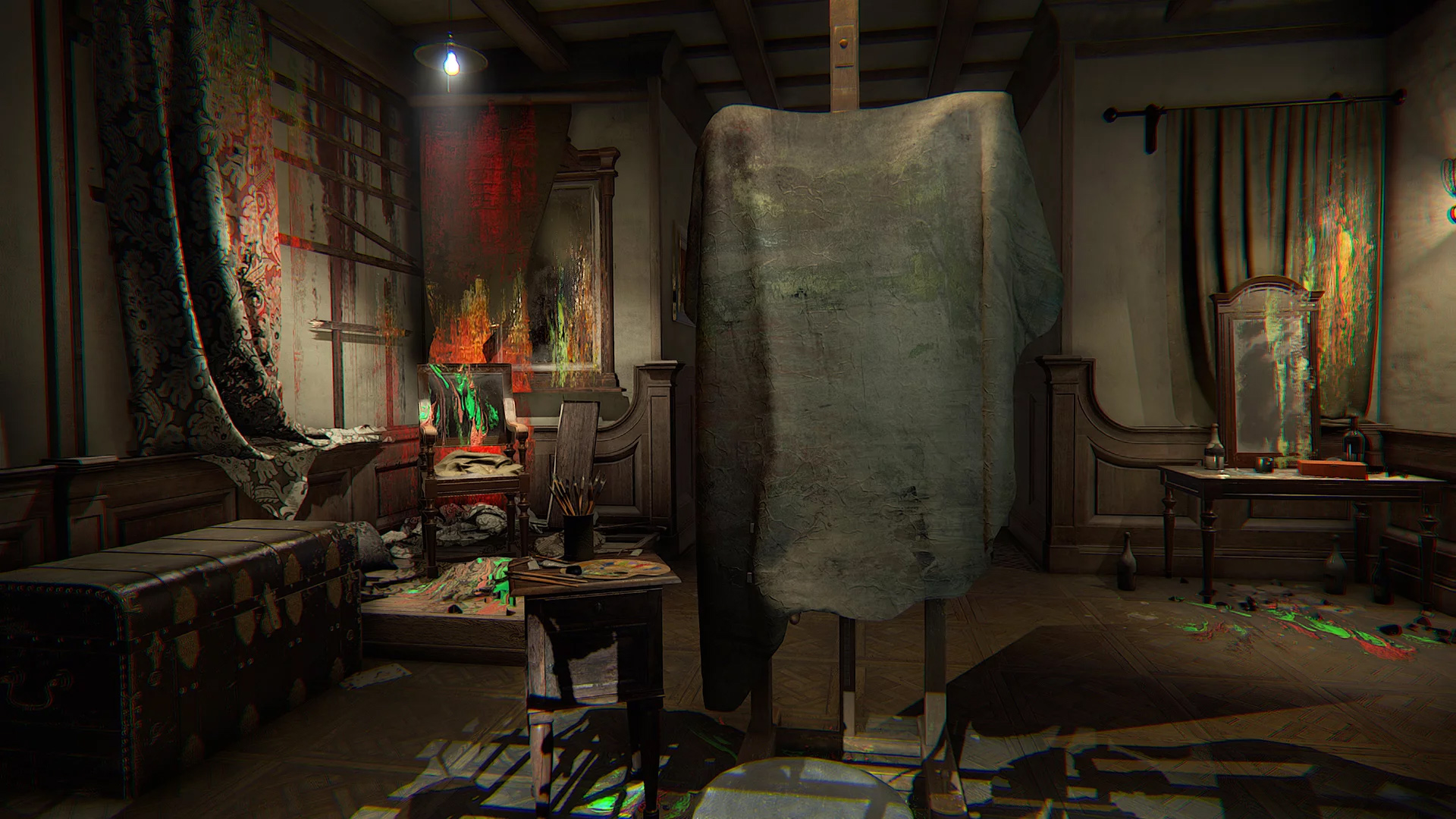 It’s not all in your head

Layers of Fear has a knack for animating the inanimate.

Many of its real-world paintings would appear unsettling even in a well-lit museum on a crowded discount-admission day. (Take, for instance, Goya’s Saturn Devouring His Son.) But to see some of these faces peering at you, contorted and disfigured? Or sneakily popping up behind you while your back is turned? Gah! I nearly flung my mouse off my desk a few times.

These and other cleverly-timed scares shouldn’t haven’t gotten me so good. Menacing as they seem at first, they’re actually quite harmless. And yet, more often than not, Layers of Fear managed to startle me — even on a second playthrough. 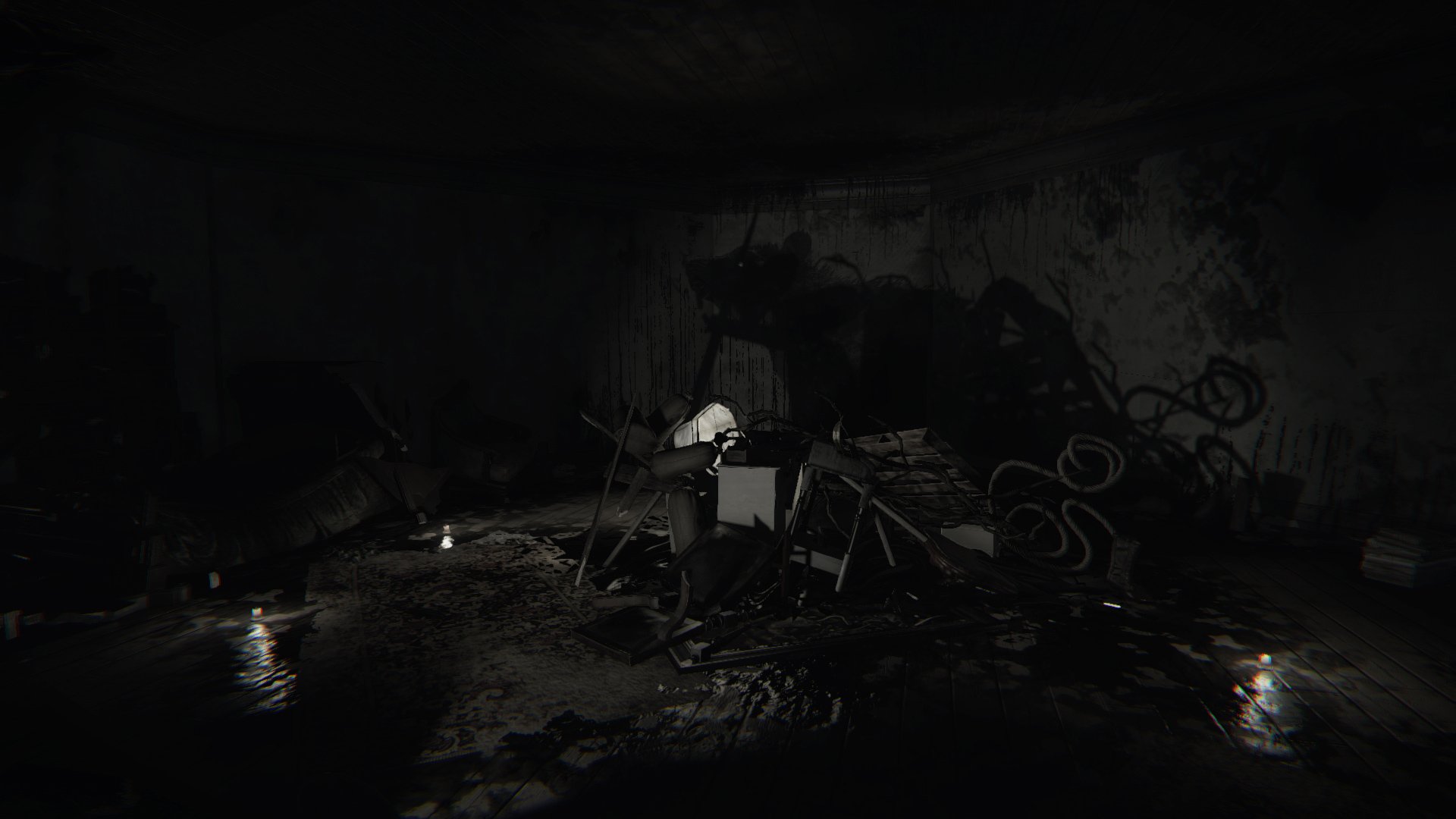 In the right circumstances, just about any house — real or virtual, familiar or foreign — can start to claw at your mind. In the absence of reassuring light and sound, your imagination is given the all-clear to dream up creepy what-if scenarios you know are obviously irrational but just can’t seem to shake. Your eyes and ears begin playing tricks on you. That’s the sensation Layers of Fear strives to evoke, except in this case, there truly is something sinister lurking in the shadows.

Set on a stormy night in a sprawling, unkempt Victorian home, you play as a renowned painter trying to finish his masterpiece in spite of a longstanding creative block. Your wife and child are no longer here, but their presence still lingers.

Written correspondence, clippings, and mementos scattered throughout the house offer hints about what the troubled protagonist was like in his personal and professional life before he spiraled into madness. These objects, the latter of which set off snippets of narration, collectively help to fill in the family’s mysterious albeit somewhat predictable past.

The majority of this psychological horror game is spent walking around, opening doors and drawers, rather than figuring out puzzles or fending off monsters. This is no action-packed adventure, but it’s a trip all the same. Your surroundings are always changing — sometimes right in front of you, but often, impressively, just outside your gaze. And it’s seamless. You can shut a door, immediately open it back up, and see a whole different room. Hallways twist and turn infinitely. Your poor bed melts into the floor. Although the experience is set inside a single house, it doesn’t feel limited in terms of scale, set pieces, or imagination. 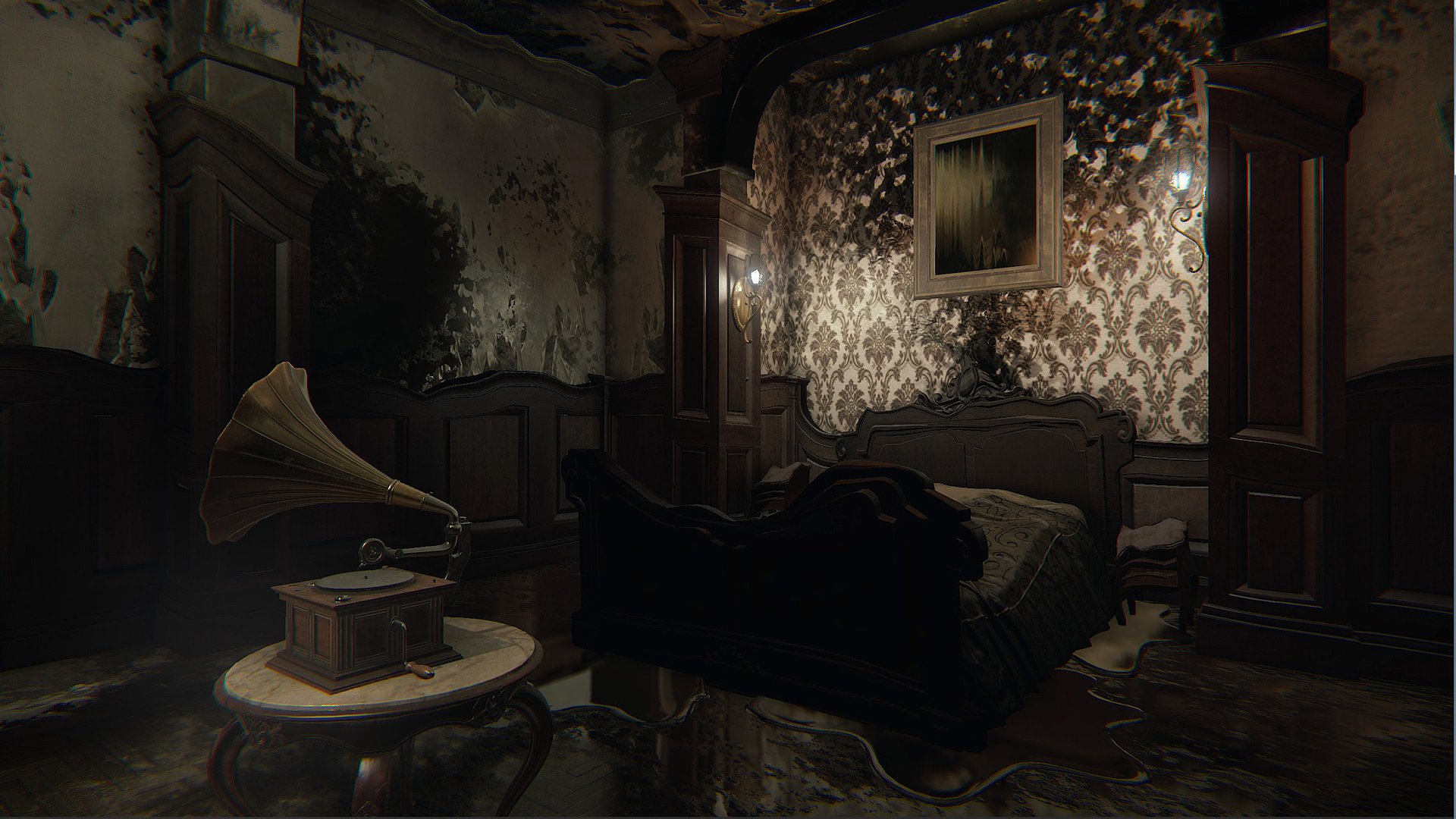 For as much as the floor plan enjoys messing with you, it is rarely confusing. Audio cues provide guidance, as do doors that lock and unlock to keep you headed in the right direction. There were a few spots where I wasn’t sure where to go or what to do, and one was a sequence that involved finding obscured checkers. That was a bit of a drag. Occasionally, you’ll need to dig around for specific items, but there isn’t an inventory to manage, and much of the time you merely need to look in a certain direction to trigger scenery changes.

You’ll hear a distorted child’s cry in the distance and, knowing full well that the only thing of importance in the room is a closed chest, you walk towards it. Up close, you can confirm that, yep, the noise is definitely coming from inside. So you open it. Slowly. Carefully. There’s a baby doll and oh god why is it violently twisting? It melts into a thick black goo and you move on, hoping beyond hope that a later sequence doesn’t involve sentient toys stalking you in the shadows.

For me, the tension was front-loaded. Midway through, I had developed a decent understanding of what I was up against, and then everything felt less ominous. Unlike action-horror games, which can induce fear and adrenaline by requiring you to play well to progress, Layers of Fear failed to feel threatening. I was unnerved at times, but never felt a deep sense of dread. 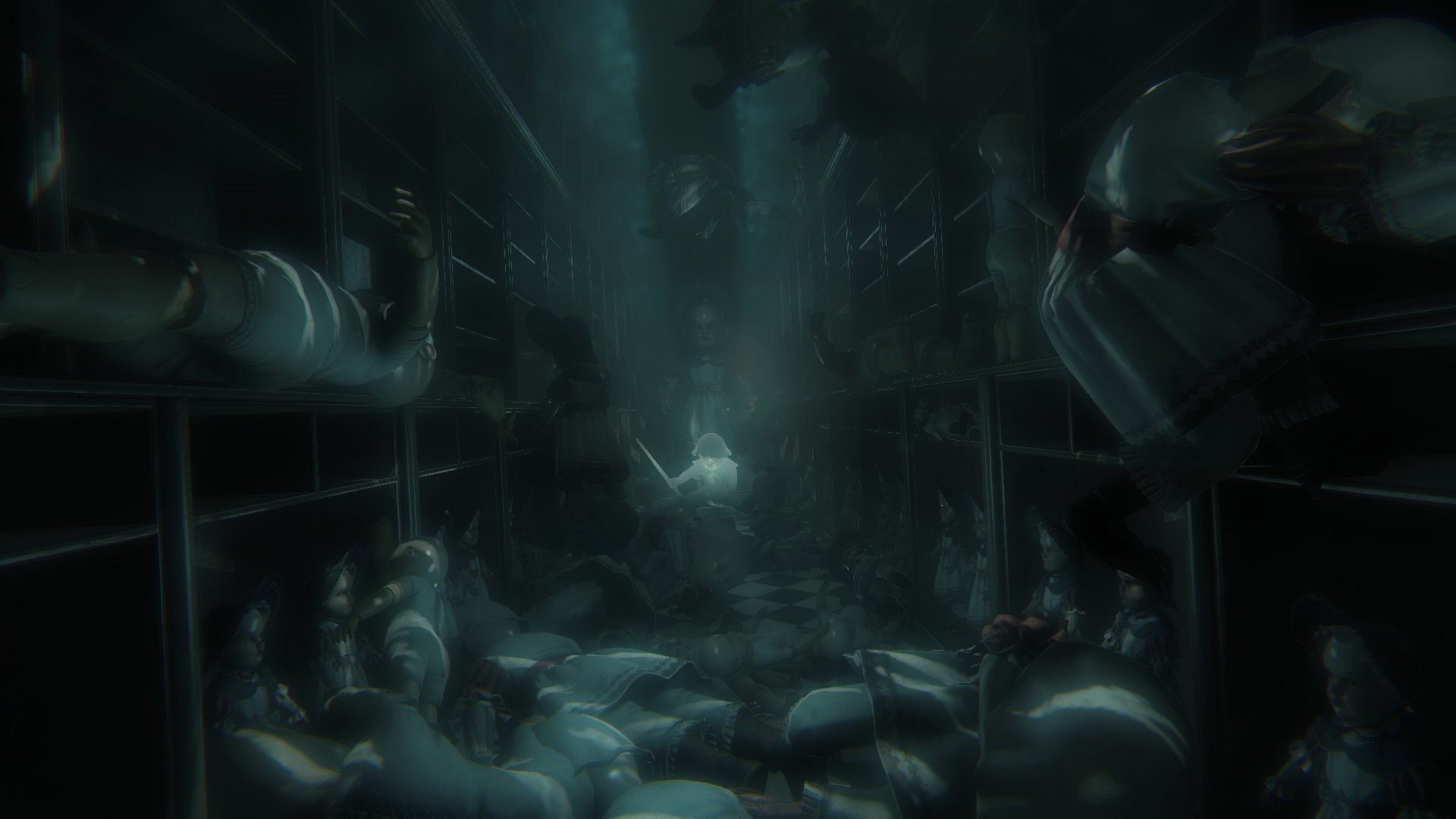 Terrifying or not, I was compelled enough to unintentionally complete the game in a single evening. Granted, it’s only a couple of hours long, but the pacing proved captivating. The checkpointing isn’t particularly generous, so that worked out for the best.

Since your surroundings can irreversibly change, it’s possible to miss collectibles. This didn’t bother me, but for completionists, there will assuredly be some trial and error involved (though it is somewhat alleviated by the chapter select option and overall short length). After the credits, you can start over on the same save file. I got the impression that there is probably an incentive for doing a new-game-plus run, but couldn’t find any conclusive answers.

Given a choice between playing on PC, PlayStation 4, or Xbox One, I’d advise against the console versions. This is a game in which you manually open hundreds of doors and cabinets, and those interactions feel far less fluid using a gamepad. Secondly, at least on PS4, the frame rate is disappointing. It was sluggish enough to distract from the spooky atmosphere.

Layers of Fear wasn’t as frightening as I thought it would be based on early impressions, but I was still entertained by its mind-bending haunted house even when the jump-scares fell flat.