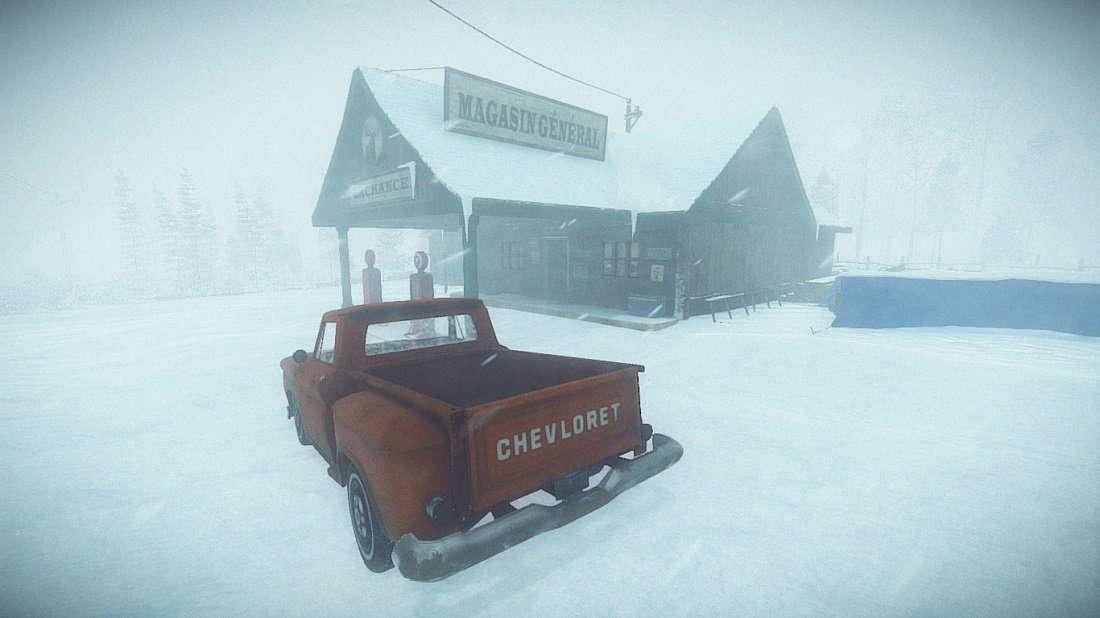 As Kim Deal once said, ‘Into the white…’

A lot has changed since I first previewed Kona. Back then, it was called Kona: Day One, much of the play area was cordoned off, and the survival elements just hung there in the background. But even so, it had something special already in place. All it needed was some much-needed care.

Now out of Early Access and spreading out onto consoles, Kona is the realised game I hoped it would be. So strap into your red Chevy truck, find your biggest fur coat, put on your best grizzled P.I. face, and figure out a mystery colder than ice. 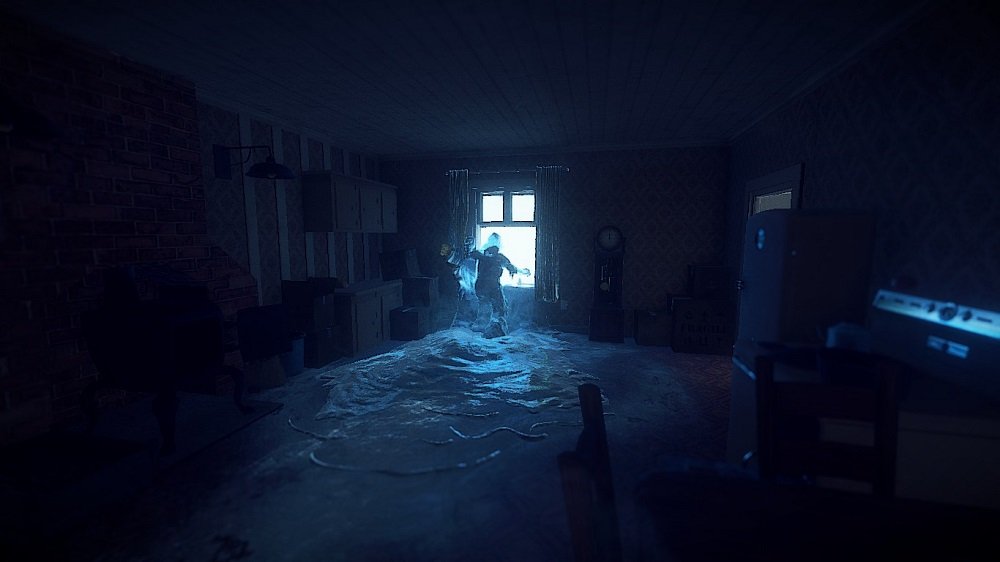 Northern Canada, 1970, and private investigator Carl Faubert is on his way to meet a wealthy client at Atamipek Lake. The local industrialist, William Hamilton, has made a number of enemies after buying up most of the town and pushing out the local Cree community, so he needs a bodyguard. For Carl, it’s a nice break from the usual cheating spouses, but when he arrives in the middle of a winter storm, the town is completely deserted. It’s not long until he stumbles across a frozen body, and with it the feeling he’s not entirely alone.

For those not in the know, Kona is an semi-open world mystery adventure with light survival elements. As Carl, you travel from building to building using nothing more than his trusted Chevy truck and a map of the local area, searching for ways to open up new areas. Due to the freezing temperatures, you have stay warm by lighting campfires or iron stoves, and fend off deranged wolves in between. Though it might sound like another walking simulator, it’s actually a refreshing take on a much-derided term, more in line with Silent Hill: Shattered Memories than Gone Home. 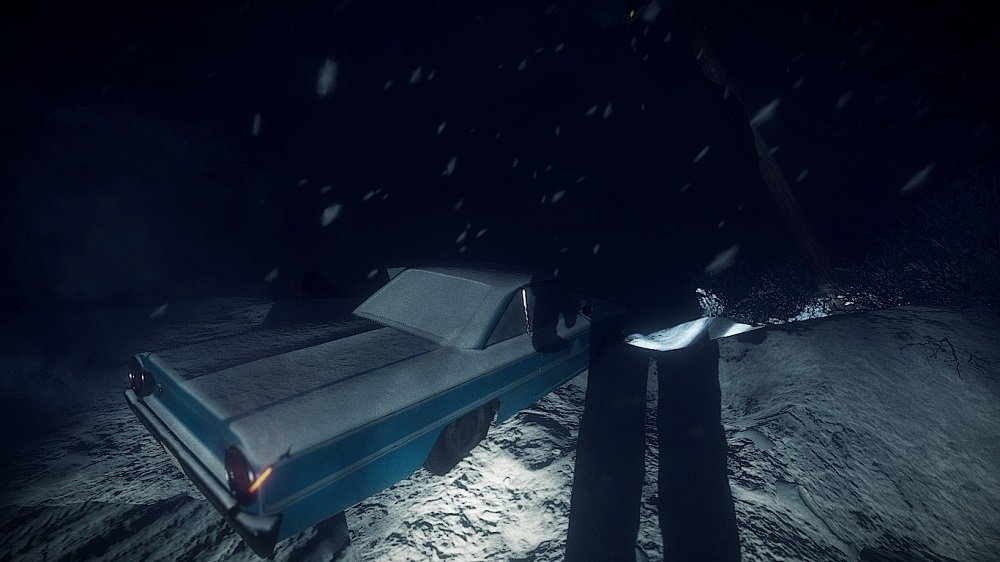 Kona is a beautiful game, both visually and narratively; its hardboiled tale drenched in suspenseful atmospherics, punctuated by low-key jolts and rewarding curiosities. Parabole has created a stunning game of duality, effortlessly blending survivalism with detective work and well-researched history with dying folklore. And it’s because these elements work together that Kona has something rarely found in its contemporaries: urgency.

Despite some truly ominous moments, Kona doesn’t sell itself as a horror game. Thanks to an ever engaging narrator, the plot plays out like a tall tale, as told by an old man in the corner of your local bait shop. His calming voice drifts between fond reminiscences, sage advice, and dark humour. Always present, but never annoying, Kona‘s narrator is a welcoming addition, thanks to some solid dialogue and highly refined timing.

Much of Kona‘s gameplay is centered around location scouting and investigating. Most places will have a fire to warm up, supplies to scavenge, or clues to solving your latest obstacle. It’s simplistic, but rewarding, with the journeys in between providing much of the nervous tension.

If the narrator is the main star of Kona, then Carl’s trusted Chevy truck comes a close second. While it’s useful for getting from A to B in one piece, it also acts as a supply box and protection from both the elements and wildlife. Being your only companion, the game does an excellent job of keeping either of you apart, leading you astray with curious paths and woodland walks. There’s a real joy when you end up wandering the woods for a good 10-20 minutes, moving from campfire to wolves, and catch that familiar boxy shape in the distance. 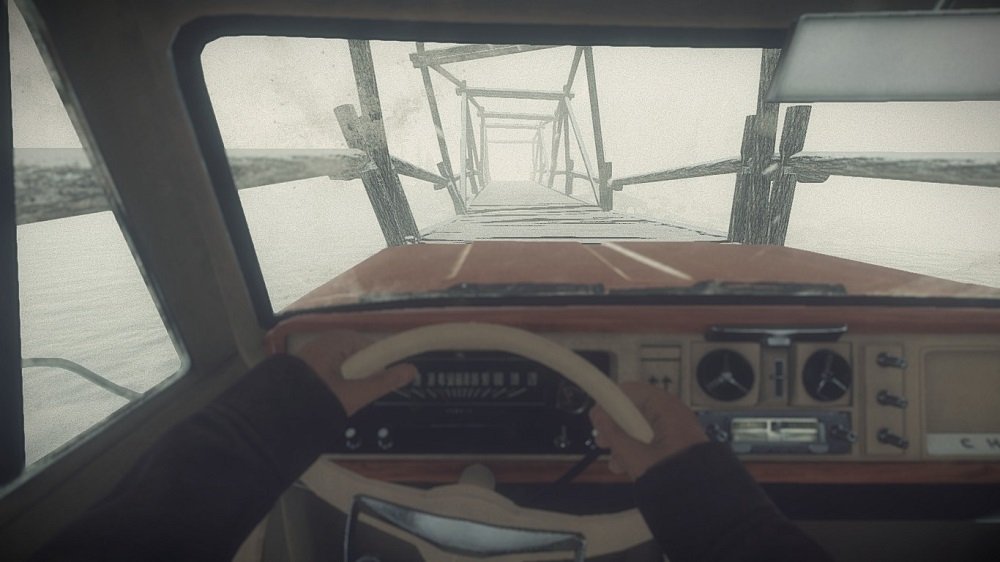 And the reason you feel that way is largely in part to Kona‘s immersiveness. It’s the little things like Carl’s body language or the way the world reacts to the ongoing storm – throwing an arm over the seat when reversing, adjusting the heater, the sounds of crunching snow and shuddering branches – that really draws you in. The soundtrack, though minimalistic with its slide guitar, perfectly complements the lonely scenery. If you do play Kona, make sure it’s with a pair of headphones.

Despite the nihilistic look, Kona is smartly designed. It tells its story by subtly guiding players through empty houses, animal tracks, strange rock placements, and broken branches. What starts off as an semi-open world adventure gradually shrinks to claustrophobic proportions, with the player being reduced to going on foot and in the dark, right before the game pushes you into a heart-in-mouth finale. 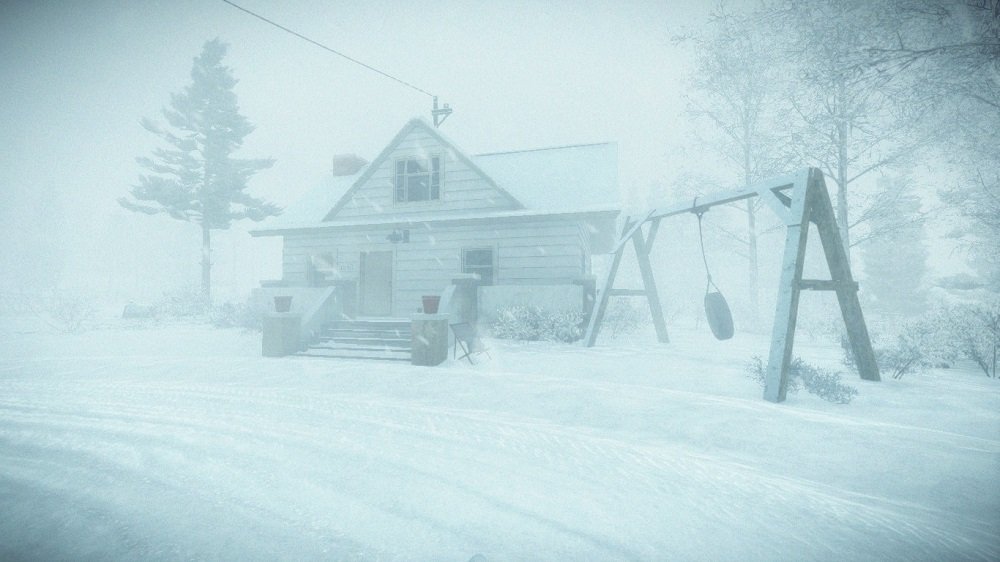 Though you rarely meet anyone in town, you get a good sense of who they were by some carefully placed mise-en-scène; whether it be a tire swing in the front garden, a “secret project” in someone’s garage, or capturing someone’s unhappiness through a dimly lit room and well-placed window overseeing the frozen lake. Even when the connections become convoluted, there’s an organised journal that keeps you up to date with previous events and the townsfolk. Kona lets you feel like a detective, even when you’re one step behind.

Unfortunately, there are a few negatives that really break Kona‘s magical illusion. Assets are constantly recycled to the point of absurdity (everybody in town owns the same coloured appliances, wallpaper, and furniture). Load times are incredibly intrusive, at least on PC; especially when you’re asked to continually backtrack short distances. Personally speaking, the switch from streaming to loaded segments in Early Access really hurt the game’s flow. 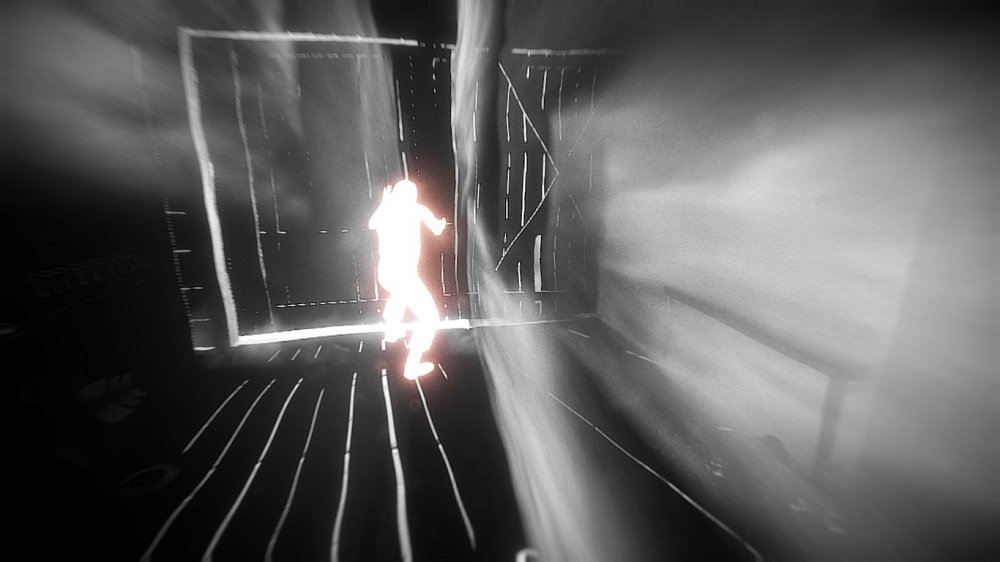 The combat also happens to be another glaring weak spot. Aside from the cold, wolves are Carl’s only regular enemy, and while their AI is very basic, they’re also erratic. By throwing steaks at them, you can avoid confrontation, but they’re limited and in the second half, you’re reduced to swinging a hatchet around like a madman.

In Kona‘s defense, the survivalism aspect is far from hardcore. It’s light on micro-management, with very little in the way of crafting. Materials for campfires are liberally strewn about and the inventory is deep enough to keep everything vital on you at all times. Pills and medikits heal, beer and cigarettes lower stress (which determines stamina and accuracy), and so forth. Basic implementation, sure, but that’s all Kona needs to do to up the stakes. 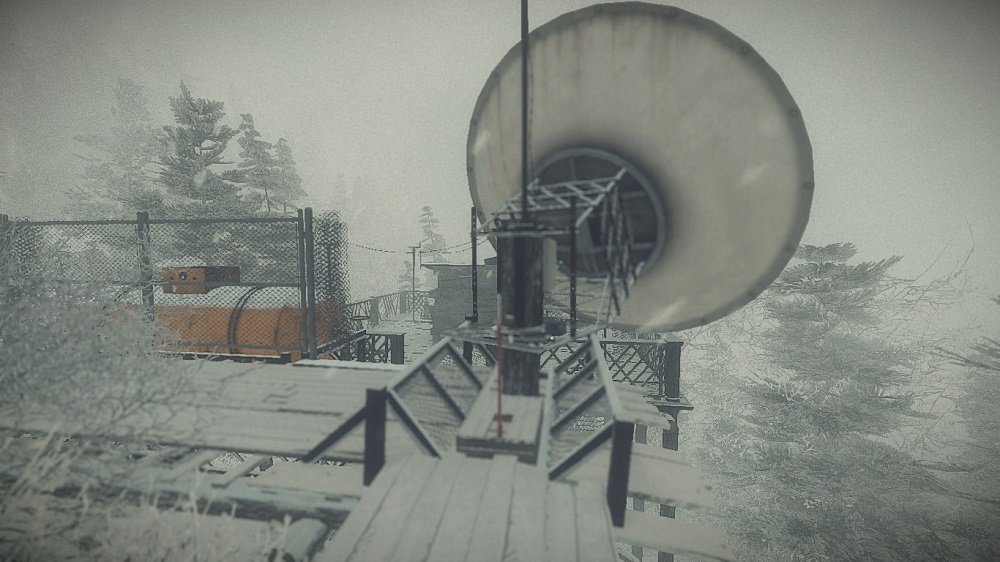 Overall, Kona‘s weaknesses aren’t enough to ruin an otherwise excellent thriller. The story is intriguing from the get go, seta against the backdrop of Korea, communism, capitalist expansion, and just plain old matters of the heart. Exploration is never a chore, either, due to the tension on hand and the rewarding nature of finding a point of interest just beyond the white veil.

Kona is a wonderful and lovingly crafted accomplishment. It’s charming, magical, and smart enough to instill real motivation in its players and layer its cast in realist ways. Kona might be the first of four planned games, but it also happens to be a great standalone adventure that’ll have you reaching for the thermostat in no time.