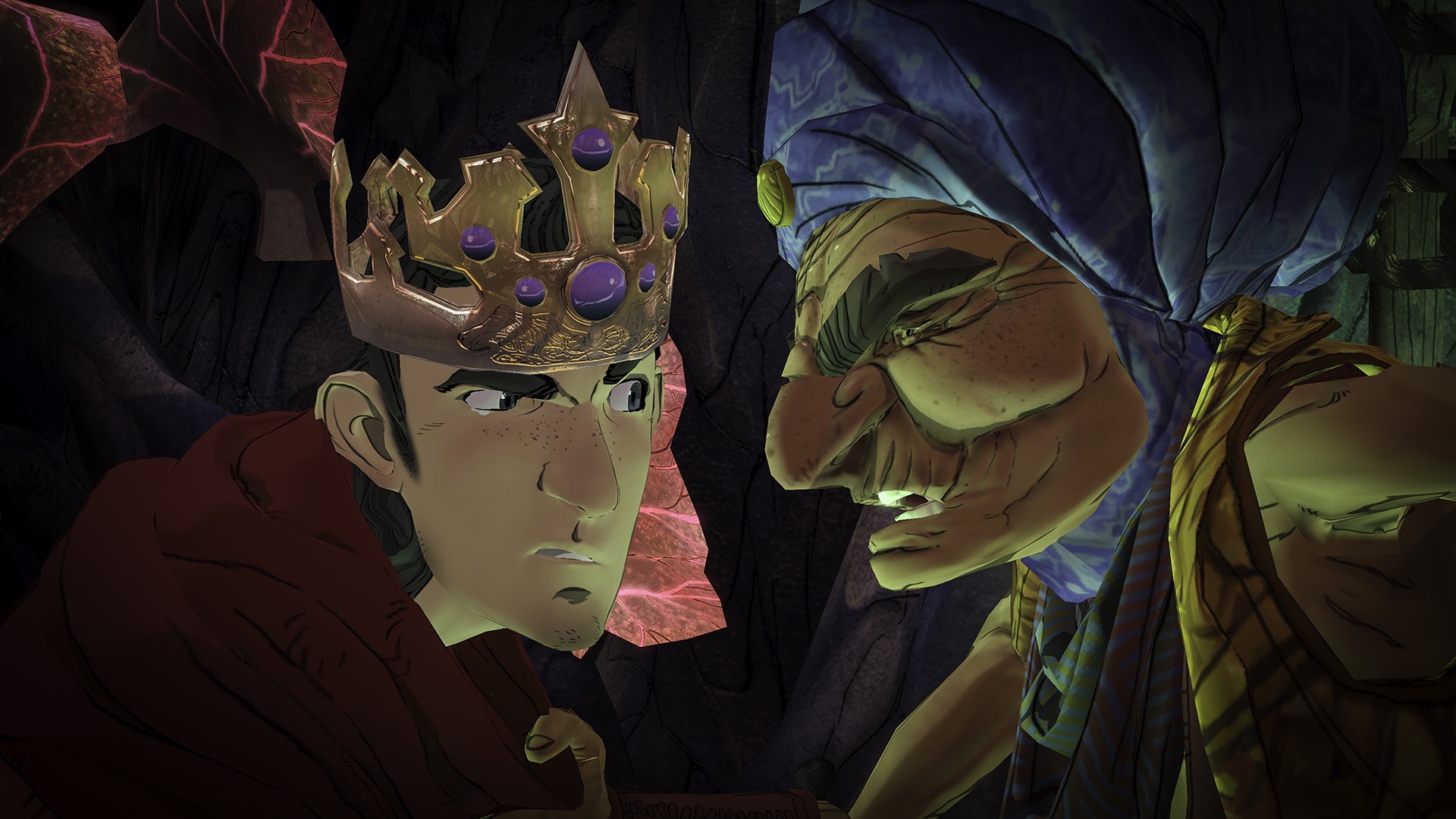 I really can wait to be king

The first episode of the newly minted King’s Quest series really took me by surprise. While I had been loosely following it for years, I never expected it to be one of my favorite games of the year. The cast, the animation style, and the touching storytelling were a cut above Telltale’s usual offerings, and as long as The Odd Gentlemen can keep it up, it may be on its way to becoming a new classic.

While the second episode isn’t quite as good as the first, it still manages to marry the wonderful cast of characters with some fun puzzle-solving mischief — except this time, the stakes are much higher. 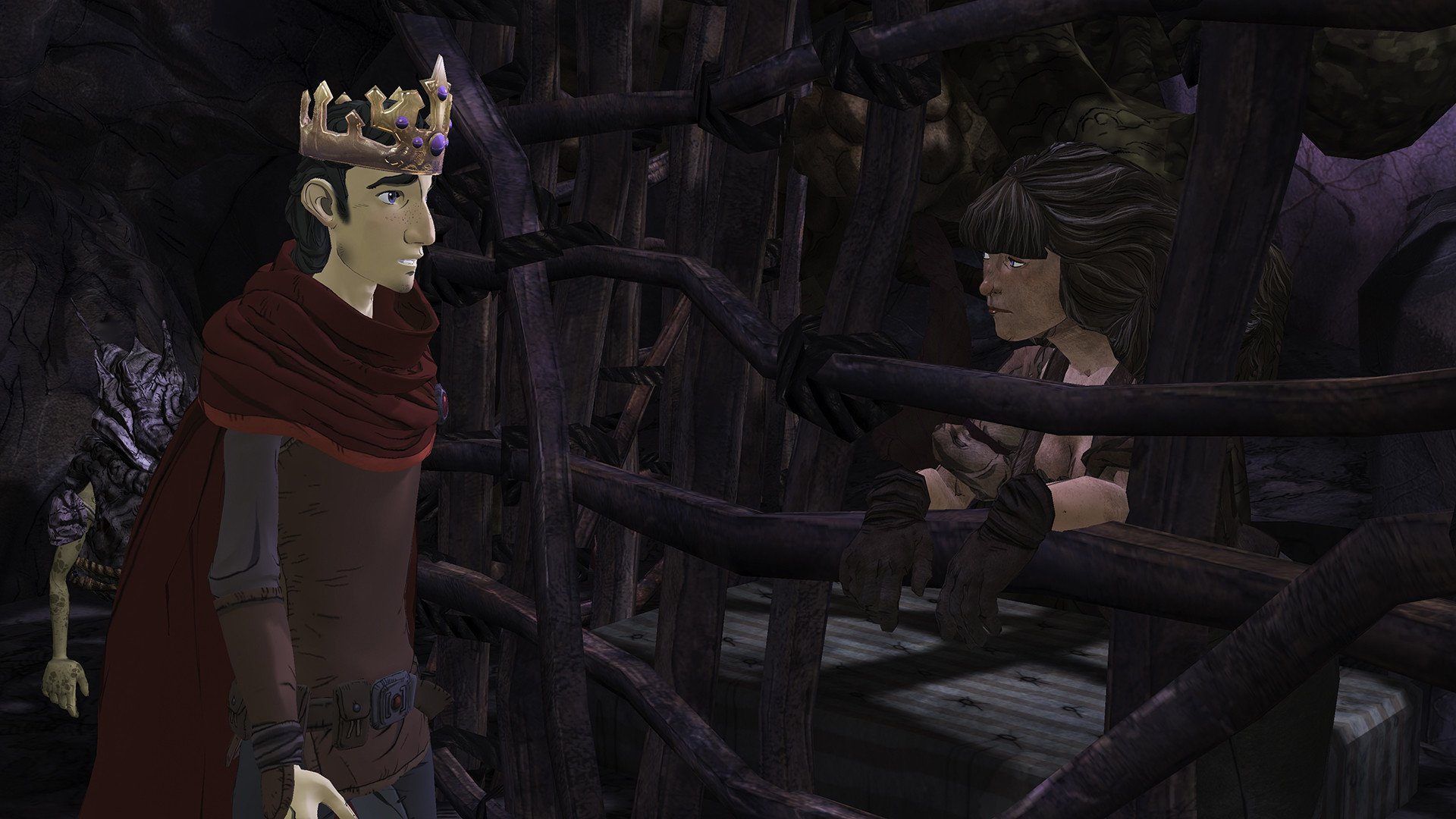 [No major spoilers are mentioned for the current episode, although events of previous episodes will inevitably be discussed.]

Rubble picks up some time after the first tale, after Graham has become king. He’s still the same lovable old rascal, but right from the get-go you can see the toll that his new responsibility has taken on him. Graham is chipper and the tone is still light starting out, but you can tell that the developers are slowly easing us into a more serious method of storytelling.

Without spoiling too much, Graham and a few members of his kingdom have been taken hostage by goblins, who reside in an underground kingdom. Given his height, he’s been tasked with a few daily chores, which allows him access to the tunnels, while the others are forced to rot in prison cells. As you can imagine, a few familiar faces return, but you’ll get to meet a few new characters as well.

What I love about this setup is that it feels connected to the first episode, but also maintains its own identity. You get to see Graham’s relationship with other characters grow in a meaningful way — even with many of his adversaries. While the goblins can’t talk, the animations are incredibly expressive (just like Graham) and full of life. For example, upon entering the dungeon, Graham is exhausted, walking around in a hilariously lethargic manner. After gaining his strength back his state will alter, as will the captives over time. The animation team really deserves a shoutout here, as they deserve to have a long career ahead of them.

In a stark contrast to the first episode, Rubble takes a decidedly more old school approach. You’re basically given a giant playground to roam around in, which is gated off by Graham’s own “strength meter.” It’s here that the aforementioned kingly choices will come in, as you’ll need to juggle the needs of three prisoners in addition to your own. If you eat — you can explore more of the cave — but you’ll risk having a member of your kingdom starve. It’s such a small, almost gamey thing (it even has heart meters), but since I already had an emotional attachment with these characters, it worked.

I was legitimately stressed out (in a good way) trying to keep everyone happy, while constantly divining solutions to secrets in my head. You’ll need to keep your wits about you too, as a few puzzles even had me writing down a few in-game events on paper. Again, it’s far more detailed than any Telltale game, without getting resorting to “pixel-hunting” and overly frustrating cryptic solutions. Also, if you didn’t enjoy the action sequences in the last episode, they’re basically non-existent here.

The art style is still stunning, and that Don Bluth feel is intact. The goblin’s caves also feel unique compared to the mostly above-ground setting of the first episode, and the scale is grand without being too overwhelming. Layout-wise, there’s basically a few giant wheels with several spokes — it’s enough where it will be helpful to remember rooms off-hand. In terms of quality of life updates, the entire package gained a skip button in this latest update, which is incredibly useful for repeating dialogue or events. I haven’t really noticed much carry-over from the previous tale, but choices made in Rubble that will impact future episodes are somewhat evident — plus, there’s a meta-narrative teased at the end. 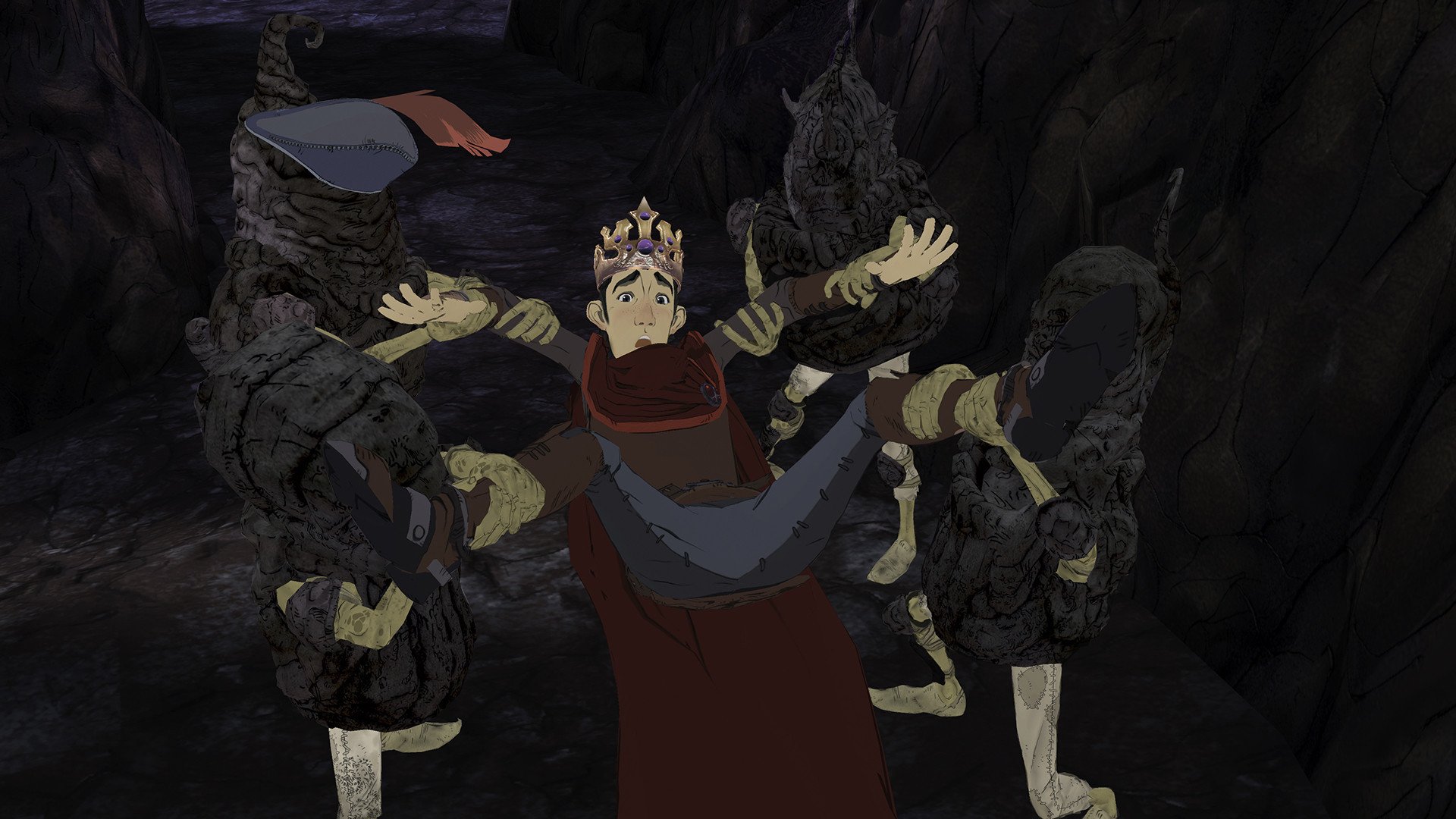 Second parts tend to be troublesome for episodic series, as they often feel like transitional stories that merely set the table for what’s to come. But with King’s Quest: Rubble Without a Cause, characters are growing right before our eyes with a subtle and effective tonal shift. The Odd Gentlemen also nailed the script, as it feels like a standalone episode that’s also connected to the episodic format as a whole. We still have three tales to go, but for now, I’m feeling pretty good about King’s Quest.