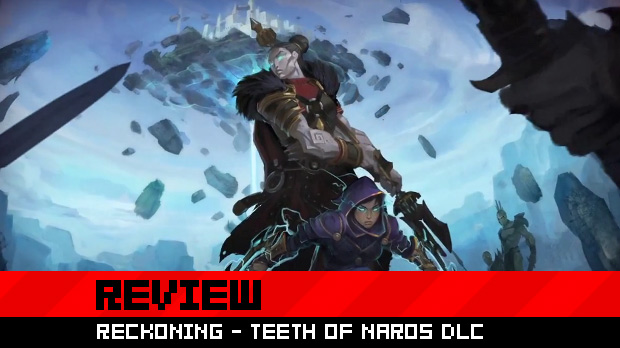 The second piece of downloadable content in the Kingdoms of Amalur: Reckoning saga has arrived to further pad your already ridiculous list of quests. The previous DLC, “The Legend of Dead Kel,” was a varied and fun adventure which experimented with adding some new features to the Reckoning formula.

38 Studios and Big Huge Games continue their experiment in the more traditional “Teeth of Naros” — a vastly more loot-heavy and straightforward expansion. 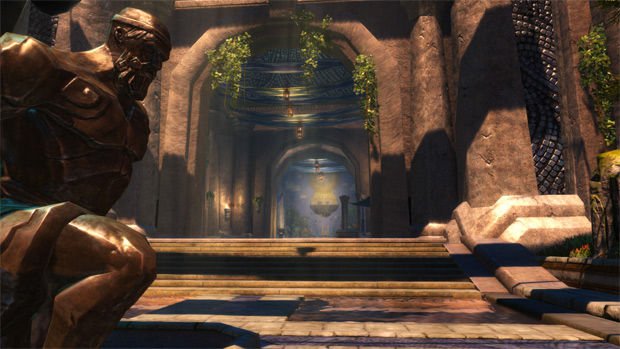 The “Teeth of Naros” story can be started relatively early on in one’s journey through the world or Amalur. Whereas “The Legend of Dead Kel” made players reach the city of Rathir — a mid-way point in Reckoning — before being able to embark on their new quest, “Teeth of Naros” can be accessed from the area of Ettinmere, south of your starting location in the lands of Dalentarth.

The Teeth of Naros (Naros is the name of a troll god) is a mountainous area, locked off from the rest of the world, where giants of all sorts reside. The Kollossae, a race of giant living Greek statues, had once split off from their other giant kin after surpassing them in cultural development, intelligence, and control over magic. Of course, not all is right in the Kollossae’s refuge, and only the Fateless can help them out. Again. 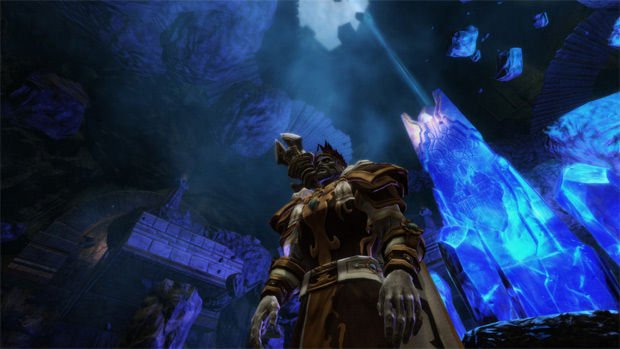 As stories in Reckoning go, the story of “Teeth of Naros” is better than most of what you’re subjected to in the main game. A tale of faith, fate, and the corruption of religious fanaticism, it’s an okay story even if almost all major events in Reckoning are more or less centered around the same themes.

The Kollossae had once built a city — Idylla — to be worthy of their god Ethene’s attention. Unfortunately, like the builders of the Tower of Babel, they tried to raise their city to the heavens before they were “ready,” and disaster has struck. This incomplete floating city is a hub with a few areas where the Kollossae reside, yet it’s strangely small for what is supposed to be a miraculous city made by giants.

Idylla floats above the lands of the Teeth of Naros, which hosts enemies such as bandit Kollossae, giant dodos called Pteryx, Jottun, and trolls. Compared to the island of Gallows End from “Dead Kel,” however, the Teeth of Naros is a bit of a boring area to explore on the surface. As a mostly circular area, you’ll spend about an hour or more running around and doing a few mop-up quests before you get to Idylla itself, but it’s your regular Reckoning fare of mowing through mobs. Slightly more interesting is the optional underground dungeon of Nerotelos, which offers some choice loot if you can make your way through its maze-like structure of stairs and jumps. 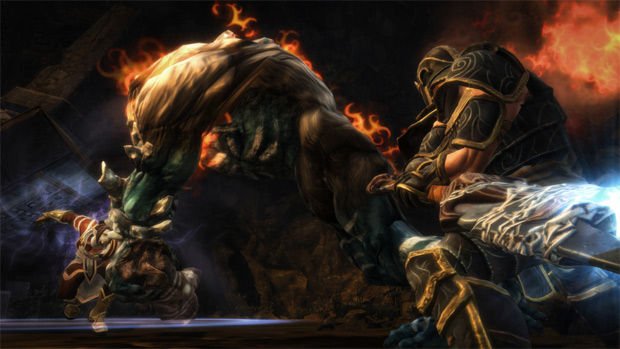 While the quests and stories in “Teeth of Naros” offer a decent romp for Reckoning fans — helped by a few small yet entertaining sidequests involving debates by force, and a general sense of complete and utter boredom that the Kollossae suffer from in their isolationist plight — the main draw for most players will be the new loot.

Within the first hour or two, you’ll finally find better items than what you could’ve found in both Reckoning and “Dead Kel” — the latter of which didn’t offer great loot to start with. Whether your destiny of choice lies with the sorcery, might, or finesse trees, the weapons, armor, and accessories that drop in “Teeth of Naros” are great. They’ll very likely offer an improvement over what you may have used before, although none of the new items or armor sets are going to beat a fully crafted set that gives you critical hits of three million damage. 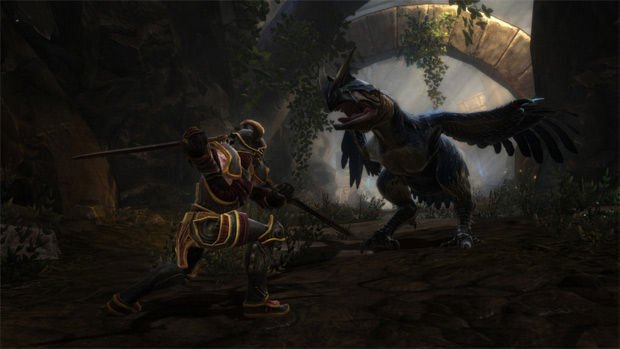 One major drawback of all the new loot is that there is no stash in the entire DLC area. You’ll find plenty of new set items, weapons, and other gear that you may want to put away for a future respec of your character, but the result is that you are just overburdened all the time. While you can warp to one of the cities outside the Teeth of Naros area and stash your gear there, it’s an annoying omission. A merchant will sell you a backpack to increase the inventory by 10, but the stash itself remains limited in size. It would have been nice if the stash was finally made to be infinite in size by this point, but alas you’ll still be stuck with scrolling through hundreds of scrolls, books, various quest items, and equipment of all sorts.

Just like in “The Legend of Dead Kel,” you’ll be able to continue questing after completing the main storyline in “Teeth of Naros” which is a nice touch of Reckoning‘s DLC, but these quests aren’t as good this time around. The handful of small sidequests on offer mostly involve fetch quests or running around a lot, and while a few of them are slightly funny, they are nowhere near as entertaining as building your own keep in “Dead Kel.”

It’s also a bit confusing what audience “Teeth of Naros” is targeted at. You can access the new content early on, but most of the loot at level 40 is better than what you find in the end-game with the same character level. I didn’t have a save game from this early in the game to compare how much the loot scales with your level, but knowing that you can find some of the best items in this piece of DLC, I would never even think of entering it before I reached level 40 again in another playthrough. Then again, what would you use the items for if you’ve already finished both Reckoning and “Dead Kel”? 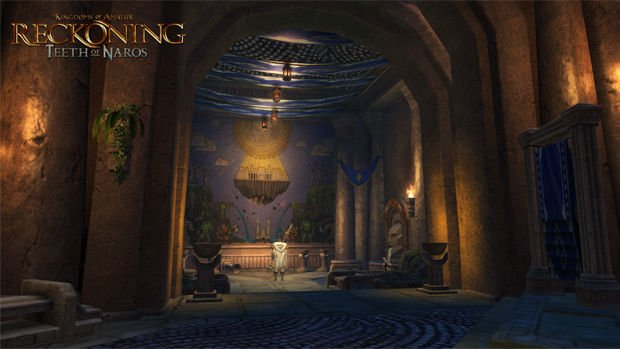 All that said, if you haven’t finished the main game yet, “Teeth of Naros” will give you a fun, focused distraction away from the primary conflict, and the Kollossae are a distinct race that still fits well in the world of Amalur.

Although you’ll spend nowhere near the promised “at least 20 hours” of time in “Teeth of Naros,” it’s not a bad adventure for Reckoning fans; just not a great one, either. The main storyline will take you around four to five hours if you take the scenic route and complete a few sidequests along the way, and after finishing the main story of the DLC, you’re looking at perhaps an hour or two of sidequesting, tops.

If there will ever be end-game DLC with more challenging areas for veterans players of Reckoning, perhaps the new loot in “Teeth of Naros” will make it worth picking up in preparation. Until then, this is a piece of DLC reserved for either the most die-hard of fans who just can’t get enough, or for players who need the distraction and change of scenery before they finally finish the core game.