Killzone: Shadow Fall was a respectable launch game. It showcased the power of the nascent PS4 with scintillating visuals, and paired its aesthetic beauty with a competent campaign and sound multiplayer component.

The shooter wasn’t exactly a revelation, but the glossy sheen, at the very least, provided a fine entrée to the new generation. It’s been nearly a year since then, and Guerrilla Games has kept the lights on with a myriad of alternations and enhancements, the most recent of which has arrived in the co-operative expansion Intercept. 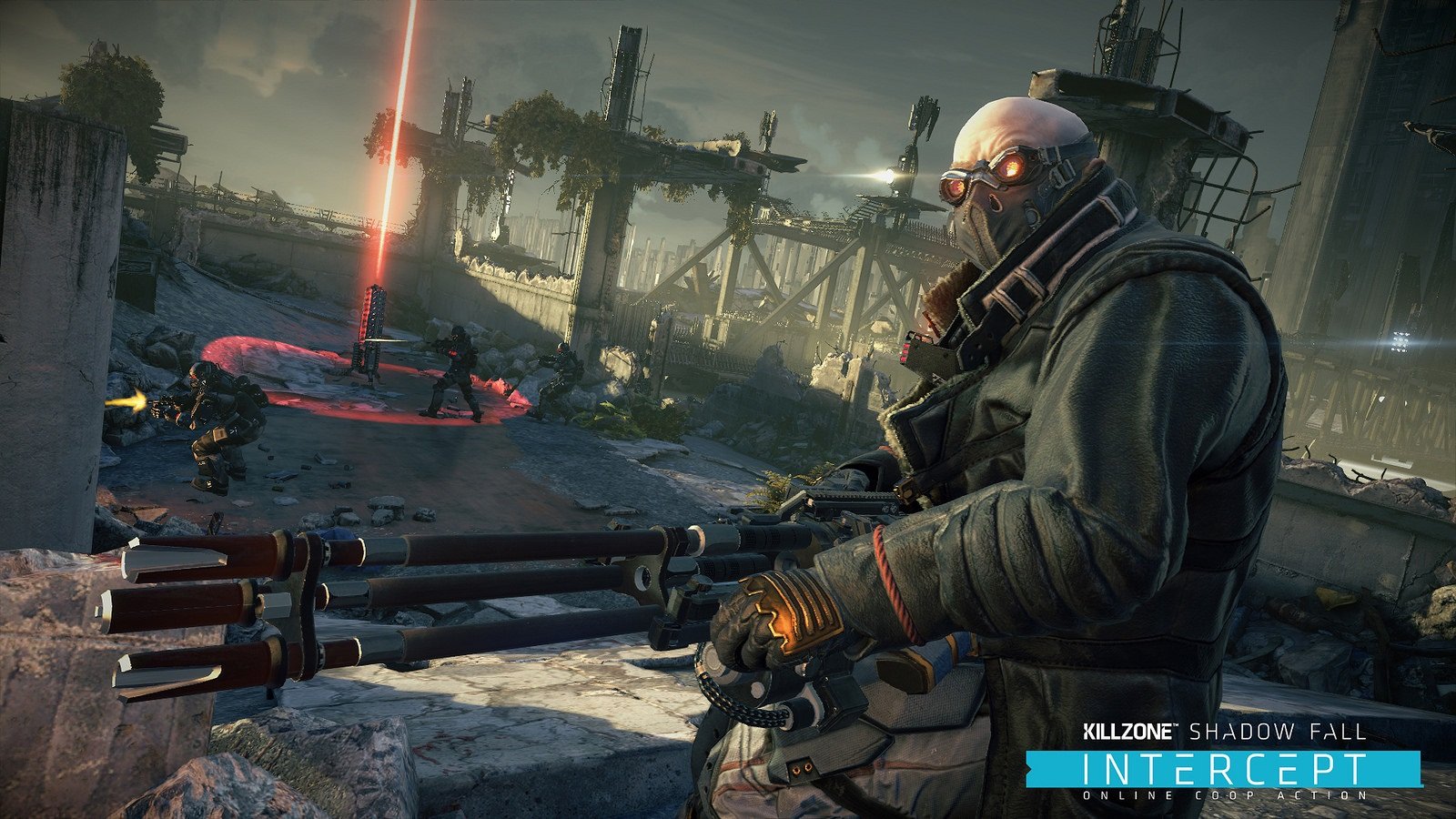 Intercept is essentially a horde mode wherein you and three squadmates must hold down an outpost as waves of enemies crash against your defenses.

Teamwork is key to success in staving off the threat, as players attempt to stockpile enough points to achieve victory. This is done by downing foes, supporting allies, and recapturing beacons from enemy control (more on that later).

There’s a catch, though. Points must be banked back at a central base to count toward anything. It’s entirely possible to get cut down by a squad of Helghast soldiers whilst en route to cash in your chips. Deciding when to liquidate your funds, though, that’s a calculated game of risk and reward.

A timer is constantly counting down, encouraging players to hold out until the clock strikes zero. Waiting until this moment to deposit your stash will level up a multiplier that impacts scoring. It’s a compelling gamble that adds to Intercept‘s intensity, as swarms of Helghast steadily bear down on your position, and you weigh securing objectives against helping an imperiled teammate and trying to stay alive.

Staying alive is important, as respawning cannibalizes your team’s overall score. Once that score hits zero the game is basically over, meaning working together is of the utmost importance. Each player is given a different skillset, including a close-quarters assault trooper, a long-range specialist in the marksman, the defensive-minded tactician, and a support-oriented medic with healing, reviving, and supplying abilities.

It’s imperative that players know their roles, as the medic or tactician will get torn to pieces in a headlong firefight, but are indispensable to the team’s success. These classes are also great, because they give folks who may not be first-person shooter experts an opportunity to contribute to their unit’s success.

While fending for life, players need to control three beacons scattered across the map in a triangle configuration, lest risk seeing the team’s overall score dwindle to oblivion. When doing so becomes too stressful, petrusite fuel rods can be inserted into a computer back at your bunker, which activate fun bonuses like mortar strikes, jet packs, miniguns, or turrets. 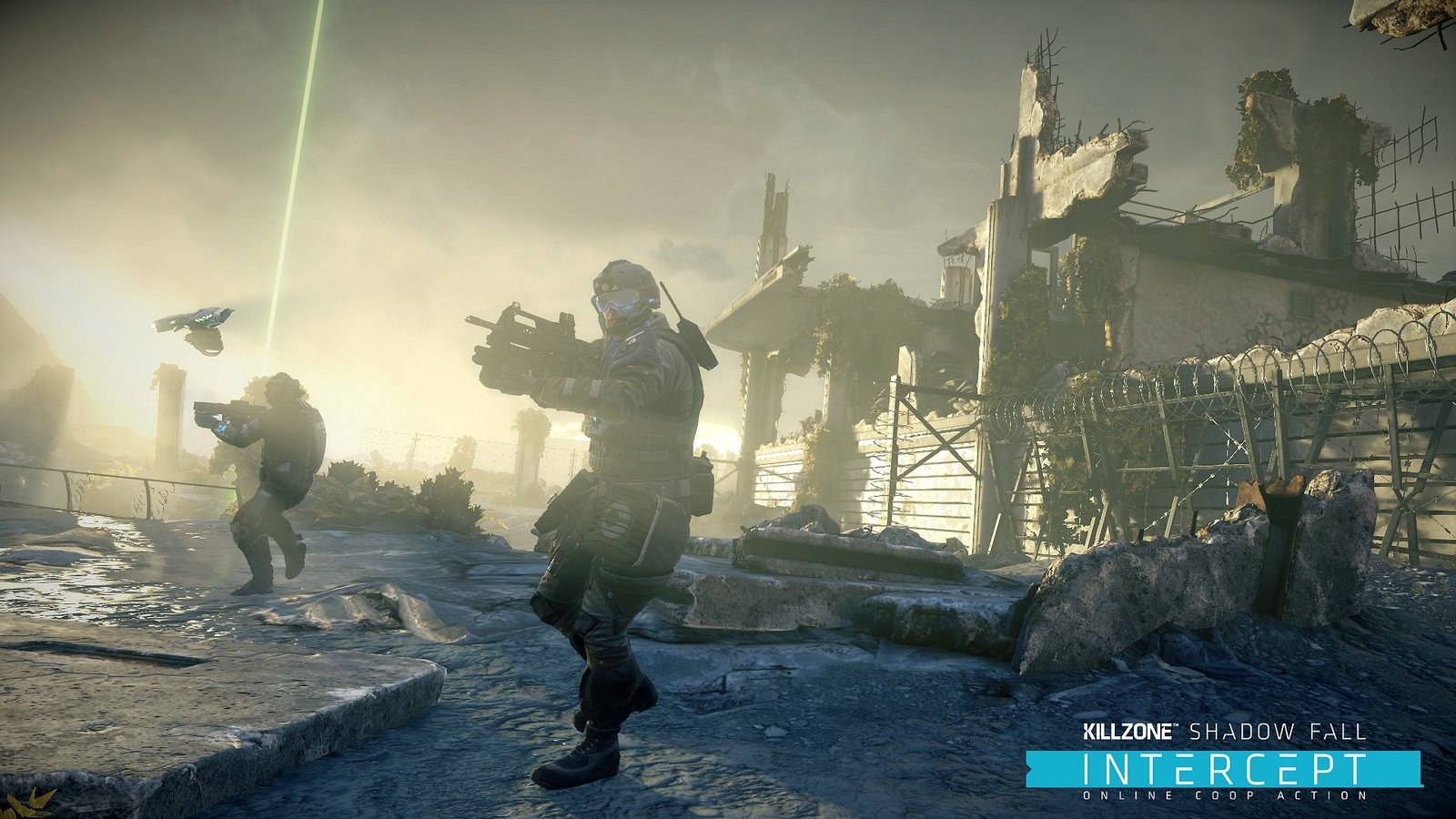 It’s typically a dynamic and engrossing experience, but could use a bit of tinkering in the overall difficulty and balancing department. Waves aren’t based on time; rather, they seemingly just happen at random  intervals. This means some matches can be spiritless affairs, while others will have you sweating bullets. And your mileage may vary based on the caliber of your teammates.

Intercept is a surprisingly enjoyable experience that entwines havoc, synergy, and drama into a lovely bundle. It’s a tad repetitive and light on content, though, so I certainly hope Guerrilla Games continues to support the expansion as it nears the standalone release.