Not quite mondo enough

What do an assassin with multiple personality disorder, an otaku warrior, a foul-mouthed demon hunter, and a chainsaw-wielding cheerleader have in common? Why they’re all creations from the legendary Suda 51 of course! For quite some time, Suda has been gracing us with some of the most interesting characters and worlds in all of gaming, despite the technical shortcomings of each title.

The newest assassin to join the pantheon of insanity is Mondo Zappa, but his contributions aren’t quite up to par with his predecessors. 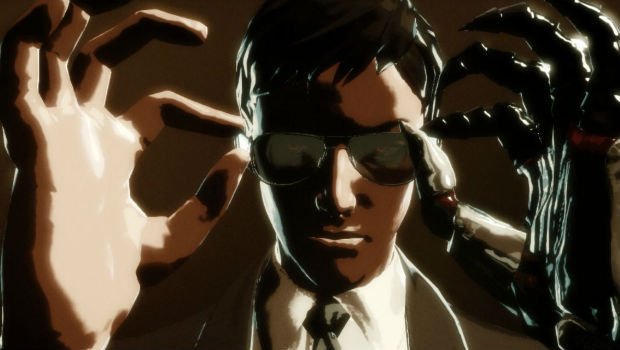 In Killer is Dead‘s not-so-distant future, travel to the moon is readily available, cybernetic augmentations are commonplace, and monsters, demons, and those who seek to control the occult run rampant. The core conflict centers around an organization named the Bryan Execution firm who will kill anyone for a price, and a mysterious man on the moon named David — a villain with a golden codpiece that would make David Bowie green with envy. It kind of just goes from there, often taking a few detours before veering back on course to the Mondo vs. David-centric tale.

While this seems like a solid-gold setup, the mixture of all of the aforementioned themes on top of the assassin storyline, Mondo’s internal struggle and past, and the James Bond-esque elements of an international man of mystery traveling the world result in a rather jumbled mess. Characters plant the seeds of intrigue, but never truly follow through, instead relegating themselves to a more ancillary role to Mondo’s internal struggle. It wouldn’t be a major issue if Mondo himself were a compelling character, but he’s really not.

All of this crescendos into a twist that isn’t terribly exciting, a final level that plays out exactly like a previous stage in the game (but with a new enemy layout), and a conclusion that operates just as you’d expect. Unlike Suda’s past work which really stands on its own, Killer is Dead almost requires a sequel just to flesh out the cast and make Mondo a bit more interesting.

Whereas Shadows of the Damned or Lollipop would bust out the occasional Evil Dead or Ghostbusters reference here and there, Killer is Dead is more of an indirect homage, and it doesn’t have quite the same endearing feel. It’s not like Suda should be forced to constantly bust out reference after reference, but without any sense of intrigue, the “dark” thematic elements lose their luster.

Thankfully, Mondo’s combat capabilities make all of the above issues less of a deal-breaker, as it’s one of Suda’s best action achievements yet. At first, you’ll only be able to use regular attacks, and you may feel disappointed in the mash-heavy feel of the game combined with the poor early enemy AI. But shortly into the game you’ll earn the ability to guard break with your cybernetic arm, block, dodge, heal, morph your arm into a drill and arm cannon, and so on. 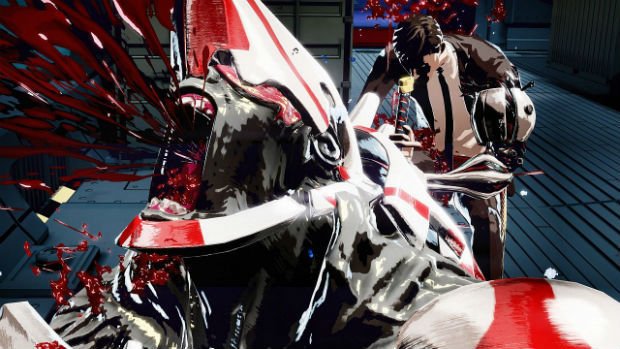 Mondo may have the ability to block lesser attacks, but the vast majority of the time you’re going to want to go for the more rewarding dodge ability. Dodging enacts a time-slowing effect similar to Bayonetta‘s Witch Time, allowing you to let loose for a few seconds by mashing the attack button. You can customize Mondo with in-game currency similar to the classic Devil May Cry series, granting him new moves and abilities. A “blood” meter functions similar to an MP gauge, and allows you to heal, use abilities, and also doubles as your sub-weapon ammo.

You’ll also be able to execute enemies while maintaining a high combo, which lets you choose which power-up you want to extract upon killing each enemy. On higher difficulty levels, all of these concepts must be used with surgical precision to get through some of the tougher areas, which can feel extremely rewarding. To be clear, combat isn’t really that deep as attacks are primarily focused around one button and dodging, but it’s fun all the same.

You’ll put these abilities to good use against the “Wires,” — the demon-like creatures that fill up the vast majority of the game’s stages. Wires can vary from unarmored simpletons that can have their head blown clean off with one shot of your arm cannon, to ninjas and samurai, to giant armored ogres that must be decapitated. They get the job done in terms of offering up strategic diversity, but the designs themselves feel a bit too similar, to the point where you’ll get sick of them about halfway through.

The game’s humanoid combat sessions are by far its best work, but sadly, the truly memorable fights are few and far between. Unlike No More Heroes, which has you constantly excited to find out who the newest assassination target is, Killer is Dead rarely feels that compelling. 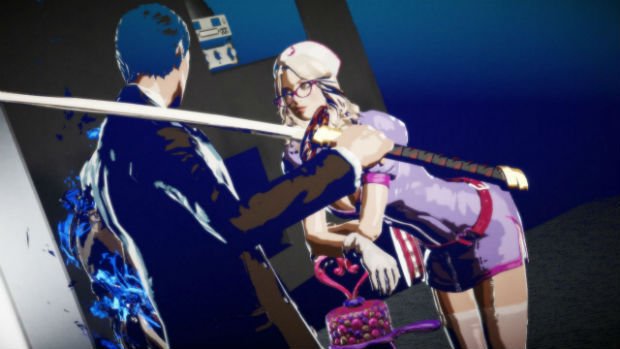 The tenuous “contract” setup strings together disjointed missions, many of which feature some of the exact same layouts within themselves, and generic Wires to beat up on. Additionally, a select few levels are mere minutes long, and spring you into combat with foes that aren’t introduced, explained, or contextually relevant — and irrelevant in the fun, comedic sort of way. In short, the mission structure isn’t edited or planned particularly well.

While Killer is Dead may not push the current generation of consoles visually, I’m a huge fan of the style itself. There’s an almost ghastly, mystical element to the art design, often times accented with motion blurs, buckets of blood, and smooth, neon colors. While the characters themselves aren’t usually interesting, their designs are unique and memorable. The musical arrangement is similarly excellent, and offers up a solid mix of rock and jazzy tunes that were stuck in my head hours afterwards.

As you’re playing through the story, “Gigolo Missions” occasionally appear on the level-select screen. To be blunt, you’re basically going on virtual dates with the women Mondo encounters during his travels, and they operate similarly to the creepy camera levels in Metal Gear Solid: VR Missions. They’re super easy, as all you have to do is stare into your date’s eyes while they’re watching, look elsewhere when they’re not, and give them presents occasionally. 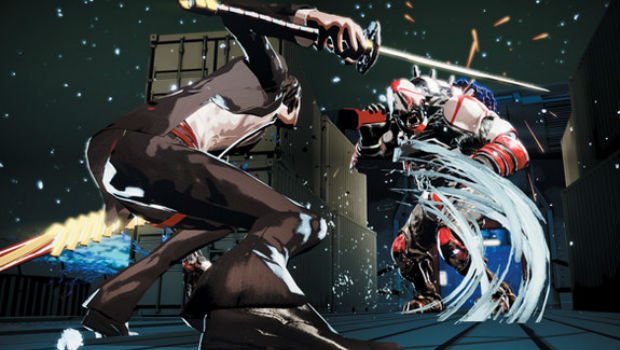 The scenes themselves aren’t explicit and don’t show “the act,” but some people may have a problem with the voyeuristic nature of them. While they are technically optional, they grant you huge bonuses like most of your sub-weapons, so it’s in your best interest to do them. If you mess up and stare at them too often while they’re watching, your date might spill coffee on your dick. No pressure.

As a typical action game, Killer is Dead will last you anywhere from 5-10 hours, depending on how often you die and how many side missions you do (of which there are a fair amount). After you’re finished with the very last mission you’ll be able to go back and replay every level at will on any difficulty level — including the new Very Hard mode — which is a nice touch. If you’re an action veteran you will want to start on Hard right away, as I only died three times during the course of the Normal campaign.

In the end, you’re left with a slightly quirky Japanese action game that felt like it could have come from any number of developers. The action isn’t truly technical but it works, and the cast and narrative don’t have that Suda quality charm, but they’re interesting enough to compel you to keep playing. If you’re a pure action fan, this is just another game to eat up — for everyone else, there’s not a whole lot for you to enjoy in Killer is Dead.

Filed under... #Killer Is Dead#Top Stories