Kholat is based on the Dyatlov Pass incident, which is arguably one of history’s greatest mysteries; nine hikers go missing and are subsequently found dead in the snowy Russian mountains.

The hikers had cut their way out from inside of their tent, and ran off into the wilderness in just their underwear. When their bodies were found they showed no signs of struggle, even though one had a cracked skull, and another was missing her tongue and eyes. Stranger still were the high levels of radiation found on the clothing of two of the corpses. 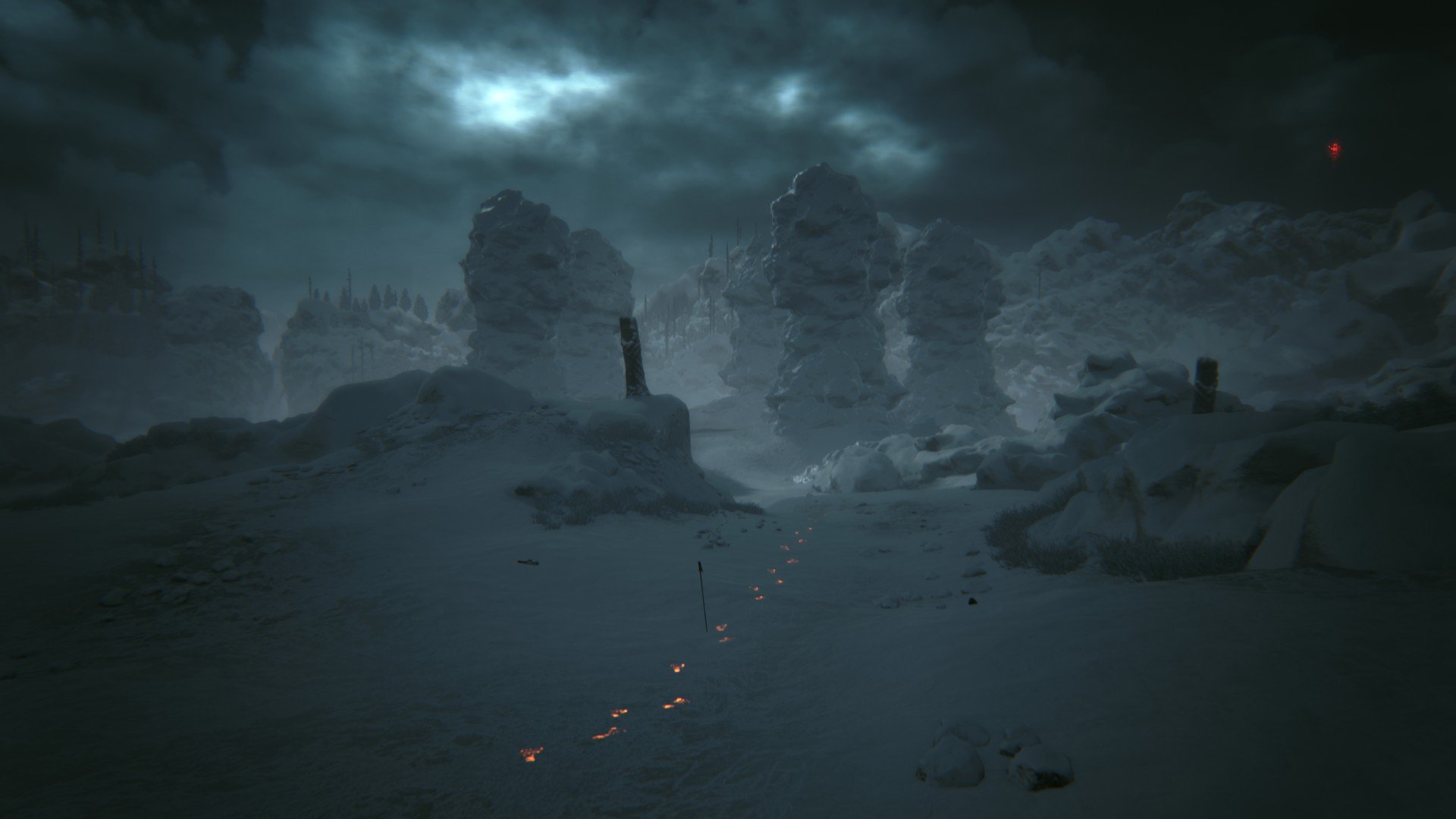 Picture this: You’re famous Hollywood actor Sean Bean and you’re investigating the deaths of nine hikers while stumbling around Russian mountains and collecting letters and pages from their journals. Now picture that as a game and you have Kholat.

It would be easy to write this off as another Slender clone, as part of the formula is the same: you walk around finding pages, while occasionally having a run in with a shadowy figure. What sets Kholat apart is that the ghostly figure isn’t constantly chasing you, and every page discovered delivers another piece of the story, be it via text or top-notch voice acting.

Kholat plays out in three acts, of which the second is the main meat of the game. Act Two takes place in the snowy mountains where the hikers met their demise. You’ve got a map with key locations listed in longitude and latitude, a compass, and a flashlight. The goal is to visit each of the nine marked locations to discover key pages to give insight on what exactly happened to the hikers. 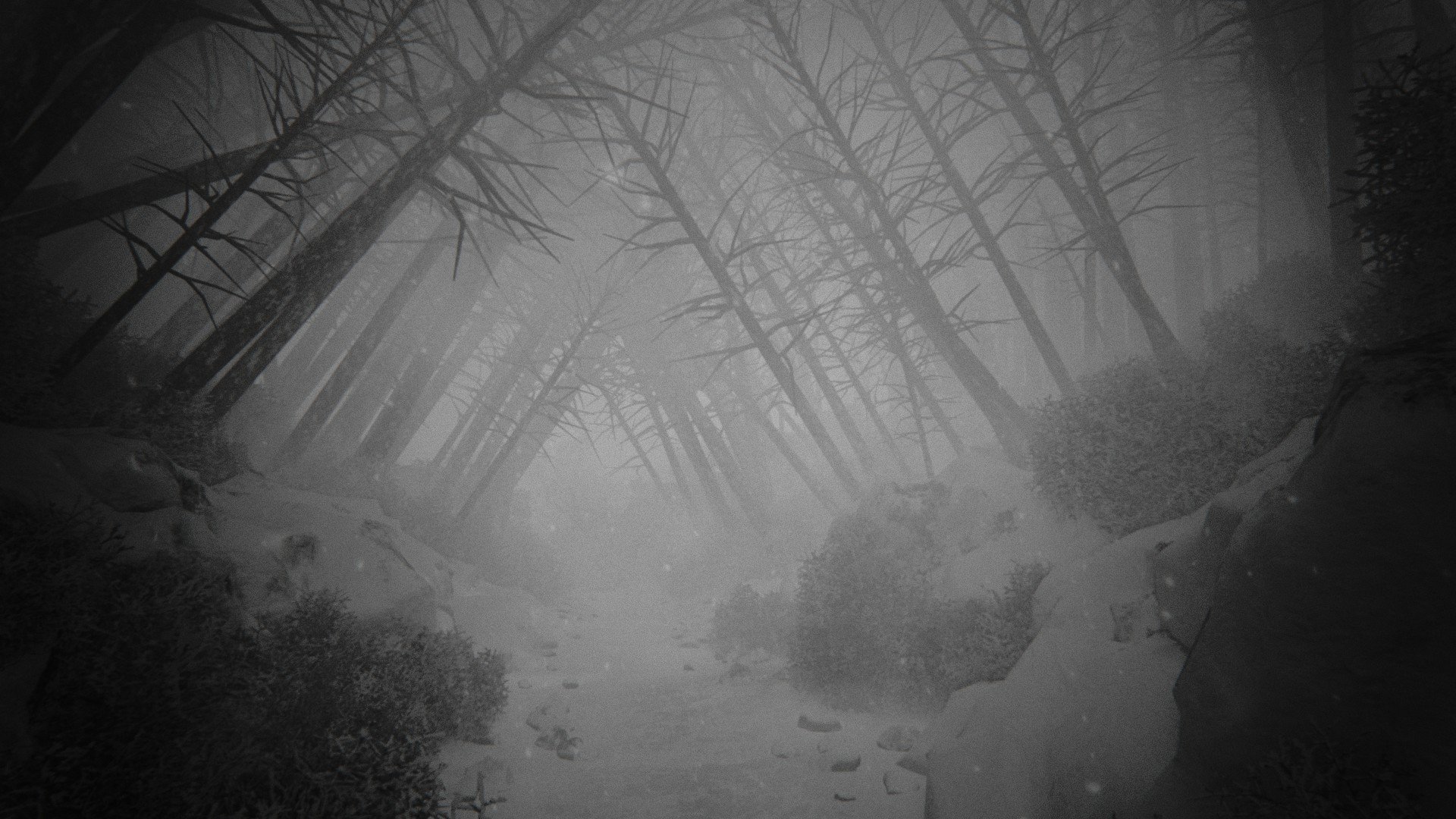 While finding the nine main locations is the overall goal, many other pages can be found throughout the mountains that provide tidbits of information into what happened there. The game saves each time a new page is found, which gives some incentives to find them other than just experiencing the story, as you may find yourself dying often.

Gaseous orange shadows will show up in certain areas of the mountains mostly requiring stealthy movement to avoid, though at times running is the only option. Scripted events occur where orange clouds start to close in around you, and a nearby page must be found before the monsters within can take your life, though these are few and far between.

If you’re like me, you’re going to get lost a lot. Turns out when everything is covered in snow, it looks very similar, but at least Kholat is easy on the eyes. There are some varying locations, from caves, to a charred forest, to a giant spooky tree, to a throne of bones. Each one is a unique and memorable set piece where something important is to be discovered. 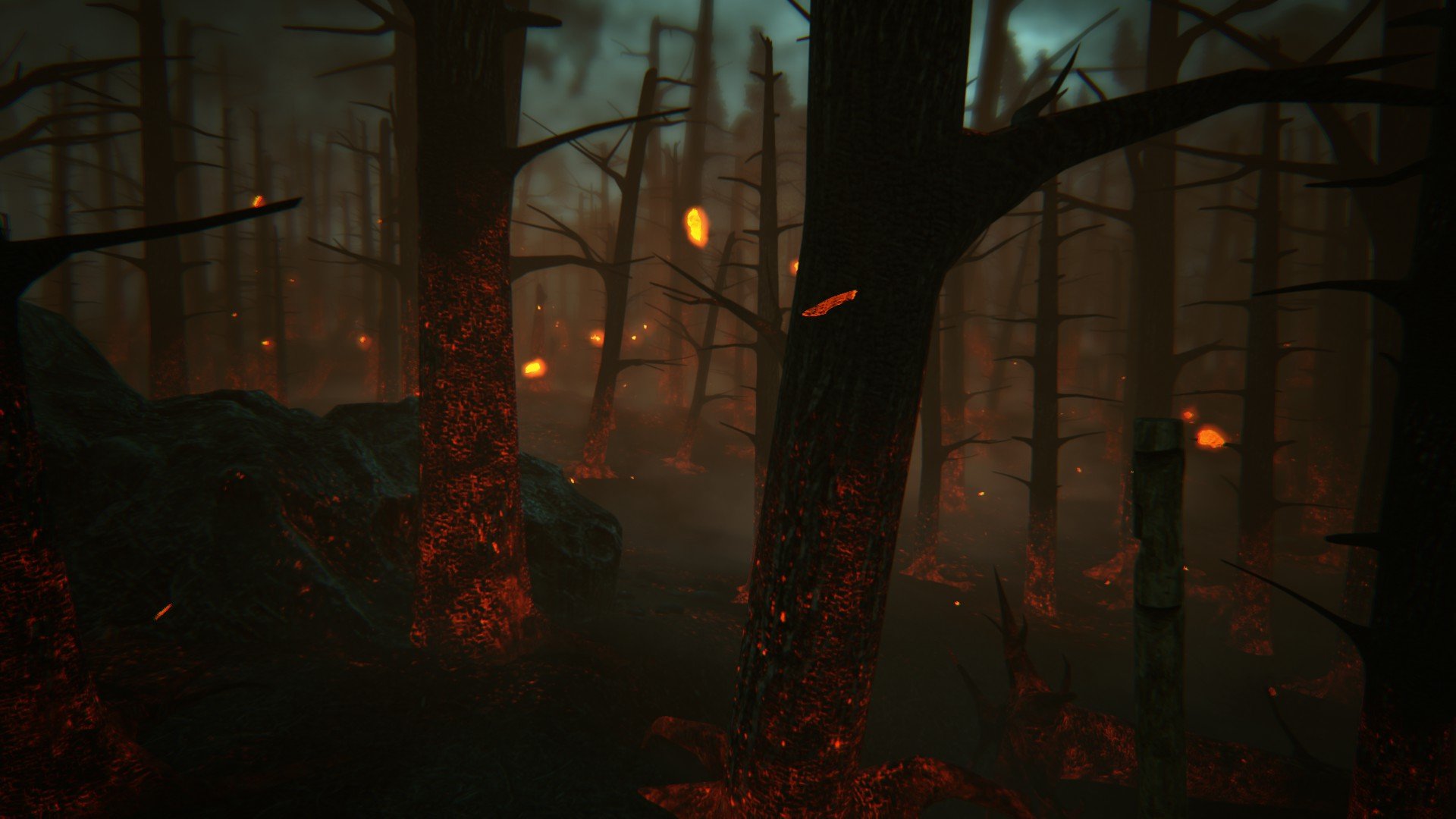 The voice-acted pieces of the story are very believable and chilling. While some pages you’ll find just read like generic journal entries, others are downright horrifying thanks to a well written and acted script. There are various people writing the pages, providing different perspectives on what happened on the mountain over time. Unlike many games with collectible journals, I find these actually worth seeking out.

Little to no directions are given to the player — you’re just dropped into the world and expected to figure things out on your own. It wasn’t until my second play session that I realized the locations marked on the map were of importance. After figuring out proper use of the map and compass, it was easy to complete the game in just around four hours, which felt a bit light for the asking price of $20, considering most of your time will be spent looking at snowy rocks. Overall an enjoyable experience that has a fantastic presentation but just lacks much depth in gameplay.