This world is not my home

If the movie Inside Out taught us that sadness is a necessary and complex emotion, Kentucky Route Zero is that idea’s logical endpoint. The three acts released up to this point have been sublime, presenting a world and characters mired in a deep melancholy. Nothing that happens in the game is particularly tear-jerking or intense; Kentucky Route Zero is just sad. It’s not an inescapable sadness — rather, it’s the kind that is usually bookended by some kind of peace. There’s light ahead of you and behind you, but you need to make it through the darkness first.

I’m on record as a staunch proponent of the game’s first three acts. I replayed them in preparation for this review, and I still get full-on chills from the scene in the forest, or the song in the bar. Kentucky Route Zero is a high watermark for games as a storytelling medium, incomplete as it may be.

There’s still plenty of time for the finale to screw everything up, but for now, Act IV is a beautiful experience — a tremendous continuation of what came before and a singular work devoid of context. 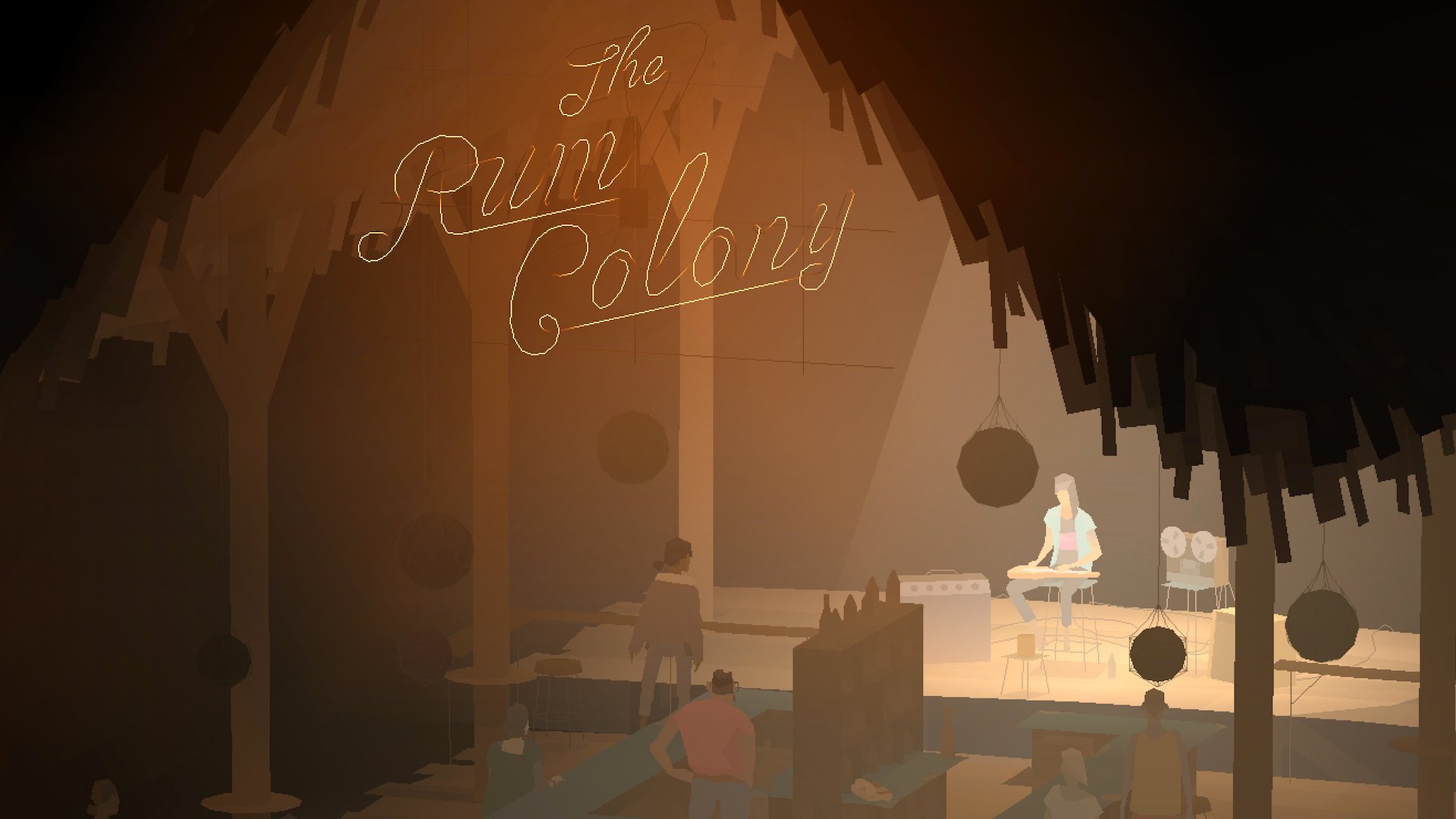 [This review contains spoilers for the previous acts.]

I’ve always been enamored with Kentucky Route Zero’s tone. It feels like the game takes place in a depressed version of Silent Hill; an unnatural world, but more curious and self-reflexive than actively harmful. Personal strife is exacerbated in the Zero, but that’s because of this world’s lax rules. The game even makes the word “Zero” look unnatural, like dark clouds are passing over that one part of the subtitles.

Just because the game isn’t overtly happy doesn’t mean it’s actively oppressive. Kentucky Route Zero has made peace with its depression, offering regular moments of levity and hope. Even characters in bad situations aren’t too bothered about where the current of life has dumped them. The game’s intimacy forms a sort of coziness, but the underlying sorrow makes the coziness feel like curling up underneath the blankets on a cold day after you’ve come to the realization that your partner is about to dump you. For weeks, your relationship with them has been distant and you can almost see the months of loneliness ahead of you. But that comes later; for the moment, you feel warm and that’s the only thing that matters.

Every character is struggling with a form of loneliness, some more successfully than others. Shannon (the real protagonist, despite Conway taking up the majority of the player’s time until Act IV) is constantly reminded about her ambiguously dead cousin. Conway’s oldest friend is losing her mental faculties, and she will inevitably forget he exists. Ezra’s parents left him at a bus stop. Even Junebug and Johnny, characters defined by their relationship to each other, are lonely in a pair. No matter what dialogue the player chooses, there is no escaping this subtle isolation. 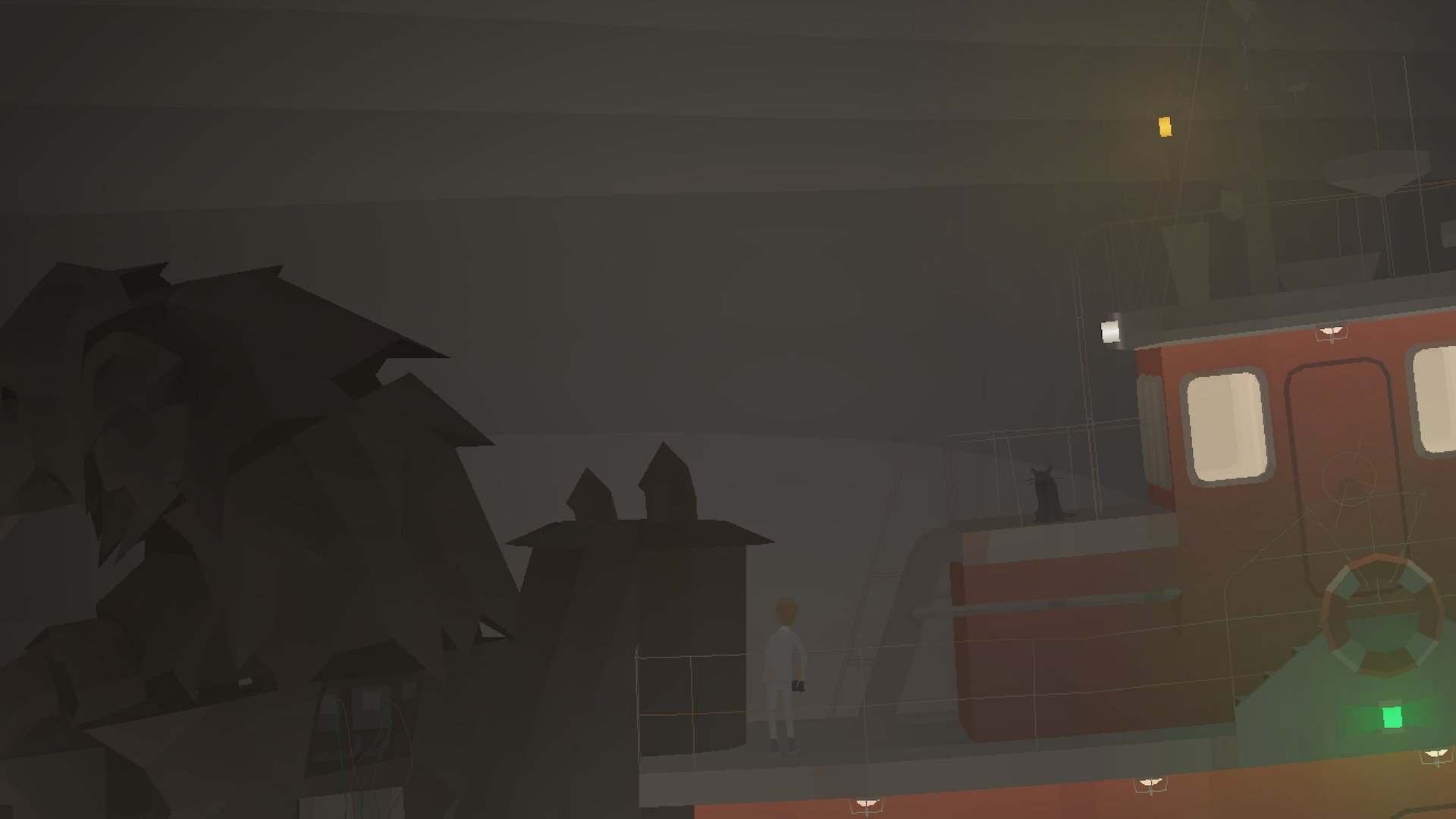 At best, characters are looking to escape from a state of malaise. At worst, they have essentially fallen before their personal ghosts. In the first act, Shannon asked Conway if people can be haunted; Act IV offers a fairly definitive answer. The use of the word “ghost” in lieu of the more popular “demon” is a fine example of Kentucky Route Zero‘s precision. New cast member Will’s slipping memory isn’t a nefarious tormentor — rather, it’s something he has to live with. Not every problem is a horrible curse to be overcome. Some things can’t be fixed, and it’s our job to make the best of a bad situation.

Will’s gradual amnesia plays into Act IV underlying theme: memory. Act I was about the inescapable past, Act II was about social performance, and Act III was about debt (both metaphorical and literal). When Kentucky Route Zero examines a heady concept, it chooses to do so through the oddball inhabitants of the Zero, rather than slamming you over the head with on-the-nose dialogue. When Conway talks about how his boss Lysette will one day forget him, it doesn’t feel like Kentucky Route Zero is forcing that conflict for the purpose of forwarding a theme. Rather, it’s a character beat that fits the tone, which also fits the game’s themes.

There’s an extended sequence around the middle of the act (it’s worth noting this is the longest act to date) where the characters make a pit stop on their journey to participate in a university-funded human memory study. The sequence is framed as a flashback presented entirely through security cameras, with unseen researchers commentating on the group’s actions. 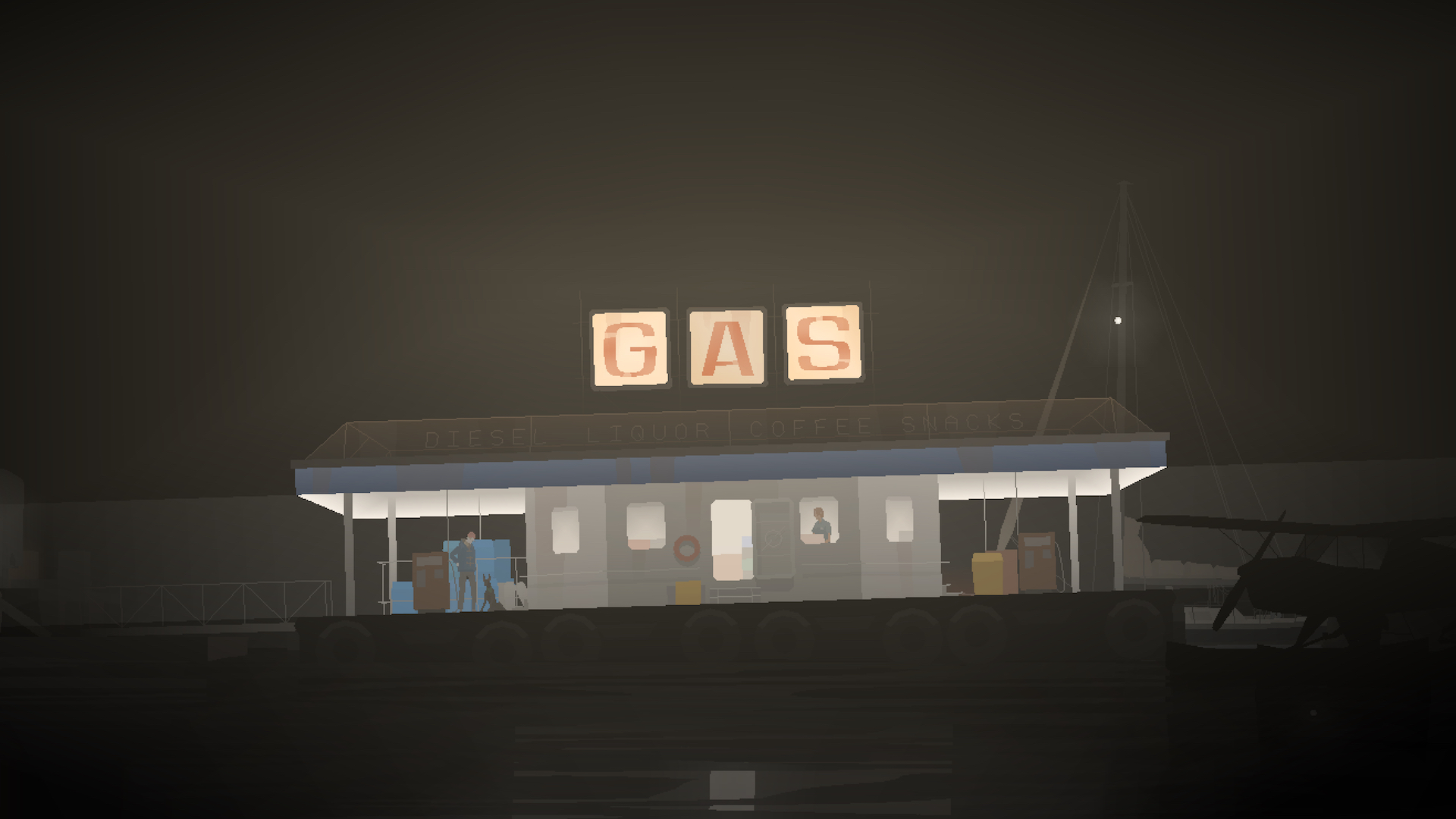 It’s a clever diversion on its own, but when the researchers occasionally make off-hand comments about Shannon’s cousin and the boy Conway blames himself for losing, it takes on another dimension. To these unseen voices, nothing the player has done matters. You haven’t solved the mystery of Weaver’s disappearance, Charlie isn’t coming back to life — in fact, one of the researchers even dated Charlie in college and it only comes up as an afterthought. Nothing we do matters, and we’ll be lucky if we end up as an offhand topic in somebody else’s conversation. On the surface, it’s a bleak scene. But the dogged persistence of the protagonists to move forward (emotionally and literally) helps mitigate the gut punch. Obsolescence brought on by death is okay if you’re okay with it.

Structurally, the game has almost completely ditched the previous driving mechanic in favor of narration from Will. The group is taking a ferry through the rest of the Zero, still trying to reach Dogwood Drive and finish Conway’s last delivery. The ferry makes occasional stops — for gas, food, a telephone where Will listens to people recount their earliest memories — and the player is occasionally given the choice between two parallel stories. I took every opportunity to follow the characters I had been following, often eschewing the newer members of the cast. That’s not a knock against the new characters, mind you! I’ve just become heavily invested in the story presented thus far, and I want to see as much of it as possible.

Although I have a fairly solid idea of how the story could possibly end (Junebug and Johnny have an IOU from the group that has Conway’s debt? What a coincidence!), I’m more than happy to watch the game take its time getting there. I really do enjoy these characters, and I can’t get enough of the world they inhabit. 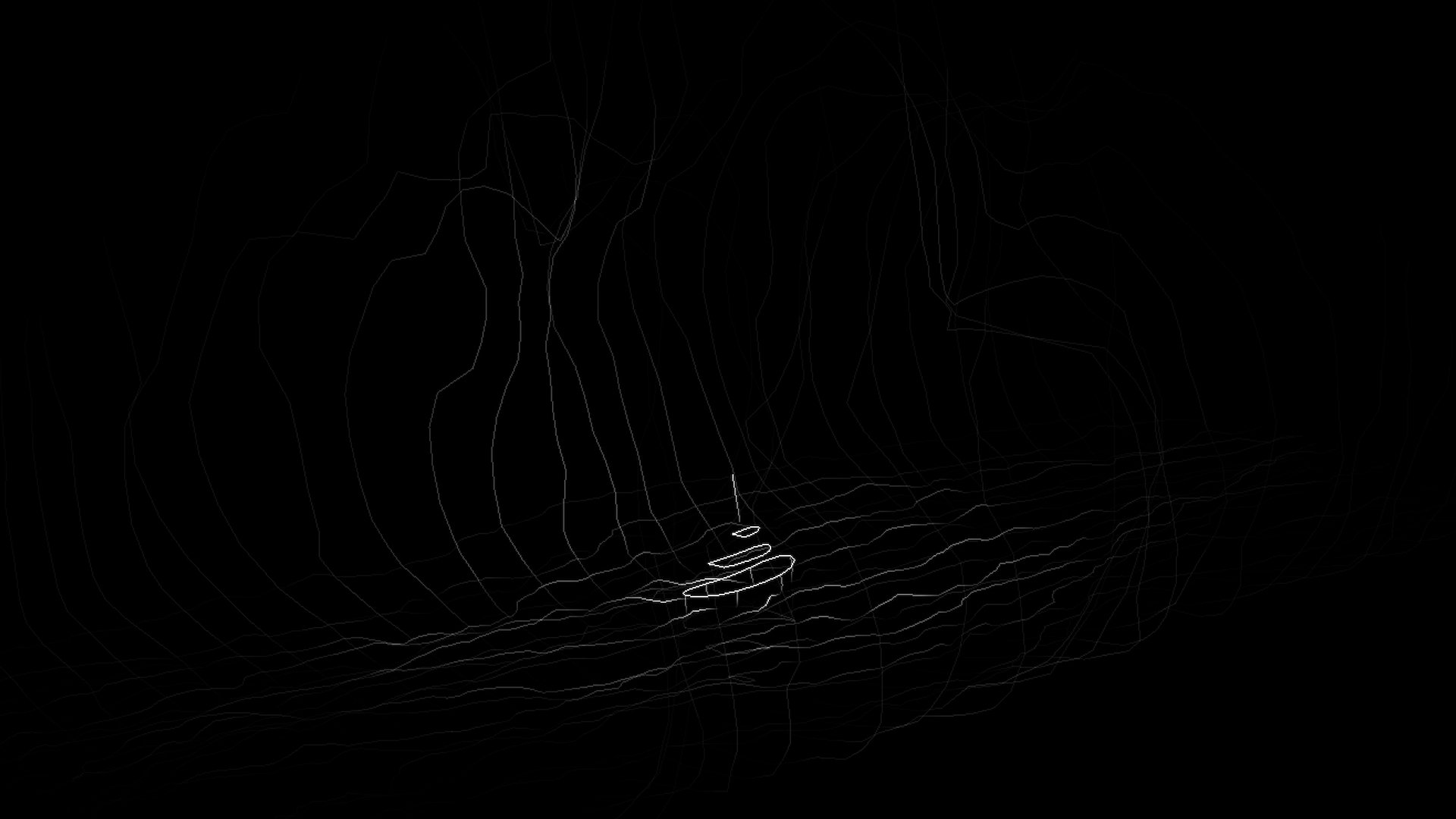 There’s so many great moments in Act IV that I don’t want to spoil, but if you found the first three acts emotionally resonant or even mildly entertaining, you will thoroughly enjoy this further exploration of the Zero. There’s a particular scene outside a floating diner that echoes the walk through the woods that closed out Act II, reinforcing just how crucial Ben Babbitt’s soundtrack is to Kentucky Route Zero‘s rich atmosphere. Babbitt has tapped into a rare vein of Johnny Cash-esque depressing spirituals, switching between melancholic ballads and ethereal backing tracks as the scene demands. The soundtrack is simultaneously weird and familiar, just like the Zero itself. (It’s also free with every copy of the game, which is great.) Babbitt’s compositions for Act IV are unquestionably his best. Although the solo “Long Journey Home” and “Too Late to Love You” remain the series highlights vis a vis needle drops, that does not lessen the weight of the aforementioned diner scene.

Once again, for the third consecutive year, Kentucky Route Zero‘s aesthetic and direction hit their targets with aplomb. The world of the Zero feels handmade, meticulously crafted by a child who grew up watching David Lynch films. Also, it’s not often that I talk about the way a video game is “shot,” but the last shot of Act IV is so weighty that it left me emotionally drained. It’s not particularly subtle by any means, but after the preceding two hours it’s certainly well-earned.

Just because the game trades primarily on its writing and visual elements doesn’t mean that mechanical interaction is completely ignored. For the first time, Conway is almost completely unplayable, representing his loss of control. Dialogue trees are less about getting the best ending, instead engendering a connection between player and player character. Like so many of the game’s other elements, the way the player interacts with the world is very subtle and precise. 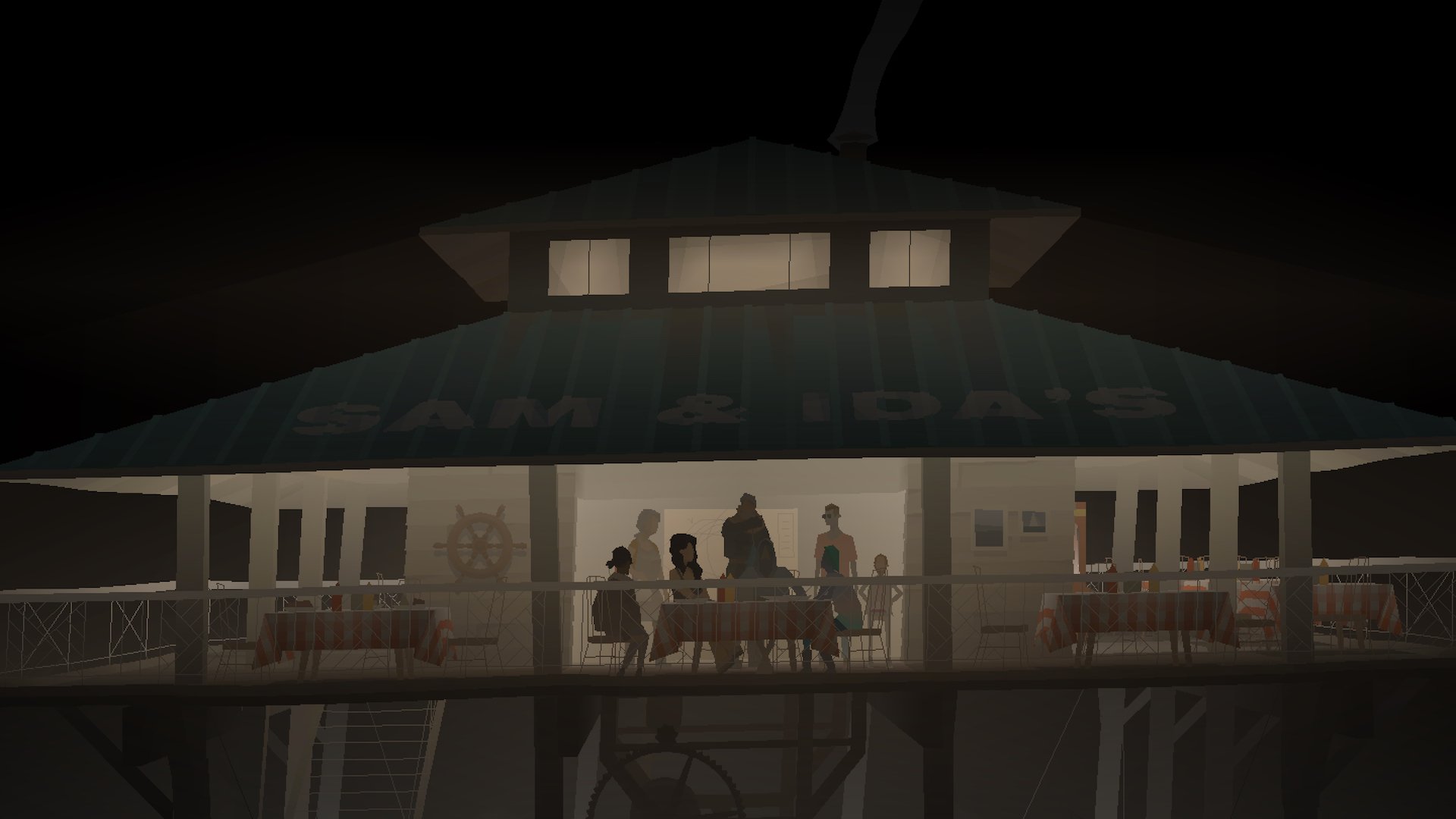 To the best of my knowledge, there are few games released in the past few years that so accurately portray the complex relationship between hope and sadness. Kentucky Route Zero manages to do just that, exploring complex themes through the lives of equally complex people. The central thesis of the game — and the acts that comprise it — may not be easy to swallow, but to borrow a phrase from Act IV, there’s no shame in being forgotten. But that’s for people; if there’s any justice, Kentucky Route Zero will not be forgotten any time soon. This game is one of the best story-focused titles I’ve played in a long time, and I feel better for it.