I went into Just Cause 4 with tempered expectations. I enjoyed Just Cause 3 given how big a jump it was from the second installment, but the post-release DLC absolutely drained me. The gameplay was already feeling stale by the time the plot had run its course, so to jump back in for micro-bursts felt like a chore, despite the neat gadgets and gizmos included.

So what could a fourth Just Cause improve upon? More gadgets and gizmos? Better mission design? Or maybe they could remove stuff for no apparent reason and put the fun gadgets behind a DLC paywall from the get-go? 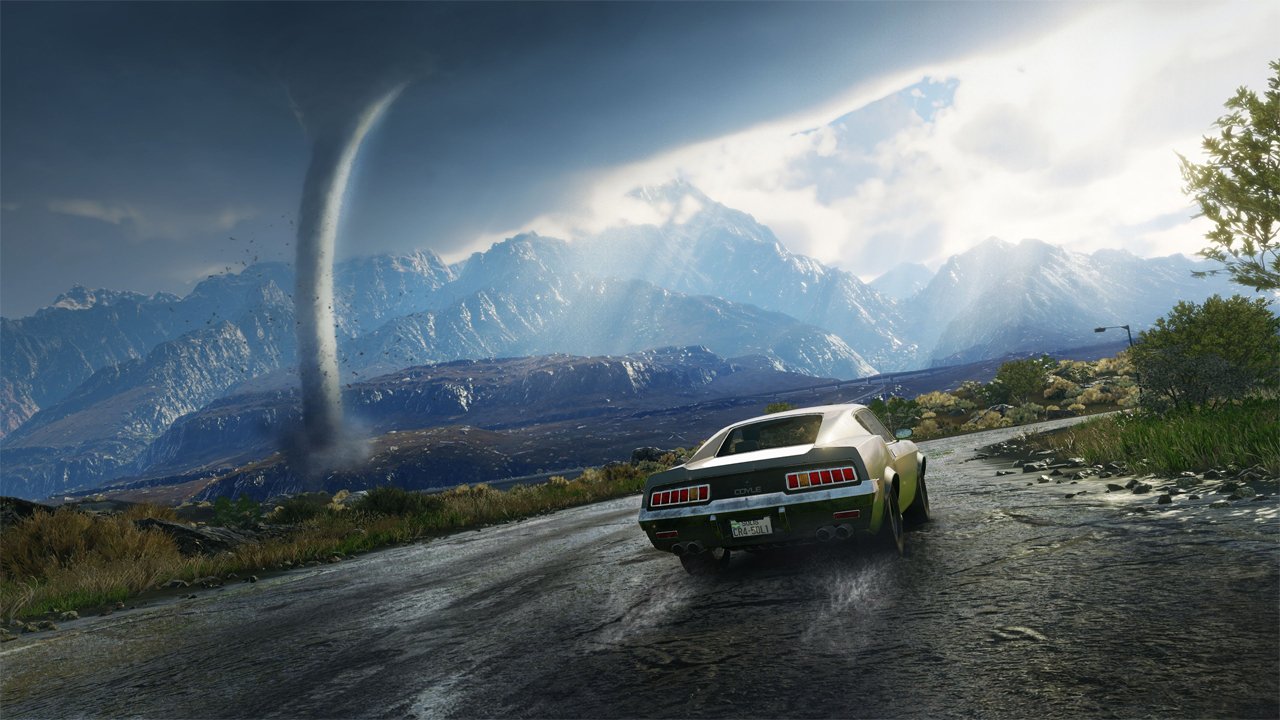 The “big thing” in Just Cause 4 is weather manipulation. The plot centers around it (and some actual plot which falls flat), new weapons utilize it, and it is ingrained into the map as well. It’s a neat hook; the thought of owning the Lightning Gun is very provocative and actively makes me want to pursue unlocking it. And then I unlocked it and it was the most boring thing I could think of. It shoots a straight beam of energy and can also lob a “lightning grenade” which is really just a grenade. Neat.

Just Cause 4 feels tedious almost immediately. Yes, it is still exciting to master the movement of the grappling hook, parachute, and wingsuit, but when story missions force Rico to drive someone two bazillion miles to a destination while fighting off the same three types of vehicles, an interesting question arises: does Avalanche Studios understand what makes these games so great?

Let’s break it down. What’s your favorite thing about the Just Cause franchise? Chances are the first things to come to mind are the explosions, grappling hook, and Rico’s suave accent. All these things are present in Just Cause 4, but it doesn’t feel like they were the main focus in development.

Let’s start with explosions. There are plenty of explosions for sure. In fact, every time I boot up the game I can hear some random explosion happening in the distance, and I love that. In general, though, the source of these explosions is all very same-y. There are a ton of red explosion barrels of course, but the amount of red, destructible objects seems to have gone down. I can’t count how many times I’ve seen the same giant antennae, the same giant propane tanks, and the same radar dish. They’re everywhere.

Progress comes by unlocking new areas of the map, which often require Rico to swoop in and complete some small-time mission to get rid of the baddies in the area. Completing the mission usually allows for the player to dispatch a “squad” of their own troops, a resource acquired by blowing shit up around the map, and claim the area. The mission design itself hasn’t changed much, either. At first, objectives feel somewhat varied, but just a handful of hours in, things become predictable.

Overall, it’s a better system than the previous game, but the missions themselves become tedious quickly. Heading into a mission area always has me thinking “I wonder what terminals I’ll need to push to complete this mission.” While the lack of varied explosives allows the players to instantly recognize what they’re looking for, it leads to a more formulaic approach to missions that feels antithesis to what the series aims to be about: explosive freedom.

The grappling hook works the same as always, but with some tweaks in the form of an upgrade system and loadouts. As the story progresses, Rico unlocks new gadget to use in tandem with his grappling hook, like balloons, boosters, and C4. In a way, it’s unfortunate that the C4 is removed from Rico’s normal arsenal and attached to the grappling hook loadouts; it feels like a step backward. It’s a system that gets more convoluted the deeper it goes, as dealing with multiple grappling hook loadouts that all do different things gets confusing. Again, it’s something that feels like a hurdle towards the goal of freedom in chaos. 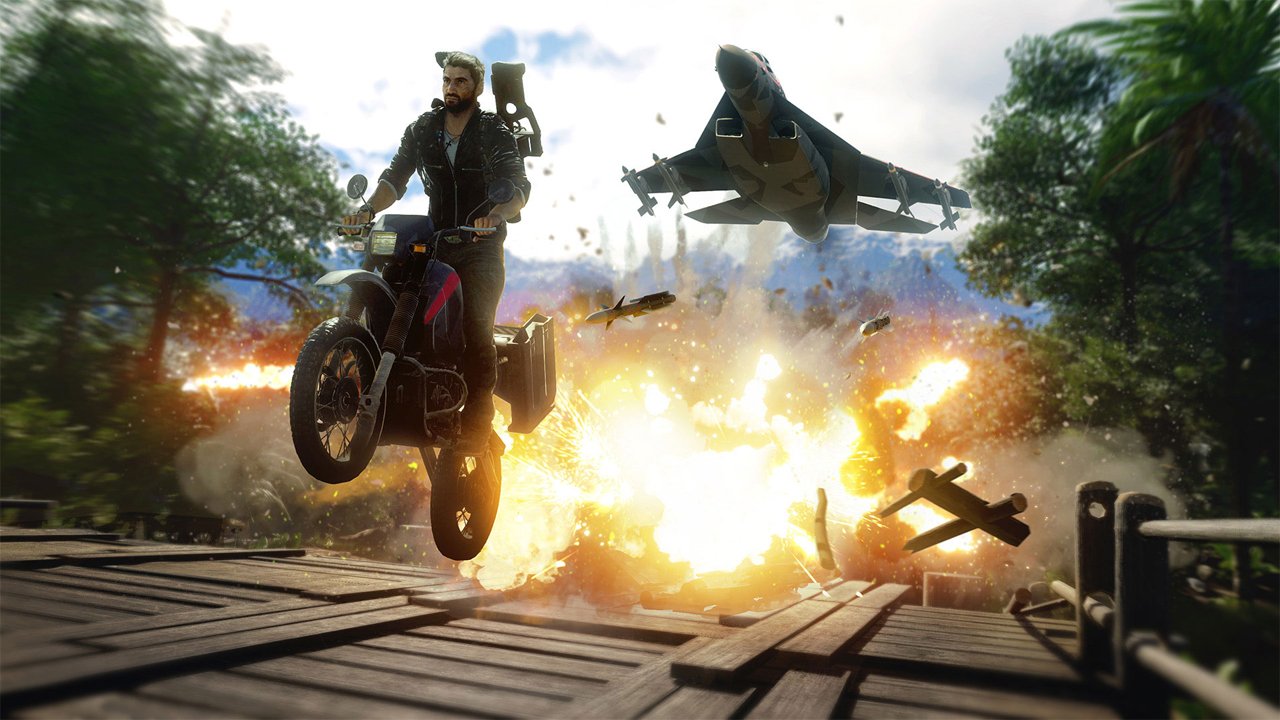 And then there are the technical aspects. As you read, just remember that I played on PC (my specs are at the beginning of this review). Just Cause 4…does not look great. Sometimes, for a brief moment, it’s breathtaking. As Rico soars through the skies over lush landscapes with cities in the background, it is a tremendous sight. The issue is that 99% of the time, that image is marred by a ton of pop-in.

The game hovered around 45-60 frames per second with everything on High, and that became more stable as I played with the options. Even on High, though, the fidelity just feels lacking. I’m honestly not sure if this is a visual step up from the third game. The water looks awful and the hair on the characters is mind-bogglingly gross. The character models, in general, look poor and I’m not really sure why. I should also mention that while I have not experienced the game crashing, others have reported frequent crashes on PC.

Even the controls on PC feel awkward, especially within the map user interface. I never thought I’d have a problem navigating menus on a PC in 2018, yet here I am, fumbling over buttons and constantly entering and exiting the menus on accident. Controlling a jet with the default controls feels like absolutely no one tried this control scheme out, using a can of alphabet soup to assign default keybinds. They can be changed, but what the hell, man? 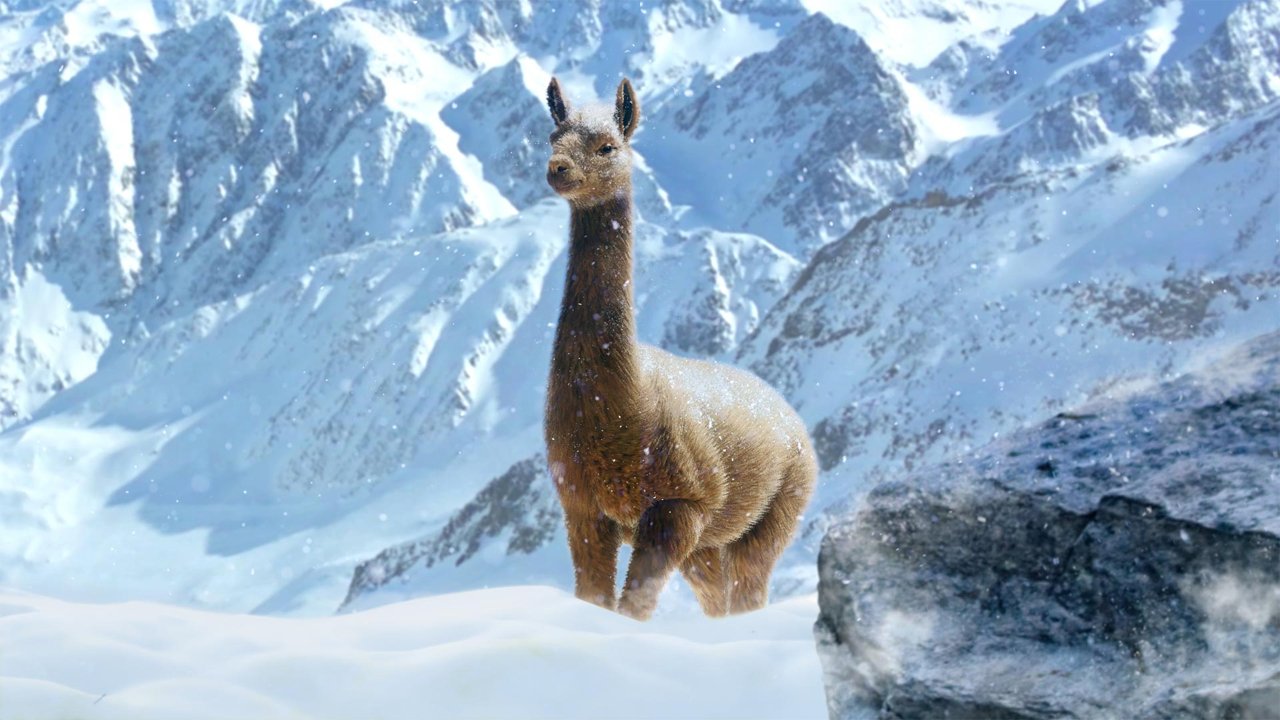 Just Cause 4 is not a better game than its predecessor. In many ways, it feels like the same game, just with a new continent to explore. For some, this may be all they ever wanted, but for the rest of us, it’s just not enough. The formula starts to show itself early and can feel monotonous only a few hours in. There will always be joy in the mass destruction of the Just Cause 4 games, but the games seem to rely more and more on “making your own fun” instead of pushing the player into exciting and unique scenarios via the mission structure and overall game design.