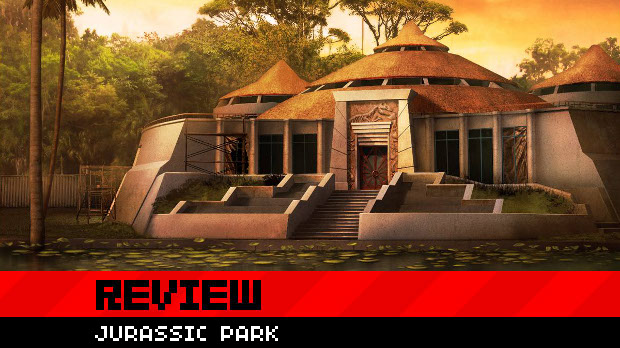 Telltale Games has an established modus operandi for making games. The developer obtains licenses to beloved old franchises, then expands the universe with its own fiction, along with a dose of puzzle solving and exploration. It worked well enough with Back to the Future, and now the developer hopes to rein in dinosaur fans with a four-episode game dedicated to another old movie that many hold dear in their hearts: Jurassic Park.

The opening sequence sets the tone for the game. A mysterious woman is being chased through the jungle by dinosaurs, until she falls off a cliff and is nearly hit by a car. The scene brings up several questions, like, “Who is this woman?” and “What is she doing on Isla Nublar?” and “Is the main focus of this game going to be a series of quick time events in which people run away from dinosaurs?” 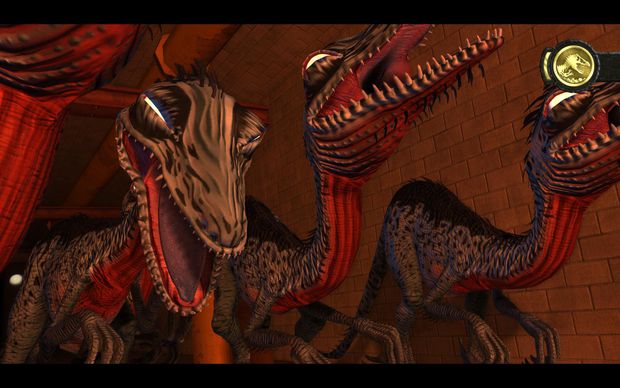 The story in Jurassic Park: The Game occurs during and immediately after the events of the original film. In the first episode, there are a few small callbacks to events from the movie, such as the mention of a hotshot paleontologist on the island and the devastated visitor’s center. The focal point of the story is on the fate of the stolen embryos in Dennis Nedry’s fake can of shaving cream.

It follows a group of survivors left on the island after having missed the evacuation boat during the storm that knocked out the power in the park. These include the park’s veterinarian and his visiting daughter, a jilted geneticist who cares more about dinosaurs than people, the mysterious woman sent to steal dinosaur embryos, and a few mercenaries to rescue the stragglers.

While that seems like a decent enough premise on which to build the story in Jurassic Park, it falls flat in practice. Each of the characters has a backstory that the player learns more about as the game progresses, but most of the characters are so unlikable that it’s difficult to care. Perhaps it is by design that the characters are mostly irritating, so the player doesn’t feel too bad when they are inevitably devoured by a tyrannosaurus rex. 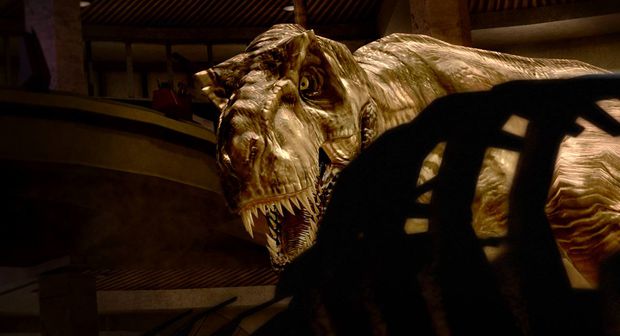 Some of the situations the characters find themselves in are too ridiculous, even for a story about an island where we cloned dinosaurs using ancient mosquitoes and frog DNA. If it weren’t as cumbersome to say, I would try to coin “velociraptors on a roller coaster” as a new version of “jump the shark.”

The story is far from the worst element of Jurassic Park. While the gameplay isn’t exactly terrible, it is incredibly boring. It is broken up into two types of sections: action sequences and puzzle sequences.

The action sequences consist entirely of quick time events. While this would be tolerable in moderation, it feels like 75% of the time spent with Jurassic Park is in these QTEs. Compounding on that is the fact that many of them feel arbitrary until after you see the effect. For instance, an arrow may appear on screen instructing the player to press left, and while it’s clear from the action on screen that the character may want to dodge, it’s not always clear why he has to dodge to the left specifically.

The worst offenders are the double or triple arrow quick time events. The arrows themselves are surrounded by a number of circles letting the player know that there are multiple sequential inputs necessary, but the second command isn’t displayed until the first button is pressed. With the limited time allotted to input the commands, the player would either have to be clairvoyant to input the correct command, or he would have to go memorize the order of button presses and return to the sequences to replay them. It’s unfairly difficult the first time, but then stupidly easy the second time, and it gives the player no satisfaction.

The upside to this abundance is that failing certain segments will get your character killed. Although Telltale marketed these deaths as gruesome and intense, they really don’t accomplish that. Most death scenes show a few seconds of the character being bitten or swallowed whole, then immediately cut to the “you are dead” screen. While it could be annoying to have to sit through the same long death sequence multiple times, their brevity gives them no weight, and the lack of graphic detail makes them more comical than I think was intended. 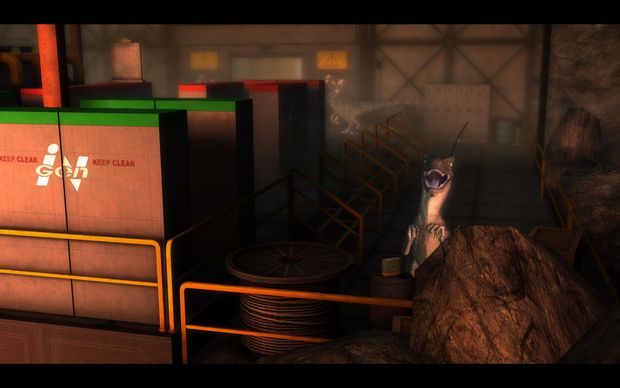 Following the lead of the boring action sequences, the puzzle sequences require virtually no thinking. Most are solved by clicking all the investigate icons until something happens. Over the four episodes, there were exactly two puzzles that one could rightfully call puzzles; the remainder of these sequences essentially play themselves.

Outside of the story and the gameplay, Jurassic Park has some decent production values. There are a few graphical glitches, but overall, the environments and the dinosaurs look fine. The human characters all have a bit of a stylized look to them, which works fine until they start talking; the low-quality facial animation brings them a bit into the uncanny valley. The music is appropriate, and although the original songs weren’t composed by John Williams, the score sounds similar enough to the movie that it doesn’t seem out of place here.

As a game, Jurassic Park is pretty bad. Both the action and puzzle sequences are uninteresting at best and obnoxious at worst. As a movie that forces you to press buttons arbitrarily and occasionally rewinds thirty seconds because a character died when he shouldn’t have, it fares a bit better. Still, considering the grating characters and the ridiculous plot, I can’t recommend it to anybody, even hardcore fans of the Jurassic Park fiction.