Watching a little old niche series like Yakuza rise to stardom was a wild thing to witness. Playing those silly games in my living room while Sega waffled on whether or not to localize them was a markedly different time: now it would be weird if we didn’t get one.

We’re even at the point where these Sega-led adventures are getting English dubs: like the noir-tinted not-Yakuza project Judgment. 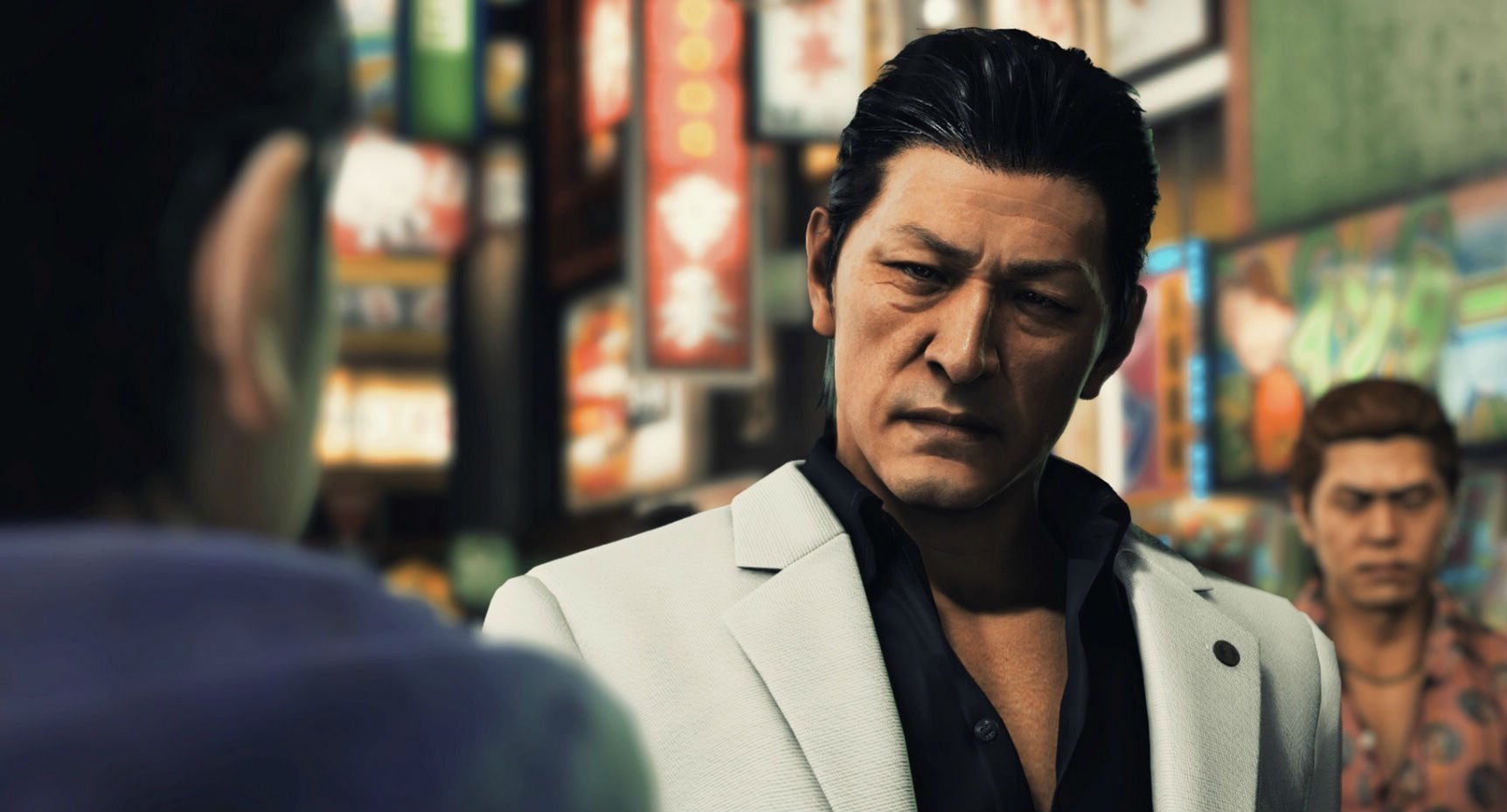 This isn’t Yakuza – except it kind of is. Gone are the orange and red hues of Yakuza‘s Japan, replaced by Judgment‘s mostly blue streaks. This is a grittier take on the country, albeit one with flaming jump kicks.

There are very few forces as fierce as a lawyer scorned – or at least that’s how Judgment sees it. Our hero Takayuki Yagami was burned (literally and figuratively) by the game’s big bad and seeks vengeance by way of a detective agency, complete with an anime/superhero friend group. It still has that serious Ryu Ga Gotoku underworld tint, but it’s also still as ridiculous as ever. Our lawyer-turned-detective fights a group of street punks (classic Yakuza) in the first five minutes of the game, complete with a “come on” action movie hand gesture. Grit or not this is still a fantasy world.

The combat system is deliberate and combo-based. There’s your typical light and heavy attack concept (which can be chained together), as well as grabs, blocks, lock-on, light dodging (it’s not an invincible dodge roll or anything, more like a quick dash), and “EX” moves, which are triggered when you’re near a weapon or when an enemy is in a certain state (like on the ground). Contextual actions are commonplace, and as you work your way through the game’s skill system you’ll unlock even wackier wall-jump or leapfrog-esque abilities to take punks down.

Most of this is facilitated through the game’s dual fighting style system. There’s one for groups (crane) and a one-on-one stance (tiger), which are, in lovely fashion, denoted by appropriate blue and red hues when swapping and fighting it out. I dig being able to change at any time depending on the situation, or in special circumstances like when I pop crane to knock back an army, then pop tiger to pummel on their leader, only to swap back when the mob returns.

The main weakness of Judgment‘s use of this concept is a disparity between skirmishes. On the lower end, there’s a lot of trash fights with very weak combatants, which can be thwarted with easy crane or tiger mashing. On the high end, there are bosses that can cut through your guard (like literally, they can cut and scar your health bar until you see a doctor or use a medical kit) like butter. Around six hours in or so things start to normalize as Judgment doles out a healthy mix of both, throwing more unique enemies your way, but even then I found myself running from a lot of random city encounters not out of fear, but convenience.

There’s a lot you can do out of combat to influence how things go in the ring, too. Drinking alcohol can also alter your stats (a faster EX gauge charge, access to the drunken fist technique), and there’s a veritable buffet of skills to buy for both styles and ancillary stealth actions (like lock picking, suspect chasing, and photo taking). Yep, this is part detective game after all!

Think of them like a collective of various Assassin’s Creed mission archetypes: there’s several facets to it. Some Judgment sections are in first-person, requiring you to identify targets or take photos of suspects, most of which aren’t particularly engaging (one very early on asks you to identify someone with “almond-shaped eyes”). Ultimately it feels more like a time-wasting minigame than anything else.

Then there’s the tailing/chase element, which attempts to sidle in some action alongside the already good combat, with mixed results. The tailing element flat-out sucks most of the time, as targets predictably walk for 15-20 seconds at a time, casually look back, then go about their way. Thankfully these only last a few minutes and aren’t super frequent, but again, they feel superfluous and could have just been done by way of a cutscene. Tailing and escort missions have had a stigma for decades and nothing is done to shirk that here. 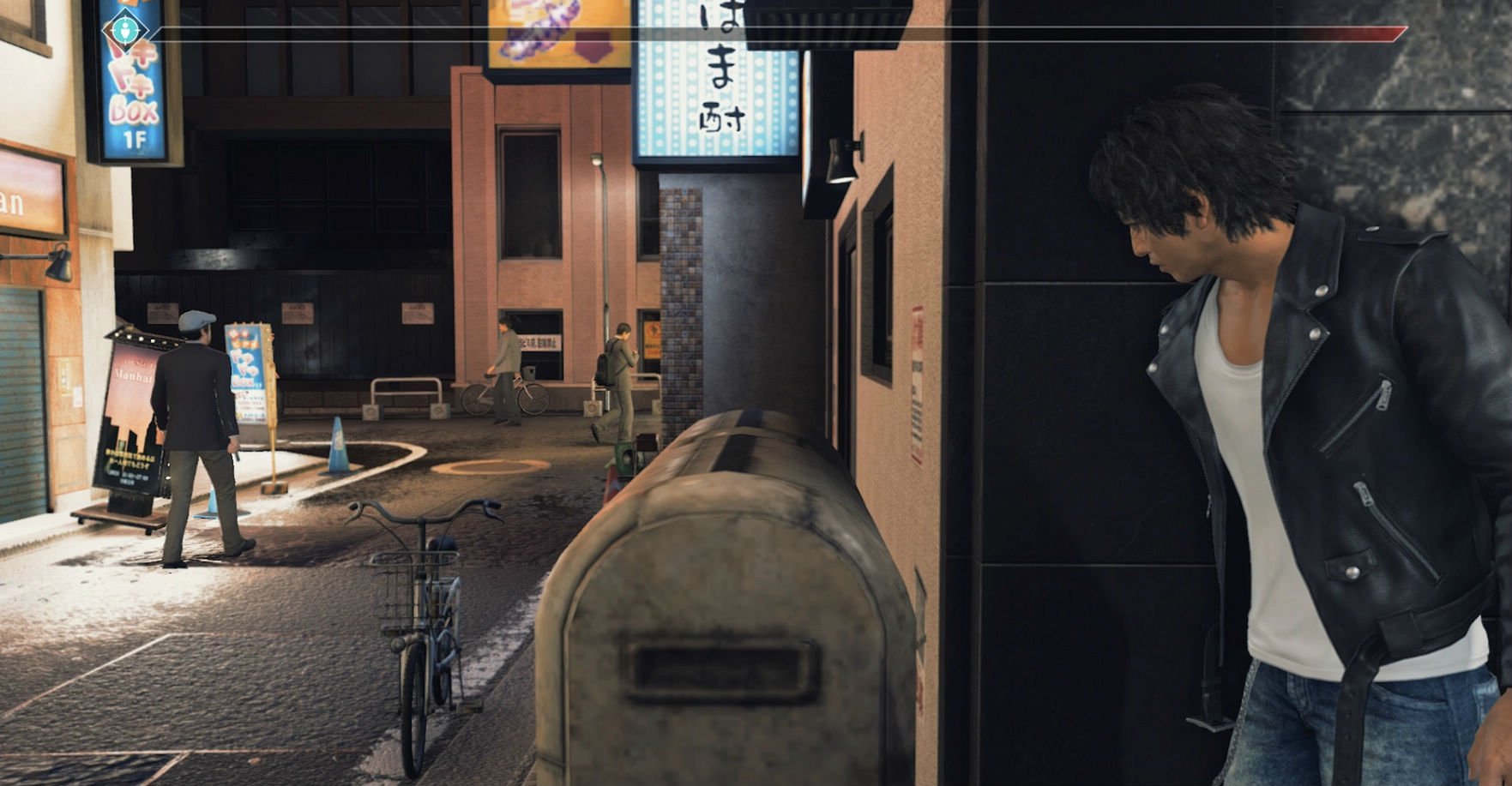 Chases, on the other hand, are a bit more fun. If you’re a fan of old-school Shenmue-style chases, you’re in luck, as even the QTEs come to roost here. Some of you might be throwing up in your mouth a bit but this is totally my jam. Then there’s “chaining” smart/clever dialogue choices (that get to the point), presenting correct evidence to a suspect, and drone (called the “Pidgeon”) survey missions, all of which add a more unique layer to Judgment that actually benefits the storytelling.

It’s give-and-take, and you can clearly see the developer’s intention to wildly experiment as you play along. I’m not the kind of person where a few minutes at a time will “completely ruin a huge 30- to 40-hour game,” but a few of the aforementioned errands are markedly annoying and overly simplistic. Once you confront your quarry and shit goes down, it gets interesting again.

The detective gameplay might be touch and go, but you also get the benefits of the hard-boiled/noir angle from a narrative perspective (complete with that classic detective reflection voiceover). Then there’s the prospect of working for your old law firm again that throws a legal aspect into the mix, all without getting too convoluted and keeping the focus on fighting, action, and the city of Tokyo as one of the most prevalent cast members.

Plus, it’s affable. You can decorate your tiny office, play records, go buy eccentric food on the streets of Kamurocho (KabukichÅ), Tokyo, and of course, embark upon minigame adventures. I’ll spend a lot of time just walking around in first-person mode, buying coffee. Old-school arcade machines (with playable classics like Fantasy Zone, Puyo Puyo, Fighting Vipers, and Virtua Fighter 5, plus originals like the lightgun shooter Kamuro of the Dead). Oh, and Yu Suzuki must have it in his contract that Space Harrier should be in everything ever.

Add on a healthy dollop of dating and friendship missions and you have a winning formula for time-wasting. This world just straight-up feels lived-in. When your partner dropkicks three goons into oblivion, you’ll feel a rush. The same goes for calling in a local convenience store owner for support in a fight with an EX action after befriending them. There’s an NPC I call the “stray cat king” that takes care of wild animals. The detective angle doesn’t sour the absurdity of it all. Dual audio is always appreciated, but like other games that take place in Tokyo, Japanese dialogue adds a degree of authenticity to it all.

I appreciate that the Yakuza studio wanted to try something different with Judgment, even if the biggest deviations are the absence of the bankable character Kazuma Kiryu and the addition of some detective busywork. Given that said work is typically brief, this is an easy one to recommend to Ryu Ga Gotoku acolytes and folks with patience.