Joe Danger was the definition of a perfect downloadable game. It was reasonable priced, it was tons of fun, and it was packed with content.

Naturally, since a lot of other people felt the same, a Special Edition version of the game and a full sequel were produced — now, we’re onto Joe Danger Touch, as Hello Games seeks to resonate with the non-console crowd.

The real test for the studio, however, is to make the game not only appealing to newcomers, but to fans of old as well. 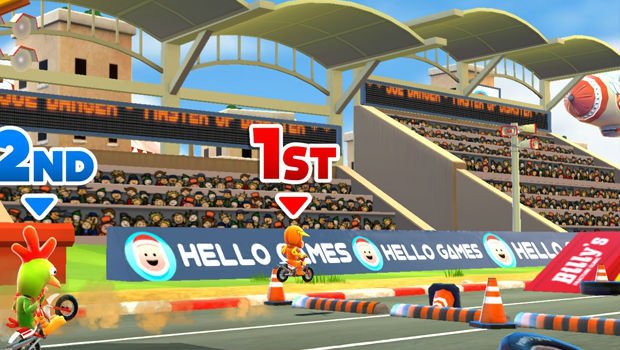 To be clear, this is a new Joe Danger game. It’s not a port, and the levels and controls are built from the ground up for iOS (what a novel idea!). Since the game is built with mobile platforms in mind, it does not contain the ability to manipulate your movement like the core game series, by means of speeding up and slowing down.

As you can imagine, without the ability to change your speed, Joe Danger is fundamentally different. While people may feel like the game has been “dumbed down” as a result, it ramps up considerably after the first few levels, and you become acclimated to the new style fairly quickly.

The fact is, if Hello Games had added too many virtual buttons, people would just yearn for a better control option. Simplicity is key with iOS games — just look at Rayman Jungle Run — but the controls aren’t simply “let Joe drive, press the screen occasionally.”

Despite the aforementioned changes, that doesn’t mean the game doesn’t take advantage of the touch screen. There are gestures involved, like swiping Joe out of the entry gate to earn a timed boost, swiping to switch tracks, tapping to grab items, or dive bombing out of the sky for an early landing.

Despite my initial reservations of my inability to change Joe’s speed, I ended up liking some of the changes more than the original. For instance, there’s nothing more fun in my experience with the game than rushing through a level, judging jumps and obstacles, and hunting for hidden objects simultaneously. This adds a new dimension, and gives the touch version a unique feel to it. 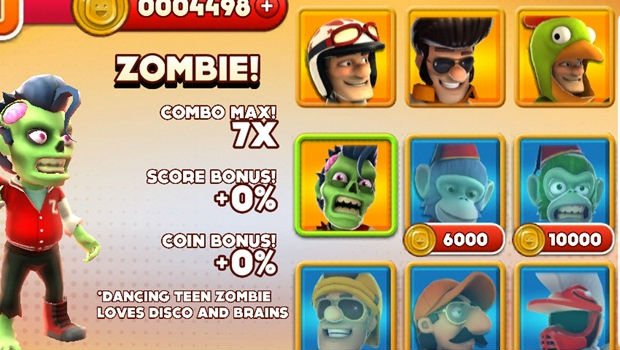 The tried-and-true “three star” ranking system is present, which allows you to rank up and unlock new content. How you actually earn said stars is different depending on the stage, and is reminiscent of the Tony Hawk series (spelling D-A-N-G-E-R, for instance). I like this setup, as it mixes things up a bit and keeps you on your toes.

In App Purchasing (IAP), an avenue that lets you pay money to unlock content is an option, but thankfully I never really felt like I was hitting a paywall (a point where you essentially can’t progress without spending money), like a lot of other mobile games on the market.

Similar to the console versions, I had the drive to keep pursuing my goals until I earned them — the fact that you earn coins even when you die also helps, as you always feel like you’re working towards some sort of goal. There are bonus levels where you need to buy a costume with in-game coins to play them, but you can skip past them and continue on your path. 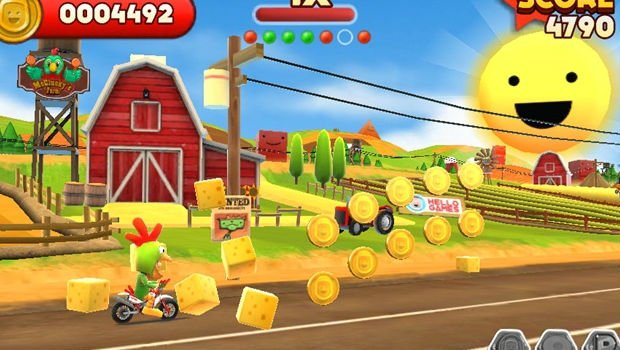 Sadly, there is no multiplayer support (which would have been amazing), but social Game Center challenges are offered in lieu of that. Thankfully, they’re fairly well done, and the challenge system allows players to challenge others and ride through stages they haven’t even unlocked yet, in favor of having fun with a buddy.

Like Rayman Jungle Run, Joe Danger Touch really “gets it” when it comes to iOS gaming. You don’t need to 100% replicate console experiences, and “simplified” doesn’t have to always mean “dumbed down.” All in all, Hello Games did a great job bringing the Joe Danger franchise to your pocket, and I highly recommend it to anyone — former fan or not.