J-Stars Victory VS+ is a game that’s mechanically light, heavy on fanservice volume but that only ever skims the surface of the characters it includes. If you want an anime brawler that focuses on the sheer volume of anime characters represented then this is probably the game for you. If you want a game that really takes advantage of the fantastically varied cast at its disposal, look elsewhere.

Before we really dive into my feelings on J-Stars Victory VS+, I feel like it’s important to give you a bit of context for my personal interest in anime. I grew up in the mid 90’s watching shows like Cardcaptor Sakura, Dragon Ball Z and Sailor Moon in their limited runs on UK TV. In the mid 2000’s I got very into a lot of the more popular Shonen anime of the time, shows like Naruto, Bleach and Death Note. More recently, my anime love resurfaced in the form of an obsession with sports anime like Free! and Haikyuu. 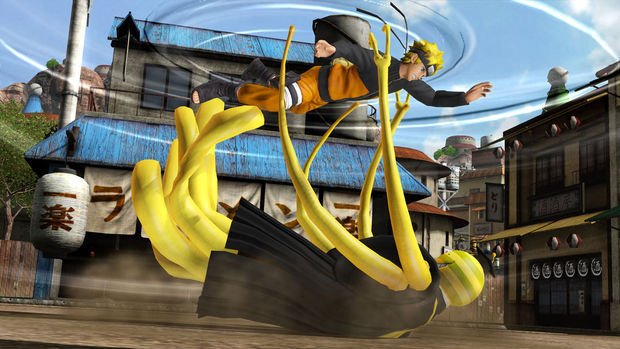 I may not be the most knowledgeable anime fan out there, but I’m always willing to try out a new series if it looks interesting. As such, I was pretty excited coming into J-Stars Victory VS+. I was hoping to experience well known characters I already knew, as well as finding new characters to get invested in and try watching going forward. Unfortunately, J-Stars Victory VS+ was a bit of a disappointment in that regard. The representations of characters I already knew didn’t feel accurate and the hooks to get invested in new series just weren’t there for me.

So, as this is a fighting game first and foremost, let’s talk about the fighting mechanics at play. Every character has one light attack button, a heavy attack button, a special attack button, a block and a dash. While these are tailored to each character, the movesets all feel very similar to play using. While it’s cool to see Ichigo pull off a Getsuga Tensho and Goku a Kamehameha, both on a mechanical level act near identically. Every move is an approximation designed to fit a specific combat system’s mold, which ultimately takes away some of what makes these characters unique.

Defensive techniques like cancels are minimal, so if you wait for an attack animation to start then start mashing buttons you’ll usually win. J-Stars Victory VS+ is not a game of skill, it’s a game of waiting for any enemy to attempt anything slower than a light attack, interrupting with a light attack then button mashing while they remain locked in your combo.

So, ignoring the fact the combat system itself lacks depth, lets look at how this functions as a pure fanservice game. Just looking at the numbers there is a lot here for fans of Shonen anime to love. There’s representation from newer series like D.Gray-man as well as older series like Rurouni Kenshin and a whole host of series in between. There’s even inclusions from my super niche sports anime, but only as support characters rather than full playable roster members. Damn, I was just about ready to praise this game for supporting my niche interests.

So, let’s talk about the modes on offer in J-Stars Victory VS+. There’s J-Adventure, where you sail around the world on a tiny boat given to you by god to earn your way into a tournament of champions, where everyone involved seems perfectly fine with the fact god gave them a boat that couldn’t get most of the places it needed to go and needlessly pads out the experience with narrative fluff between fights. This mode has four arcs, each of them near narratively identical. I couldn’t see any reason players would want to go through all four of these, they’re all equally padded and dull.

Your other options are Victory Road which sets up special fights loosely themed around anime dream team fights, a standard Arcade mode which offers minimal challenge, local free battles and online free battles. None of these modes felt terribly coherent or fleshed out.

On paper, the roster of nearly 40 playable characters is certainly impressive, but what makes these characters unique is rarely utilized fully. Each character’s ultimate attack feels decidedly less visually impressive than comparable titles like Naruto Shippuden: Ultimate Ninja Storm 4. The story mode offered on disk features static 2D images of characters that may say the odd single word to each other, but otherwise remain silent. Their dialogue feels terribly homogeneous, stripped down so that every character speaks with the same uniform voice. This doesn’t feel like a series of characters clashing for the first time, rather it feels like one person in many different outfits badly acting out their alternative universe fanfiction.

Where the games opening cinematic gave me hope for a visually impressive, fanservice heavy experience, the single player largely boiled down to watching static images talk to each other in a weirdly unemotional tone then fight for no adequately explained reason. It just wasn’t compelling. 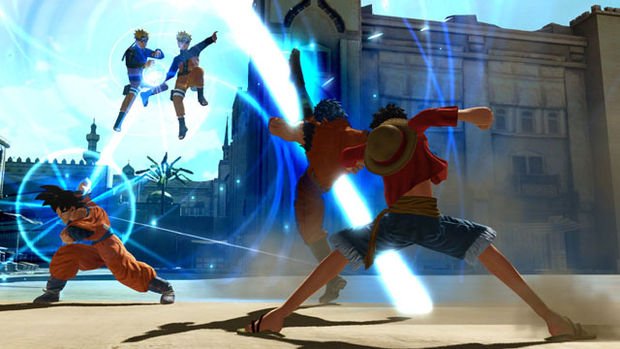 Ultimately, J-Stars Victory VS+ only succeeds as numbers on paper, the game itself being largely disappointing. The roster have had much of what made them unique stripped down, stopping me getting truly excited about the characters I knew and preventing me getting a sense of which characters were worth me investing future time watching. The mechanics are shallow, the fanservice is surface level and it only succeeds in terms of its pure number of supported characters. Overall, I walked away rather disappointed.